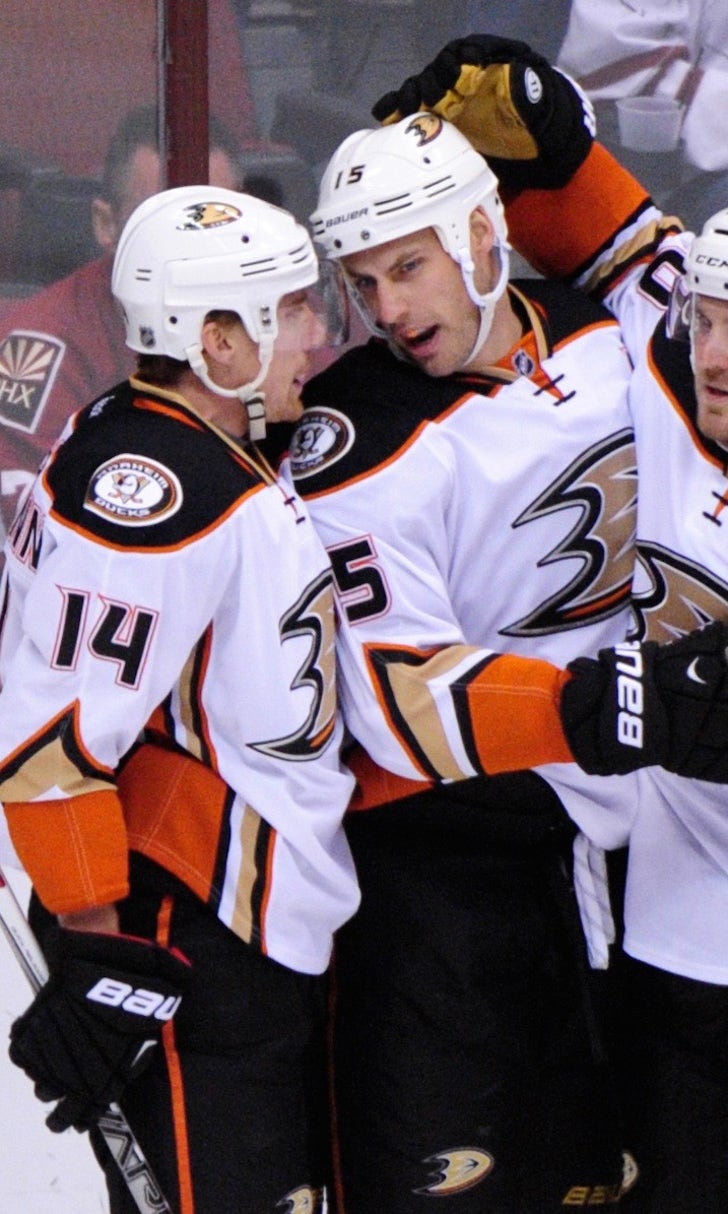 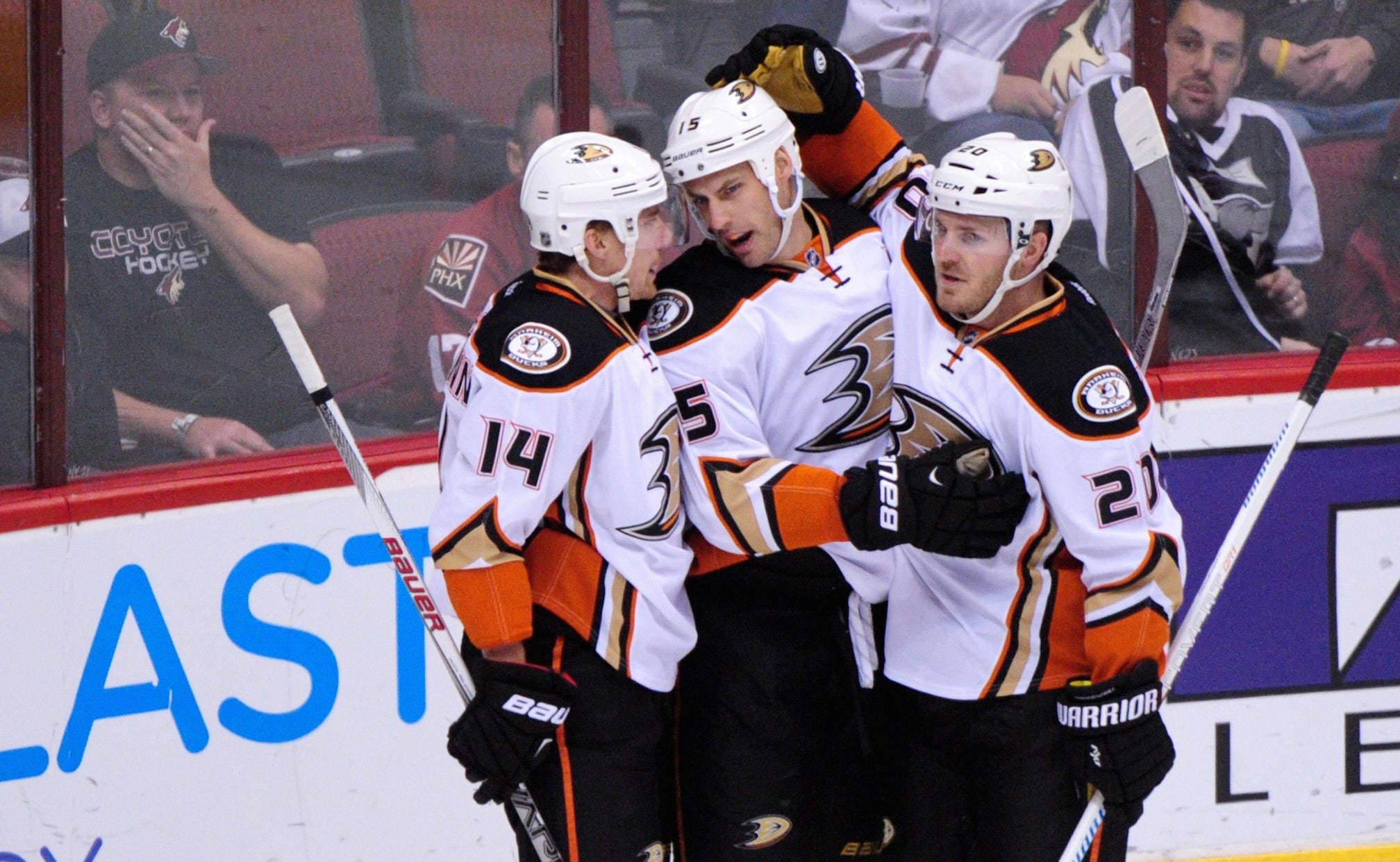 Ducks secure No. 1 seed in West with victory over Coyotes 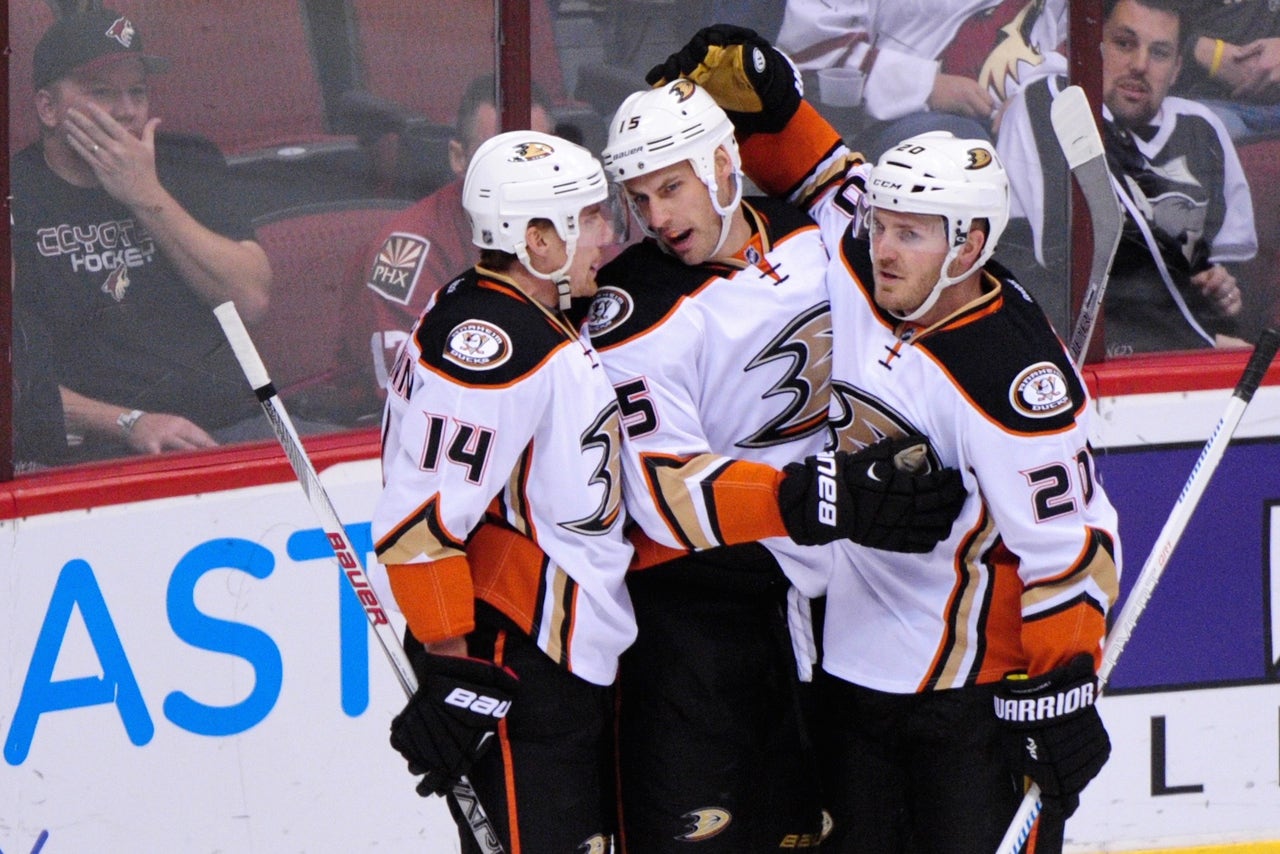 Ryan Getzlaf has had his fill of sitting out and watching games.

"It was pretty hard sitting in the stands watching the boys," said Getzlaf, who was held out of the Ducks lineup by coach Bruce Boudreau to rest for the playoffs. "It was good to back out there."

Anaheim snapped a two-game losing streak and secured the top seed in the Western Conference playoffs. The Ducks will face Winnipeg in the first round of the playoffs.

"It's going to be a man's series, I've got to believe," Boudreau said. "The just knowing thing is better than wondering."

The Ducks set an NHL record with their 33rd one-goal victory, surpassing the previous mark of 32 set by the New Jersey Devils in 2006-07.

Jakob Silfverberg also scored and Frederik Andersen made 23 saves for the Ducks.

Andersen is Anaheim's likely starter against the Jets when the playoffs begin, though Boudreau said he had not yet spoken to his goalie.

"It's the most exciting time of the year," Silfverberg said. "We know who we are playing and it's going to be a lot of fun."

Sam Gagner scored and Mike Smith made 36 saves for the Coyotes, who finished the season on a three-game losing streak. Arizona went 4-13-1 since Feb. 10 to finish with the worst record in the Western Conference.

"I think this (the frustration) is probably as high as it's been for me," said Coyotes captain Shane Doan, who completed his 19th season, all with the Coyotes/Winnipeg franchise. "It's personal. You recognize that it's winding down and not just the season but everything that goes along with playing in the NHL. I think it makes it even more difficult because you feel like you have to start over and it's a tough one to swallow."

Getzlaf gave the Ducks a 1-0 lead at 5:41 of the first period, taking a backhand feed from Tomas Fleischmann and beating Smith with a backhand shot from the low left slot. The goal was Getzlaf's 25th, second only to Corey Perry on the Ducks.

Silfverberg made it 2-0 with 36.2 seconds left in the second, one-timing a pass from Andrew Cogliano from behind the net and firing into the top of the net for his 13th goal.

Gagner pulled the Coyotes to 2-1 with 6:01 remaining on a shot from between the circles off a pass from Martin Erat from behind the net. Gagner's goal ended Arizona's 126:15 scoreless streak and helped the Coyotes avoid their 12th shutout of the season.

NOTES: Getzlaf has 57 points in 56 career games against the Coyotes. ... Of Getzlaf's 25 goals this season, 13 have either tied the score or given the Ducks a lead. ... The Coyotes' 56 points were the team's second-fewest since relocating to the Phoenix area from Winnipeg for the 1996-97 season. Arizona totaled 51 points during the 2012-13 season, the year after reaching the Western Conference finals. ... Anaheim lost three straight games in regulation only once this season.