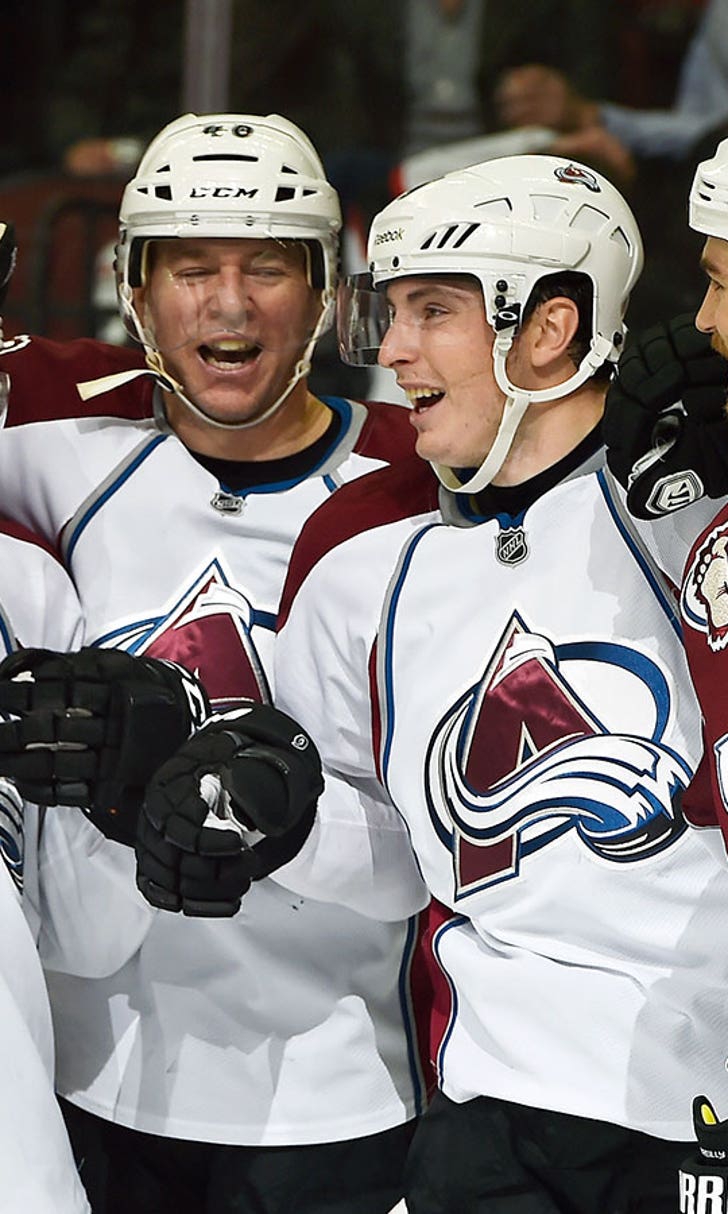 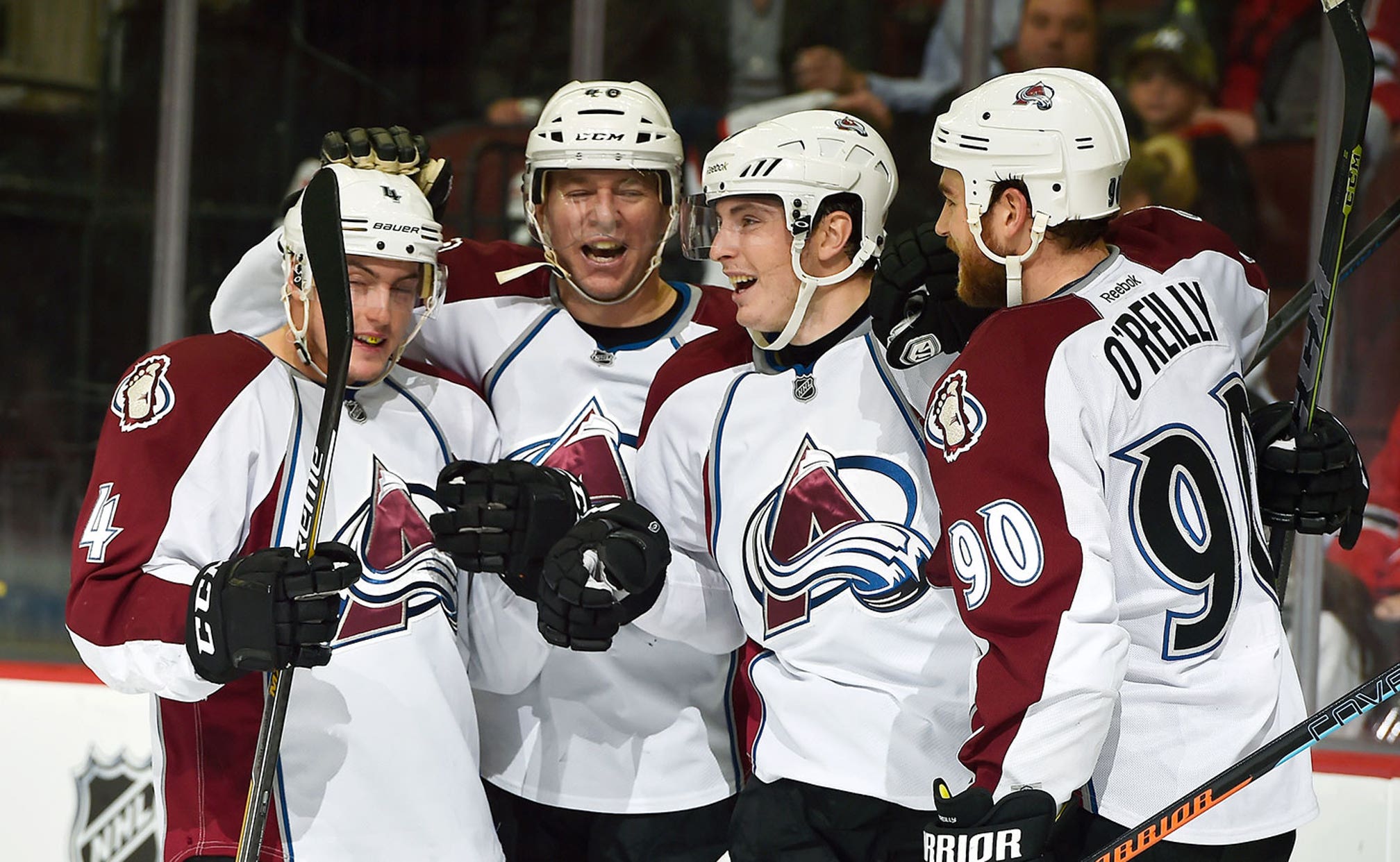 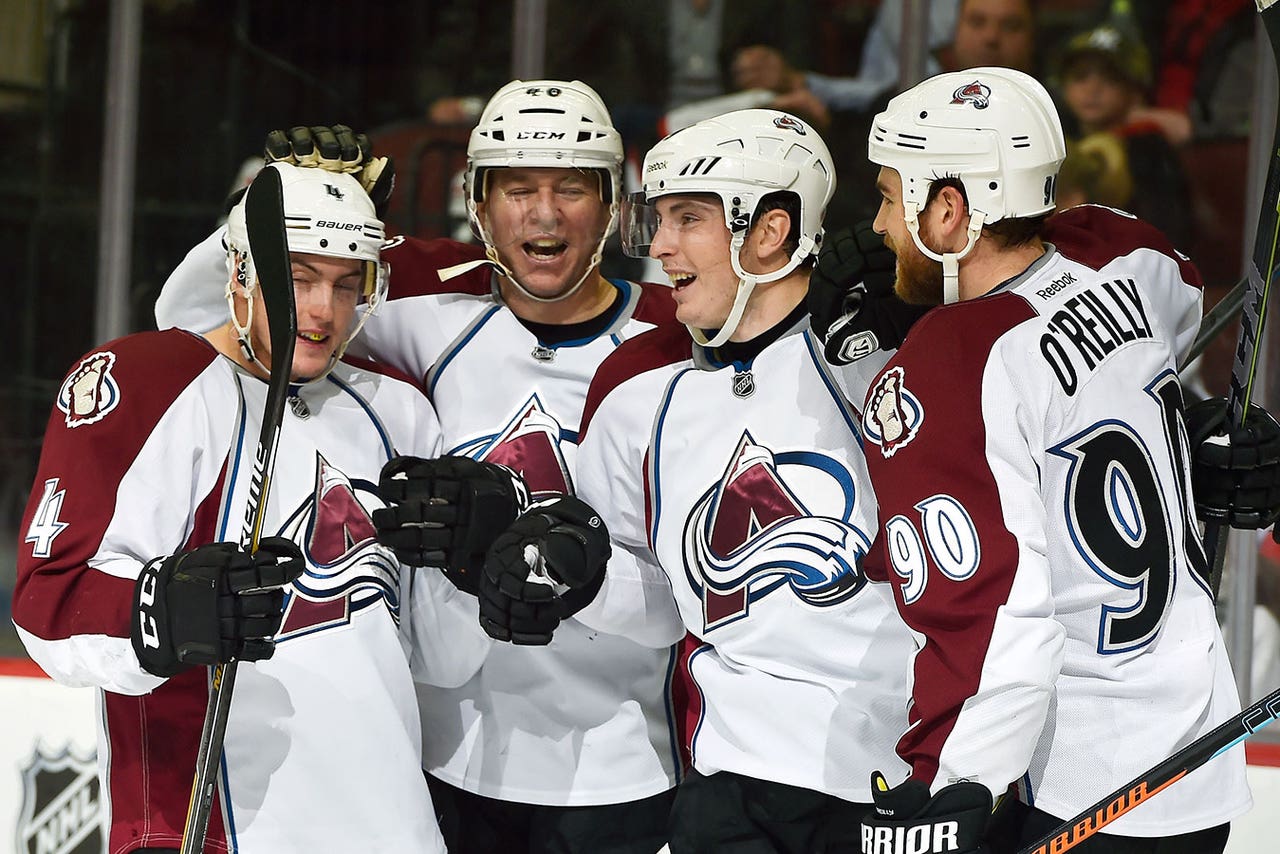 One flick of Matt Duchene's wrist created feelings of confidence within the Colorado Avalanche, and left the New Jersey Devils despondent.

Duchene's tiebreaking goal with 2:53 left in the third period powered the Colorado Avalanche to a 3-2 win over the New Jersey Devils on Saturday night.

"I was Johnny on the spot."

John Mitchell and Erik Johnson also for scored Colorado. The Avalanche finished its swing through the New York City metropolitan region with a 2-1-0 mark. The Avalanche are 3-5-3 on the road this season, and 6-8-5 overall.

"I see it coming back," Avalanche coach Patrick Roy said about his team's confidence. "Our guys are competing really well in our practice and...I think it shows in our game."

Semyon Varlamov stopped 23-of-25 shots in his third straight start.

Eric Gelinas and Martin Havlat scored for New Jersey, which saw its two game-winning streak end. They fell to 8-8-2.

"It wasn't good. I think it felt like one we should have won 2-1," Mike Cammalleri said. "It wasn't a good result."

Schneider made 27 saves in a losing effort. Schneider has started all 18 games for the Devils this season, and owns the franchise's second longest streak of games started by a goaltender to open a season. Martin Brodeur's 19 straight starts from Oct. 6-Nov. 2, 2001 is the franchise record.

His workload has become a topic of conversation around the Devils, but Pete DeBoer dismissed any notion that Schneider is tired.

"I thought he was excellent," DeBoer said. "He let in two goals. I thought he was good. I didn't think fatigue was an issue. He looked good all night. This one's not on him."

Deadlocked 1-1 entering the third, both New Jersey and Colorado received goals from defensemen. Gelinas put the Devils ahead 2-1 with a quick shot off an offensive zone face off that cleanly beat the Vezina Trophy finalist. However, Johnson drew the Avalanche even at 2-2 with an unassisted off-wing shot that rolled through Schneider at 12:30.

"We were in good position, made one mistake and it cost us in the end," Schneider said. "I've (stopped) that move a hundred times and that one squeaks in. Just a mistake."

The game remained tied until Duchene's game-winner -- his sixth of the year.

"(Briere) got the puck deep and was able to maintain it," Duchene said. "We came in and we were able to force a turnover at the blue line and just keep the pressure on until they broke down."

Havlat opened the scoring 2:04 into the game with a one-timer of a rebound that Varlamov couldn't control. But the lead was short-lived as Mitchell tied the game six minutes after Havlat's goal with a goalmouth tap-in.

That was all the scoring either team could muster in the first two periods as the game was tight-checking, and the goaltenders were strong when tested. Schneider gloved Marc-Andre Cliche's odd-man rush drive 2:25 into the second, while Varlamov swallowed Gelinas' slap shot with 8:54 remaining in the period.

Both Schneider and Varlamov were aided by their penalty kill units. New Jersey killed both of Colorado's opportunities --including a four minute minor midway through the second when Gelinas was called for high-sticking Cliche --with the man advantage, and have killed 10 straight power plays. Colorado repaid the favor as they killed both of New Jersey's power plays.

The Devils have only scored one power play goal in their last 21 opportunities dating back to Nov. 4.

"(The penalty kill) was very good," DeBoer said. "We have to keep building on that. (The) power play has been a little bit of an issue. That's something that we have to get better at. We could have used a power play goal. That would have been the difference (and) we couldn't find one."