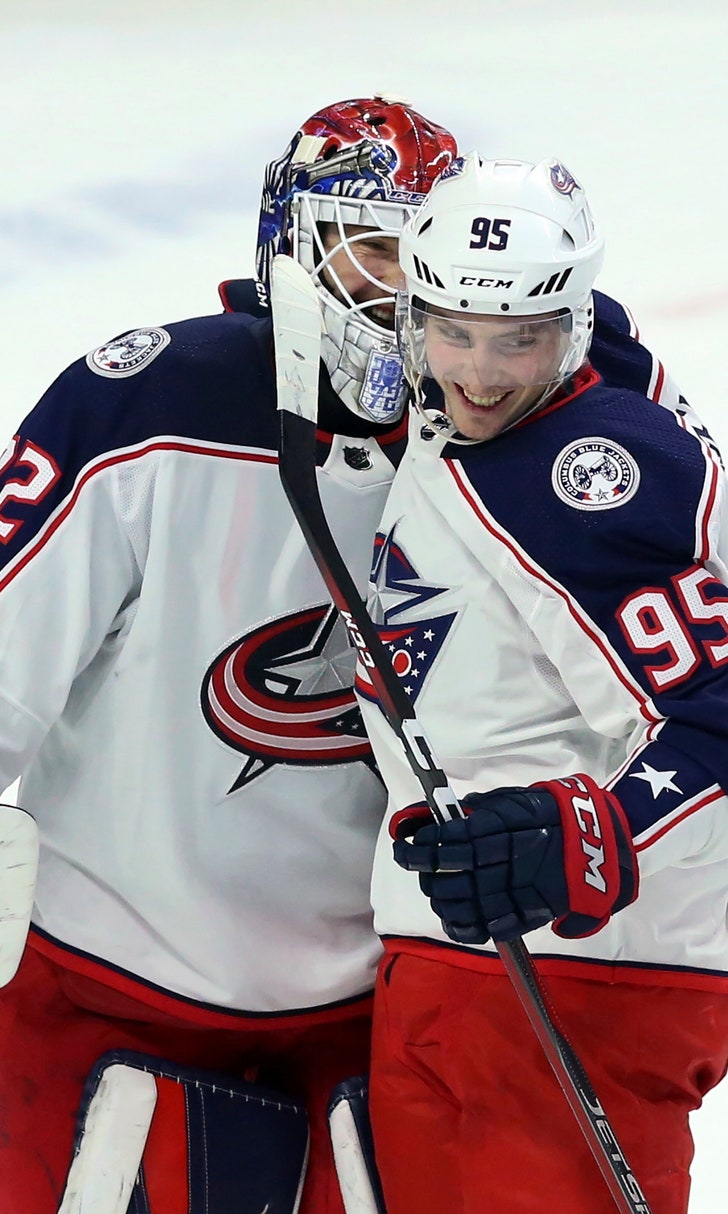 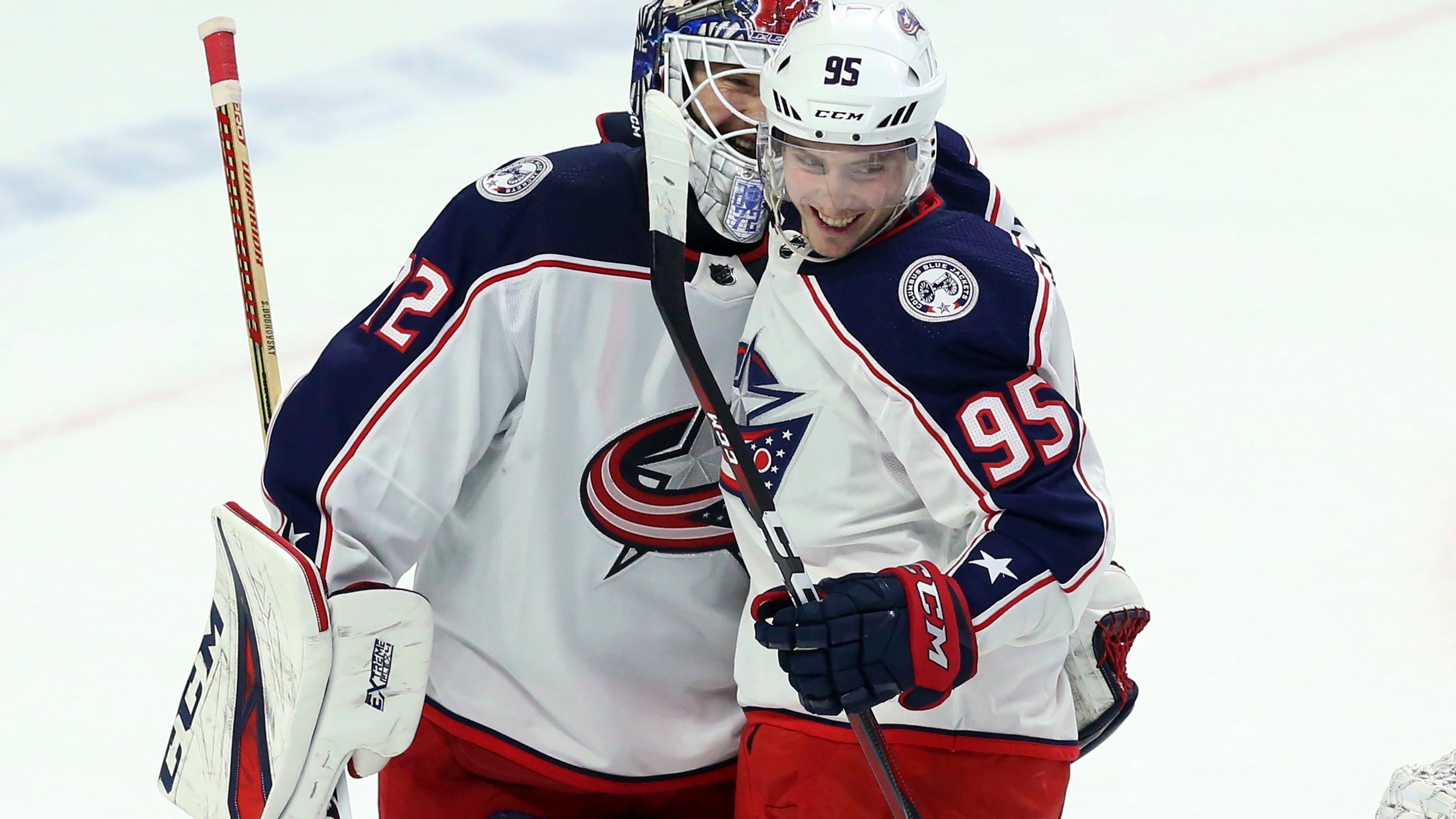 Duchene gets win with Blue Jackets after trade from Ottawa

OTTAWA, Ontario (AP) — Matt Duchene appreciated how short the walk was to join his new team.

Sergei Bobrovsky made 22 saves, and Duchene's first game with the Columbus Blue Jackets was a 3-0 win over his former team, the Ottawa Senators, on Friday night.

Duchene, who was dealt by Ottawa to Columbus hours before the game, was held pointless. Josh Anderson, Cam Atkinson and Oliver Bjorkstrand scored for the Blue Jackets, who moved into third place in the Metropolitan Division.

"I enjoyed myself out there," Duchene said. "It was kind of a good way to end my time as a Sen, and I probably felt more comfortable because I was in this building (rather) than had we gone somewhere else."

"It was a big win for us and (Craig Anderson) played really well over there and kept them in it for a long time."

Duchene received an ovation from the crowd when he was introduced in the starting lineup. He was then mildly booed when he touched the puck during his second shift of the game, and again applauded during a short video tribute.

Duchene said he's happy to be part of a team with a realistic shot at the playoffs instead of a rebuilding franchise.

"That's what I'm looking for and that's what gets me up every morning for sure," Duchene said. "I've been fortunate to be on a lot of good international teams and win some big tournaments, but I've never had a chance to play in the playoffs consistently."

Craig Anderson made 37 saves for the Senators, who were shut out for the second straight game and have lost three straight.

Ottawa has gone 125 minutes and 17 seconds since its last goal. The Senators lost 8-7 to Chicago on Monday, the last game in which they had Duchene, Mark Stone and Ryan Dzingel in the lineup. The trio has scored 77 of the Senators' 186 goals this season. Dzingel and Stone were scratched again Friday.

"It just shows you how hard it is to produce in the NHL. You've got your high-end core players and they produce, but they also make the other guys produce. If you take out those high-end guys, now the complimentary players have to become the go-to guys." Boucher said.

"You've got guys who eventually become that, but for now it's hard. There's a lot of work ahead."

For now, the Senators are in limbo.

"Without those guys in the lineup, it's tough," said defenseman Cody Ceci, who also could be traded before Monday's deadline. "It's a little weird the day of the game and then playing against him tonight and it's a tough time of year."

Atkinson scored on a short-handed breakaway at 6:45 of the third period to put Columbus ahead 2-0. Bjorkstrand put the game out of reach with 2:46 remaining.

The Blue Jackets led 1-0 through 40 minutes, but the main reason for that was the play of Craig Anderson, who kept the game from turning into a blowout.

The Blue Jackets had the game's first four power plays and directed seven shots at Anderson, who stopped them all.

Columbus got on the board at 14:43 of the first period when Josh Anderson put a one-timer from the face-off circle behind Craig Anderson following a pass from the corner by Pierre-Luc Dubois.

Craig Anderson turned aside all 17 Columbus shots in the second period, including a short-handed breakaway by Boone Jenner.