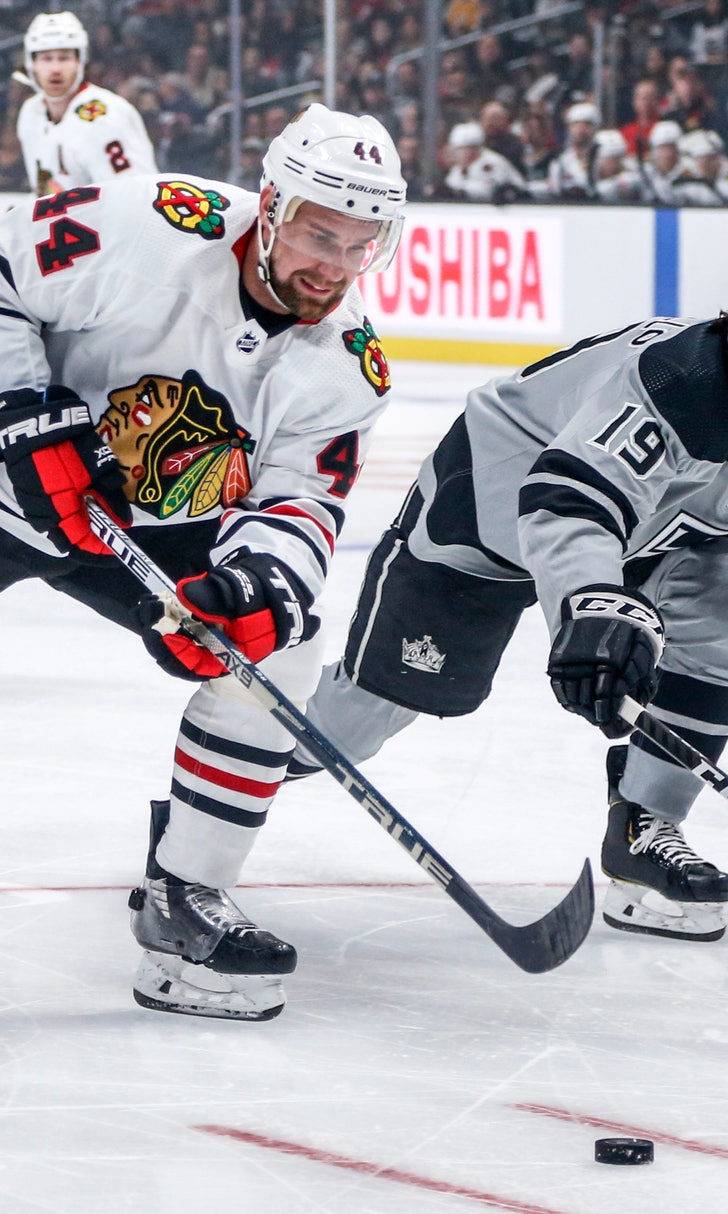 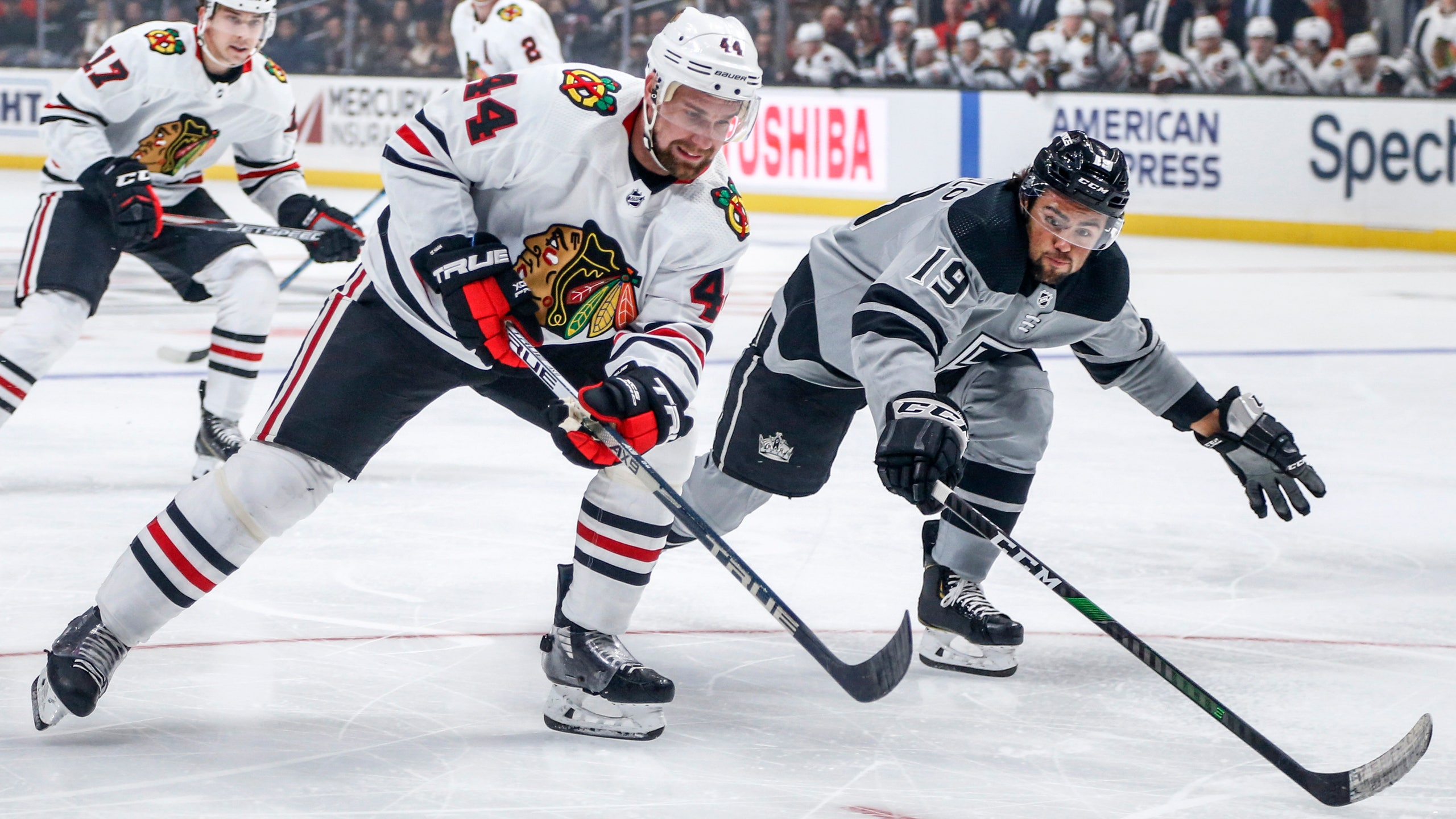 LOS ANGELES (AP) — Los Angeles and Chicago aren't likely to be playing for a spot in the Stanley Cup final, as the teams did in 2014, any time soon. Kings defenseman Drew Doughty still relishes the opportunity to play against the Blackhawks as if everything was on the line.

"When I look across, I see a three-time Stanley Cup champion just since I've been in the league," Doughty said. "It never feels like the bottom of the standings matchup when we play these guys."

Amid the back and forth frenzy of overtime, Doughty showed the same effort from their famed playoff battled to end the Kings' four-game losing streak.

Doughty scored with 16.6 remaining in overtime and the Kings beat the Blackhawks 4-3 on Saturday night.

Corey Crawford stopped the initial shot during a 2-on-1 break late in overtime, but the puck trickled free from under the Blackhawks goalie. Doughty was able to tap in the loose puck for his fourth goal of the season.

"You count on players like that to provide big moments, both offensively and defensively, and he provided one of those tonight for us," Kings coach Todd McLellan. "Usually it's a track meet, 2-on-1 one way, 2-on-1 the other, and he saw the loose puck and was smart enough and had enough poise to break his skating down and put it in.

Jonathan Toews tied the game at 3-all with 1:39 remaining in regulation to earn a point for the Blackhawks, who are 1-4-2 in their past seven games. Crawford made 40 saves.

Amadio got to the back post to backhand in a pass by Dustin Brown at 12:37 of the third to put the Kings up 3-2, but Toews ended a six-game scoreless streak with a wrist shot from the left circle at 18:21.

"It was nice of us to tie it late," Crawford said. "We get a point out of it. We had a chance to win it too in OT, but I mean it's not going to be easy. We just got to keep working hard, maybe work a little bit harder."

The Kings largely controlled play throughout, taking an early 2-0 lead in the first period on goals by Clifford at 2:50 and Roy at 4:29.

However, the Blackhawks cut it to 2-1 on a power-play goal by Dominik Kubalik at 8:25. David Kampf tied it at 2-all when Campbell misplayed the puck under pressure from Kubalik, giving Kampf a shot into an open net for his second goal of the season at 17:23.

But the Kings were able to recover and establish a heavy forecheck for long stretches, showing signs they are starting to play how McLellan wants.

"It makes me feel good, but it should make them feel really good," McLellan said. "That's what we want to hang our hat on. I didn't think we played that way for (the previous) five, six, seven periods. So tonight we were able to sustain it, line one, two, three and four. We just kept handing off good shifts and momentum was built and we sustained it."

Crawford had to come out of the game in the first period after Roy's goal. The referee requested that Crawford be examined for a concussion because of a shot by Kings defenseman Kurtis MacDermid that struck the goalie in the mask at 2:41.

Robin Lehner made five saves in relief before Crawford returned with 10:13 left in the period.

NOTES: Brown had two assists. . Blackhawks D Adam Boqvist, the No. 8 overall pick in the 2018 draft, made his NHL debut. . Kubalik's goal ended an 0-for-21 drought on the power play dating to Oct. 18 against Columbus.

Blackhawks: At the Anaheim Ducks on Sunday.

Kings: Open a three-game trip at the Toronto Maple Leafs on Tuesday.