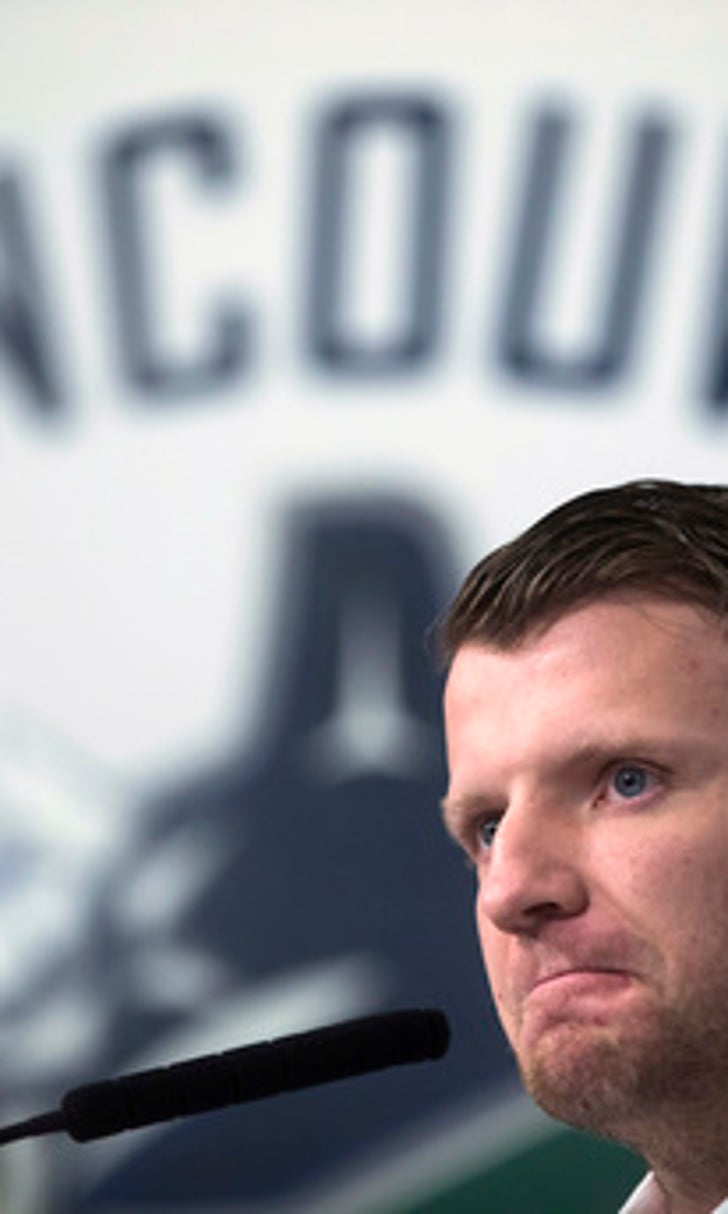 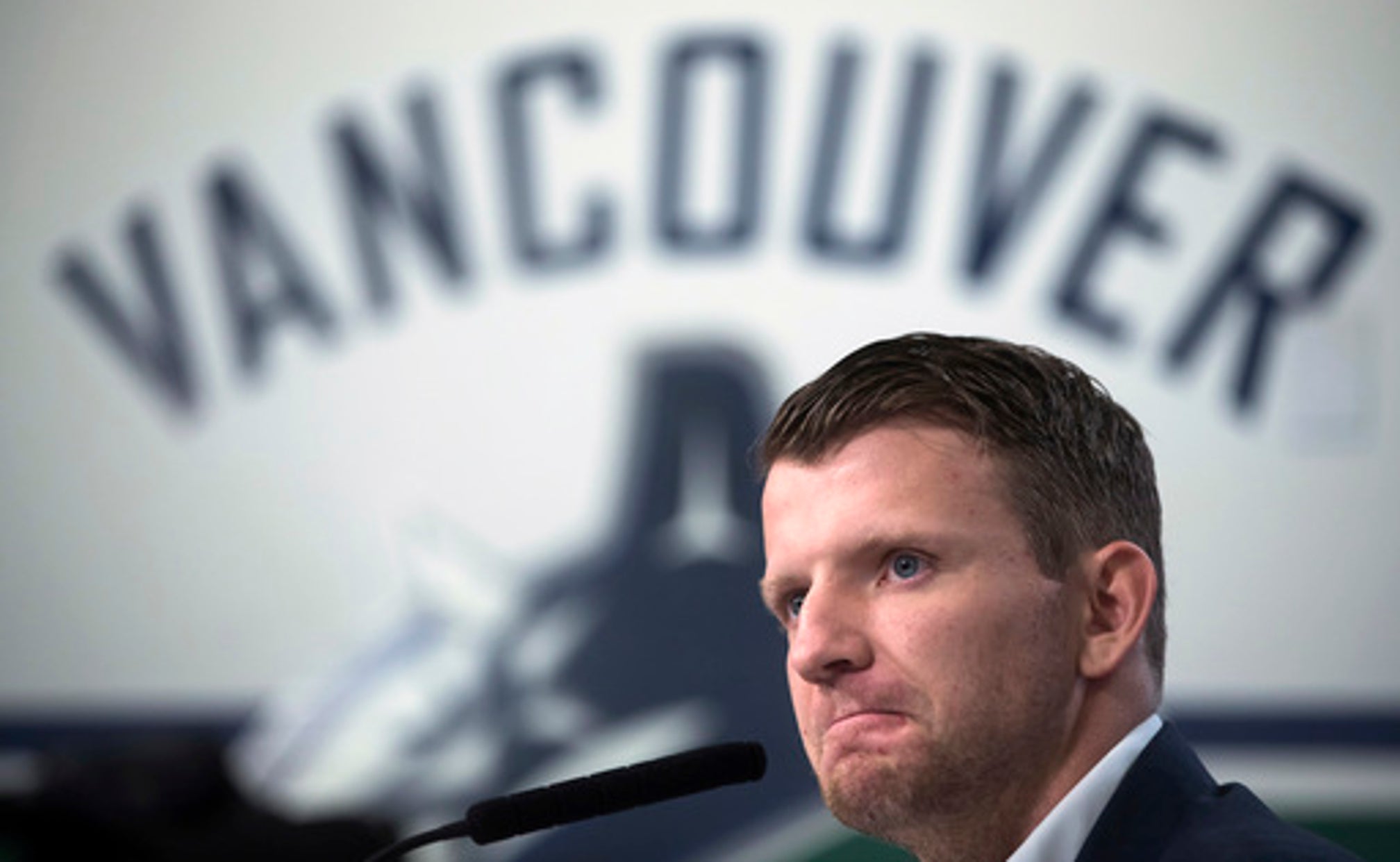 Dorsett 'at peace' with decision to end NHL career

VANCOUVER, British Columbia (AP) When confronted with the possibility of not being able to hug his two sons, Derek Dorsett knew he made the right decision to step away from hockey.

Dorsett said there have been ''some hard days'' over the last week as he comes to grips with his decision, but spending time with his wife and family have helped give him reconcile with his situation.

''My boys have made it a lot easier going home and being able to hug them and play with them,'' Dorsett told the media Wednesday.

''In the long-term aspect, your health is everything. That's why I now have peace with it. I'm making the right decision to step away and look after myself. It wouldn't be fair to me or my kids if I couldn't be healthy enough to enjoy what this next chapter of my life is going to bring.''

The 30-year-old Kindersley, Saskatchewan, native played just 14 games last season before undergoing surgery to repair a disk degeneration in his neck. The procedure left both his arms numb and there were suggestions his playing days might be over then.

Dorsett returned to the Canucks this season and had seven goals and two assists in 20 games. He was on pace to better his career-high 12 goals set during the 2011-12 season with the Columbus Blue Jackets.

His last game with the Canucks was Nov. 18. He left the team during a road trip after suffering stiffness in his neck and back.

''It gave me peace of mind that I was playing some of my best hockey,'' he said.

What the 6-foot, 192-pound Dorsett lacked in size he more than compensated for with tenacity and determination. He played a physical game and often fought players taller and heavier than him.

He played the same rambunctious style upon his return this season, but knew friends and family held their breath each time he took a hit.

''I have never sensed it before in my career or my life, that they were worried about me,'' he said. ''It was kind of a relief for them knowing that I am going to be able to live a happy life.''

Dorsett can't point to one incident that resulted in his neck injury. Doctors told him any future contact ''could have been catastrophic.''

Dorsett isn't sure about his future plans. He owns a construction company with his father. He also would love to stay involved with hockey and doesn't rule out coaching.

Dorsett was drafted 189th overall by Columbus in 2006. During a career that saw him play for the Blue Jackets, New York Rangers and Vancouver he had 51 goals, 76 assists and 1,314 penalty minutes in 515 regular-season games. He also appeared in 43 playoff games.

Career highlights include being drafted, cracking the lineup in Columbus, and going to the Stanley Cup final with the Rangers. Finishing his career in Vancouver also was special.

''Playing in a Canadian market has been a dream come true,'' he said.

Dorsett has been touched by all the messages he's received from people in the hockey world.

He hopes to be remembered as a hardworking, honest layer.

''That I played the game hard, honest, that I showed up every night and did what I could to help my teammates and my teams win,'' he said. ''There has been a lot of ups and downs but a lot of fun times, a lot of memories. Those are the memories I will cherish. Hopefully I can share them with my kids around a bonfire.''