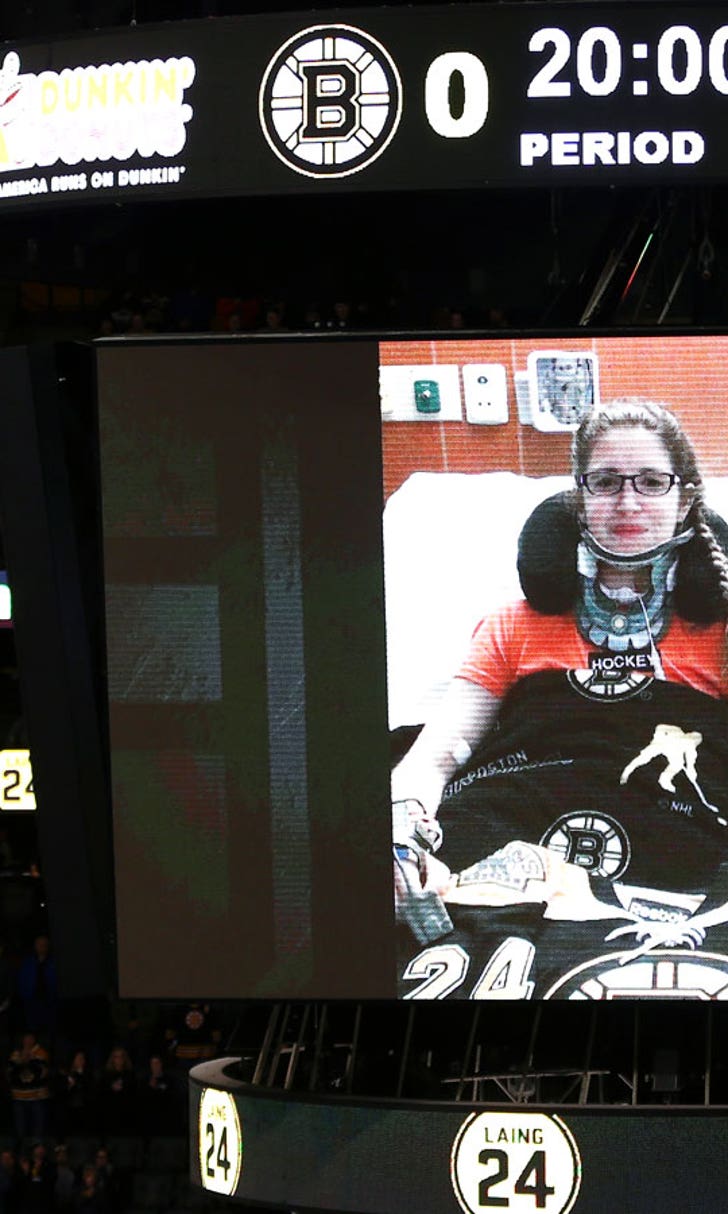 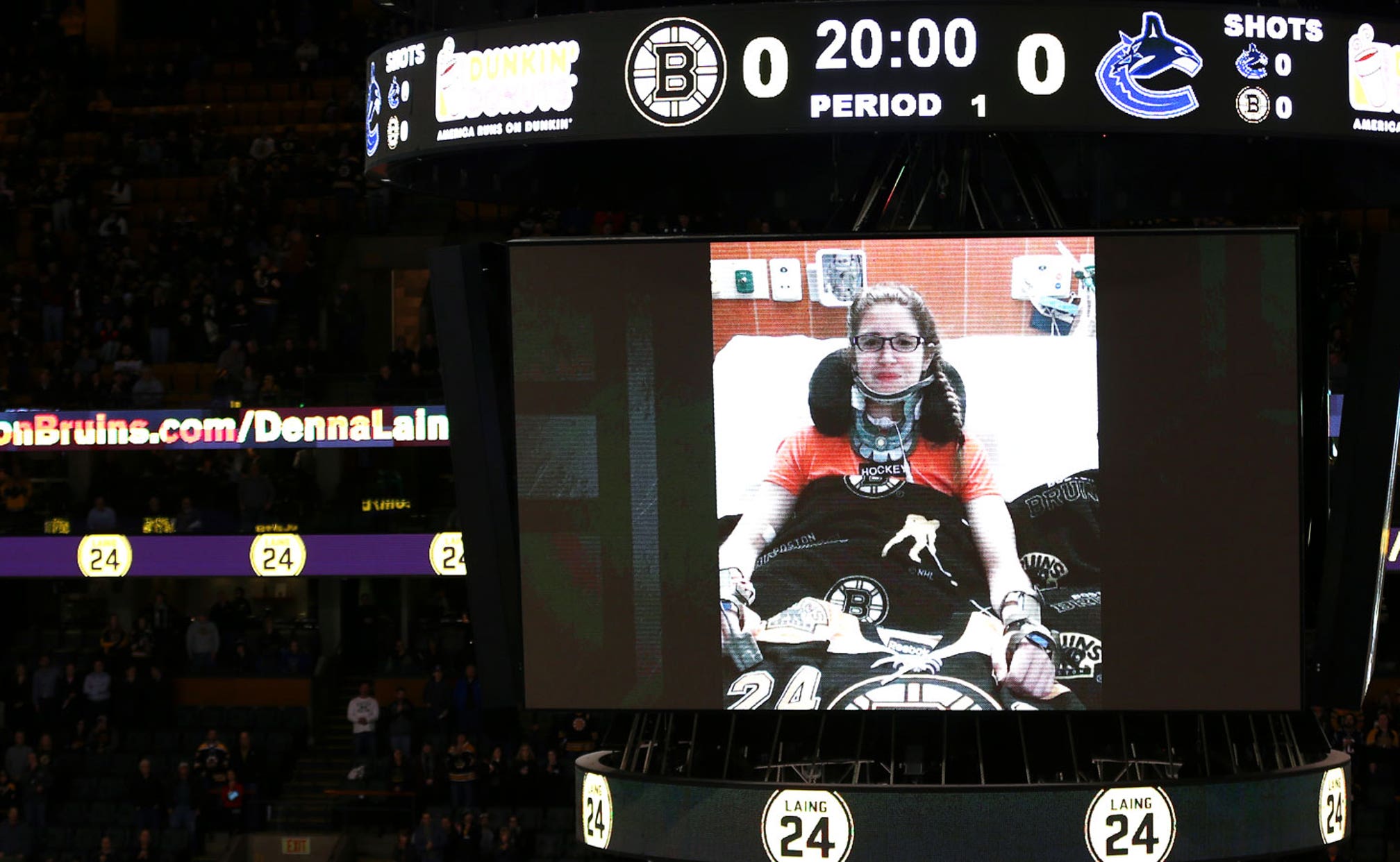 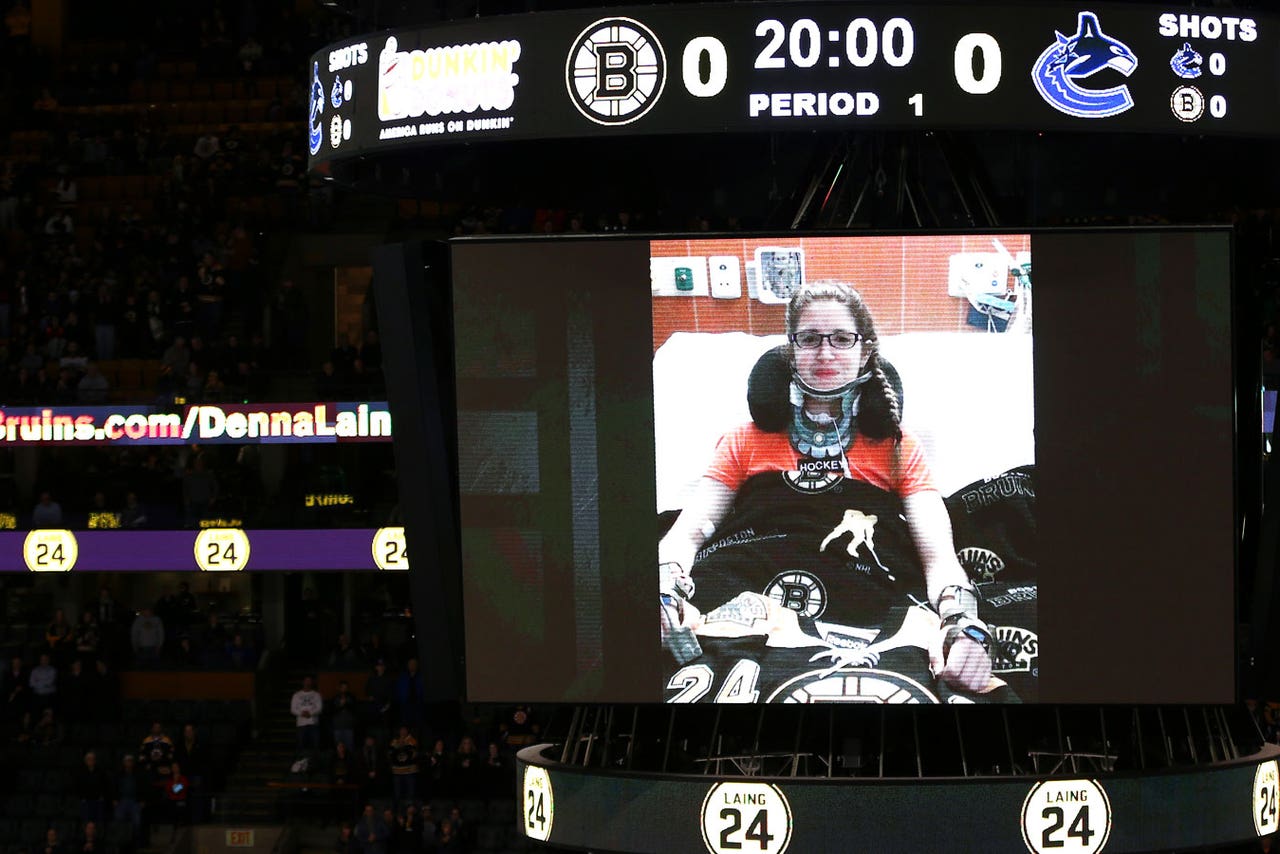 What a difference a few weeks can make. Boston Pride forward Denna Laing suffered a severe spinal cord injury on Dec. 31 after crashing head-first into the boards at the Women's Winter Classic, and she moved to Spaulding Rehabilitation Hospital in Charlestown, Mass. on Jan 12 to learn how to adjust to life with limited movement in her arms and no movement or sensation below her chest.

Just over three weeks later, Laing posted a video update on her condition on Facebook, and her improvement after three weeks of rehab is nothing short of incredible.

Hi Team, I'm still working hard on doing something new or something better each day. I feel stronger little by little...

Posted by The Denna Laing Team on Tuesday, February 2, 2016

Despite the catastrophic nature of her injury, Laing has remained incredibly positive in her messages and updates to the public. The 24-year-old spoke in a video tribute shown at the NHL All-Star Game.

"People are writing in letters that I'm their role model, that I inspire them, but they're truly the ones that are inspiring me," Laing said in the video.

Laing continues to update fans on her condition via Facebook and Twitter. She is accepting donations to her medical fund here.