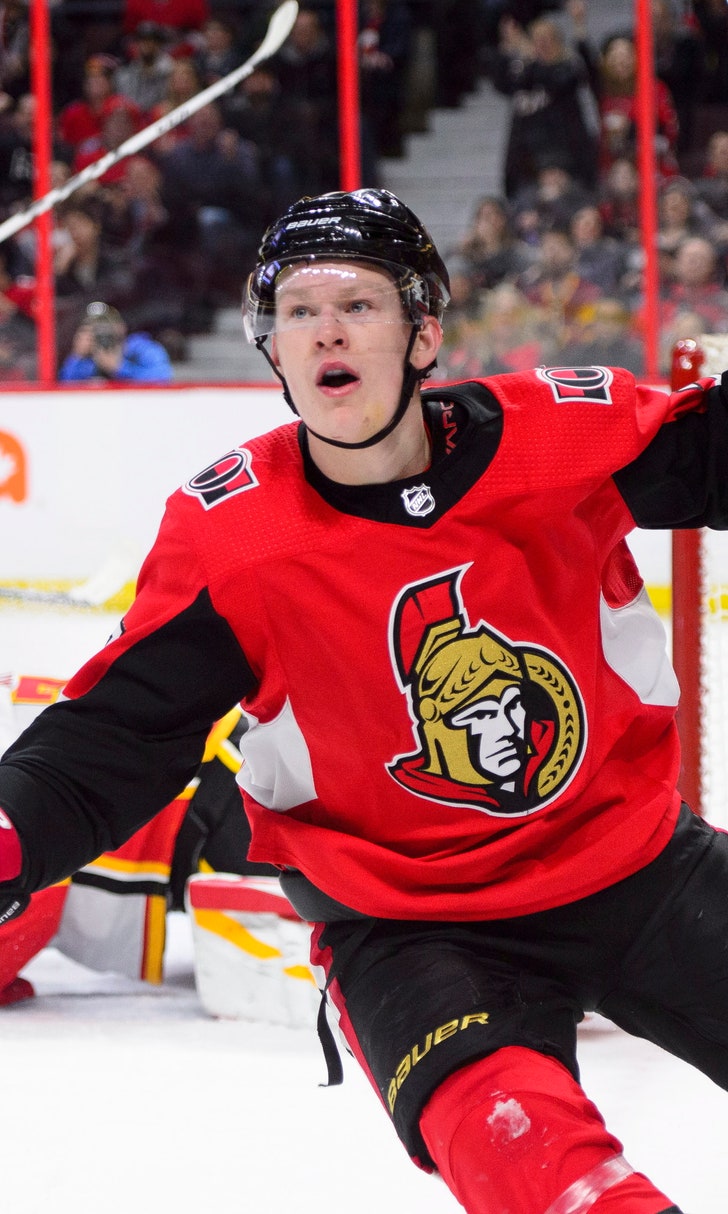 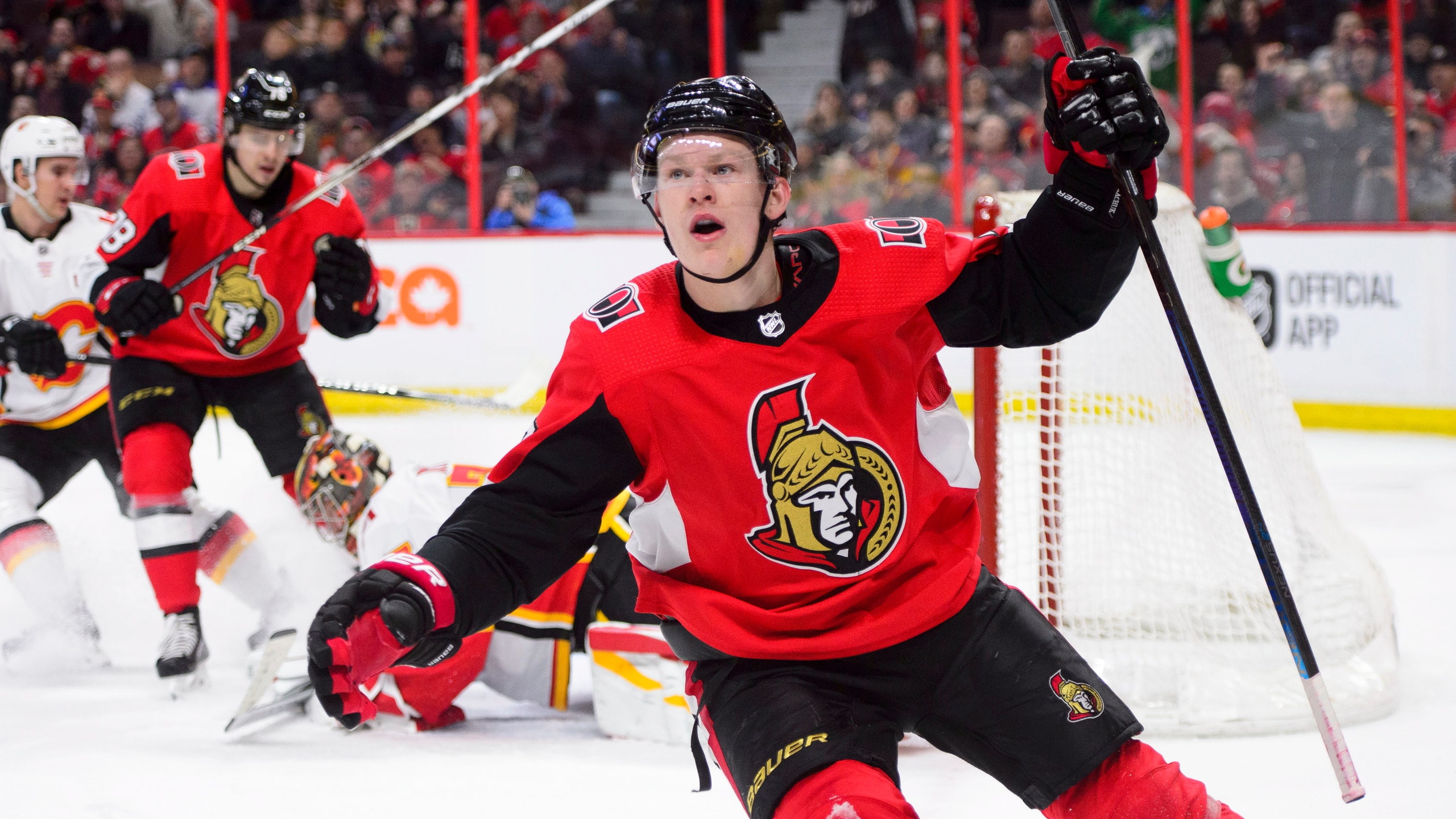 Austin Czarnik scored with 41 seconds remaining to lead the Flames to a 2-1 victory over the Senators on Sunday.

Mikael Backlund also scored for the Flames, who have won five straight. David Rittich made 22 saves.

The game marked the first meeting between the Tkachuk brothers at the NHL level.

There were over 30 Tkachuk family members on hand for the game wearing specially made jerseys to support both teams. Prior to the game the brothers made a pact of no fighting with a handshake. A special moment saw the brothers take the opening faceoff.

"I'll let him from a personal standpoint take this one," Matthew Tkachuk said. "I know we play them again in a month, so I'll be pressing to get one that night.

"I'm happy for him, happy for my family. What a weekend they had. All they were talking about was how much fun they had."

Brady Tkachuk scored for the Senators, who lost their fourth straight.

"It was a special night, but I wish we came away with the two points," said Brady Tkachuk, who gave his grandmother the game puck.

Craig Anderson made 33 saves in the loss.

"Overall I thought the guys played hard and I thought we did a lot of good things playing with the puck trying to make plays," Anderson said. "It's just one of those games where you just didn't know which bounce was going to be the difference."

Calgary is three points ahead of San Jose and leads the Pacific Division and the Western Conference at 39-16-7.

Tied 1-1 to start the third, the Senators believed they took the lead on a power-play goal at 8:24, but the Flames challenged for goaltender interference as it appeared Rittich had covered the puck. It was nearly an identical play as in which the Flames had a first-period goal called back.

"They were identical plays basically, so I was confident on the challenge obviously," said Peters. "If ours was no good I didn't think that was going to be any good either."

The Flames dominated in the second period, but Anderson was able to come up big when needed. The Senators tied it on Brady Tkachuk's 14th of the season.

After being outplayed much of the period the younger Tkachuk took a pass just outside Ottawa's blue line, broke in alone on Rittich and slid a backhand under the left pad.

The Flames outplayed Ottawa in the first period, but only led 1-0.

Backlund opened the scoring at the four-minute mark with a quick wrist shot from the slot.

Matthew Tkachuk believed he had made it 2-0 just over three minutes later when he shoved the puck from under Anderson's glove, but the Senators challenged and it was ruled there was goaltender interference.

NOTES: The brotherly battle was a welcome distraction for Ottawa fans who eagerly await news on Mark Stone's future as Monday's trade deadline approaches. Stone was a healthy scratch for the third straight game. In addition to Stone, Cody Ceci and Mikkel Boedker were late scratches. ... Calgary's Curtis Lazar and Dalton Prout were healthy scratches.

Senators: At Washington on Tuesday.