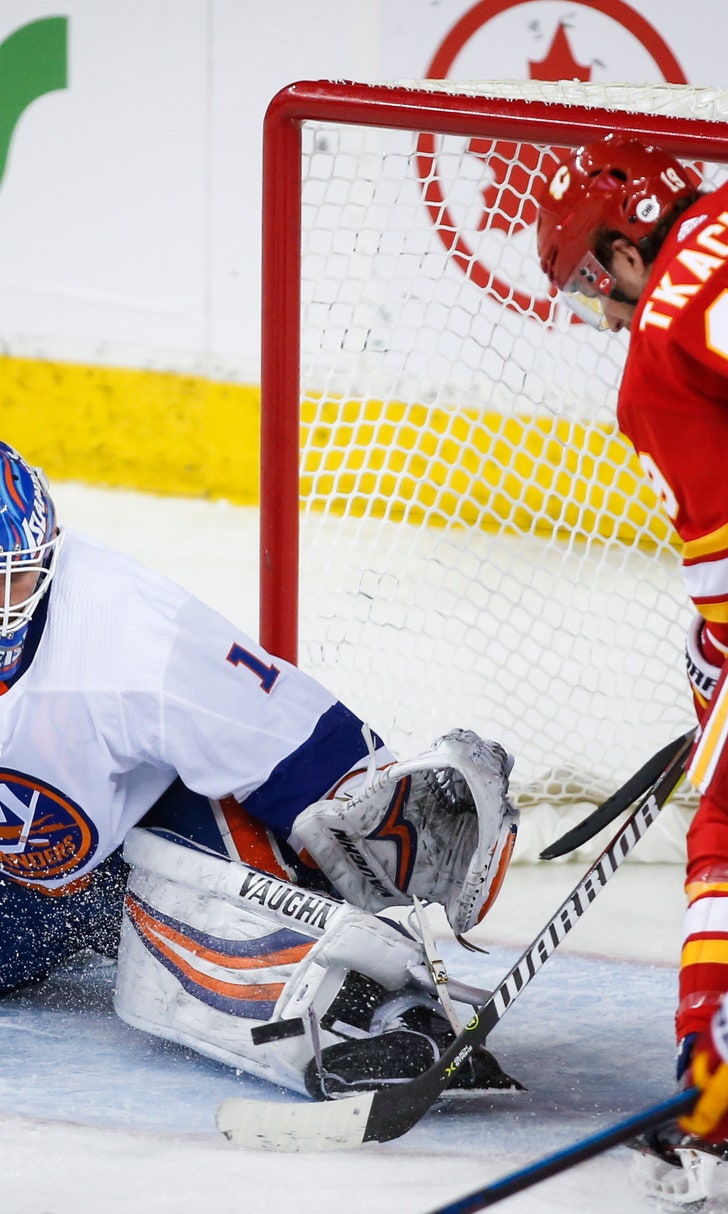 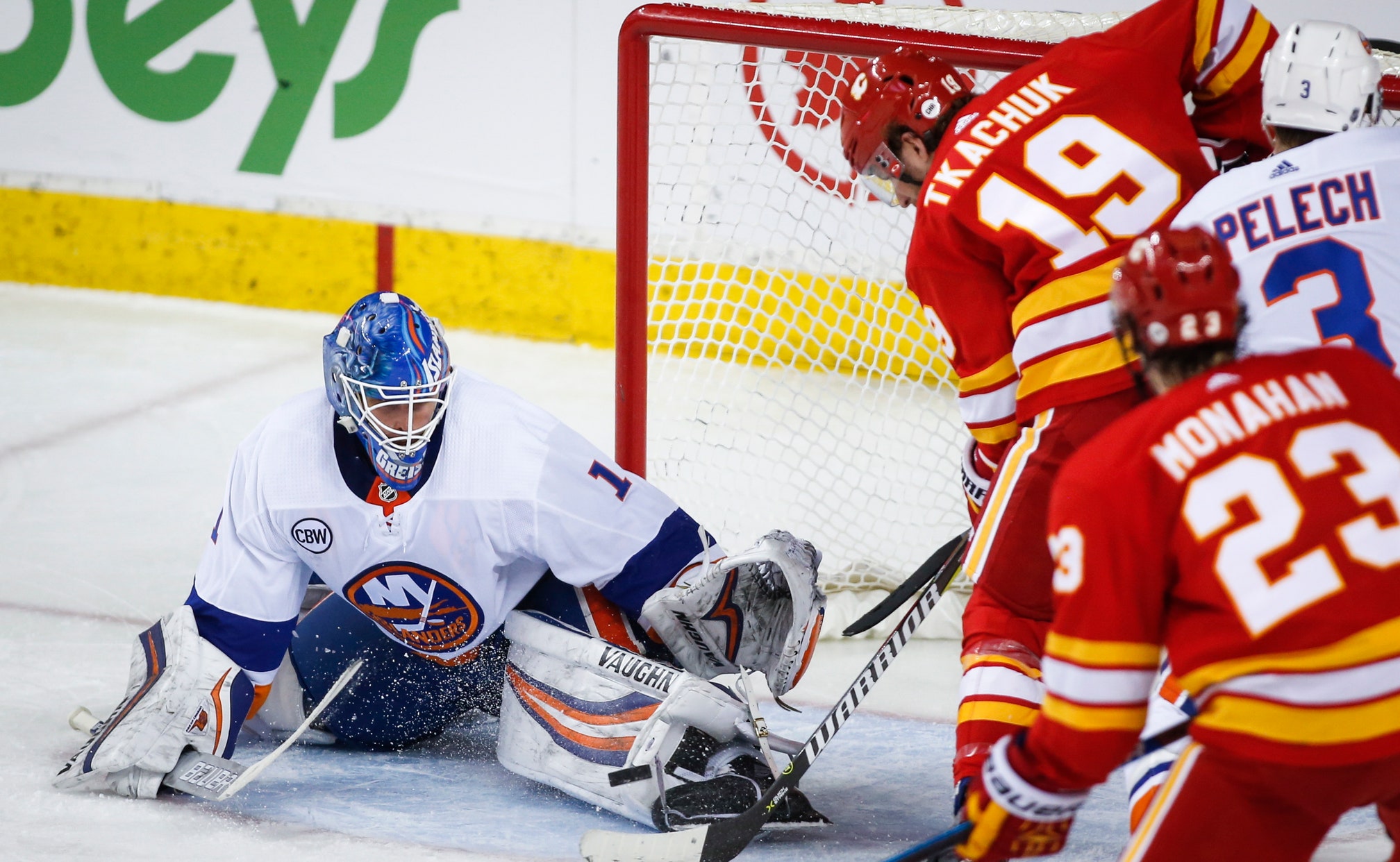 Gaudreau's first goal in 10 games and 30th of the season was one of two third-period scores for the Calgary Flames in a 4-2 victory over the New York Islanders on Wednesday.

Austin Czarnik, with his third goal in as many games, broke a 2-2 tie 6:10 into the third and Gaudreau scored 29 seconds later on a power play.

"I probably could have found the net with two or three different looks I had. Just the way it's been going," said Gaudreau, the team's leading scorer who tied his career high for goals set in 2015-16.

The goal came on a slap shot into the top corner, just eight seconds into a man advantage.

"I had a pretty good lane there. It was a good play up top, across the zone. I had a lot of time and a lot of space and I just wired it," Gaudreau said.

Calgary dominated the first two periods, outshooting New York 21-6, but the Flames only led by one goal. The Islanders tied it 2-2 on Anders Lee's 20th goal 1:18 into the third.

But it was tied for less than five minutes.

"That's probably as good as we've played on the defensive side," said Travis Hamonic, who had a goal against his former team. "We're confident and when you're playing good teams like that, you have to show up and we did, right from the start."

"I'd be lying if I didn't say it felt good," Harmonic said. "So many good friends and so much fun and great memories on Long Island so to be able to put one in tonight, it obviously feels good."

Mikael Backlund also scored for Calgary. Elias Lindholm had an assist to extend his point streak to six games (two goals, seven assists). The Flames have won three straight after going winless in four and continue to lead the Pacific Division and Western Conference.

The surging Islanders, who opened a three-game road trip through Western Canada, lost in regulation for just the third time in 16 games.

The Islanders' lead over Washington atop the Metropolitan division remained at three points.

"We didn't come out hard enough and that's the bottom line. I think we showed them a little too much respect," Cizikas said. "Down low in their own end I thought we gave too many pucks away. For a team that likes to get the puck down low and work it, we just couldn't do that tonight. We have to have a short memory because we have a big one (Thursday)."

Backlund opened the scoring just five minutes in on a two-on-one. Michael Frolik landed a perfect pass on Backlund's stick as he cut to the net and he neatly tucked the puck past Thomas Greiss.

Starting a fourth consecutive game for the first time since the first four games of the season, Mike Smith made 17 saves and improved to 17-11-1.

"We have to be that air tight moving forward and we are capable of playing that game," Flames coach Bill Peters said. "We need to maintain our strong offensive game while being sound defensively."

Notes: Peters switched around his top two lines with Matthew Tkachuk moving onto the top line with Gaudreau and Sean Monahan. Lindholm played right wing with Backlund and Frolik... TJ Brodie returned after missing the last game due to injury.

NOTES: Flames coach Bill Peters switched around his top two lines with Matthew Tkachuk moving onto the top line with Gaudreau and Sean Monahan. Lindholm played right wing with Backlund and Frolik. ... Brodie returned after missing the last game due to injury.

Islanders: At Edmonton on Thursday night.