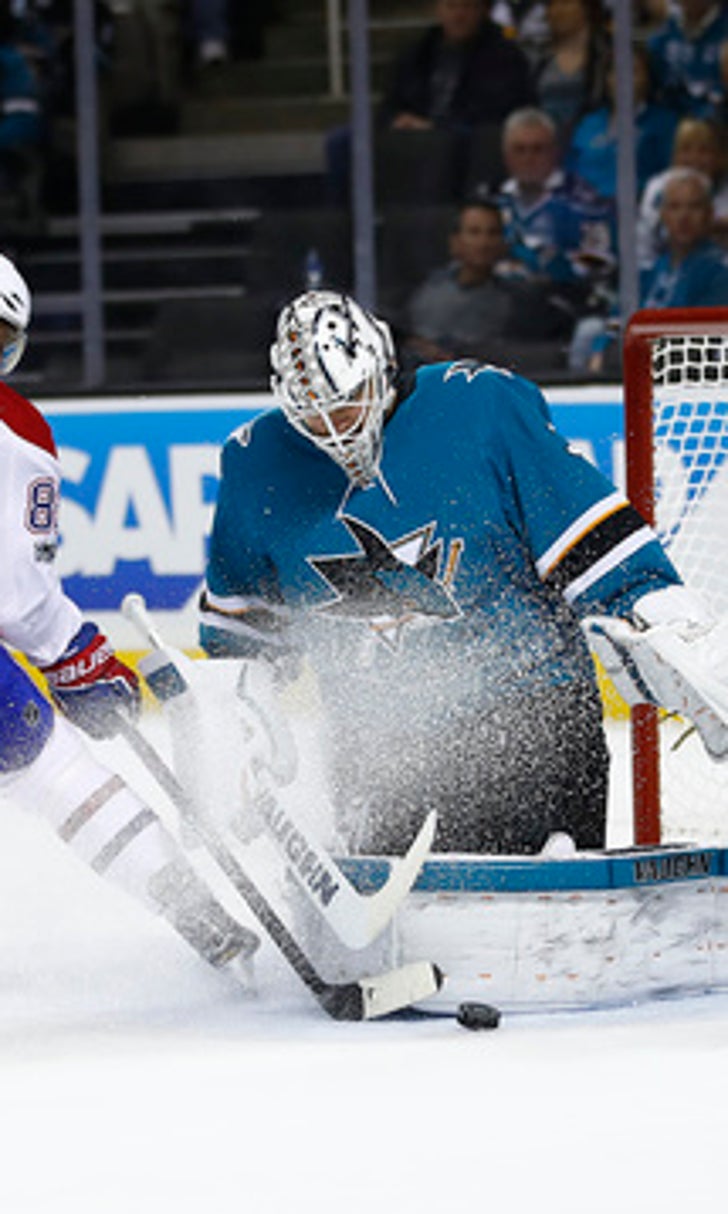 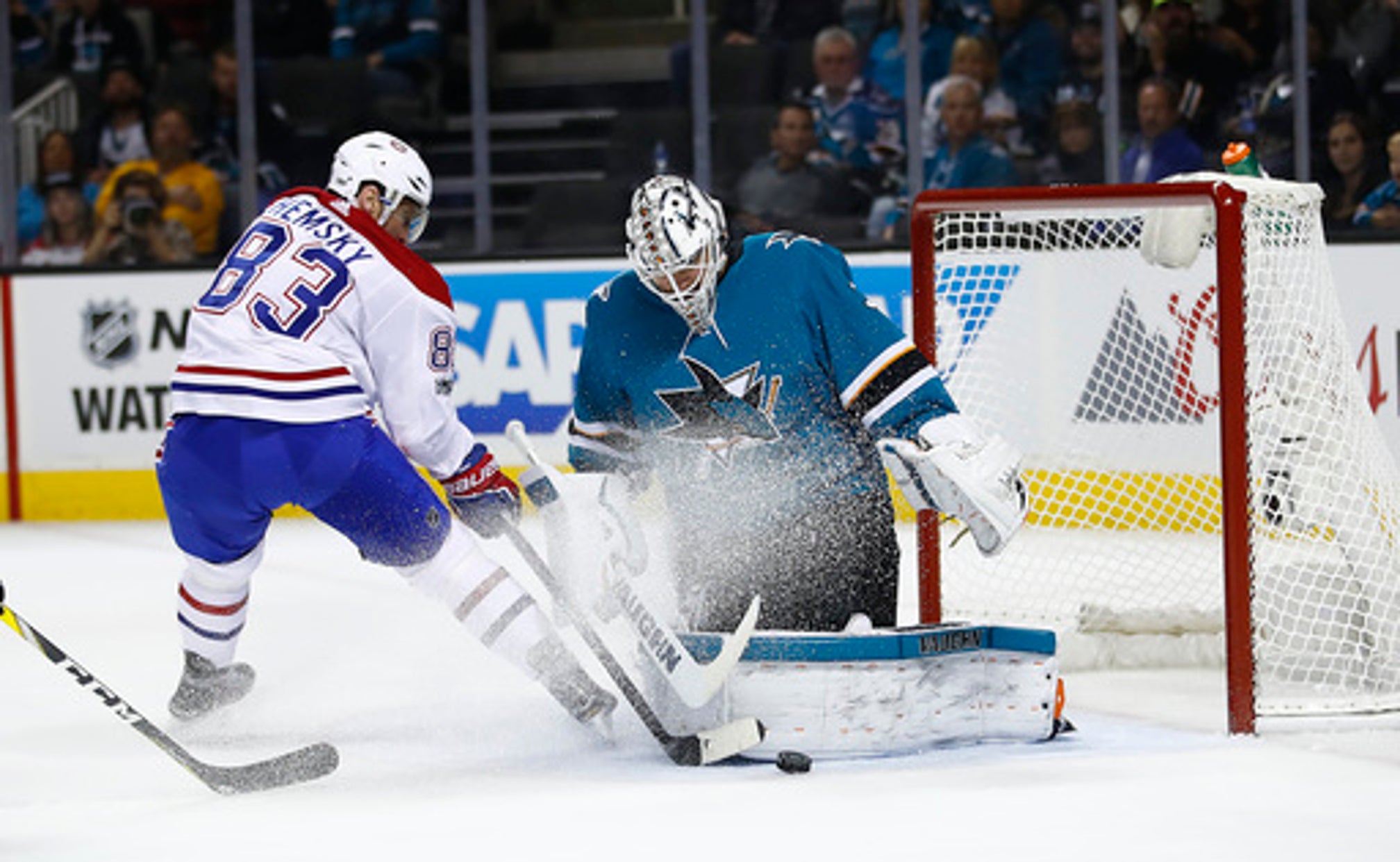 SAN JOSE, Calif. (AP) ��� Logan Couture credited a teammate for scoring his second goal. He took credit for the first one.

Couture scored a pair of goals and the San Jose Sharks extended their dominance of the Montreal Canadiens with a 5-2 victory on Tuesday night.

Joe Pavelski and Tomas Hertl also scored for the Sharks, who have won the past 11 home games against the Canadiens, a streak that dates to Nov. 23, 1999.

On a power play late in the third period, rookie Tim Heed took a shot off a face-off that bounced free in front of the net. Pavelski couldn't get his stick on it but managed to kick it across the net for Couture, who found a huge opening.

"That was pretty special," Couture said. "I don't know if he knew I was there but he kept his balance and kicked it over."

Couture opened the scoring 3:30 into the first period, grabbing a rebound off the back board, skating across the front of the net to get Price to commit and then firing into an open net.

Jonathan Drouin and Shea Weber scored for the Canadiens, who are winless since an opening night victory at the Buffalo Sabres.

"It's a very poor start from our team, from myself, from a lot of individuals," Canadiens' Max Pacioretty said. "It's a good time to look in the mirror and see what we're made of because a lot of people are probably doubting this team right now."

Martin Jones stopped 28 of 30 shots for the Sharks, who finish their season-opening homestand with a 2-3 record.

"The biggest thing is finding that energy for the whole game," Jones said. "We started OK and then we got better as the night went on."

The Canadiens responded 36 seconds later when Drouin picked up a pass from Artturi Lehkonen close in and fired it over Jones' left shoulder and into the net.

Pavelski gave the Sharks the lead for good when he redirected Kevin Labanc's shot just under a minute into the second period. The shot hit Weber's left shin pad and bounced into the net.

"There were a lot of good things out there," Pavelski said. "We didn't have the homestand we wanted but we can leave on a positive note to take on the road."

Hertl padded the lead midway through the second on a power play. Standing on the right side of the net, he was trying to control a pass from Joe Thornton but the puck fluttered off his stick and got behind Price.

"I'll take it any way I can get it," Hertl said. "There are times I've had great shots that just bounced off the post."

The Sharks needed five seconds to score on a power play late in the second period. Tim Heed shot on goal and it bounced off Pavelski's skate. Couture picked it up and found a huge opening.

Canadiens: plays at the Los Angeles Kings on Wednesday in their second back-to-back of the season.

Sharks: open a five-game road trip on the east coast with a game at the New Jersey Devils on Friday.