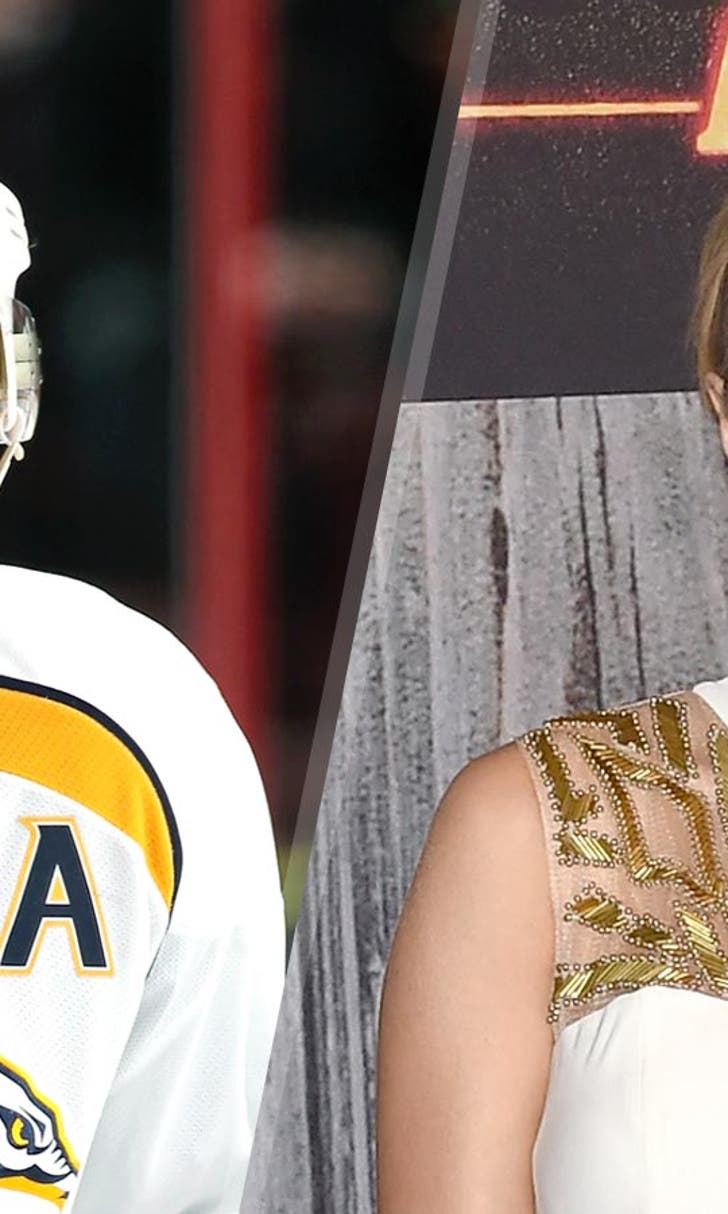 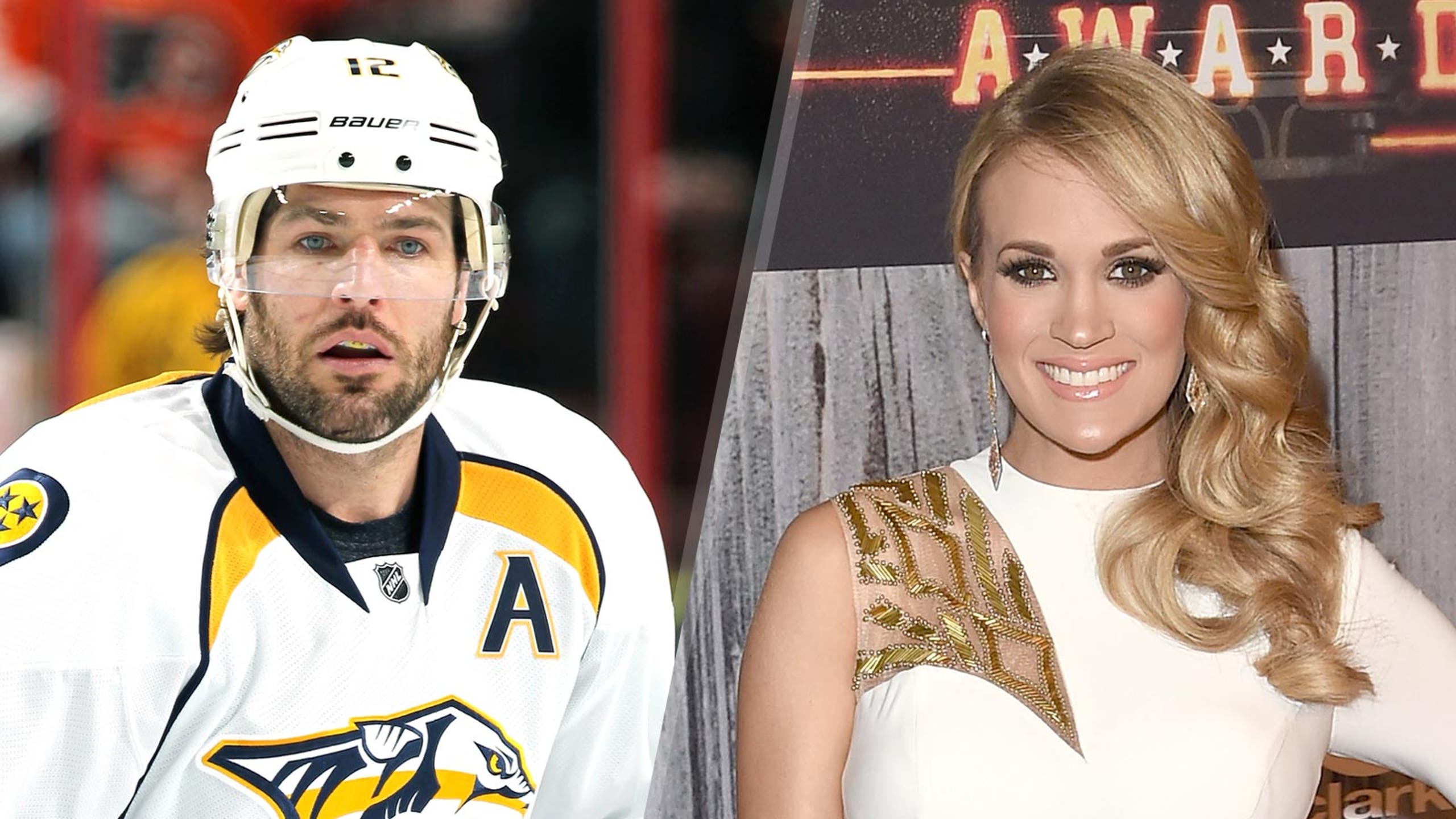 Carrie Underwood, Bono among those who pay tribute to Mike Fisher on 1,000th game

The Nashville Predators celebrated their Mike Fisher reaching the 1,000 NHL game milestone Monday before they defeated the Los Angeles Kings, 5-2.

Among those in a celeb-filled video were Fisher's wife, singer Carrie Underwood, as well as U2 frontman Bono. Fisher actually reached the milestone a few weeks ago.