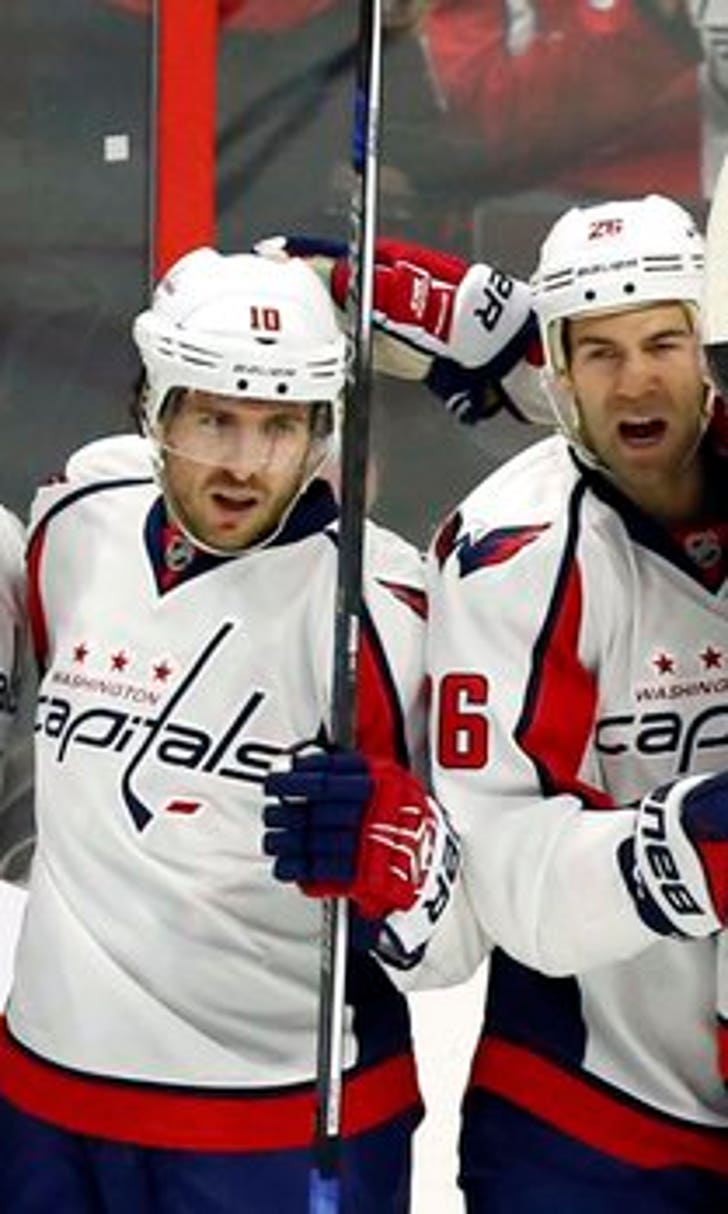 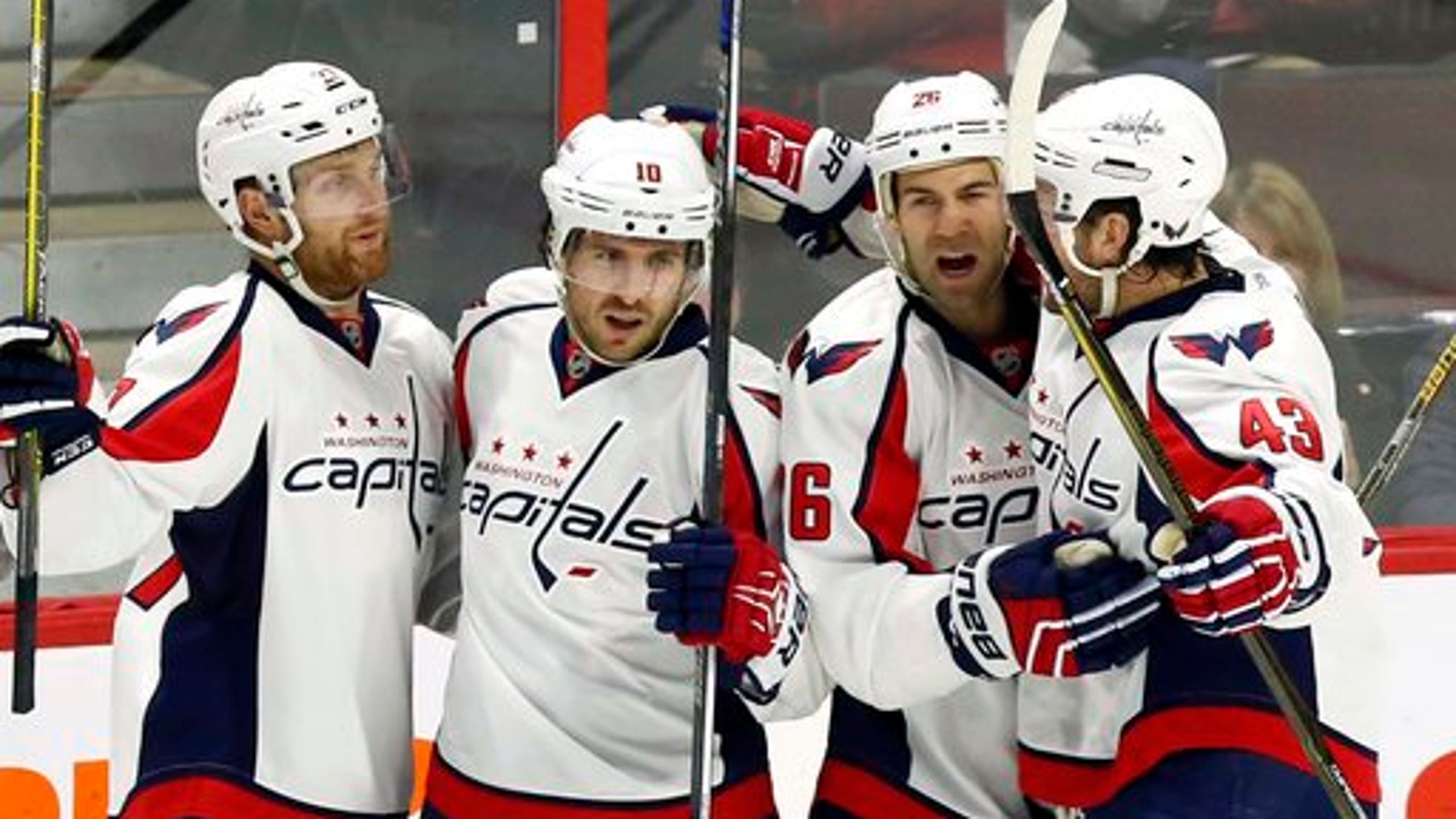 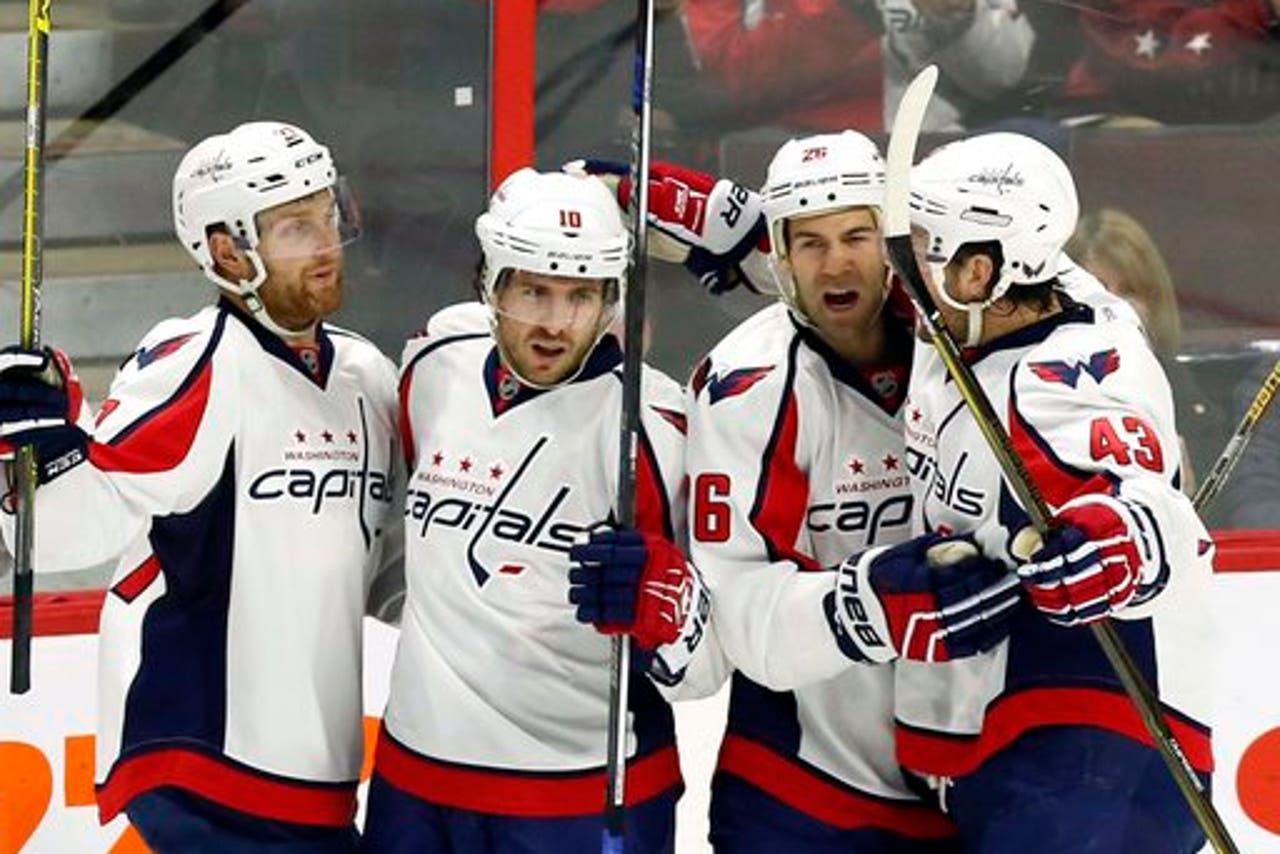 OTTAWA, Ontario — Alex Ovechkin and the Washington Capitals know they still have room to improve going into the playoffs.

Ovechkin scored his 43rd goal and the Capitals clinched the Metropolitan Division and the top seed in the Eastern Conference with a 4-2 victory over the Ottawa Senators on Tuesday night.

''It's huge,'' Ovechkin said. ''I think we deserve how we play all year to clinch it. Right now, 10 games left, I think we just have to play more simple and be ready for the playoffs.''

''It's one of those things where we're not in a playoff push, but with 10 games left and we're not playing the way we want to play it's almost a blessing in disguise that we can wrap it up,'' Holtby said.

''Now we have something to play for. We want to make sure we're getting to our top level coming into Game 1 of the playoffs and it's a luxury that we have 10 games to do it and now it's our job to use them effectively and that's our goal as a collective group.''

The Capitals were pleased with how they started the game, but know they need to be better for 60 minutes.

''Obviously we had a very good start,'' Ovechkin said. ''Scored three goals right away and didn't give them anything, but we just have to continue to play all three periods like that. I think in the second we felt a little bit loose and tried to play fancy hockey and you can see it's not going to work like that.''

Chris Wideman and Mika Zibanejad scored for the Senators. Craig Anderson made 18 saves.

The loss will likely fuel the controversy started by owner Eugene Melnyk earlier in the morning when he told reporters changes could be expected during the offseason. Melnyk called the season, ''just a total roller coaster of hope and despair.''

The Senators also lost defenseman Dion Phaneuf as he took a hit from Brooks Orpik in the second period. Phaneuf managed to play a few more shifts, but did not return for the third period because of a lower-body injury.

Trailing 3-1, the Senators' best opportunity in the third came on the power play, but Ottawa has struggled with the man advantage - going 0-for-27 through 10 games and 0 for 4 on Tuesday.

''We're getting some looks and we're doing some good things, but it's not enough,'' Zibanejad said. ''It's not enough when you don't win games. We just need to get better.''

Zibanejad gave life to the crowd, scoring at 18:27 from a sharp angle as the puck went in off Holtby. But the Senators were unable to complete the comeback and Oshie iced the game with an empty-net goal.

Washington led 3-0 before the Senators got on board midway through the second as Wideman managed to get a shot through traffic to beat Holtby.

The Senators' slow start was too much to overcome.

''We didn't really give ourselves a chance to win this game even though we battled back and got one late again, but that's not how you win games in this league,'' Senators captain Erik Karlsson said. ''They showed that they were a better team than us and it's as simple as that.''

Washington opened the scoring at 2:32 after a couple of bad defensive plays left Richards all alone out front. Ovechkin then scored his 43rd of the season on the power play midway through the period after taking a great pass from Marcus Johansson to bury it past Anderson. Just over two minutes later, Backstrom made it 3-0.

The Senators' best opportunity to get back in the game came with a 1:03 two-man advantage late in the period, but they were unable to create any great chances.