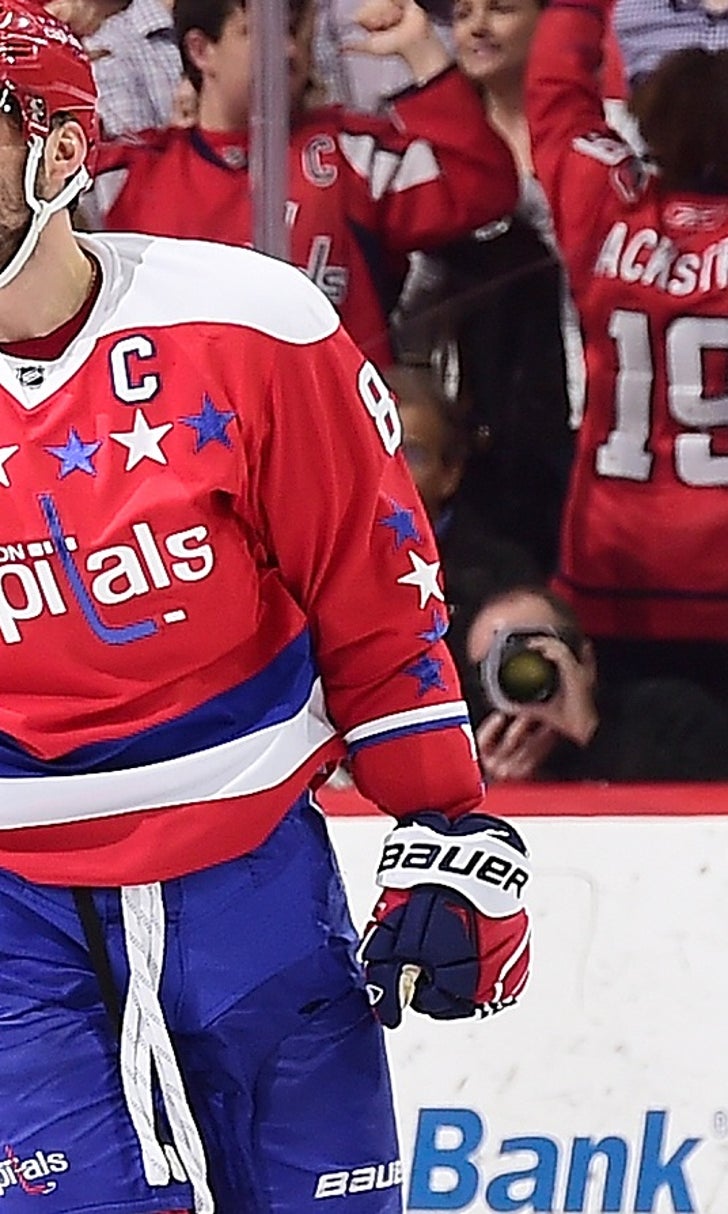 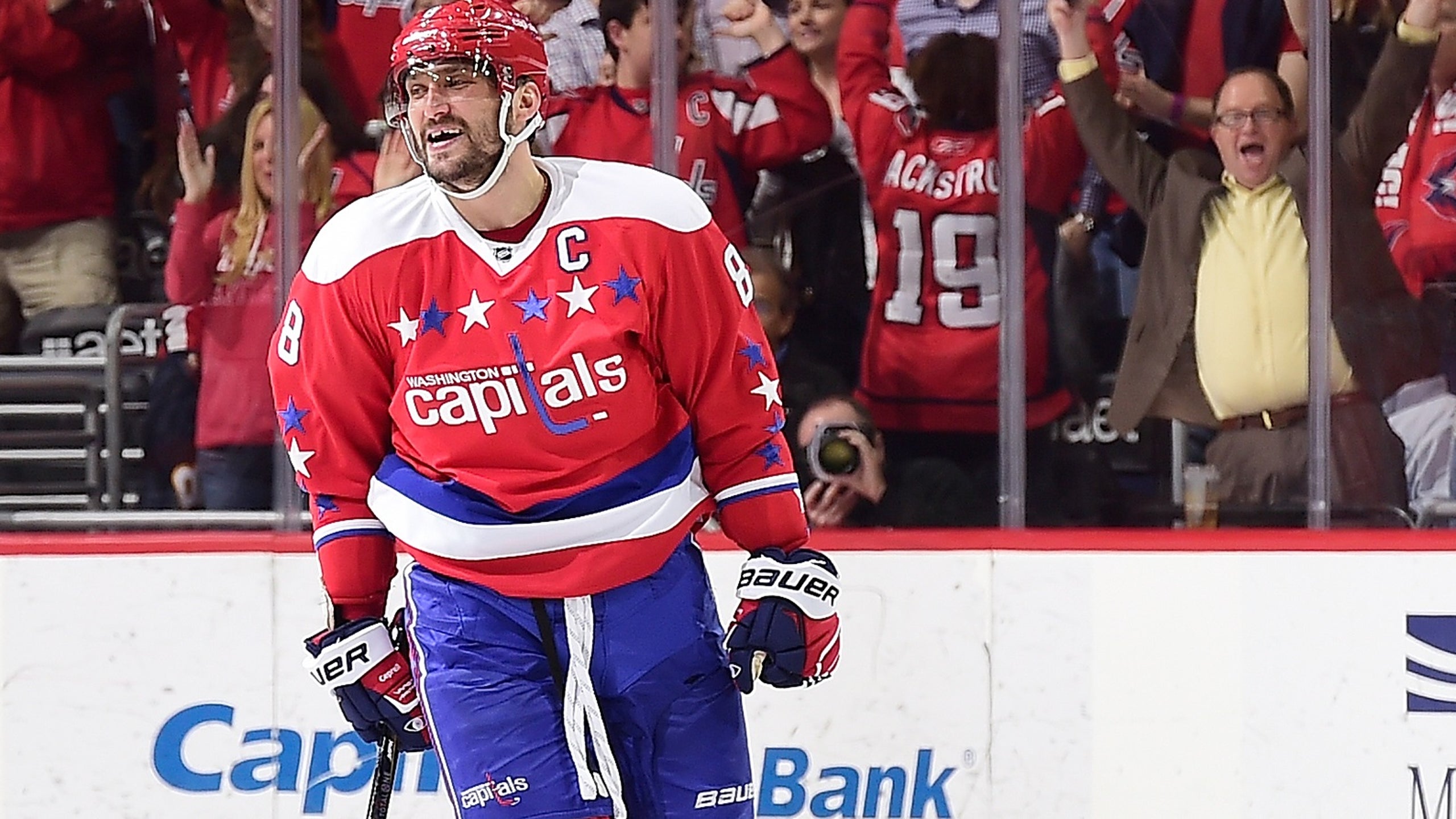 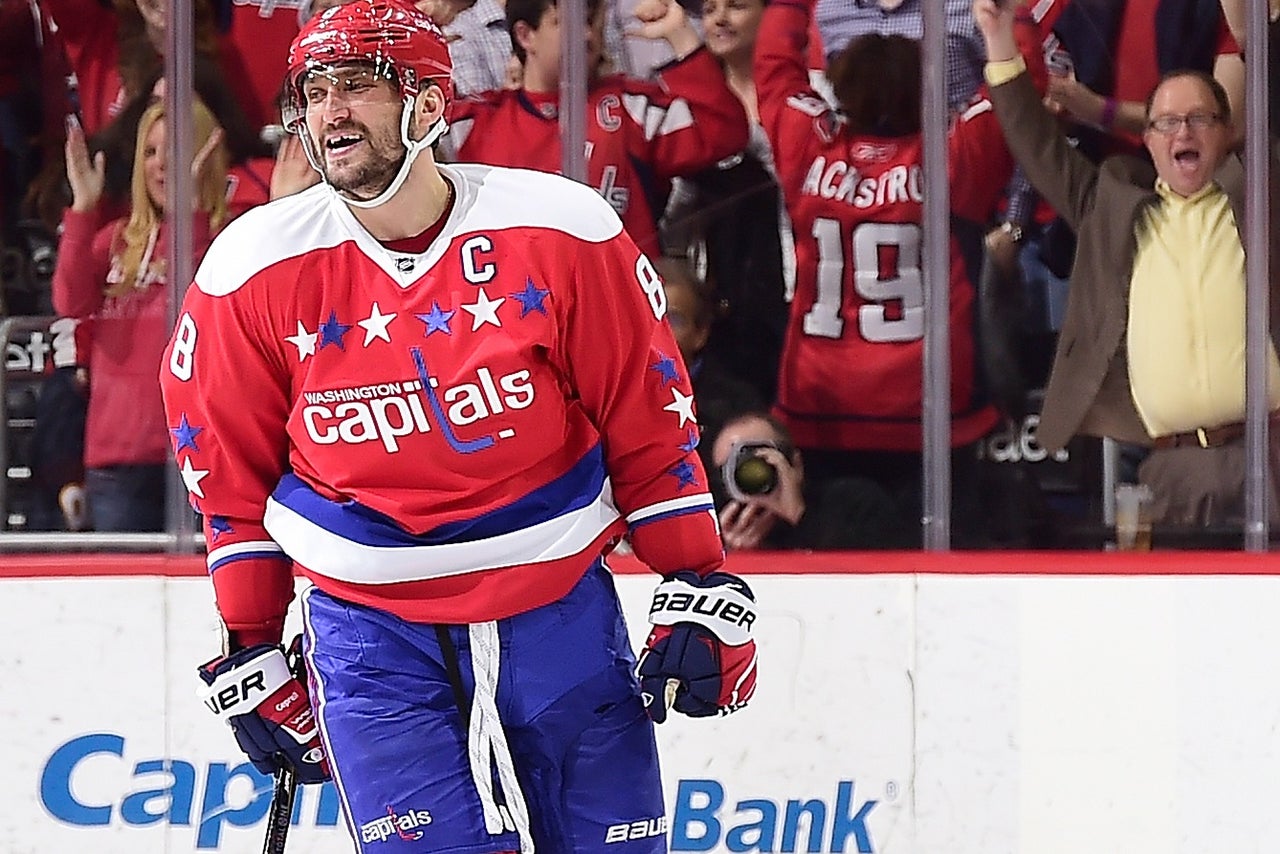 WASHINGTON -- Unafraid to look at their substantial lead atop the NHL standings, Washington Capitals players knew they were on the verge of clinching a playoff spot before they took the ice against the Carolina Hurricanes.

With almost a month left in the regular season, the Capitals on Tuesday became the first team to clinch with a 2-1 overtime victory against the Hurricanes.

Alex Ovechkin fittingly scored the game-winner as the Capitals reached the playoffs for the eighth time in the past nine years.

"It's certainly unexpected with this many games left," said winger Justin Williams, who scored his 21st goal in his first season with the Capitals. "It's a tribute to how we've played and we're proud of where we sit, but not proud enough to rest on our laurels."

There was no celebration of the playoff berth or acknowledgement beyond some answers to interview questions.

The Capitals have led the league for several months, so this seemed inevitable, yet it was an accomplishment to get it over with so soon and move on to the next challenge of winning the Metropolitan Division and capturing the top seed in the Eastern Conference and home-ice advantage throughout the playoffs.

"Obviously it's good for us," said Ovechkin, who scored his league-leading 42nd goal of the season 1:38 into overtime. "Right now we have to be focusing how we have to play and just get healthy and then get ready for the playoffs."

The Capitals clinched the instant the game got into overtime, needing just a point against Carolina.

Hurricanes coach Bill Peters wonders if that's all his opponent should have gotten after it looked as if Evgeny Kuznetsov was offside before Ovechkin's goal.

The NHL situation room challenged the goal, but on-ice officials upheld it.

"We probably still should be out there in some form or fashion maybe overtime or maybe a shootout, I don't know," Peters said as he awaited an explanation. "The league will have a really good conversation piece with that."

Video evidence appeared inconclusive, though the NHL wrote that the Capitals "entered the attacking zone legally prior to the goal."

The loss deals a tough blow to the Hurricanes' already slim playoff hopes, but Peters was proud of his team's performance amid injuries.

"Outstanding," Peters said. "About 130 games for Ryan Murphy as the (most) veteran guy on the back end. I thought the young D did a great job and I thought our forwards competed very hard."

The Capitals were pleased with one of their best starts in the past month as they snapped a streak of allowing the first goal at five games with Williams' snap shot 1:30 into the second.

Carolina answered back with a goal by Jordan Staal at 10:50 of the second, and goaltender Eddie Lack and the post helped get the game to overtime.

Carolina's hard-working, grind-it-out game proved a good test for the Capitals, who reached 50 victories and 105 points by again showing they can be adaptable.

"It's why we've been successful is we take the game for what it is, the opponent for who they are and set up our game accordingly, and we did that tonight," said goaltender Braden Holtby, who made 25 saves to set a career high and franchise record with his 42nd win.

Capitals coach Barry Trotz said the first goal set at training camp was to win the division. With a playoff spot assured, Trotz said he and his team continue to be proud of their season.

Williams wants to make sure the milestones aren't over.

"Yes we're in the playoffs but we got bigger goals than that," Williams said. "We're pushing forward and you'll see how good we can be."

NOTES: Veteran Carolina defenseman Ron Hainsey missed his first game of the season because of an illness. Trevor Carrick was recalled to replace him. ... Barry Trotz shifted his lines around after the road trip, putting Jay Beagle with Ovechkin and Nicklas Backstrom.