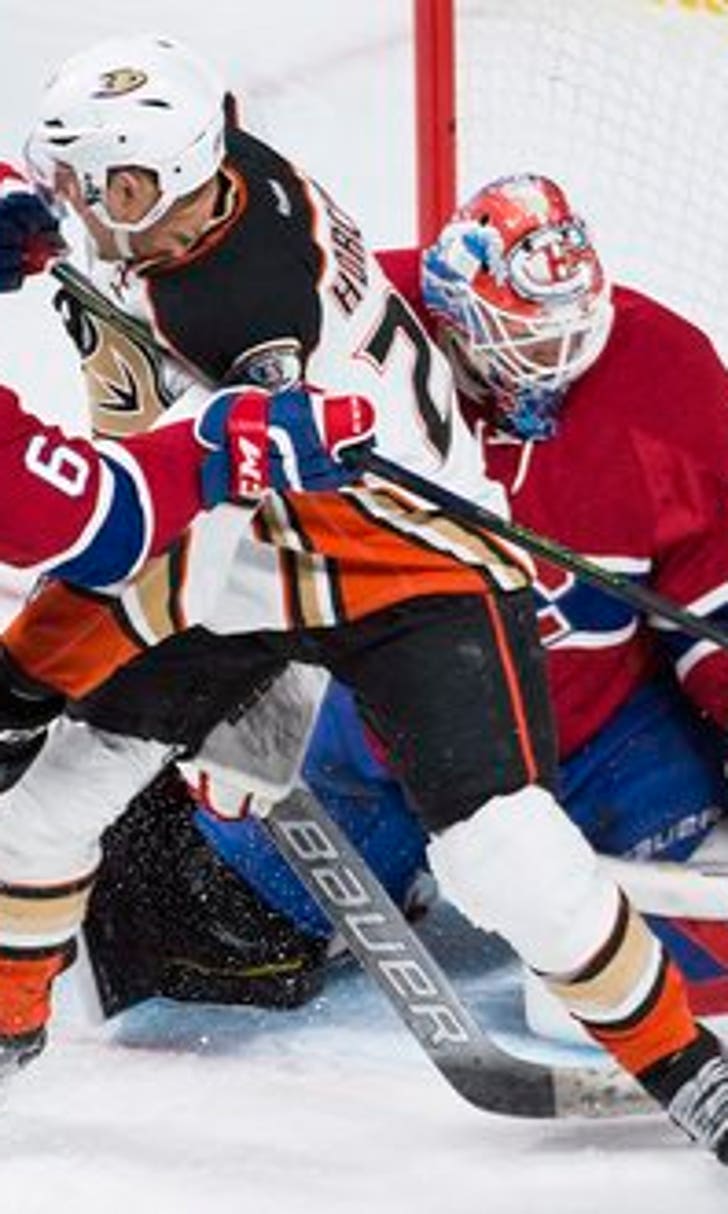 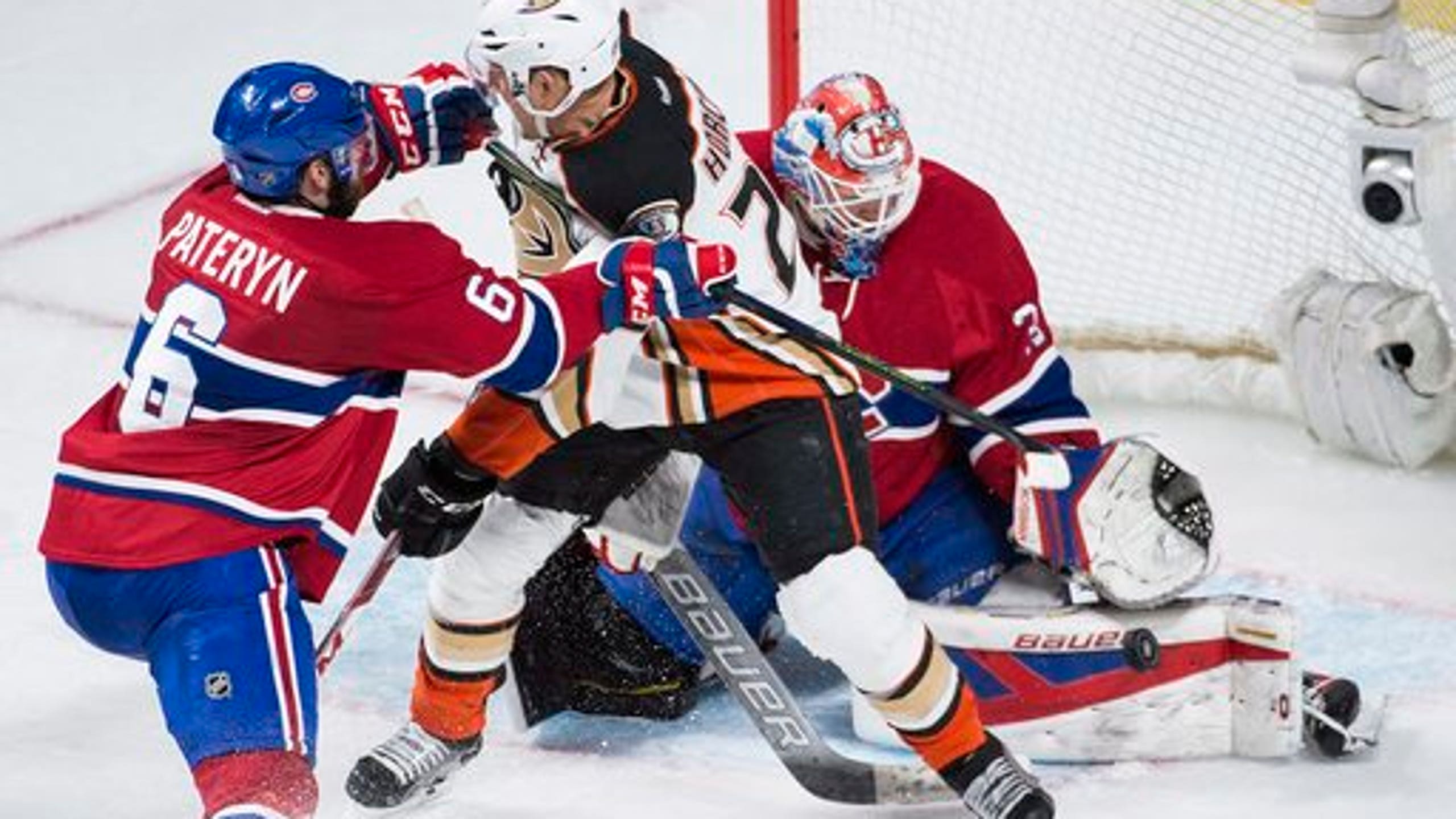 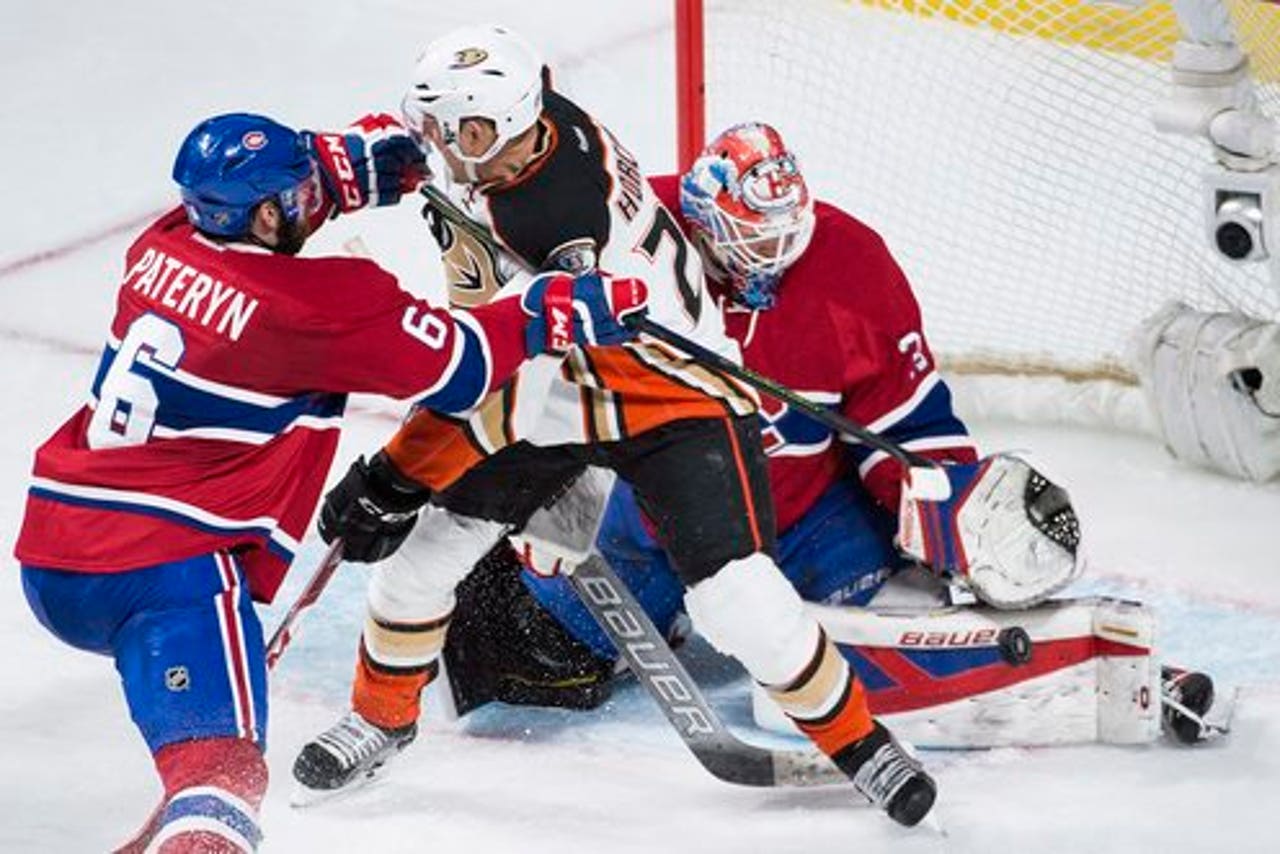 MONTREAL (AP) The Montreal Canadiens slowed down the Anaheim Ducks' drive to the playoffs.

Lucas Lessio scored his first goal in 11 games with the Canadiens and Montreal defeated the Ducks 4-3 on Tuesday night.

Jakob Silfverberg scored two goals and Corey Perry reached the 30-goal mark for the Ducks, who could have clinched a playoff spot with a win.

''I don't think that was even mentioned in the room,'' said Silfverberg, whose team gets another chance Thursday night in Toronto. ''Our focus now is to get ahead of the (Pacific Division-leading) L.A. Kings and we're only looking up in the standings, not behind.

''It's a matter of winning games and tonight we didn't do it.''

Brown dug a puck free behind the Anaheim net and passed to Lessio in front 8:13 into the third.

''We knew it was going to be a hard game to play,'' Brown said. ''We never expected to be where we were in the third period, so for us it was great.''

Mitchell tipped Tomas Plekanec's point shot just under the crossbar 8:28 into the game to open the scoring.

Silfverberg scored on a rush at 14:30 of the first with a wrist shot that went through Mike Condon's pads to tie it at 1-1.

Perry banged in a rebound 1:55 into the second period for his 30th of the season. It is the sixth season in his career that Perry has scored 30 or more goals and the third in a row.

Montreal struck back twice, as Galchenyuk one-timed Max Pacioretty's pass into an open side at 8:58 and Brown went in alone after Anaheim failed to clear its zone and beat John Gibson at 10:14.

Recent call-up Joel Hanley assisted on the Mitchell and Brown goals for his first two NHL points in only his second game.

''Lucky bounces, but it was a cool feeling,'' Hanley said. ''Everyone's fighting for something, whether it's next year or a spot on the team.''

A similar play at the opposite end of the ice put Silfverberg in for his second of the game. The Ducks forward has six goals and two assists in his past five games.

NOTES: Defenseman P.K. Subban and center David Desharnais skated with their teammates in non-contact jerseys for their first time since their injuries. Montreal, which has 11 players out with injuries, is 2-4-0 without Subban. ... Ducks forward David Perron was to have an MRI on Tuesday on his right shoulder injury.