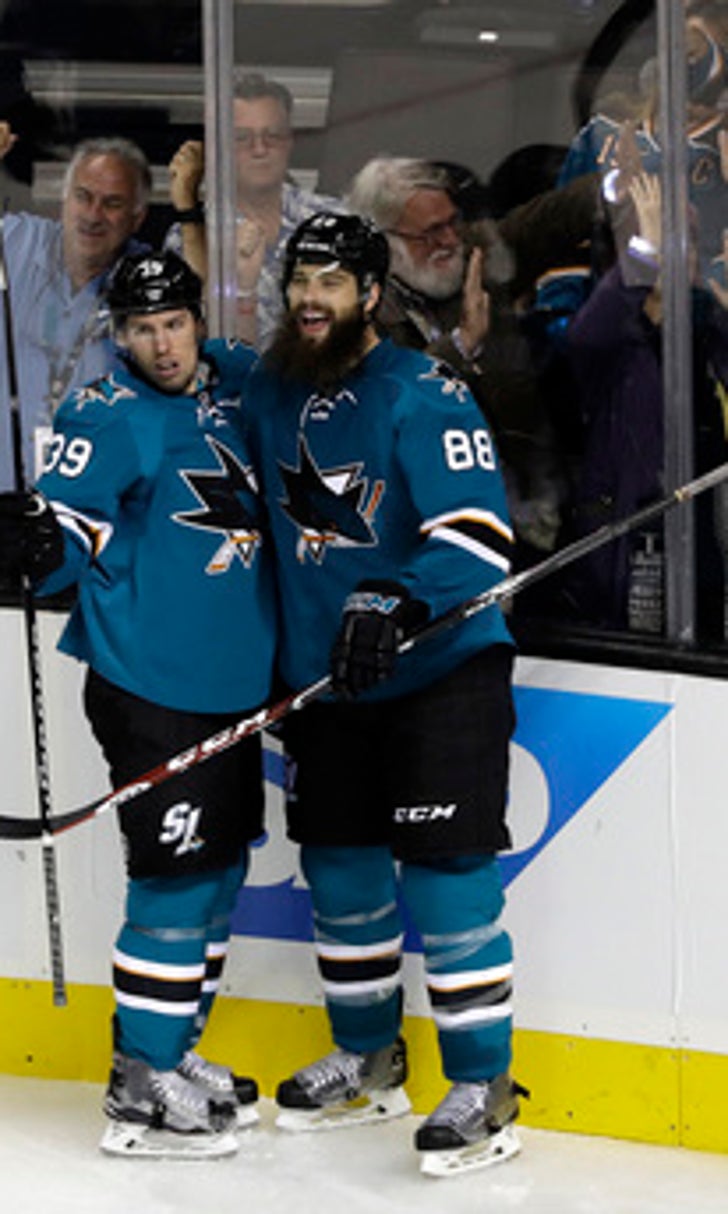 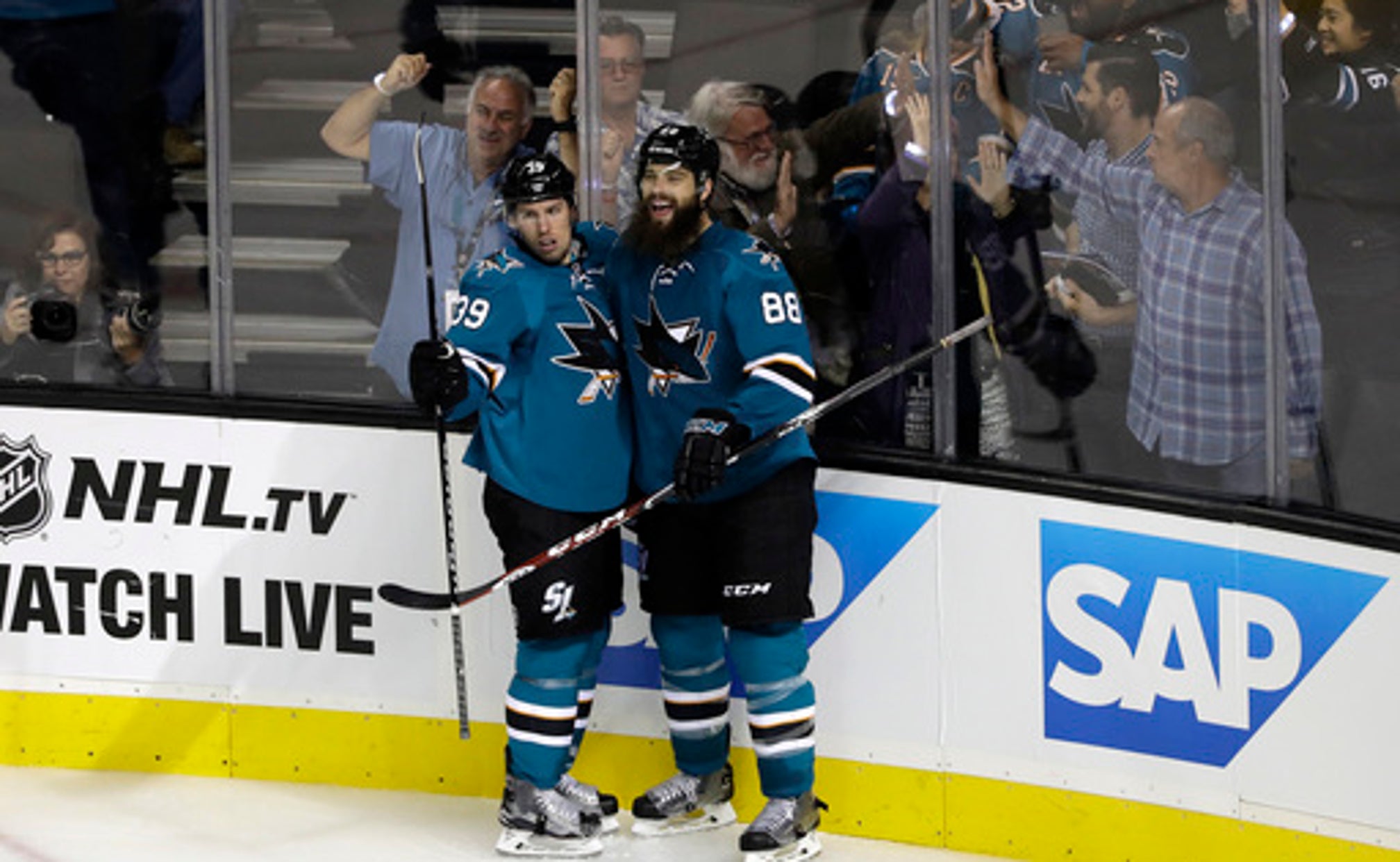 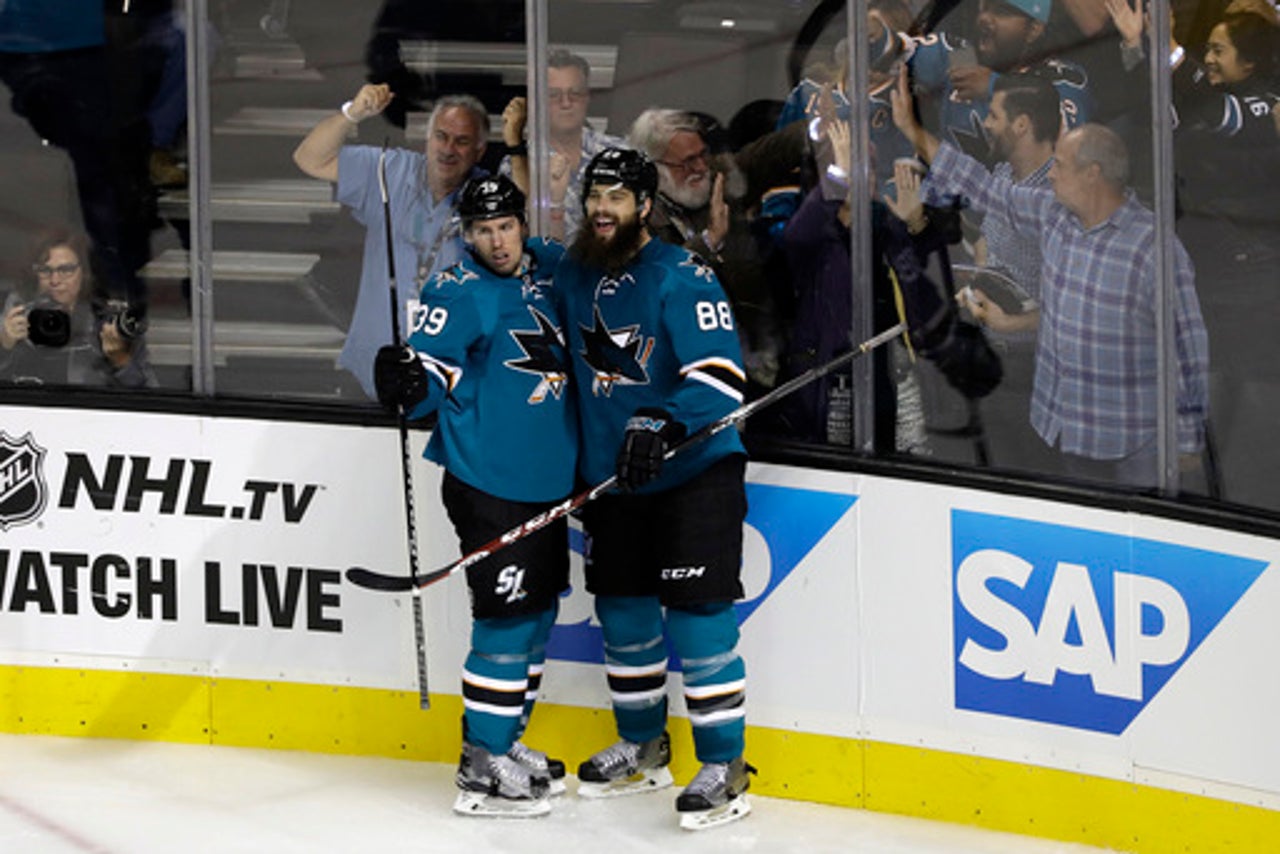 SAN JOSE, Calif. (AP) Brent Burns scored the tiebreaking goal early in the third period after Los Angeles goalie Jonathan Quick left with an injury and the San Jose Sharks opened the season with a 2-1 victory over the Kings on Wednesday night.

Tyler Toffoli scored a power-play goal in a rough start to the season for the Kings.

Quick left after stopping 14 of 15 shots in the first period with a lower body injury. He appeared to hurt himself stretching to get to the post to stop a chance by Joe Pavelski late in the period. Jeff Zatkoff replaced him and stopped 15 of 16 shots.

After a high-paced opening period, the game settled down and it took a fortunate bounce for the Sharks to take the lead just over 3 minutes into the third. Joonas Donskoi tried to slide a pass to Mikkel Boedker but a sprawled out Drew Doughty blocked it.

Unfortunately for the Kings, the puck went straight to Burns, who beat Zatkoff for the goal that put San Jose up 2-1.

The Kings remained in the locker room as the Sharks played video highlights from last season - including the first-round win over Los Angeles - and unveiled the banner for winning the Western Conference for the first time in franchise history.

Los Angeles then jumped on top early, getting a power play just 33 seconds into the game and converting when Toffoli beat Jones high to the short side.

But the Sharks took over the play in the second half of the period and got the equalizer when Couture beat Quick from the slot on the power play. The referee initially ruled the puck hit the crossbar and Joe Pavelski and Quick got into a scrum as San Jose celebrated the apparent goal. After a replay review, the goal counted.

NOTES: This marked the third straight season these teams opened against each other with San Jose winning all three of the meetings. ... Former Sharks F Devin Setoguchi made his Kings debut on the top line and played his first NHL game since Nov. 22, 2014, as he dealt with alcohol problems. ... Los Angeles F Tanner Pearson served the first of a two-game suspension for an illegal check in the preseason.