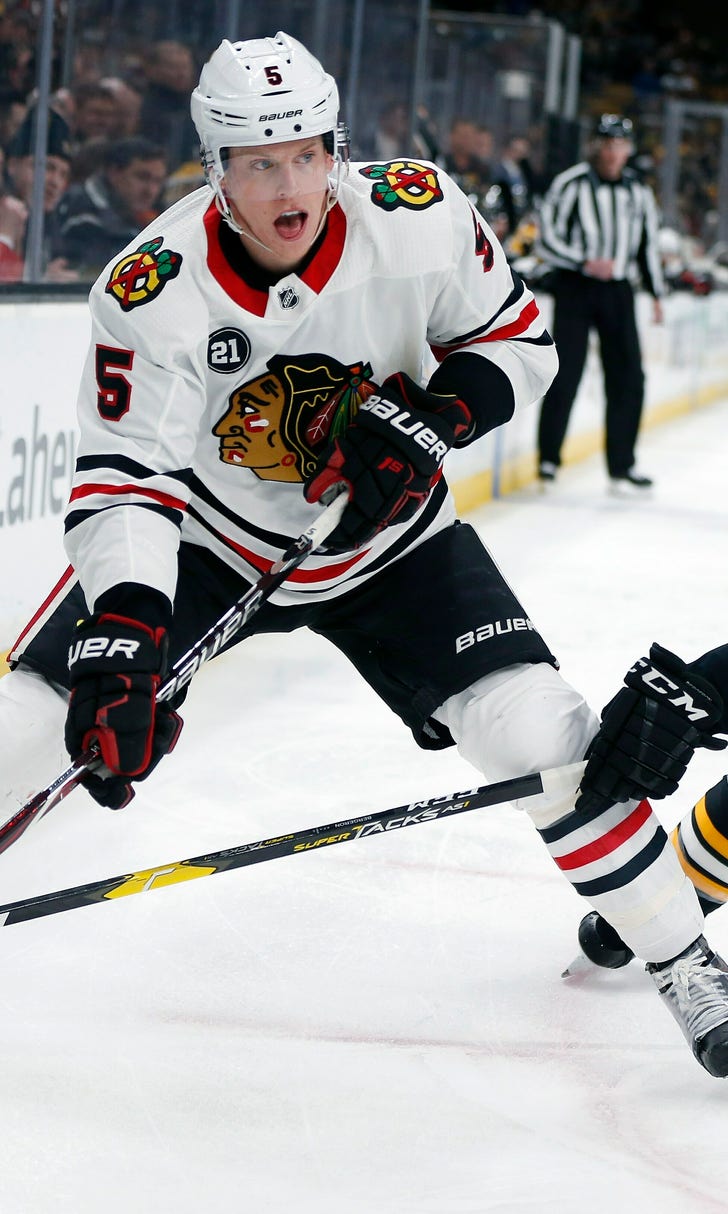 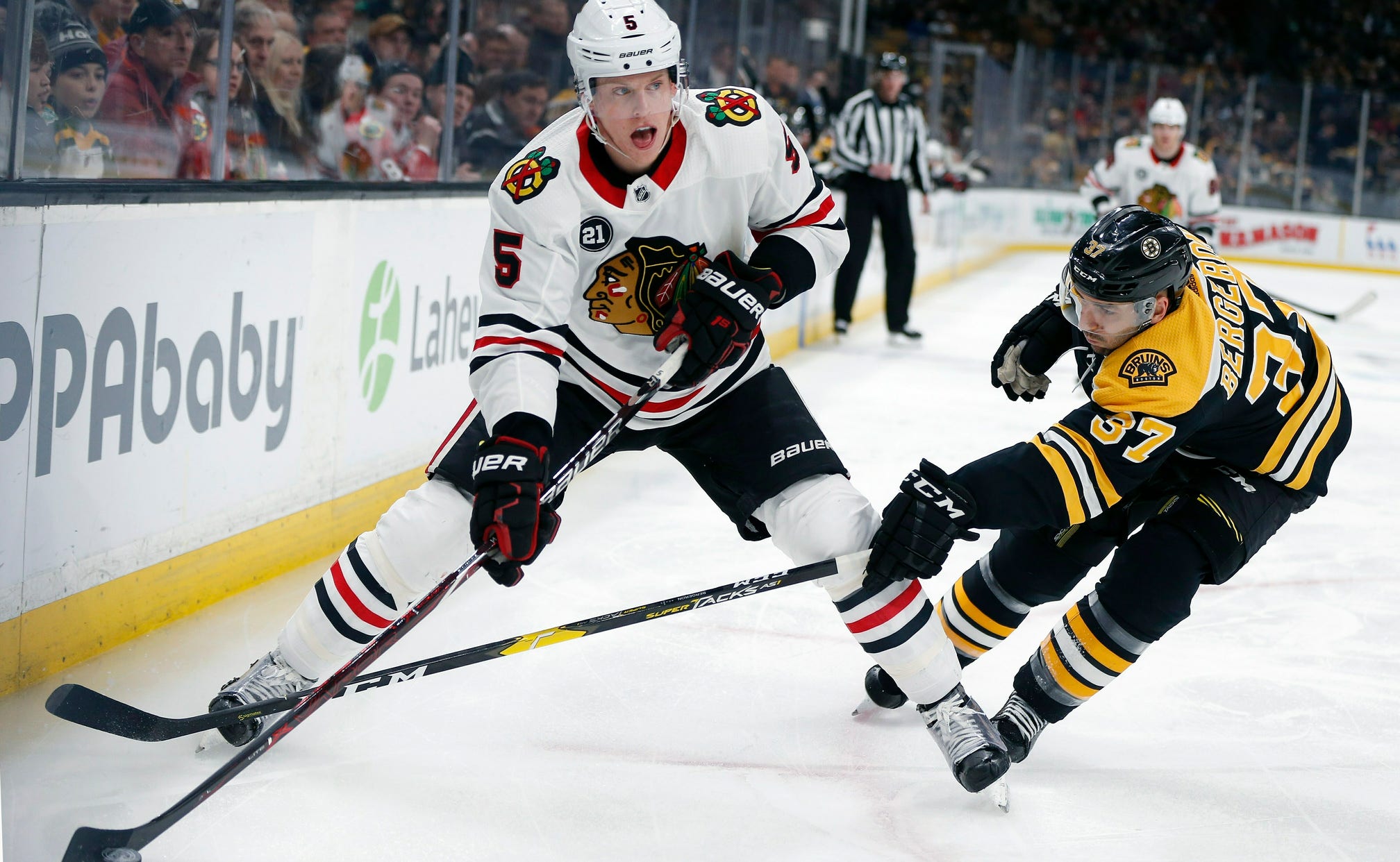 BOSTON (AP) — The Boston Bruins needed someone to replace David Pastrnak's production while their leading scorer recovers from thumb surgery.

For one night, at least, they found the solution: just about everyone.

David Krejci, Danton Heinen and Brad Marchand each scored during a four-minute span at the end of the first period and the Boston Bruins beat the Blackhawks 6-3 on Tuesday night to snap Chicago's seven-game winning streak.

"We're going to need contributions from everybody with Pasta going down like that," Marchand said, singling out Heinen and Jake DeBrusk, who each had a goal and two assists. "It's great to see them add so much depth to our group. We need that to continue."

Krejci scored again in the third period, when Marchand picked up his third assist, to help the Bruins win for the fifth time in six games. Peter Cehlarik also scored for Boston and Patrice Bergeron had a pair of assists on the day that general manager Don Sweeney announced that Pastrnak would miss at least two weeks after injuring a tendon in his left thumb.

"It doesn't hurt (to score a lot) when your best scorer goes down," said Tuukka Rask, who stopped 23 shots. "Six goals, that's good for the goalie."

Collin Delia made 31 saves, and Alex DeBrincat and Duncan Keith scored for Chicago, which hadn't lost since Jan. 17. Patrick Kane had an assist for the 14th straight game, tying Stan Mikita for the longest assist streak in the history of the Original Six franchise.

"We had a really good run. I think we built a lot of confidence within ourselves," Keith said. "We know what we were doing well and what we were doing to have success, and tonight we only did that in spurts. Against a good team like Boston, they're going to make you pay. And they did."

DeBrincat scored about four minutes into the game, wristing a long, seemingly harmless shot that trickled through Rask's pads. The Bruins killed off a 5-on-3 power play and then Krejci tied it with about five minutes left in the period.

Heinen gave Boston the lead less than a minute later, and another 3:23 later Marchand made it 3-1. DeBrusk gave Boston a 4-1 lead late in the second.

"When you kill a 5-on-3 I can tell you your whole bench gets picked up," Bruins coach Bruce Cassidy said. "The skill guys want to go out there and reward the (penalty) killers."

Boston failed to capitalize on a two-man advantage of its own, but the Bruins did have two power play goals — even without Pastrnak, who was tied for ninth in the NHL with 66 points and is seventh with 31 goals.

General manager Don Sweeney said earlier Tuesday that the 22-year-old forward was injured when he fell Sunday night after attending a team sponsorship dinner. According to Sweeney, the doctor will re-evaluate the injury and the timetable in two weeks, but Pastrnak is expected to return this season.

Blackhawks: Host the Devils on Thursday.

Bruins: Visit the Ducks on Friday.