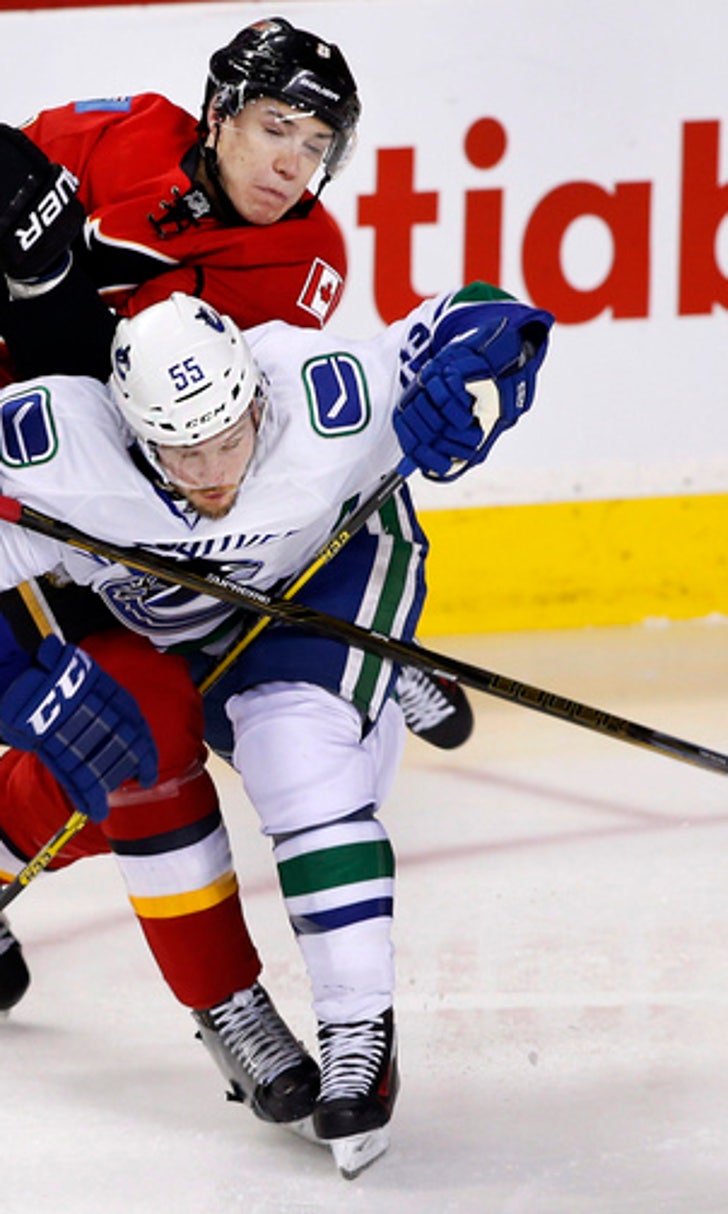 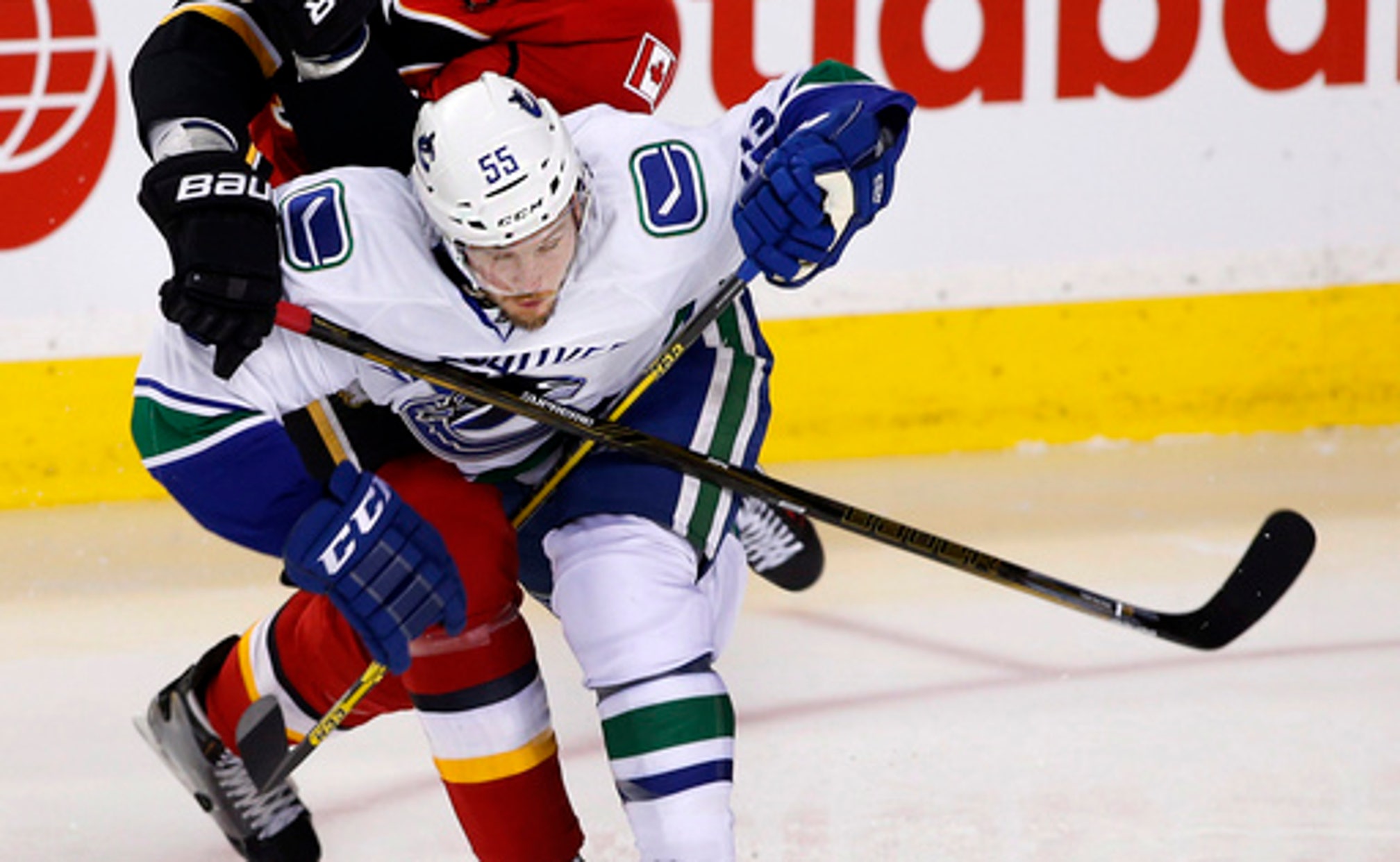 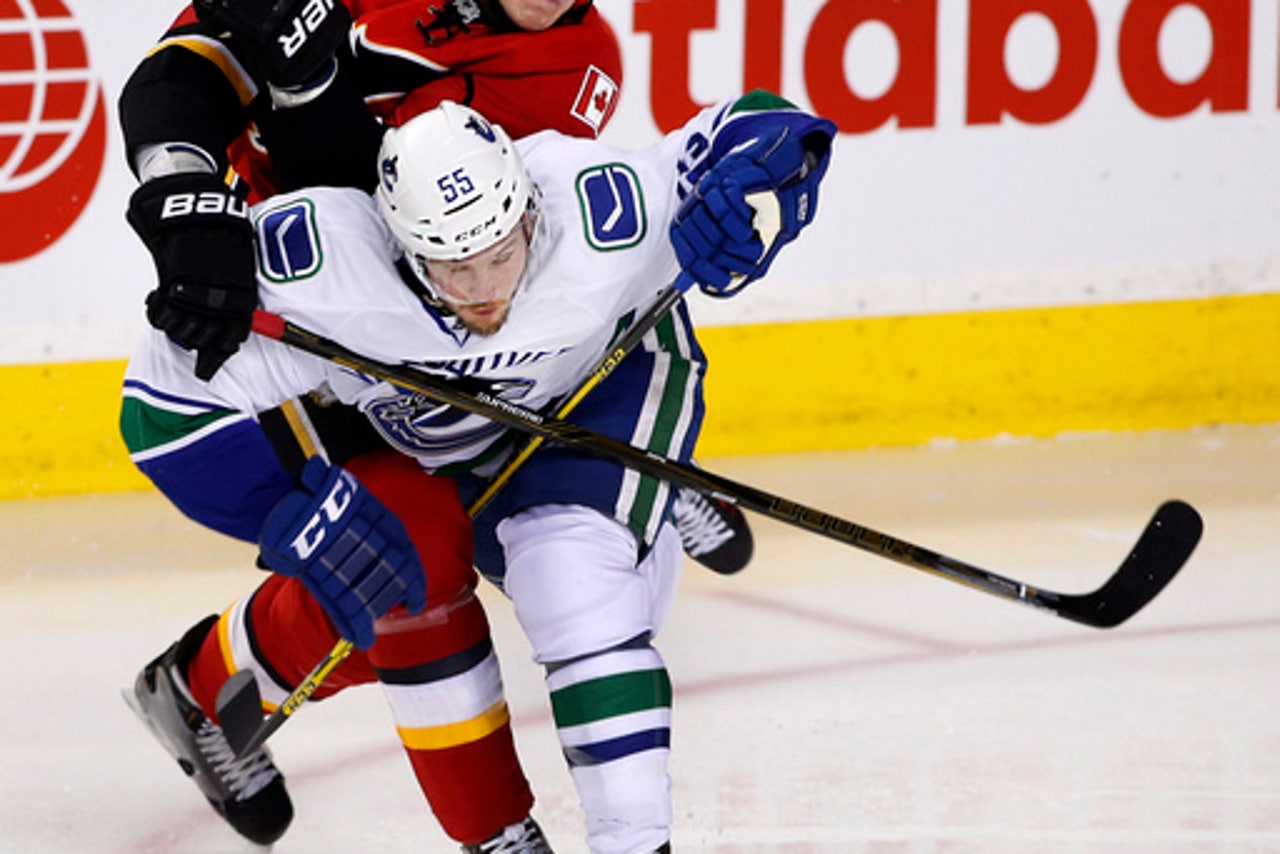 CALGARY, Alberta (AP) While Johnny Gaudreau gets all the hype for his sublime playmaking ability, teammate TJ Brodie is no slouch himself.

With a career-high 32 helpers on the season, including 11 in the last eight games, Brodie is just two back of Gaudreau for the team lead.

''The way that he skates, the way that he jumps in the play, he can change direction so quickly that he's basically impossible to defend,'' Flames coach Bob Hartley said.

Two of the assists came in the second period while Calgary scored three straight goals to take a 4-2 lead.

The go-ahead goal at 5:34 came off Michael Frolik's stick. Set up in the slot by Brodie, Frolik's shot changed directions off the skate of Canucks defenseman Matt Bartkowski.

The Flames made it 4-2 on Giordano's 14th goal with 25 seconds remaining. Again, it was Brodie with the set-up.

''Lately, we've been trying to play more of a five-man unit. Jumping through the holes, trying to find the pockets, and get pucks to the net and it worked out for us tonight,'' Brodie said.

Also with big nights offensively for Calgary were Joe Colborne, Mikael Backlund and Frolik, who each had a goal and an assist. Josh Jooris also scored and the Flames snapped a three-game losing streak and kept their faint playoff hopes alive.

Calgary is nine points back of the Colorado Avalanche for the second wild-card spot in the Western Conference.

''Every win, you build up a little bit more confidence. We finished strong this game and the goal is to carry this momentum to this next game,'' Frolik said.

Adam Cracknell and Jake Virtanen scored for Vancouver. The Canucks have lost four in a row, each by the identical score of 5-2.

''You can't let the negativity take over. You've got to stick together as a team,'' said Jacob Markstrom, who had 28 stops. ''We're in the same boat. Nobody wants to be in this boat, but the reality is we're all in it. We've got to find a way to get out of it.''

The Canucks open up a five-game homestand on Sunday against Colorado. They are winless in their last six at Rogers Arena (0-5-1).

Down 2-1 after the first period, Calgary tied it 2-2 at 2:07 of the second. From a mad scramble beside the crease, Backlund chipped the puck over Markstrom. After scoring five goals in the season's first 50 games, Backlund has five goals in his last seven games.

''It's been a tough week. You can't afford to give any more points away,'' Colborne said. ''We'll enjoy it for a little bit here in the room and when we walk out of the rink it's on to a huge road trip in California.''

The Flames play in Anaheim on Sunday.

Making his fourth straight start since Karri Ramo's season-ending knee injury, Jonas Hiller won for the first time. He had given up 12 goals in the first three games but bounced back with a 26-save effort.

NOTES: Sam Bennett played his natural position of center for the first time since Oct. 31. He's spent all but a handful of games on left wing. ... Calgary D Tyler Wotherspoon made his season debut. He was recalled from Stockton (AHL) to replace Ladislav Smid (upper body), who was placed on IR.