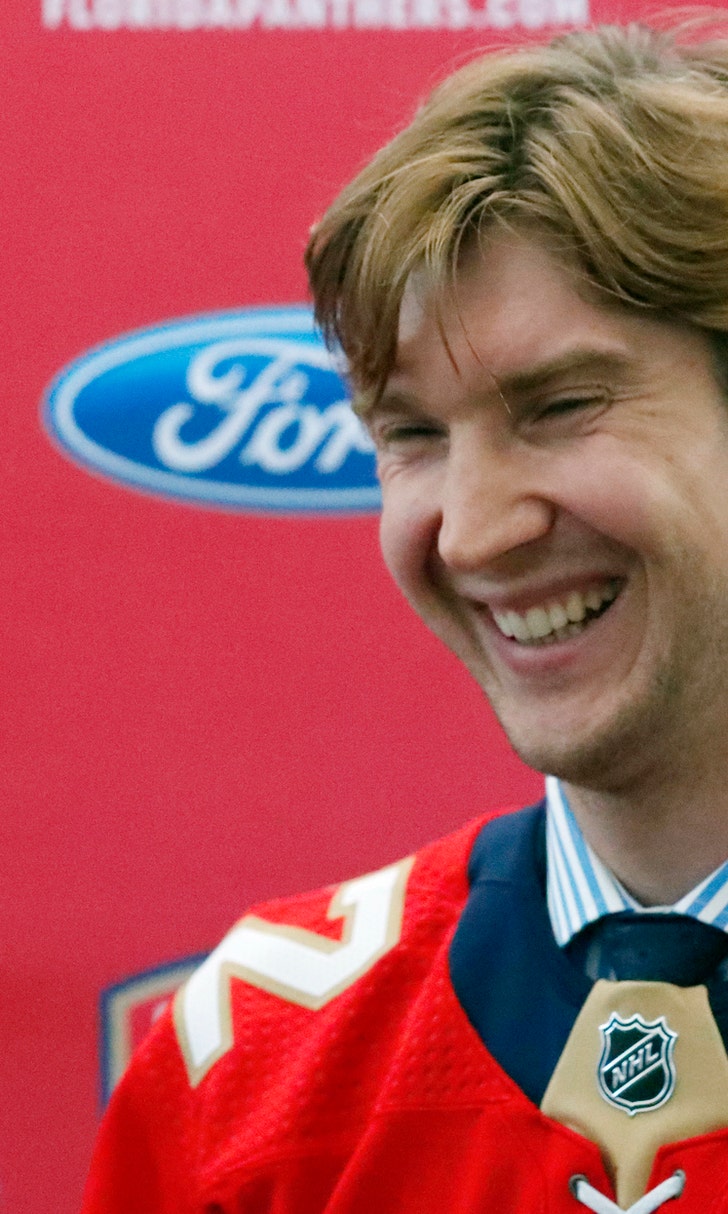 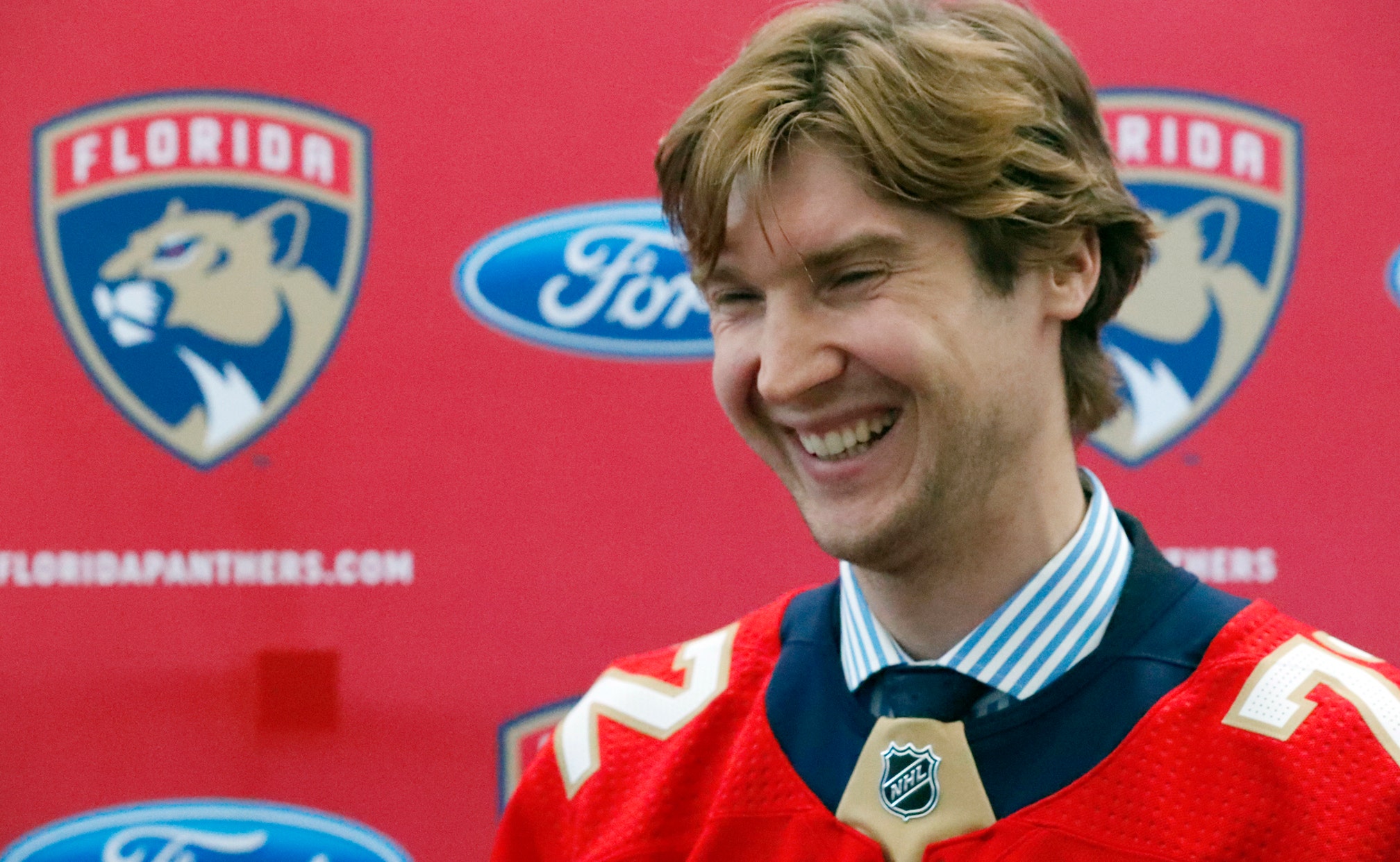 Bobrovsky says he came to Florida to win the Stanley Cup

SUNRISE, Fla. (AP) — Sergei Bobrovsky already has two Vezina Trophies, the award handed out at the end of each season to the NHL's top goaltender.

He's not looking for a third.

For the Florida Panthers' new goalie, only one trophy matters now.

Bobrovsky and Florida's three other free agent signings — defenseman Anton Stralman, and forwards Brett Connolly and Noel Acciari — put on their new Panthers sweaters for the first time Tuesday in their official introduction to South Florida. When they're back to begin training camp in just over two months, the Stanley Cup will be the singular goal for the long-struggling Panthers.

"It doesn't matter what you win individually," Bobrovsky said. "Hockey's a team sport and it's all about the Cup. Only one team can win the Cup each season. That's my main goal. That's what I want to do. That's why I am here now. I believe in this team. I believe in this group."

Bobrovsky, who spent the past seven years in Columbus, was the biggest acquisition for the Panthers this summer, at least from a player sense. Florida's offseason began with a coaching change and the hiring of three-time Stanley Cup champion Joel Quenneville, who said having a great goaltender is "the biggest ingredient" when putting together a team that can truly win a title.

And the Panthers think they got the best goalie in the game, someone who led the NHL with nine shutouts last season and then backstopped the Blue Jackets to a stunning sweep of Tampa Bay in the opening round of the playoffs — after the Lightning were far and away the league's best team during the regular season.

Bobrovsky was long believed to be Florida's top free-agent target, and it was widely presumed that he would pick the Panthers. He decided last week that he would indeed sign with Florida, and a $70 million, seven-year offer got it done.

"With the bright future this team has, with the great coach, with the great management, and with the really talented group of guys I'm excited to be here," Bobrovsky said. "I think we can make something special here."

Bobrovsky will replace Roberto Luongo as Florida's No. 1 goaltender, following Luongo's retirement. Sam Montembeault, who made his first 10 NHL starts last season with the Panthers, is likely the backup.

Florida has missed the playoffs in 16 of the last 18 seasons, hasn't won a playoff series since 1996 and will have had 16 coaches in 26 seasons when Quenneville makes his debut. But the Panthers touted a promising young core for years, had one of the NHL's top offenses last season and believe Bobrovsky will be the difference-maker on the defensive end of the ice now.

"It's a process," said the 30-year-old from Russia. "It's not going to be easy. Nobody says this is going to be smooth and nice. We're going to have to overcome some adversity. But those things will make us stronger."