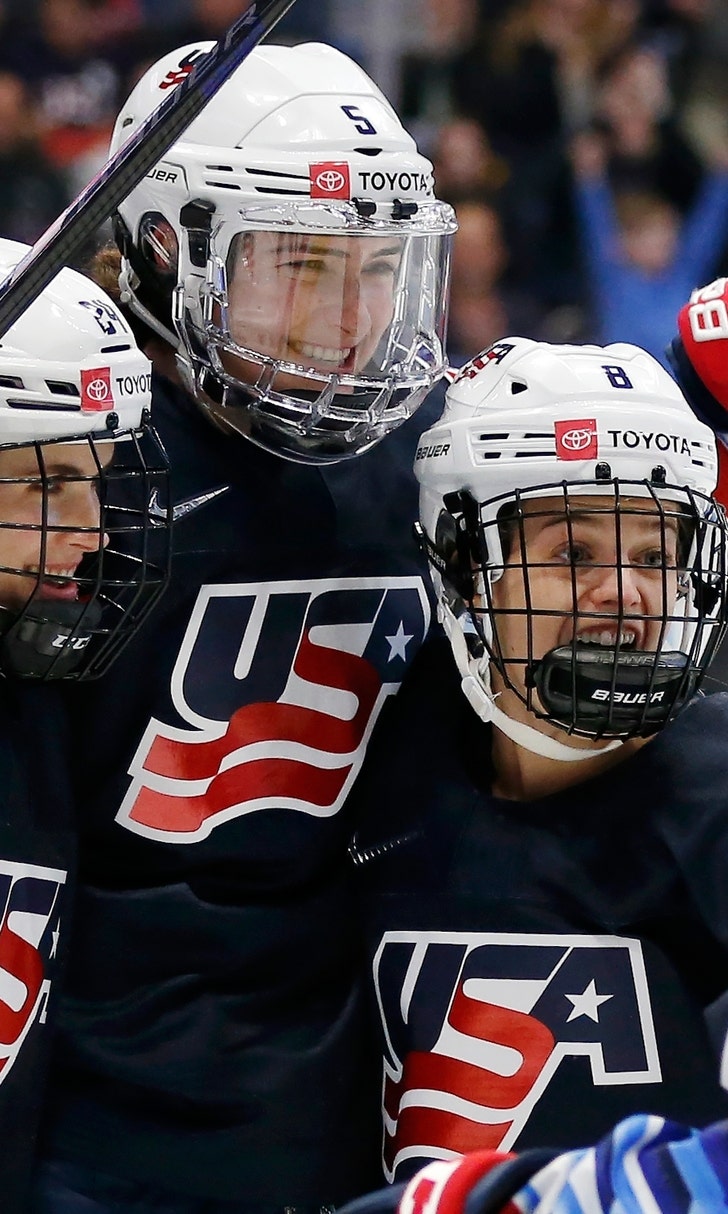 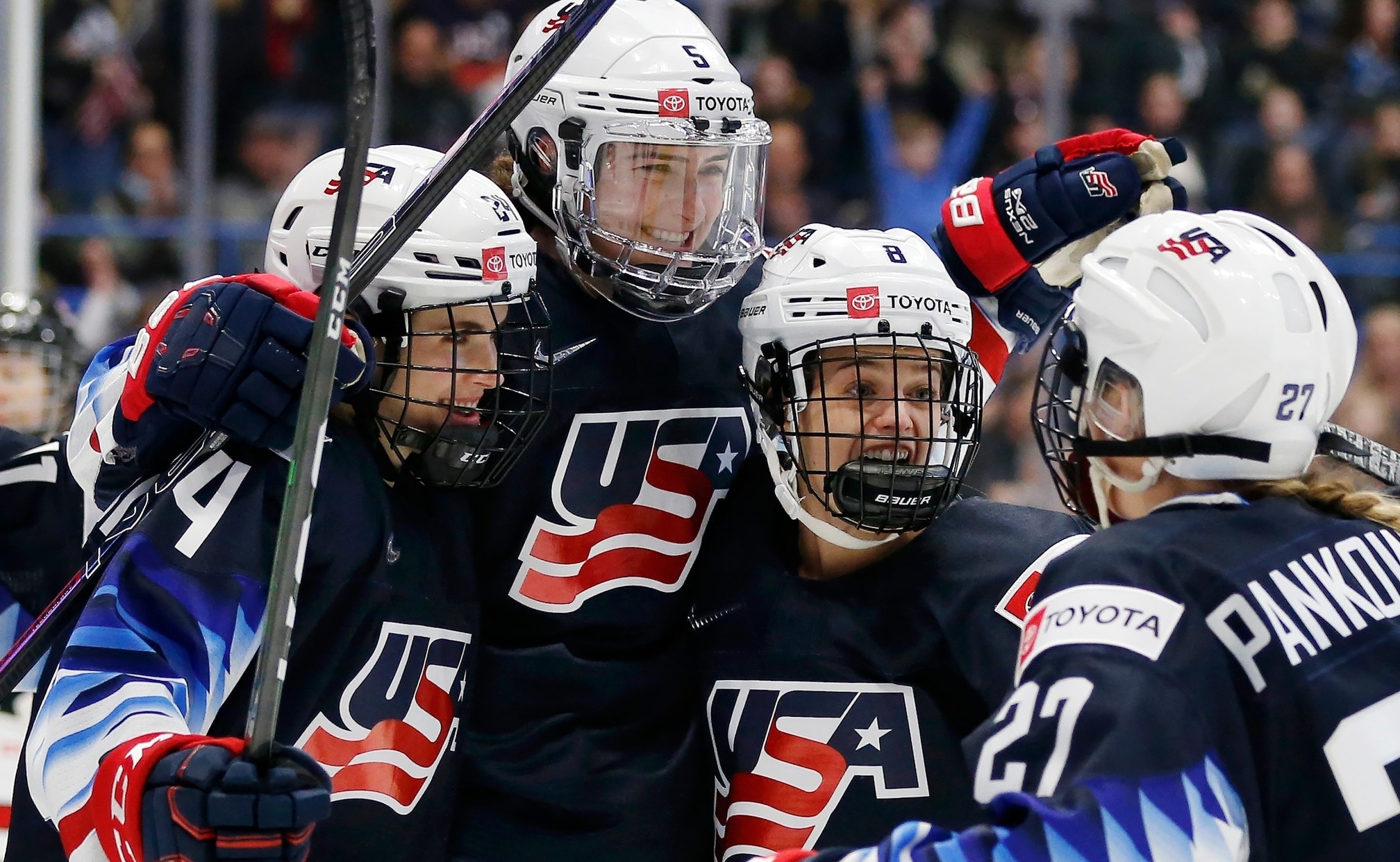 The NHL is increasing its promotion of women's hockey by adding a three-on-three game between U.S. and Canadian national team members to its All-Star festivities later this month in St. Louis..

The women's game will happen during the Jan. 24-25 weekend that showecases the top players in the NHL, according to three people with direct knowledge of the plans who discussed them Monday with The Associated Press on condition of anonymity because the NHL isn't set to reveal its plans until later this week.

The plan to hold the three-on-three game has been in the works for months, with as many as 24 players set to participate after the final rosters were being established late last week, two of the people told AP. The game was first reported by ESPN.com.

This isn't the first time the NHL has invited female players to attend its All-Star game.

Two years ago, with Team USA training nearby in advance of the Winter Olympics, the NHL invited three American players to be on hand but not participate. Last year, four players were invited and American Kendall Coyne Schofield made a huge splash by becoming the first woman to participate in the skills event and then finished seventh in the fastest skater competition.

What's difficult to gauge is what signal the NHL might be sending by having a number of the world's top female players sharing the spotlight when women's hockey is in a state of flux.

A majority of players, however, balked at making the jump to the NWHL and instead vowed to not play professionally in North America this season. Eventually, nearly 200 top players formed the Professional Women's Hockey Players' Association to push for a league they say must have a sustainable economic model.

The PWHPA has since launched a series of barnstorming tours, with its most recent stop in Toronto this past weekend. The NWHL, in the meantime, is in the middle of its fifth season and featuring teams made up of patchwork rosters with a handful of association players having returned to play.

The NHL has avoided the appearance of playing favorites, first between the CWHL and NWHL, by providing each league $75,000 annually (the NHWL received the CWHL's share once the Canadian league folded).

The NHL selected only national team players to participate in the three-on-three event; all of them are PWHPA members.

Commissioner Gary Bettman has supported the idea of the NHL forming its own league, but not at the expense of pushing an existing league out of business. Bettman has said he doesn't want the NHL to appear like a bully.

At the same time, he's also said the NHL didn't believe in either the CWHL or NWHL's business models.

NWHL founder and commissioner Dani Rylan has taken offense to the NHL questioning its investor-backed business model. In October, Rylan went so far as to say the NWHL has proven it can be viable without NHL support and a lack of high-profile players.

The NWHL has instead focused on adding private investors to generate revenue and fill in the gaps left after the NHL Buffalo Sabres and New Jersey Devils cut ties with teams in their respective markets. The league has also turned to increasing its profile on social media by having all its games broadcast on Twitch.