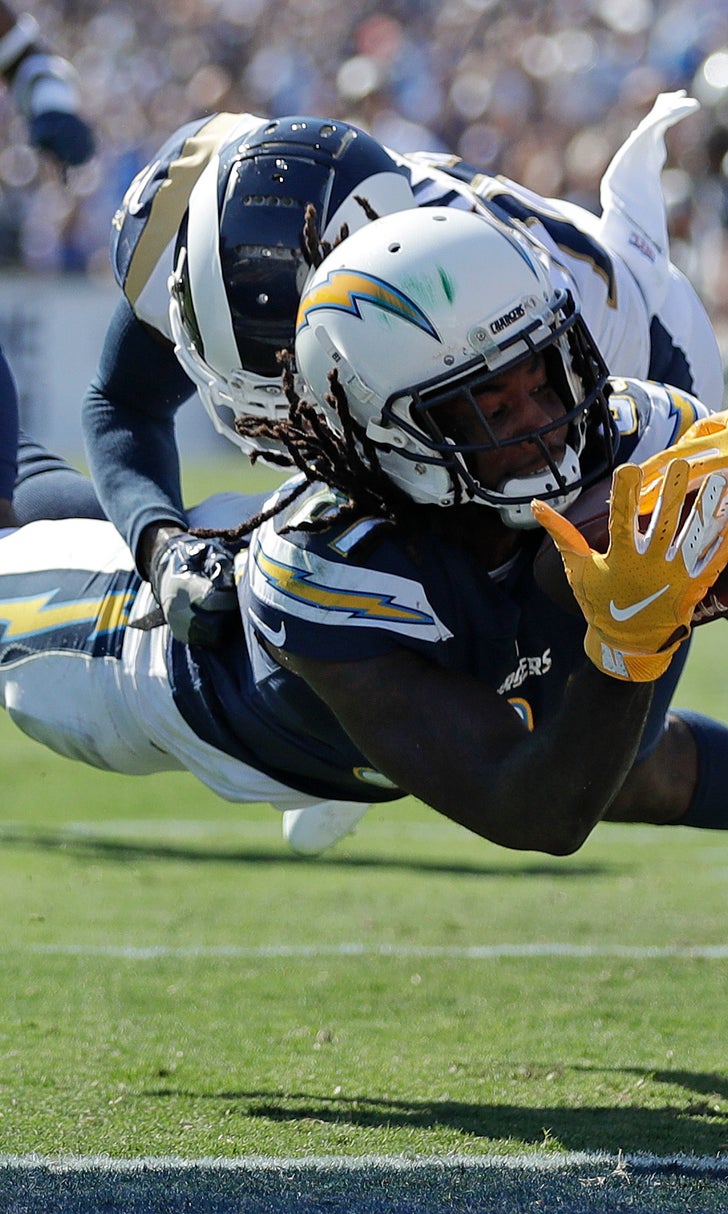 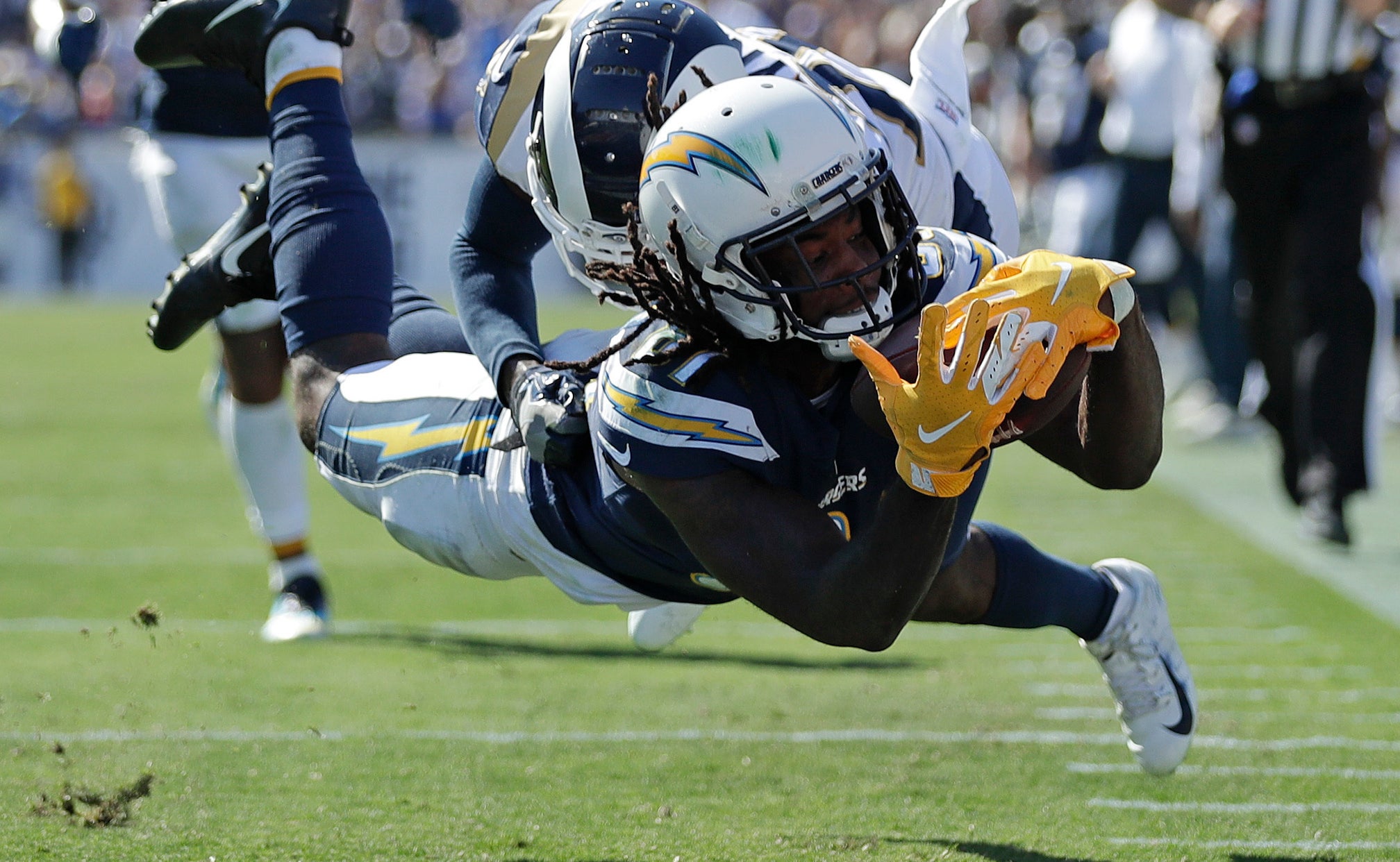 COSTA MESA, Calif. (AP) — Mike Williams is starting to show why the Los Angeles Chargers selected him in the first round of the 2017 draft.

The second-year wide receiver has three touchdowns and is averaging 17.2 yards per catch. He had his first two-touchdown game with four receptions for 81 yards in Sunday's 35-23 loss to the Rams .

"His confidence is at an all-time high. He's looking good," coach Anthony Lynn said Monday. "Last year he was learning on the run because he wasn't practicing a lot. He has been really consistent for us so far."

Williams, who is 6-foot-4 and 220 pounds, can be a matchup problem for opposing defenses when he is healthy. But he has battled injury problems two of the past three seasons.

During his sophomore year at Clemson in 2015, Williams broke his neck when his head slammed into the padded base of the goal post after a touchdown. He missed six games last year due to back and knee injuries.

Williams is hoping that this year mirrors what he did at Clemson in 2016, when he had 98 receptions for 1,361 yards and 11 touchdowns to lead the Tigers to their second national championship.

If the first three weeks are any indication, Williams has the potential for another bounce-back season.

Both of his touchdowns against the Rams came despite tight windows to catch the ball. The 42-yard touchdown during the first quarter came while Marcus Peters was draped over him in coverage in the end zone on a go route. On Williams' second touchdown, which came during the third quarter, he caught the ball at the Rams 3 on an out route and was able to outmuscle Lamarcus Joyner to the end zone.

"I'm making the best of my opportunities. Every time the ball comes my way, I feel like something good comes from it," Williams said.

Williams is also showing a knack for making positive plays when he has the ball. All but one of his 11 receptions has been for a first down and four have gone for 20 yards or more. Williams' ability to move the chains is also a reason why he continues to gain more trust from Philip Rivers.

Williams is hoping to have another big game this week when the Chargers host the San Francisco 49ers. The Niners (1-2) come into the game with the fifth-worst pass defense in the league and will be without cornerback Richard Sherman (groin) as well as quarterback Jimmy Garoppolo, who suffered a season-ending knee injury in Sunday's 38-27 loss at Kansas City.

Notes: Lynn said Monday that defensive end Joey Bosa will miss his fourth straight game due to a foot injury. Lynn has not shut the door on a possible return for offensive tackle Joe Barksdale. Barksdale suffered a knee injury in the Sept. 9 game against Kansas City and has missed the past two games. ... After watching the tape of the Rams game, Lynn put a lot of the blame on punter Drew Kaser for having his punt blocked in the end zone. Lynn said Kaser should not have taken a three-step drop and should have gotten rid of the ball sooner.