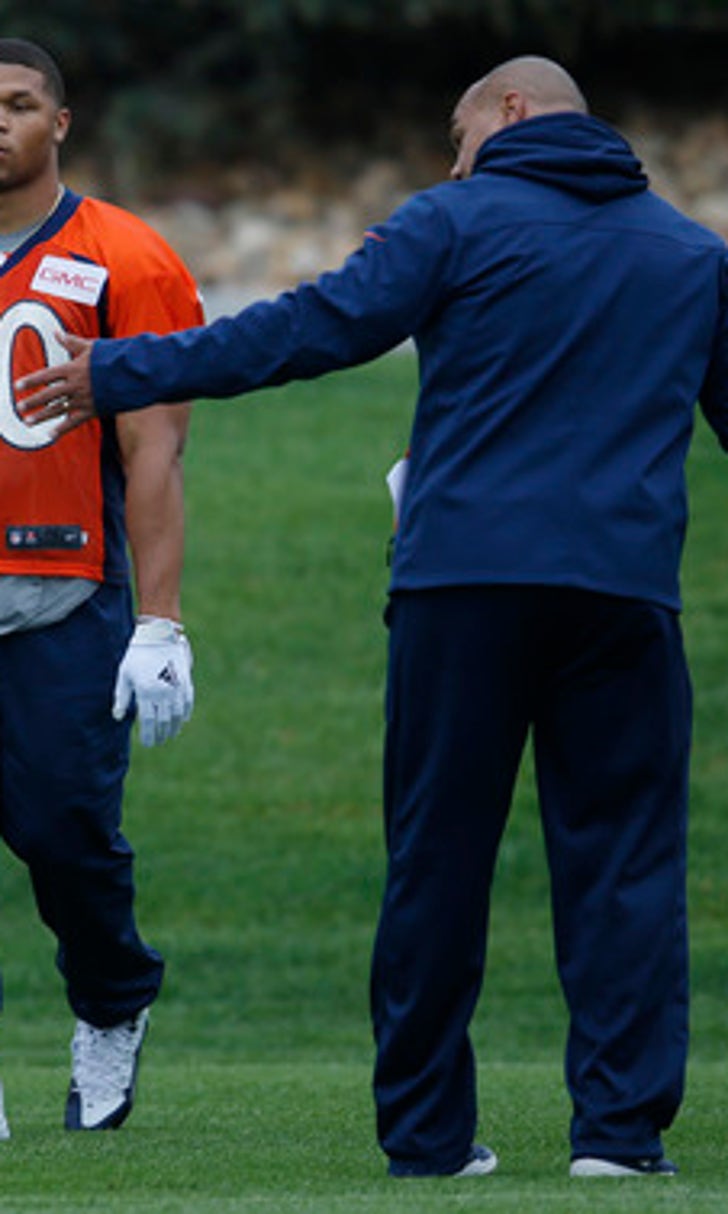 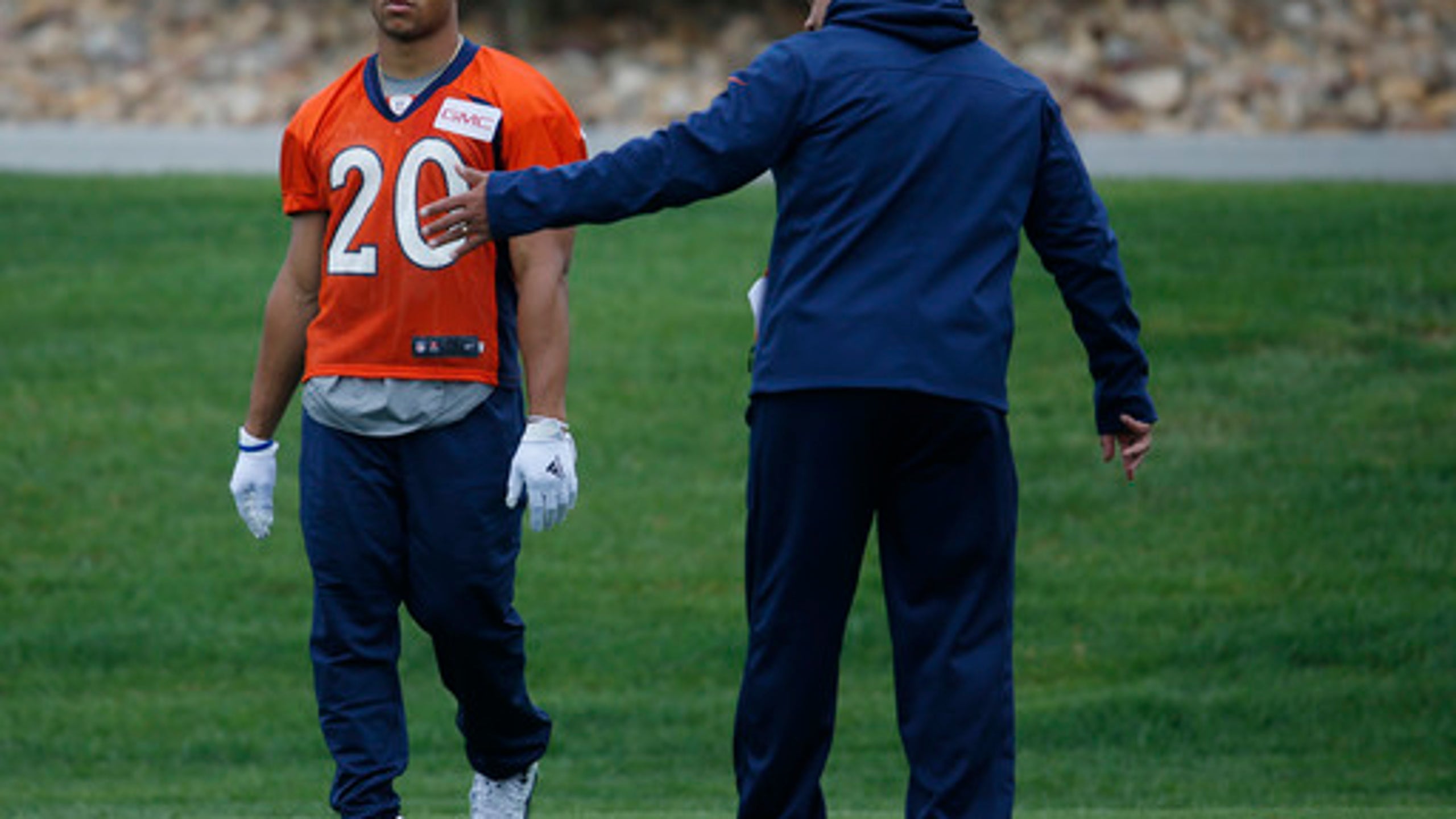 With knee on mend, Devontae Booker takes field for Broncos 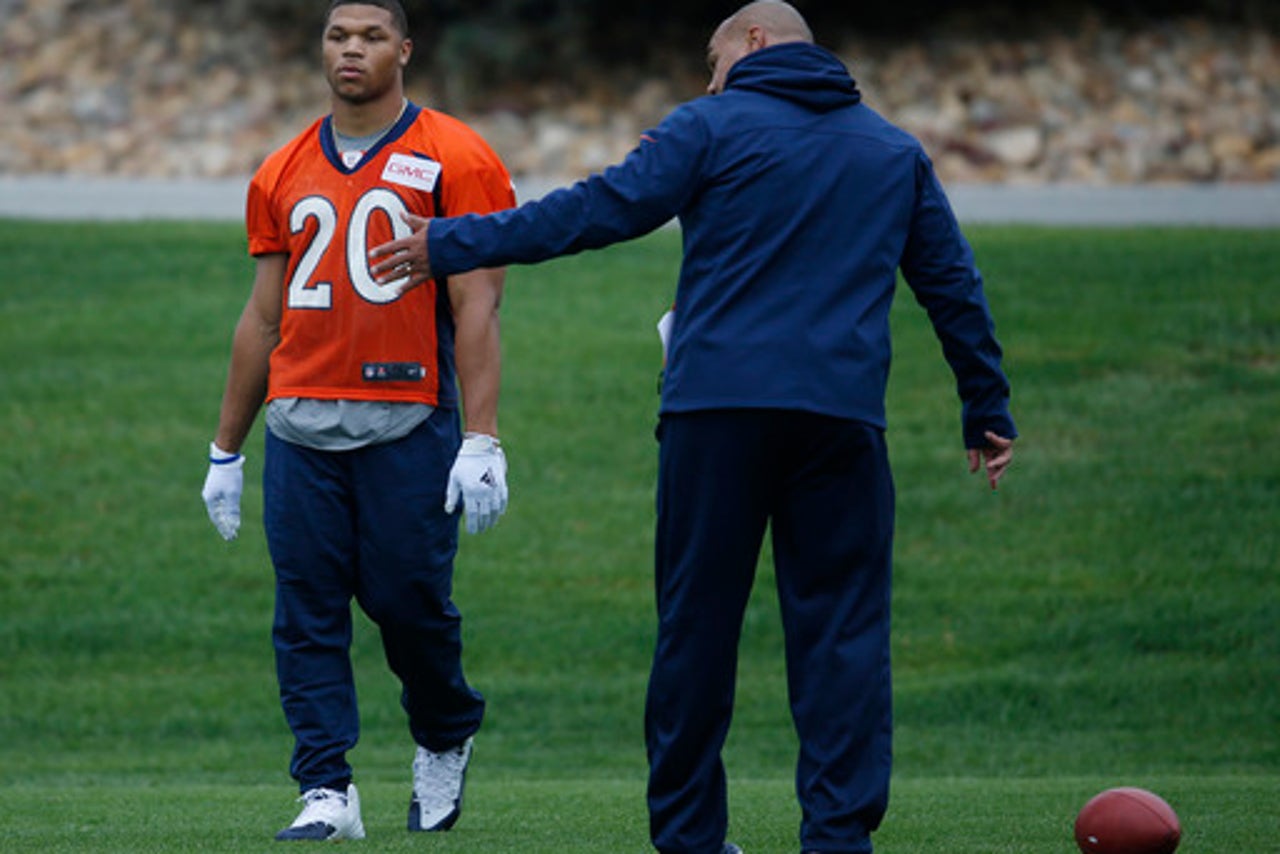 ENGLEWOOD, Colo. (AP) Devontae Booker is just strolling along these days - first across a stage to receive his diploma, and now on a football field at reduced speed with his knee still healing.

Patience, though, isn't exactly a strong suit for the Denver Broncos rookie running back. Not when there's an impression to make and skeptics to prove wrong. He's ready to go, go, go, but with his left knee at ''90 percent,'' his coaches are insisting he take things slow.

''I only know how to practice fast,'' Booker said Saturday.

Booker missed the first day of rookie minicamp Friday as he received his diploma in sociology from the University of Utah. He was eager to make up for the lost day of work and start demonstrating that passing on him - he tumbled to the fourth round - was a huge mistake for others and a boon for the Broncos. Some scouts had the 5-foot-11, 219-pound tailback going in the second or third round.

''The chip gets even bigger. It's probably the biggest it's ever been now,'' said Booker, who played at American River College before sitting out the 2013 season to finish academic coursework, then joining the Utes in '14. ''Just go out there and prove all the haters and everyone wrong. Just make all the other 31 teams that passed me up pay.''

''That's what I like doing anyway,'' he said. ''Get my shoulders downhill and make a move on the defender.''

On a dreary Saturday afternoon, Booker had the backfield nearly to himself as he and fullback Andy Janovich, a sixth-round pick out of Nebraska, worked with running backs coach Eric Studesville.

When the veterans return for work, that will all change. Booker will be trying to earn time behind C.J. Anderson, fresh off signing a lucrative deal, and change-of-pace back Ronnie Hillman.

''They're some good running backs,'' said Booker, who turns 24 on May 27. ''I have to work my butt off and compete and gain some trust from coaches, have them give me the rock.''

That is, once he's cleared to go full tilt.

He's being eased into things because of a balky left knee that took two surgeries to fix. He had a procedure last November to repair his meniscus - ending his season - and another in February when it wasn't properly progressing.

That may have played a role in him slipping down the draft board. He simply uses it as more fuel.

''I've been overlooked pretty much my whole career playing ball,'' said Booker, who's from Sacramento, California. ''Just for me to fall down or whatever, however the situation was, I'm just blessed to be here and be in this position to go out and contribute.

''I feel like I can do all the cuts and everything. The coaches want to hold me back and be careful with me. I'm just going to play by their rules, I guess.''

Booker had quite a career at Utah, rushing for 2,773 yards in two seasons. He was of only two Utah players to turn in back-to-back 1,000-yard rushing seasons.

NOTES: Rookie QB Paxton Lynch skipped practice Saturday to attend graduation at Memphis. ... Defensive coordinator Wade Phillips has been impressed with defensive lineman Adam Gotsis, a second-round pick out of Georgia Tech who's from Australia. ''Sometimes, with foreign players we've seen that they really look great, they can run fast and they're big and strong, but it doesn't carry over to American football,'' Phillips said. ''He's adapted to American football really well.''

Can Buffalo Shock The World?
The Bills are coming in hot, but can their defense find a way to stop Patrick Mahomes and Travis Kelce in Kansas City?
2 hours ago

The Most Significant QB Duel Of All Time?
Tom Brady & the Bucs take on Aaron Rodgers & the Packers in what could be the greatest NFL playoff QB duel we’ve ever seen.
2 hours ago

Colin's Blazin’ 5: Championship Sunday
Colin Cowherd is back with his favorite picks against the spread ahead of the NFL's championship weekend.
3 hours ago

Will The Mahomes News Move Lines?
Patrick Mahomes is set to play Sunday. Will the odds change? And how much are elite QBs worth to the spread? Sammy P explains.
6 hours ago

Confidence Picks For Championship Weekend
Both the AFC and NFC title games are rematches, so Geoff Schwartz examines what we can learn from those first meetings.
6 hours ago
those were the latest stories
Want to see more?
View All Stories
Fox Sports™ and © 2021 Fox Media LLC and Fox Sports Interactive Media, LLC. All rights reserved. Use of this website (including any and all parts and components) constitutes your acceptance of these Terms of Use and Updated Privacy Policy. Advertising Choices. Do Not Sell my Personal Info