previous story
Tom Brady was ugly on Saturday; what does that mean for the AFC championship?
next story
Texans coach Bill O'Brien defiant amid rumors about his future in Houston

Why the Houston Texans should cut Brock Osweiler, despite the hefty cost

The Houston Texans could have beaten the New England Patriots in their AFC Divisional Round playoff matchup Saturday.

The Texans played just as well — if not better — than the host Pats in nearly every aspect of the game.

The Texans' defense, arguably the best in the NFL, made Tom Brady look mortal. The Houston defensive line laid a beating on the 39-year-old quarterback, and the Patriots handed the Texans opportunity after opportunity to claim the game.

And if Houston had a different quarterback, it might have. 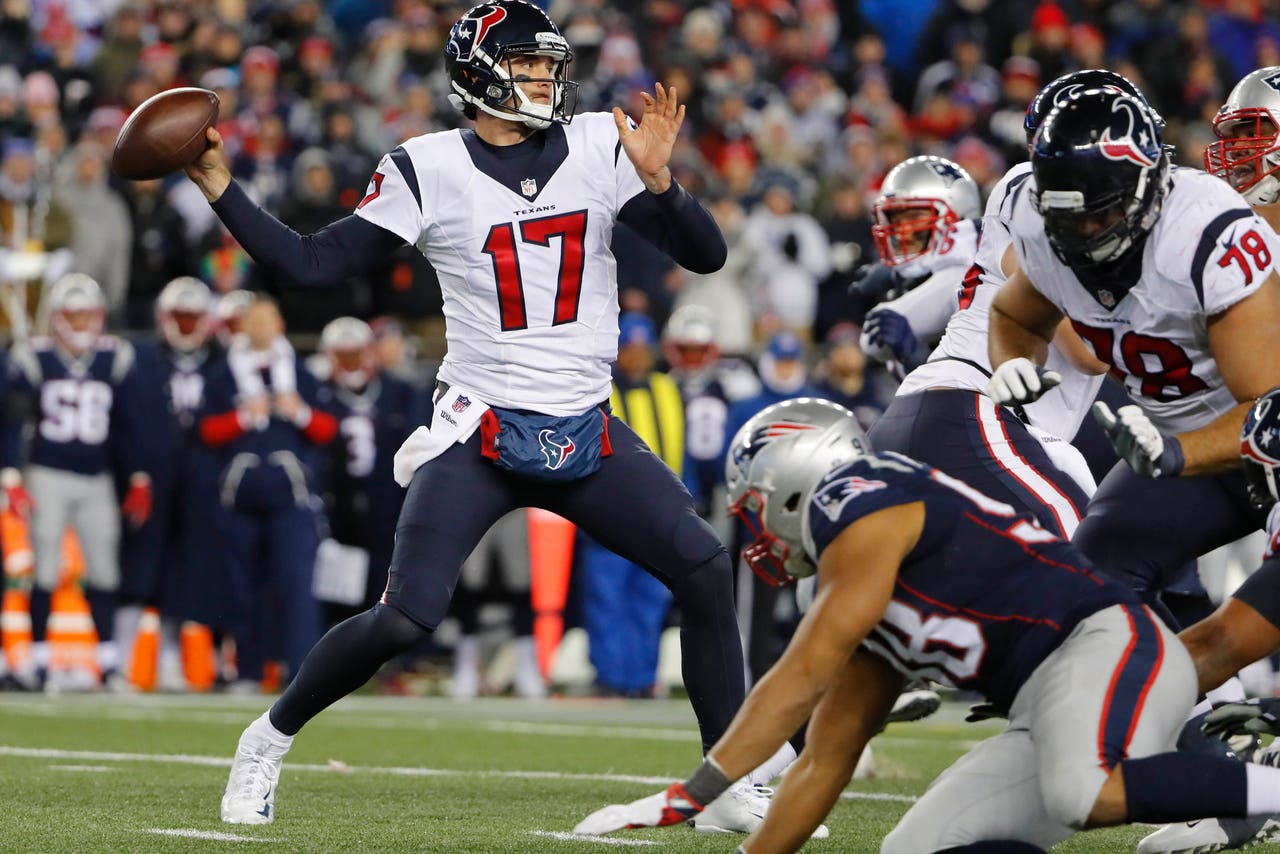 In the immediate aftermath of Houston's 34-16 loss, it's hard to put into proper perspective just how bad Texans quarterback Brock Osweiler was Saturday.

Which stat do you highlight to point out the utter futility of his performance?

Is it that he passed the ball 40 times and averaged fewer than 5 yards per attempt? [He's thrown 40-plus times for fewer than 200 yards four times this year — no player since 1950 (at least) has posted two such games in a campaign.]

Perhaps it's the fact that he didn't complete a pass longer than 20 yards.

The three interceptions, each pick somehow worse than the one that preceded it, might be a good place to go to as well.

Osweiler wasn't just of zero value to the Texans on Saturday — he was of negative value. He significantly hurt his team's chances to win a playoff game.

And that's why the Texans should cut him in the coming weeks. 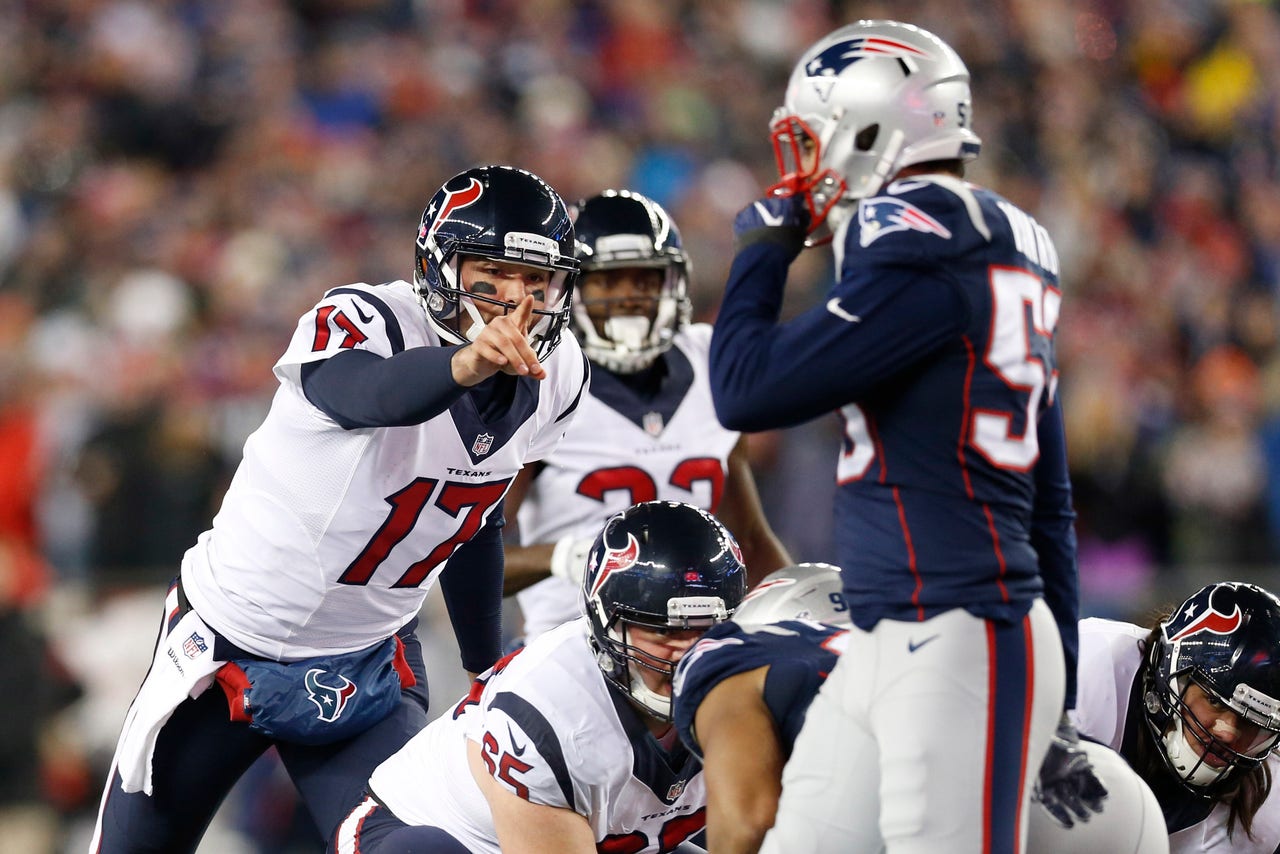 Osweiler's four-year, $72 million deal with the Texans, signed before the 2016 season started, now stands as the worst free-agent quarterback signing in the history of the NFL, and the Texans would be wise not to torpedo another year of possible Super Bowl contention (their defense is that good) with No. 17 at the helm.

The only reason why Osweiler might maintain his job in 2017 is that massive contract — the Texans are going to pay Osweiler $19 million next year no matter if he plays for them or not.

That's the minimum he'll count against the team's salary cap.

If Houston cuts him before the start of next season, the $6 million Osweiler is owed from his signing bonus in 2018 and 2019 will be added to that $19 million cap hit, bringing the total cost of Osweiler to $25 million in 2017.

The Texans should take the hit.

The Texans will have quarterback Tom Savage — who took over the Houston offense when Osweiler was flat-out benched in Week 15 and assumed the starting role in Week 16 (only to sustain a concussion in Week 17) — under contract for the next two seasons at cap hits of $675,146 and $765,146.

Seeing as how, had he not been concussed, Savage likely would have been the Texans' starting quarterback in the postseason, Houston has to feel good from an on-field and front-office perspective about Osweiler's "replacement" should the team move on from the former Bronco this offseason.

Why keep Osweiler around if he's just going to be Savage's backup, after all? His roster spot has value and he, again, provides only negative value to the Texans on the field — the team has a better chance to win with him as far away from the ball as possible, as Bill O'Brien (who deserves some similar criticism) finally discovered when he pulled the QB in Week 15. 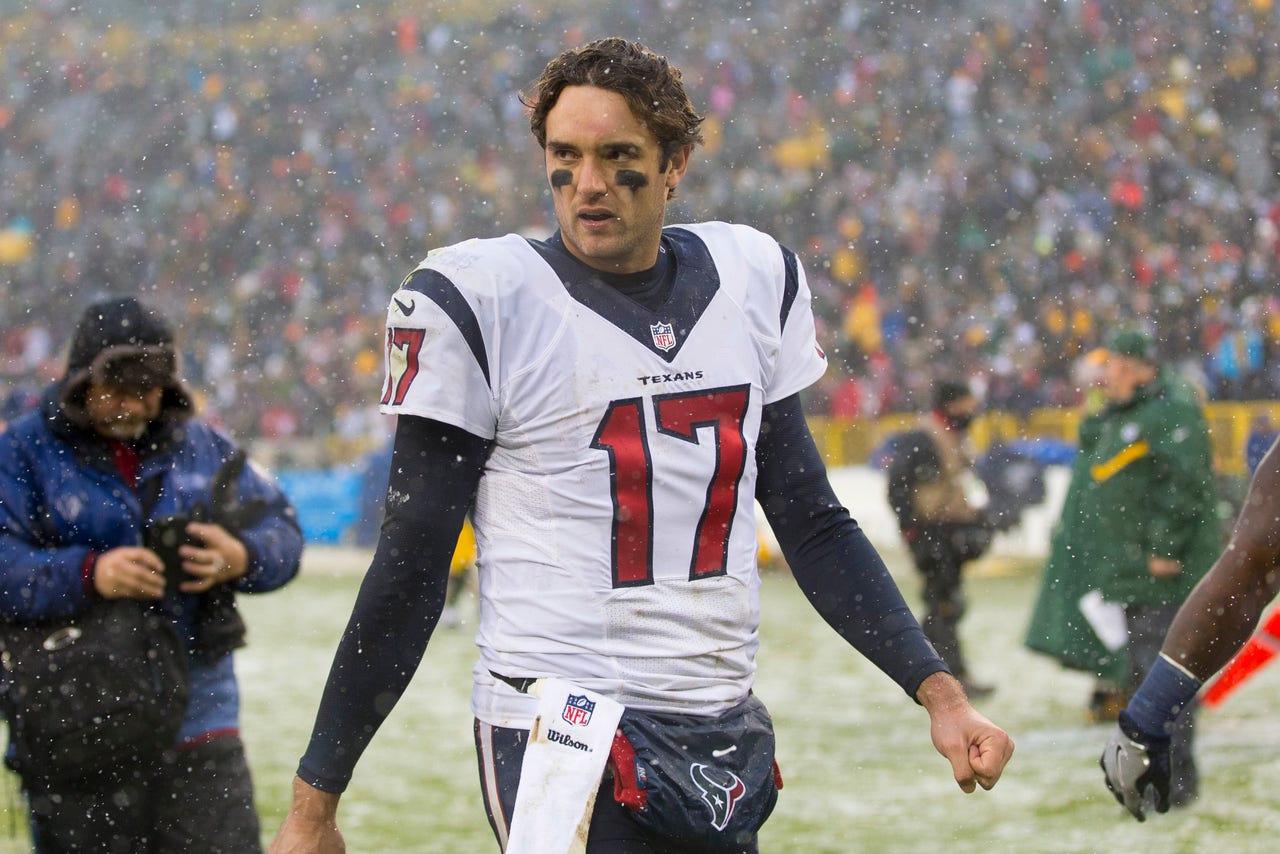 Wouldn't Osweiler's roster spot as the backup quarterback be better used on a rookie (or two) that the team believes will help it win in the future?

Why give Osweiler reps when you can give them to some kid who might be able to use them to progress and develop?

Who knows, maybe the kid, whether he be a first-round selection like DeShone Kizer or Deshaun Watson or a later-round value play like Davis Webb or Brad Kaaya, could give the Texans a slight chance to win a game next year, should he have to see action.

Even a neutral effect on the game is something that Osweiler cannot guarantee, even though his contract is guaranteed. 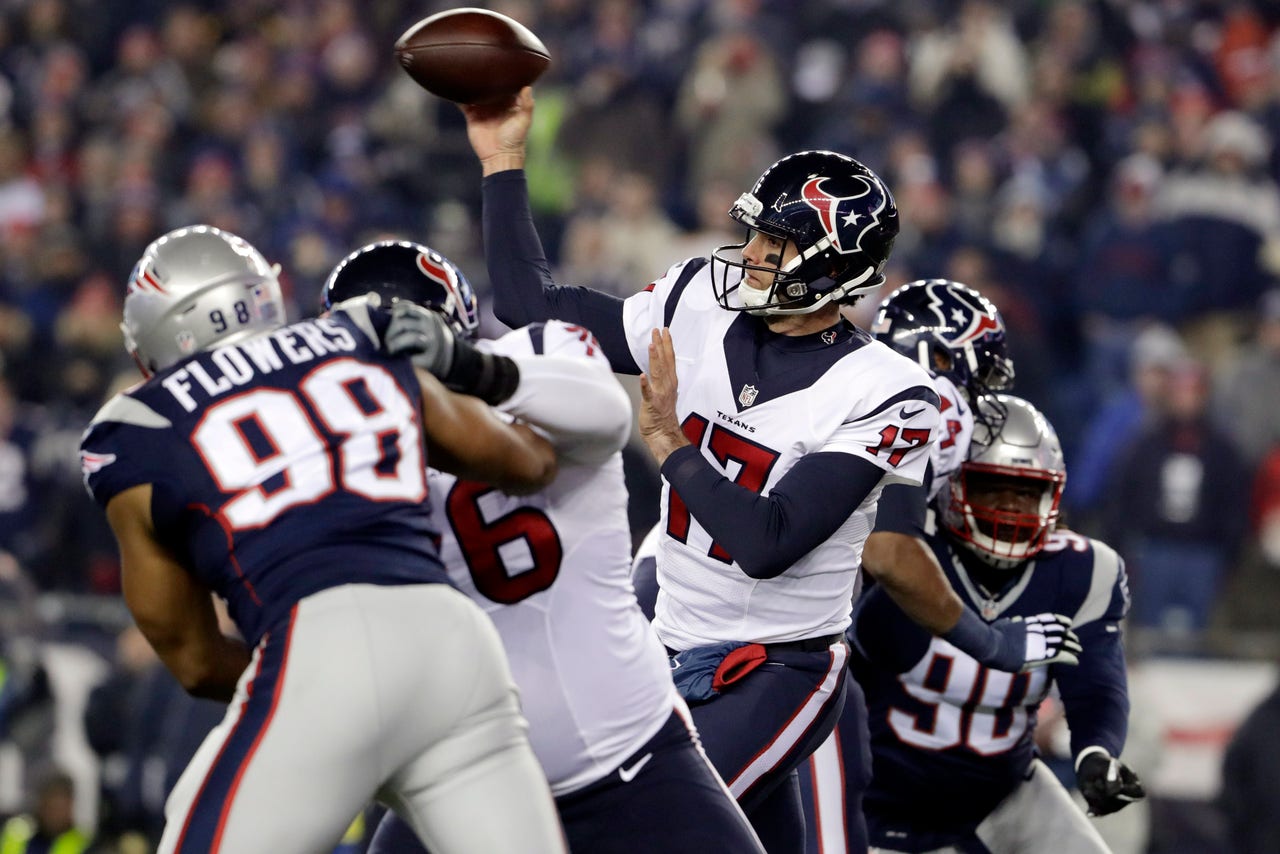 It'll cost the Texans $6 million more against the salary cap to move on from the biggest mistake in franchise history. That's $6 million to start fresh, even though they'd have to really crunch numbers for a year. They can consider it a head start on a more promising future.

Who knows, maybe another team will sign Osweiler to a deal and cut into that extra $6 million.

But the crux is that Osweiler is 26 years old and has started 21 games — he's not going to become even an average quarterback before the 2017 season starts, much less one worthy of nearly $20 million of the team's cap space.

Ignore the cost, if you can — if Osweiler doesn't help the Texans' chances to win next year or in the future, why would they even consider keeping him around?

Jettisoning Watson
Should the New York Jets mortgage their draft future to land Deshaun Watson in a trade with the Houston Texans? Some say yes.
4 days ago

A Problem in Houston
Deshaun Watson is not happy with the Texans, and reports are that a trade is not off the table. How did we get to this point?
January 17

Packers Earn Top Seed, Henry Makes History
Plus, Jonathan Taylor carries the Colts to the postseason, and the Rams stifle the Cardinals to book a playoff spot.
January 3
those were the latest stories
Want to see more?
View All Stories
Fox Sports™ and © 2021 Fox Media LLC and Fox Sports Interactive Media, LLC. All rights reserved. Use of this website (including any and all parts and components) constitutes your acceptance of these Terms of Use and Updated Privacy Policy. Advertising Choices. Do Not Sell my Personal Info