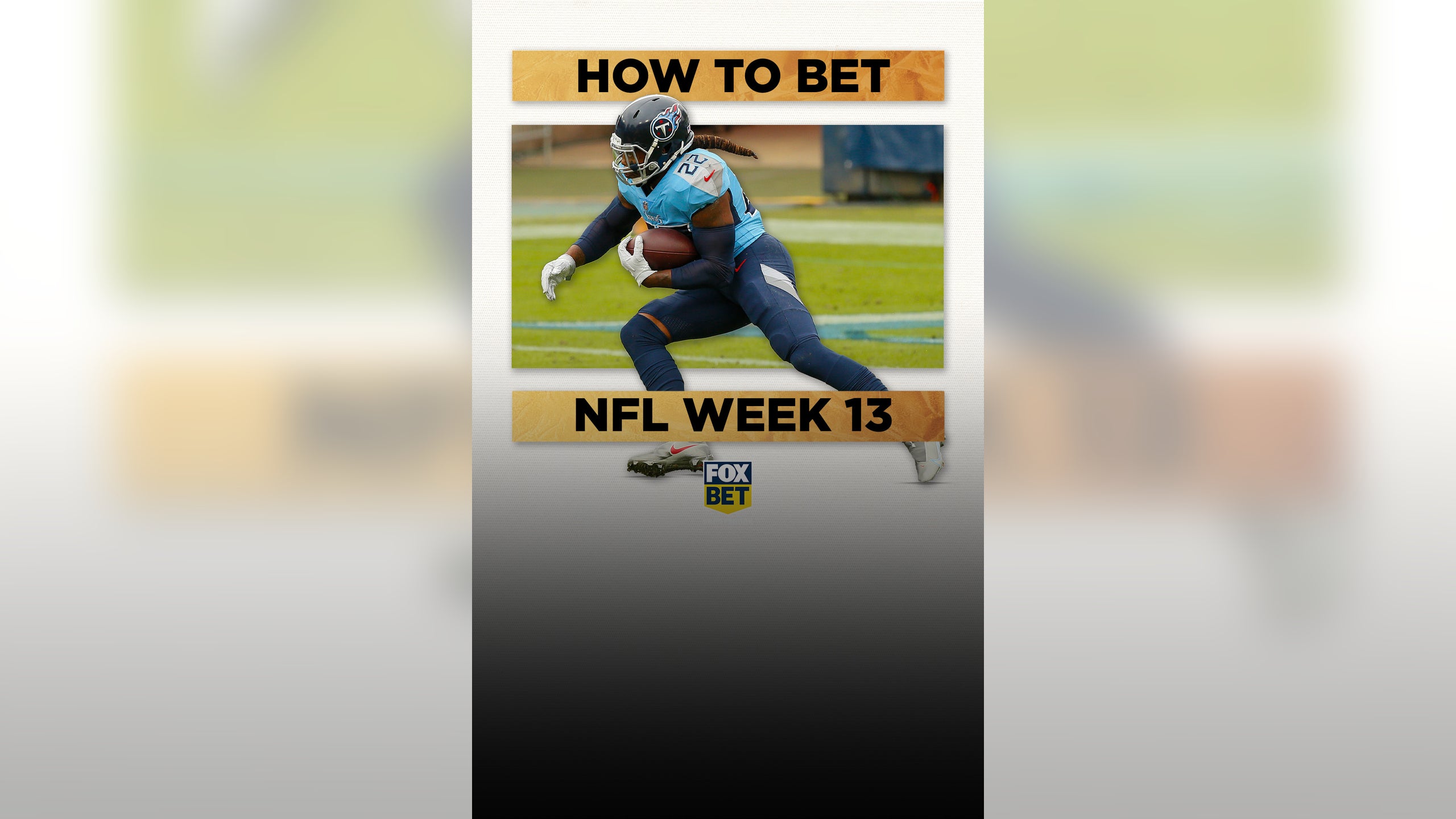 As the weather began to drift toward winter in October, I thought it might be best to try and get healthier, so I decided stay inside more.

The resolutions continued. Some friends do “Sober October.” I tried “Coffee-less October.” As a seven-day a week coffee guy – not just black coffee, either; the $5 a cup type – scaling back was difficult. I was able to go 21 out of 31 days without coffee, a tiny victory.

In NFL gambling, I was rolling along in September and October successfully dodging landmines and then – as predicted in this column a few weeks ago! – November hit me hard despite my best efforts.

Just like I was unable to go an entire month without coffee, I stumbled back into old habits: taking favorites on the road, betting on a public side when I knew better, and struggling to remove the emotion from teams I was bullish or bearish on before the season (Arizona, Philadelphia, New York Giants, Cincinnati).

On to Week 13, with with all odds via FOX Bet, as of Friday morning.

THEY'VE GOT YOUR BACK

Tennessee Titans (-6) vs. Cleveland Browns: Over 53

The line on this game has surged 1.5 points since it opened, but I don’t have a lean on the side either way. This much I know: It’s going to be high-scoring. Yes, two of the best backs in the NFL are featured – Derrick Henry and Nick Chubb – but our scoring play is against the two terrible defenses.

The Browns will get star edge rusher Myles Garrett back, but they’re going to be down two starters in the secondary. Even Baker Mayfield will have success. Don’t be swayed by his struggles against pressure (one touchdown, four interceptions, 40 percent completions), because the Titans rank 31st in pressure rate.

I loved this much more at +10, but after the Steelers laid another offensive egg on Wednesday against Baltimore, the line shifted down.

This is a sandwich spot for Pittsburgh, who just played their rivals, and now on short rest, have to face Washington, who will have had 10 days off. Next week, Steel City travels to Buffalo to find out who is the second-best team in the AFC.

It’ll be easy for Mike Tomlin to overlook another NFC East foe, after barely covering versus the Giants in the opener, needing a late TD to cover against the Eagles, and nearly losing outright against the Cowboys.

Washington rookie RB Antonio Gibson has rushed for a TD in each of the last six games, and as long as Washington doesn’t fall behind early and Alex Smith is forced to pass, expect 20-25 carries from Gibson.

Washington is second to the Steelers in sacks (36) and they have four players with at least 4.5, including rookie Chase Young.

The last time Pittsburgh beat the Ravens, they came out flat against Dallas. Another narrow win may be in order.

THE PICK WITH THE EXCEPTION

The 49ers are perhaps the most difficult team to handicap because nobody’s suffered more important injuries. Here’s how weird San Francisco’s 2020 season has been: wins over the two bad New York teams, the broken Patriots, and twice against the Rams.

Last week, with the return of Deebo Samuel, Raheem Mostert, and Richard Sherman, they beat the Rams in overtime. And now another hurdle – they have to play Week 13 and 14 home games in Arizona because of the COVID-19 situation in Northern California.

Buffalo was unimpressive in a win over the Chargers, lost receiver John Brown to injured reserve, and following this non-conference battle, has a home date with undefeated Pittsburgh.

I’m taking the Niners under one condition: Deebo Samuel plays. He missed practice Thursday, and there’s nobody to replace his production (11 catches, 133 yards). Despite having played just five games, Samuel leads the 49ers in yards after catch by a mile. They lack playmakers.

Two things jump out in this one. Miami coach Brian Flores is in the mix for Coach of the Year honors, and his defense is steadily climbing the charts (now 14th in the NFL).

This is very bad news for Bengals backup Brandon Allen, who needed two fortunate flags on the final drive last week against the Giants and two completions to top 100 yards passing and get a backdoor cover.

It’s an all-around terrible matchup for Cincinnati, but two things work in their favor. First, Tua Tagovailoa might start, and he’s a slight downgrade at this point from veteran Ryan Fitzpatrick;

Second, the Dolphins are in the thick of the playoff race, and have a massive game at home next week against the Kansas City Chiefs. Could they overlook Cincy?

THE "HOLD YOUR NOSE" PICK

This is simply buying low on Philadelphia and selling high on Green Bay. Everyone watched the Packers dismember the Bears on Sunday Night Football; then, on MNF, the Eagles laid an egg and ended with the world calling for Carson Wentz to be benched.

Yes, Philadelphia is a ghastly 4-7 against the spread this year; as an underdog, however, they’re 3-2. An injury to watch is the No. 1 rated center per Pro Football Focus, Green Bay's Corey Linsley, who is out for 3-6 weeks.

The Packers are playing musical chairs on the offensive line, and that’s suboptimal against an Eagles front four that is the strength of the team (Fletcher Cox, Malik Jackson, Derek Barnett, Brandon Graham).

Offensively, Philadelphia's plan should be simple – with Zach Ertz back, go with heavy two tight end sets, and run Miles Sanders and Boston Scott at least 35 times. Last year they ran for 176 yards, beating the Packers at Lambeau; it’s their only hope here because Carson Wentz remains a turnover machine, leading the NFL in interceptions (15) and sacks taken (46).

Minnesota Vikings -10.5 to -3 vs. Jacksonville Jaguars

With this three-teamer, you get through the key number of three in two of the plays, and land on it in the Vikings against the Jaguars.

I can’t make Kirk Cousins and the Vikings a double-digit favorite against anyone, even Mike Glennon-led Jacksonville, who covered at home against the Browns last week. Adam Thielen returns, and Dalvin Cook’s ankle appears healed, but beware, gambling on Cousins may cause heart palpitations.

I don’t trust Jon Gruden on the road – never have. He’s admitted to hating travel, and now he has to travel across the country in back-to-back weeks. On his last two trips to the East Coast, the Raiders have been outscored, 79-26. Last year they went 2-6 on the road, including a 34-3 loss to the Jets. Two years ago: 1-7 on the road.

If the Chargers are in a close game, Anthony Lynn will lose it. In his last 19 one-score games, he’s 3-16. That’s staggeringly bad, and not the consistency you want going up against the GOAT, Bill Belichick. In addition, Belichick is 19-5 against rookie QBs.

Los Angeles has much more talent on offense and defense, but the Patriots have a robust, unquantifiable edge in coaching. However, the Chargers are 10-1 when you tease them by six points this season, thanks mostly to Justin Herbert, Keenan Allen, and that explosive offense.