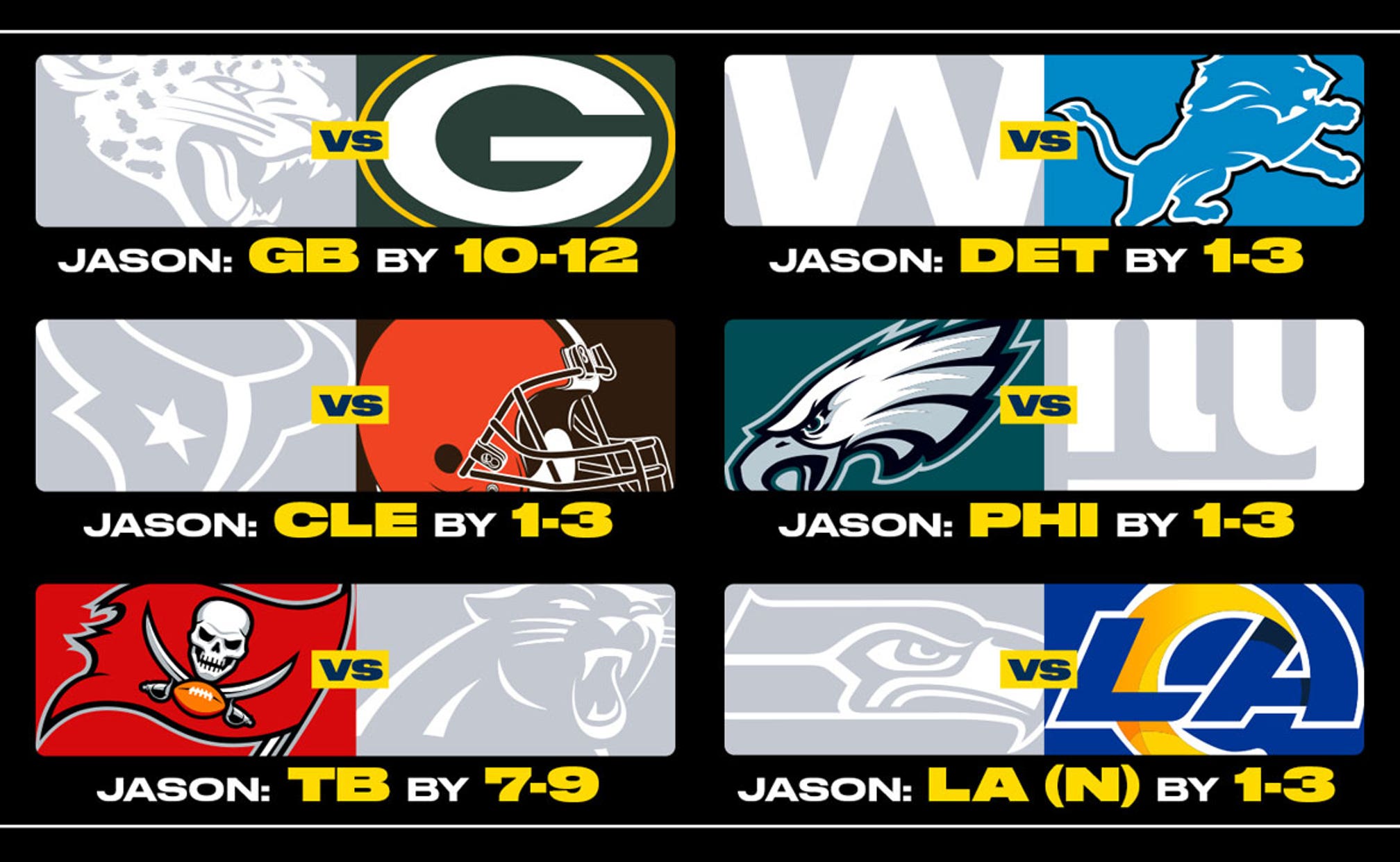 The NFL's Best QBs Can Win You $1 Million

I had been enjoying a lovely NFL season – seven winning weeks and just one losing – before running head first into a brick wall in Week 9, Gus Frerotte-style.

Is it a one-week oddity, or is something afoot? After a 9-5 surge in Week 9, underdogs are 77-54-2 against the spread, covering at the third highest rate in NFL history.

That's something to keep in mind as we move onward to Week 10, where you once again have a chance to win $1 million for free with the FOX Super 6 game. 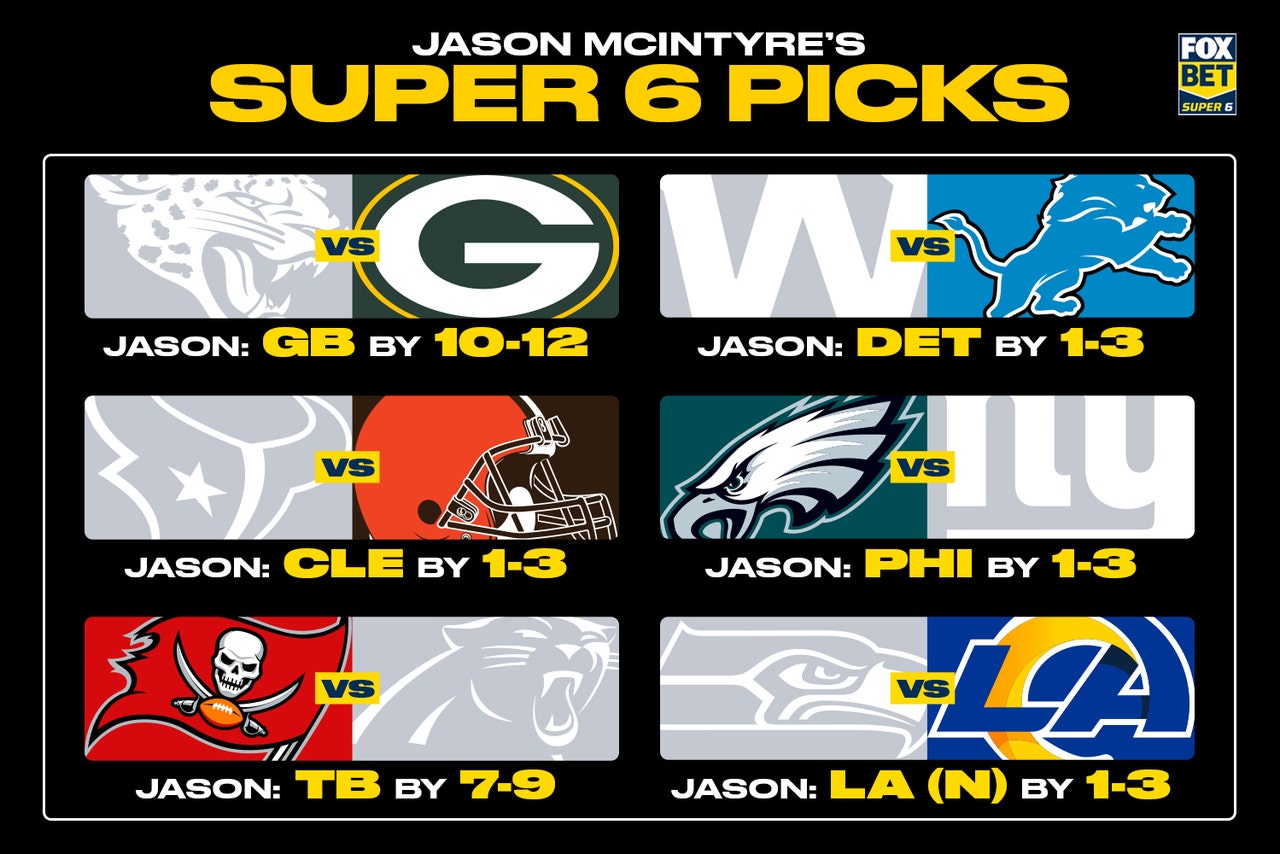 Jake Luton had a terrific NFL debut, with 304 yards passing and a touchdown vs. the Texans, and he was a 2-point conversion away from forcing overtime. There isn’t a massive drop-off from the Texans pass defense (23rd) to the Packers (22nd), so he should be able to move the ball on the road.

More good news for Luton: The Packers are 30th in pressure rate (18.1%) which could mean ample time for the rookie to operate from the pocket.

But this will be played on the frozen tundra, where the weather forecast calls for 17 mph winds, rain, and 40-degree temperatures. Packers by 10-12 points.

Matt Stafford had a difficult week away from the team on the COVID list, then played and threw two interceptions before leaving with a concussion. It’s wild Detroit is favored right now against anybody, given the Lions defense has given up six touchdowns on 36-of-53 passing to Philip Rivers and Kirk Cousins in the last two weeks.

Then again, how can you back Washington’s Alex Smith, who threw three interceptions in 2+ quarters of work in a loss to the Giants? If Stafford is healthy, Detroit should prevail. Lions by 1-3 points.

When last we saw the Browns at home, they were dealing with 25 mph winds and lost an ugly game to the Raiders. Off a bye week – and possibly with Nick Chubb returning from IR – weather is again expected to be a factor (20 mph winds, possibly rain).

The Browns couldn’t exploit a poor Raiders run defense (32nd), but will they be able to take advantage of the Texans' porous run defense (28th) if Chubb returns? The Texans are 2-0 against Jacksonville; 0-6 against everyone else. Browns by 1-3 points.

A rematch from three weeks ago, when the Eagles had to rally in the fourth quarter to win by one. This will be the healthiest the Eagles have been all season, with starting linemen Jason Peters and Lane Johnson expected back following a bye week, along with possibly RB Miles Sanders and TE Dallas Goedert.

The Eagles were slow starters last year, too – 5-7 before a 4-0 flourish to end the season and propel them into the playoffs.

Don’t be fooled by Daniel Jones. He’s 4-0 against Washington in his young career, and 1-16 vs. everyone else, as he had his first turnover-free game of the season last week in a narrow win over the Football Team. Eagles by 1-3 points.

Eerie rematch from the last time they played. The Bucs were coming off a bad loss to the Saints, and Tom Brady had just thrown two interceptions. But Tampa raced to a 21-0 lead and won by 14. Again, Tampa is coming off a beatdown at the hands of the Saints and this time, Brady threw three interceptions.

Teddy Bridgewater had four turnovers and was sacked five times in the first meeting; there’s nothing to suggest things will be different this time. On the other side, Brady had a not-yet-ready Rob Gronkowsk in the earlier meeting, Chris Godwin didn’t play, and Antonio Brown wasn’t even on the roster.

Two trends you should know: Bridgewater is a robust 15-4 ATS after an outright loss, and home underdogs in divisional games this season (sample size alert!) are 11-2 ATS. But with that said ... Buccaneers by 7-9 points.

In Sean McVay’s last five meetings with Seattle, he’s won four. The other game ended when his kicker missed a 44-yarder at the horn.

But this is a bad spot to sell Seattle low, having lost two of three. They just gave up 44 points – the most the Seahawks have ever surrendered under Carroll. Remember, nobody is as good or bad as they were last week.

The Rams have the No. 2 most efficient running attack in the NFL, but the Seahawks have a Top 10 run defense. Will McVay have Goff throw aggressively like Josh Allen last week? And if so, will Seattle unload on the cover zero blitzes against Goff, like Miami did? Rams by 1-3 points.