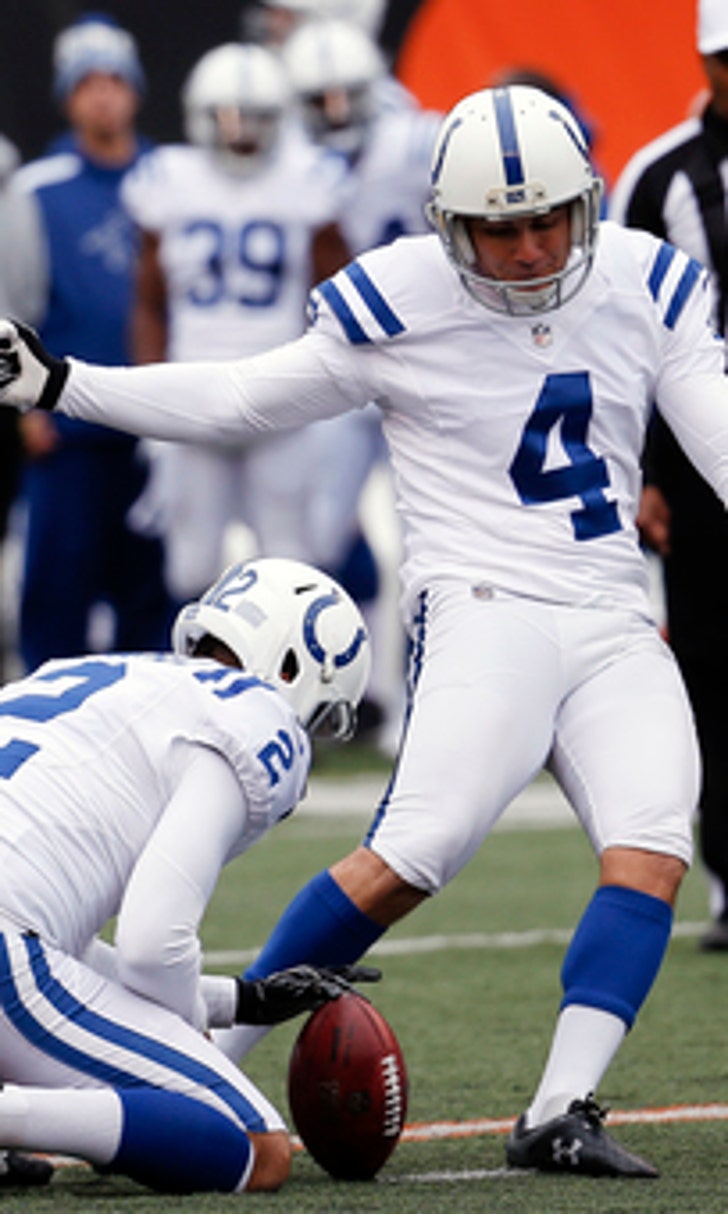 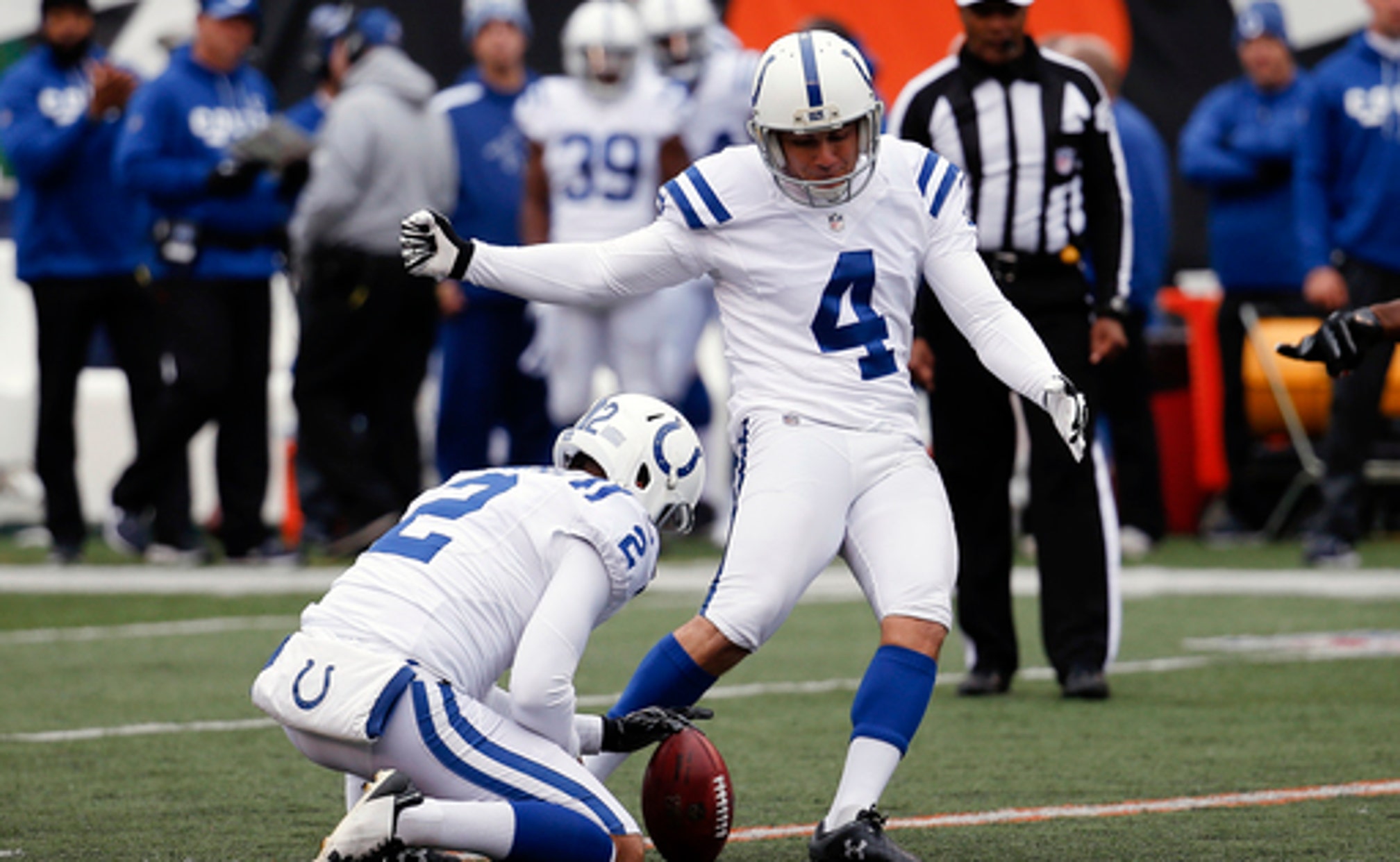 previous story
AP Interview: Shannon eager for Florida interim opportunity
next story
Vikings offense has been in sure hands with Pat Shurmur

Watson, Luck both out as Texans host Colts

HOUSTON (AP) ��� The Houston Texans and Indianapolis Colts will both start backup quarterbacks when they meet on Sunday after Deshaun Watson sustained a knee injury in practice on Thursday and is heading to injured reserve with Andrew Luck.

Watson suffered a torn anterior cruciate ligament in one of his knees and is out for the season, two people familiar with the situation told The Associated Press. The people spoke on the condition of anonymity because the team hadn't announced the injury.

His injury comes on the same day that the Colts placed Luck on injured reserve. The move wasn't that surprising considering Luck hasn't played since undergoing shoulder surgery in January. The Colts (2-6) have struggled in his absence, and have lost three straight.

On Sunday when the Texans look for their fourth straight win over the Colts, they'll do it with Tom Savage at quarterback.

Jacoby Brissett, who has appeared in each game for the Colts this season and has started the past seven after being traded from the Patriots on Sept. 2, will start for Indianapolis.

Watson's injury is a huge blow for a team which looked to have finally solved years of problems at quarterback with the emergence of the talented 22-year-old. Watson's 19 touchdown passes are tied for the league lead and are the most in NFL history through a player's first seven games.

He leads all quarterbacks this season with 21 touchdowns overall and has thrown four or more touchdown passes in three games this season to join Fran Tarkenton as the only rookies in NFL history to do so.

Now they'll have to rely on Savage, who started the season opener but was benched at halftime after managing just 62 yards passing and losing two fumbles, one of which was returned for a touchdown, in a 29-7 loss to the Jaguars.

Watson's injury is the latest setback for a team that lost three-time NFL Defensive Player of the Year J.J. Watt and linebacker Whitney Mercilus to season-ending injuries on Oct. 8.

Houston is in third place in the AFC South with a 3-4 record, behind the Tennessee Titans and Jacksonville Jaguars who are tied for the lead at 4-3.

Savage will have to perform much better than he did in the opener if the Texans hope to reach the playoffs for the third straight season.

Some things to know about the Colts and Texans.

NUMBER WATCHING: Kicker Adam Vinatieri needs one point to break a tie with Gary Anderson for second on the NFL's career scoring list (2,434 points). Receiver T.Y. Hilton needs nine catches to pass Bill Brooks (411) for No. 6 in franchise history, and Frank Gore has moved within 193 yards of Jerome Bettis for No. 6 on the NFL's career rushing chart.

But the most important number might be four. The Colts have lost three straight for the first time since 2015 and only the third time in Chuck Pagano's 5½ seasons with the Colts. They have never lost four in a row under Pagano.

HI AND BYE: The Texans welcomed veteran left tackle Duane Brown back last week after he missed the first six games holding out only to trade him to the Seahawks on Monday. Chris Clark, who missed last week with a calf injury, should return this week to start in place of Brown.

RED DAWN: One of Indy's most consistent problems has been finishing drives.

While their scoring percentage inside the 20 is 87 percent, about the middle of the league, Indy's TD percent (43.5 percent) is No. 29. Only nine teams scored fewer red zone touchdowns than the Colts (10), and six of those nine have played one fewer game than Indy.

Clearly, the Colts know that needs to change.

"Again, having some early down success down there, having some opportunities and getting some looks that you normally might not get on shorter distances down there would help."

It's unclear if either will play Sunday.

Simon, one of the Colts' best offseason acquisitions, sat out last week with a stinger he suffered in the previous game. He didn't practice Wednesday. Pagano was non-committal about his availability against Houston.

Clark returned home after his father died last Sunday, missed practice Wednesday and was expected to work out with his teammates Thursday and Friday. He was scheduled to go back home Friday night - before Saturday's team flight.

"It's unfortunate and our thoughts and prayers are with him in a trying time like this," Pagano said. "As far as the lineup, we'll practice accordingly and we'll get him back and then we'll make decisions from there."