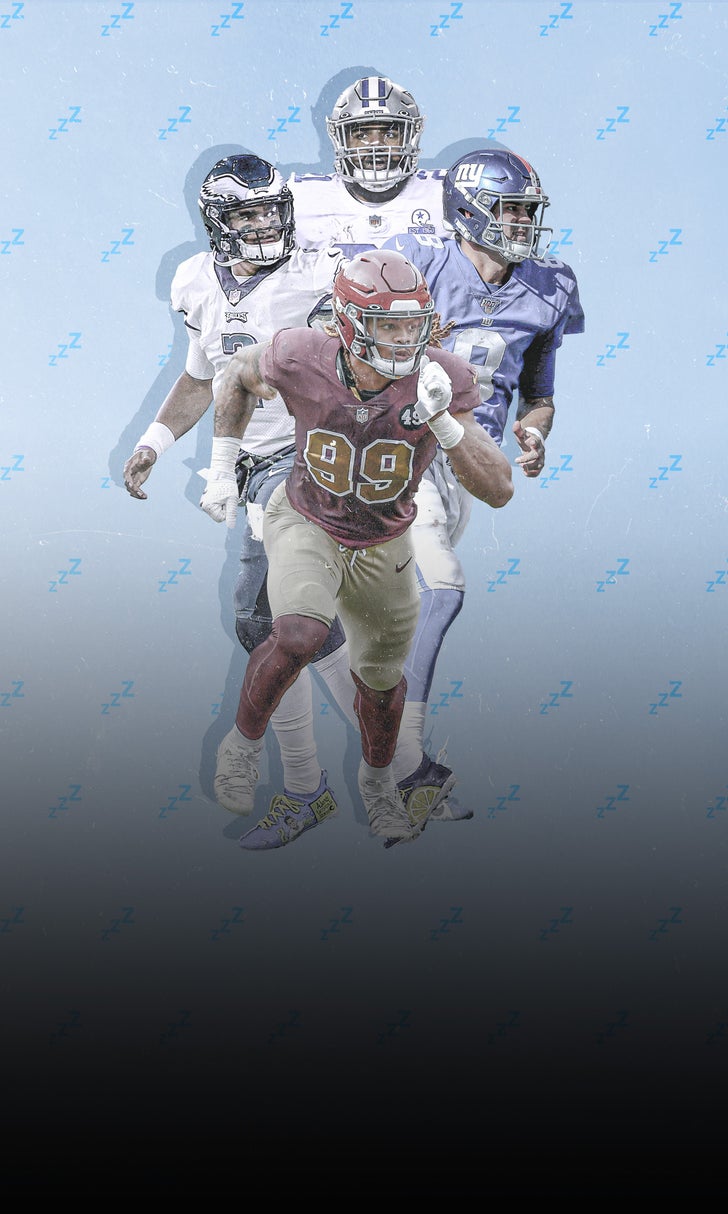 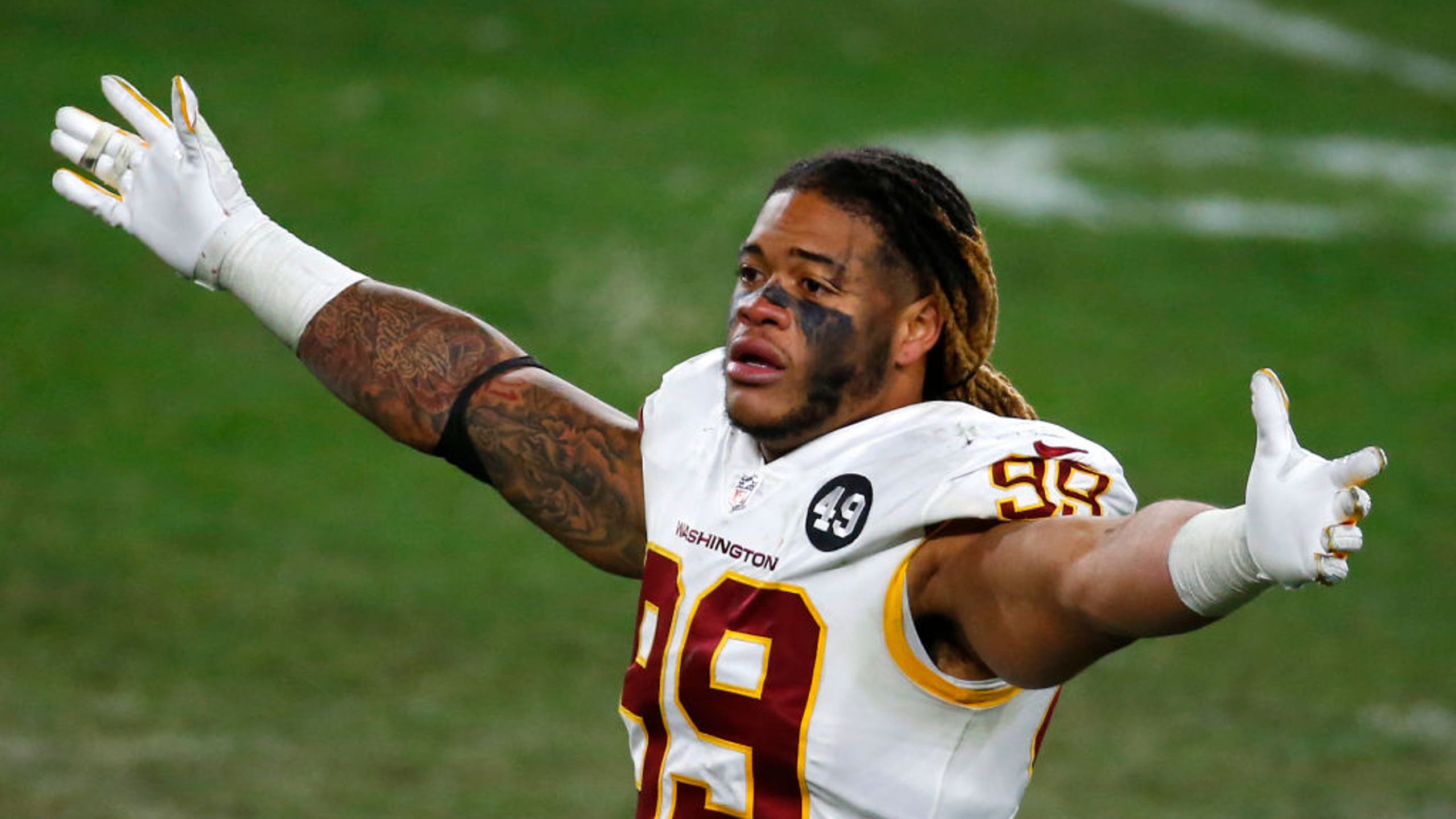 Don't Sleep On The NFC East

Last week, I wrote that the Jets and the Jaguars were both on an unstable wooden roller-coaster built in the 1930s, racing toward the bottom of the NFL for the highest draft pick.

This week, our NFL metaphor once again takes place at an amusement park, but it’s a little gentler: We’re on the NFC East merry-go-round, and we’re never getting off, baby!!

This division is a carousel of chaotic football. None of the four teams has a winning record, and the Washington Football Team is in first place at 6-7.

The Football Team is only one game ahead of the Giants and two games ahead of the Cowboys and Eagles. The question is not who can win, but who can lose less.

Still, every team has managed to surprise — the Eagles, who have been abysmal, finally snagged an impressive win by beating the Saints, a legitimately good football team. Jalen Hurts started over a benched Carson Wentz, whose four-year, $128 million contract with $70 million guaranteed will burn a hole in Philadelphia’s pocket for years to come.

Last week, the Giants — a team that now has a 5-8 record — beat the Seahawks, who are locked in a race for first place in the NFC West with the Rams, and Washington beat the then-undefeated Steelers.

The Cowboys are the only team that hasn’t really won a statement game. But quarterback Dak Prescott is out for the season and Mike McCarthy has resorted to smashing watermelons with a hammer in an attempt to fire up his team, so you can’t expect much.

The Football Team is clearly the hottest hot mess in this division. After a 2-7 start, they’ve won four games in a row, beating the San Francisco 49ers 23-15 on Sunday.

Star rookie defensive end Chase Young had a sack and then picked up a fumble for a 47-yard touchdown (his first of the season!) with 58 seconds left in the first half, putting Washington up 12-7.

In fact, the Giants are the only NFC East team that lost Sunday.

So, this is still a division up for grabs. It’s not “good” football, but it’s so compelling. Now that the Patriots’ season is shot, I care more about the NFC East race than anything else in the NFL.

Because sports are, at their core, about storylines. The NBA is often so delicious because of the off-court gossip that plays out on national television when a few guys who have beef with each other share a small space. 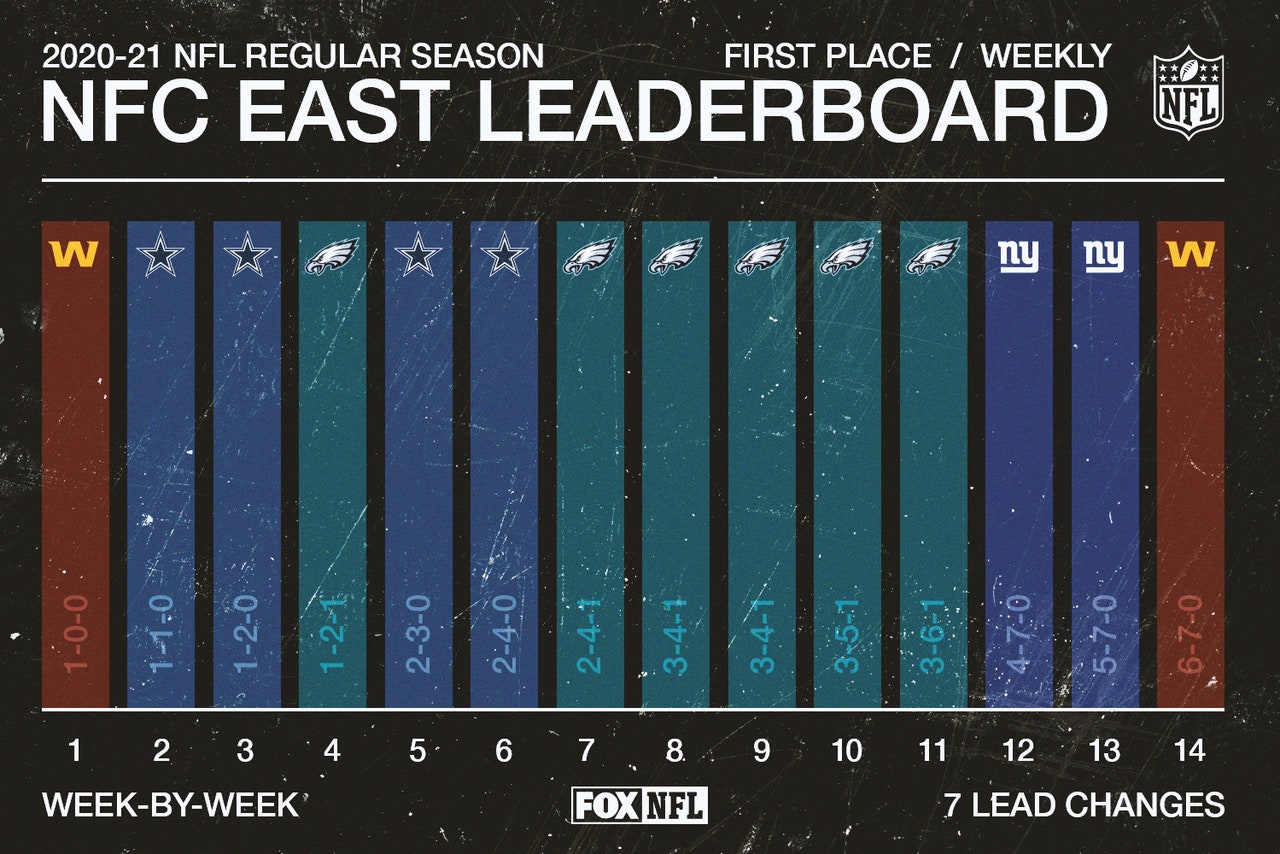 NFL viewers love redemption narratives, like when Alex Smith came back from a life-threatening injury to lead Washington to wins.

The only reason New England was relevant this season is because of the Greek tragedy playing out between the father, Bill Belichick, and the prodigal son, Tom Brady.

Sports drama has been especially compelling in a year where spontaneity was limited and even celebrities have admitted they’re bored at home. We need intrigue somewhere.

The most compelling stories have endless tension and very high stakes, and when it comes to professional football, the stakes don’t really get higher than competing for a playoff spot.

Sure, football is more beautiful and rewarding to the eyeballs when you’re watching Patrick Mahomes throw an 8,700-yard touchdown with his eyes closed.

Watching Daniel Jones get sacked and fumble the ball only to recover it 10 yards back from where he started doesn’t inspire the same sense of awe.

But it does inspire its own kind of awe.

We all know people like the 2020 the NFC East: It’s the friend you wouldn't trust to water your plants, but who can save a boring dinner party with a story about a date that started in Manhattan and ended in Atlantic City with a Bruce Springsteen impersonator.

The NFC East is consistently hung over at work, but he still manages to close a few more deals than his co-workers, who are also always hung over (hey, someone has to win employee of the month).

Last week, I wrote about that roller-coaster because I love watching the Jets and the Jaguars try to be bad enough for the No. 1 and No. 2 picks. And now I’m writing about how much I’m enjoying the chaos of a division whose teams are so bad that it’s very possible one of them will host a playoff game with a losing record.

Perhaps 2020 has made me a nihilist — if we have to watch everything crumble, at least make it entertaining.

But I don’t want to believe that’s it.

No, that’s too dark, and that’s not fair, because there’s real joy to be found in the NFC East.

Smith’s story alone inspires, and it was hard not to smile watching the Giants’ back-up quarterback Colt McCoy take down the Seahawks (unless you’re a Seattle fan, like my editor who is reading this and might decide not to publish it after that last sentence).

Hurts made history for the Eagles on Sunday when he joined Lamar Jackson as the only quarterbacks since at least 1950 to have at least 100 rushing yards in their first career start.

So, while at first glance, the NFC East looks like a bunch of bad teams competing for who will be slightly less bad — which isn’t false, and which is a little funny — you can also look at it as a bunch of players who won’t give up. They’re all technically still in it, and they’re all still trying, and there’s something really beautiful about that.

If there were ever a time to celebrate resilience, it’s now.

So let’s look at the silver linings instead of the clouds: If the Eagles somehow end up with a home playoff game and fans aren’t allowed, it means they can’t throw batteries when Philly loses.

There’s always a bright side.