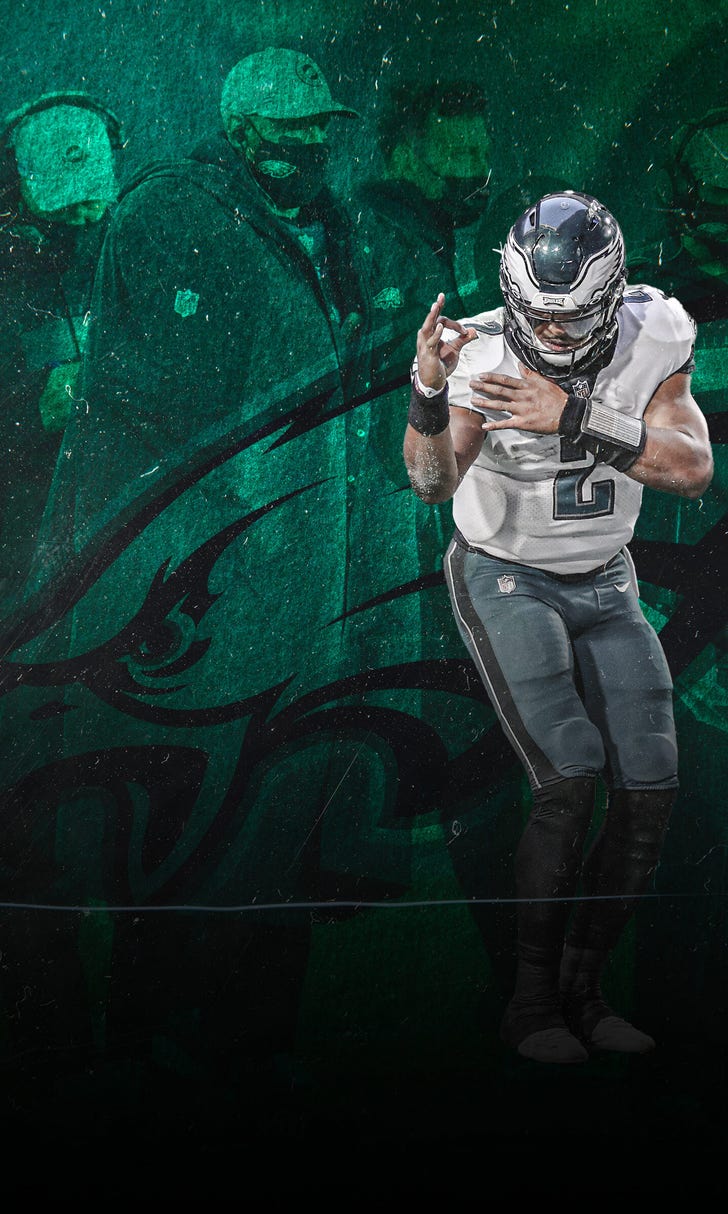 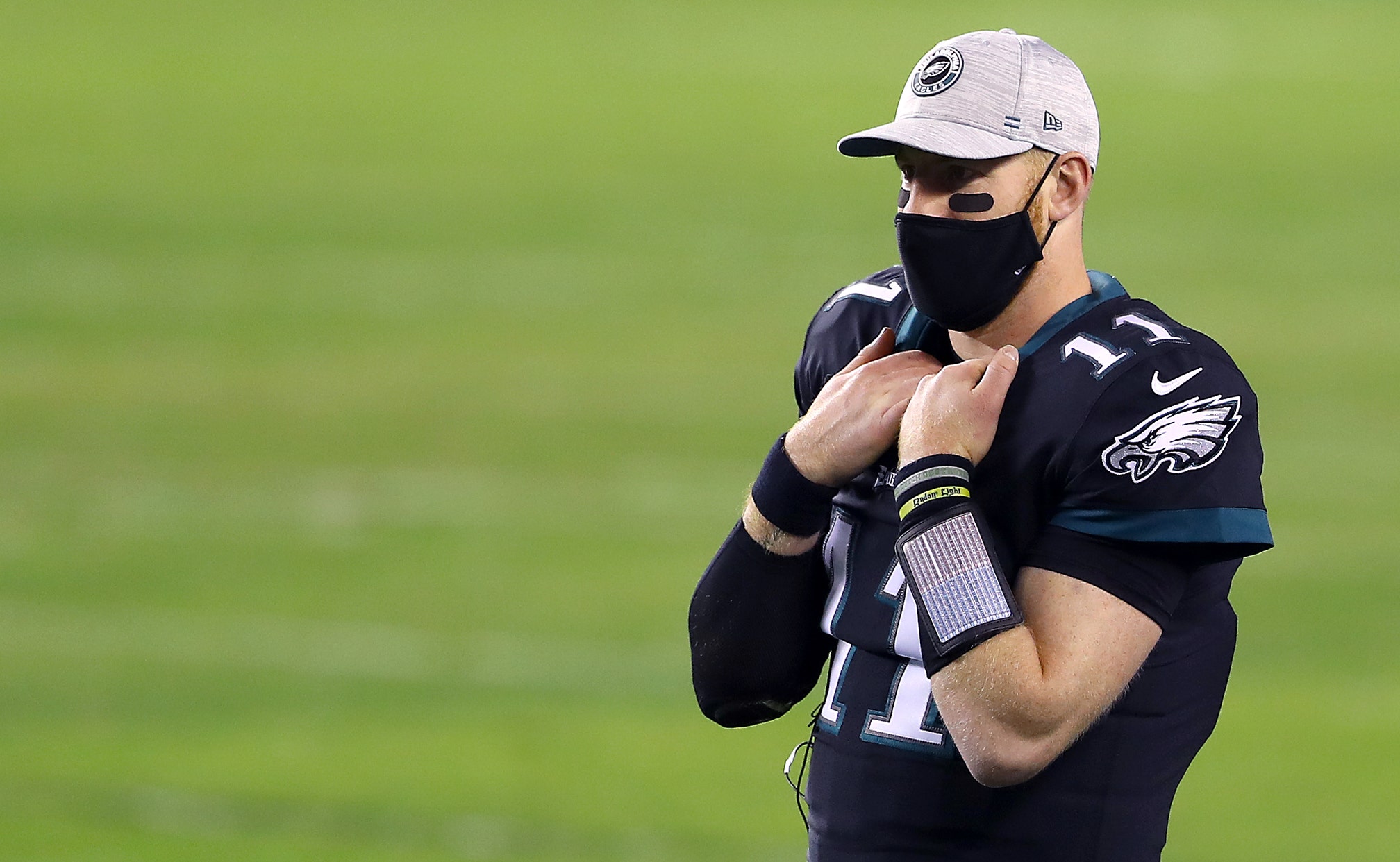 The Philadelphia Eagles lost to the Arizona Cardinals on Sunday by a touchdown.

But in the loss, the Eagles won – because Philly now has a clear answer for its quarterback moving forward.

In his second career start, Jalen Hurts was fantastic for the Eagles. He made some outstanding second-reaction and out-of-the-pocket throws. He kept drives alive with his legs and was able to complete multiple explosive plays. And more than anything, the Eagles offense looked like an offense in rhythm, something it was lacking before Hurts took over.

The Eagles drafted Hurts in the second round of the 2020 NFL Draft. It was a bit surprising considering they had signed Carson Wentz to a long-term contract before the 2019 season. However, Wentz played up and down in 2019 and finished the season with an injury in their playoff game.

The Eagles drafted Hurts for insurance, as one does when they believe their team is close enough to winning, but have to make sure the quarterback position is secured. While teams do draft QBs of the future all the time – like the Green Bay Packers also did in the 2020 draft – it’s not often a team will spend a second-round pick on a quarterback with their signal-caller having just received a new deal.

Nonetheless, the Eagles showed their continued commitment to Wentz with that extension and entered this season expecting him to start, improve, and lead the franchise to the playoffs once again.

After a lackluster first 13 weeks in 2020 – and that might be generous – the Eagles benched Wentz in favor of Hurts. They had no choice. Wentz looked completely lost and lacking all confidence. The offense was disjointed and lacked any identity with Wentz under center.

And while it’s fair to blame Wentz's struggles on the lack of explosive personnel on the offensive side of the ball, injuries on the offensive line, and questionable schemse, it’s becoming clear the Philly offense can be functional without Wentz.

There’s a disconnect between Doug Pederson – the Eagles head coach and primary play designer – and Wentz. When Nick Foles took over for Wentz at the end of the 2017 season, and in subsequent games with Hurts in the lineup, the offense has been more creative, more dynamic and more functional.

Wentz defenders will point to the lack of weapons or resources around Wentz, and while they have a point, we see franchise quarterbacks have success without those parts around them.

And now, we've learned Wentz is unhappy with his current situation. ESPN’s Adam Schefter reported early Sunday morning that Wentz does not want to be a backup, and the five-year veteran is willing to leave Philadelphia if that is the future that awaits him.

While his feelings are valid, Wentz's play on the field controls whether or not he’s starting. The Eagles showed their commitment to Wentz by signing him to a massive contract.

They want him to be the quarterback, but he’s not performing. It’s that simple.

He controls his future, and he needs to take control of his emotions.

There’s chatter Wentz lost his confidence this season because the Eagles drafted Hurts.

This is the NFL and teams can draft your replacement at any moment. That is their job, and what most players do is use it as motivation. While not the same situation, the Packers drafted Jordan Love in the first round this season to eventually replace Aaron Rodgers.

What did Rodgers do?

He has gone out and played like the MVP.

If the Eagles drafting of Hurts, while also signing you to a massive contract to show their commitment, is going to crumble your mental well-being, then I’m not sure you’re designed to serve as a franchise quarterback in the NFL.

That might be harsh, but no one is going to feel sorry for you.

It’s clear the Eagles will end the season with Hurts atop the depth chart. Whether he is starting for the Eagles in 2021 is really up to Carson Wentz.

The New York Jets won their first game of the season in Los Angeles, beating the Rams as 17-point underdogs. In the process they have potentially lost the opportunity to draft Clemson quarterback Trevor Lawrence with the first pick in the 2021 NFL Draft.

That’s clearly a gut punch for Jets fans, who have sat through this season with the hope that the payout would be a once-in-a-generation quarterback prospect.

While I empathize with Jets fans, I’m happy for the Jets players for getting a dub.

Winning is the ultimate goal each week of the NFL season. All the energy spent by the entire facility goes into winning. Winning is sometimes the only part of this job that is fun.

Winning makes everything else worth it.

Being on a losing team is gut-wrenching. It hurts deep down. I’ve been on such a team. The 2010 Panthers went 2-14 and most of those 14 weren’t even close. But, hey, we got those two wins and felt like kings for that week.

You get to celebrate in the locker room and leave the game with a smile.

For the Jets players, Sunday was glorious.

They got a win and for that, they should be proud.