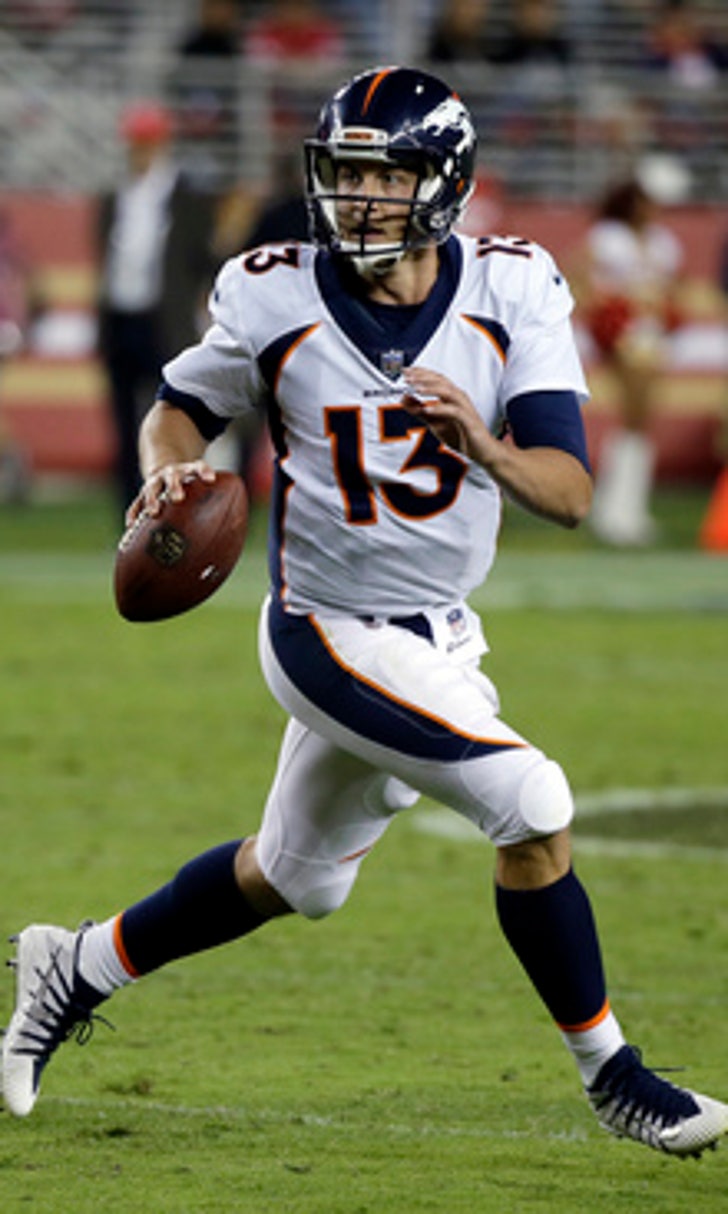 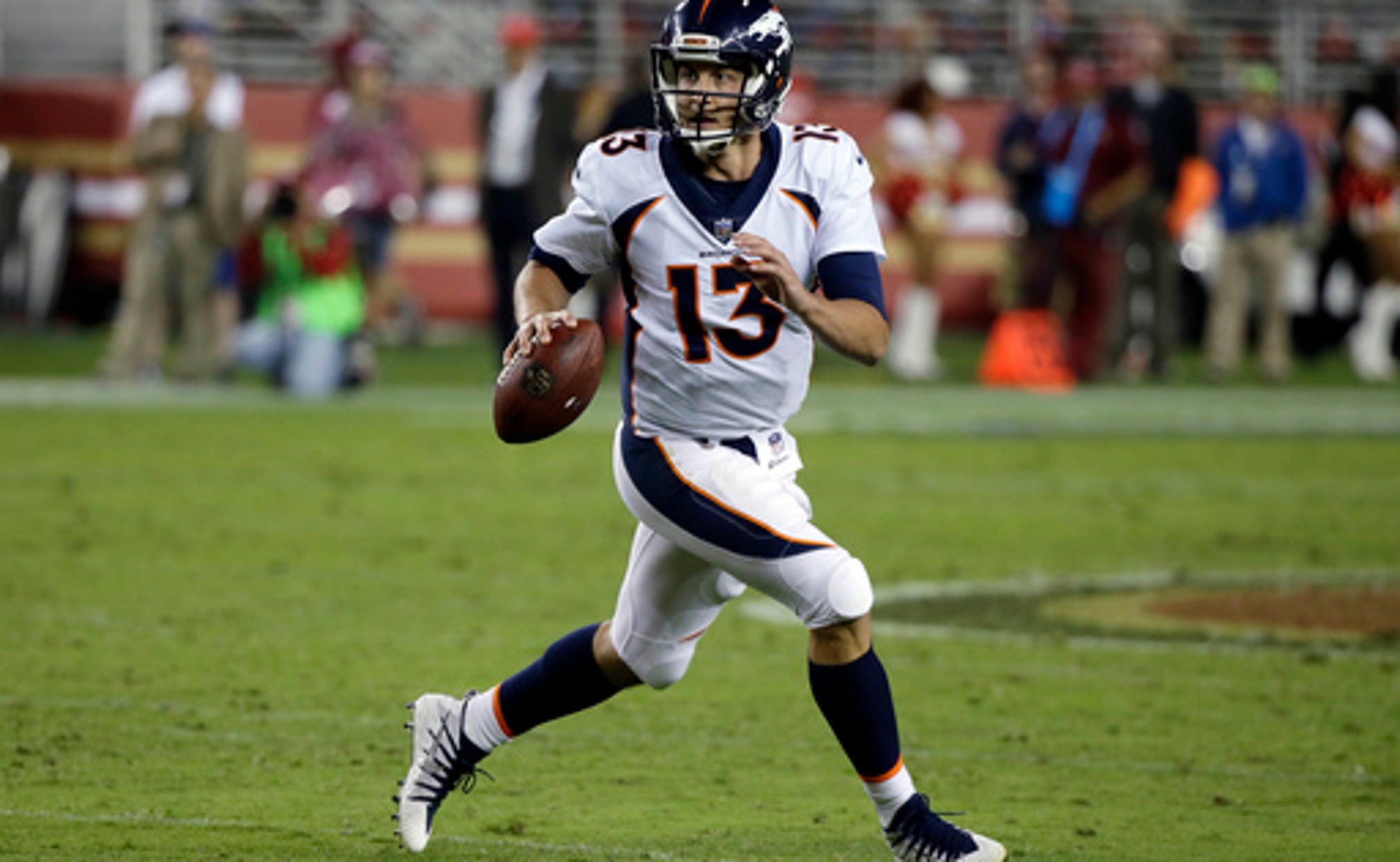 ''The energy that Peyton had, that's what Trevor has,'' Denver's superstar linebacker said.

Siemian also has Brock Osweiler as a backup.

Osweiler is getting a crash course in Mike McCoy's new offense following a whirlwind weekend in which he made a beeline for his old home after getting cut by Cleveland.

''This is Trevor's team, and I'm the backup,'' Osweiler said upon his return to Denver, where he was Manning's understudy from 2012-15.

That's a role reversal for the quarterbacks.

Siemian picked Osweiler's brain as much, if not more, than Manning's when he got to Denver as a seventh-round draft pick in 2015, then forced his way onto the 53-man roster of a Super Bowl-bound team.

Now, he's the one helping Osweiler digest the playbook.

''He's got exposure to this system, so he's done a really good job of picking things up on the fly. A little change in verbiage, but he's gotten a lot of it, for the most part,'' Siemian said. ''So, I'm helping him out when I can. And shoot, he's helping me out, too. So, it's good.''

So, no, Manning's successor isn't looking over his shoulder at the man who was, for so long, Manning's heir apparent.

''I'm excited to have him back,'' Siemian said. ''I was good friends with Brock when he was here. He's was an unreal teammate, and I speak for a lot of the guys in the locker room when I say that. So, if you've met Brock, you know how sincere he is, how helpful he is. So, we're just lucky to have him.''

Siemian was the Broncos' third quarterback in 2015 but was one snap away from starting for the seven weeks Osweiler replaced an injured Manning.

He rose to the top of the depth chart the following season when Manning retired a month after the Super Bowl and Osweiler signed with the Texans in free agency.

On the same day Miller earned his first captainship of his seven-year NFL career, Siemian's teammates named him a captain for the second straight season Wednesday.

''It's an unreal honor for me,'' Siemian said. ''It's really cool. The respect I have for the locker room, it's cool to see they have some respect for me. We're just a couple of guys that got named. But we have so many leaders in the locker room. It's just cool to be a part of.''

''That was my guy. I didn't want him to leave in the first place,'' Miller said. ''So, to have him back like that, to have his energy back, we won a lot of games with Brock. Some of the stuff that Brock did for this team was unbelievable. So, to have that energy back on the football field, back in the locker room, it kind of feels like 2015. And we did a lot of great stuff in 2015, so we're sure to have a great year this year.''

The Broncos needed a veteran backup QB after Paxton Lynch sprained his throwing shoulder against Green Bay on Aug. 26 in his first game after Siemian officially beat him out again.

The Broncos are only on the hook for $775,000 of Osweiler's salary this season with the Browns paying the other $15.25 million.

Rex Ryan, who makes his debut as an ESPN television analyst Monday night when the Broncos host the Chargers, suggested over the summer that Lynch - who's making $880,741 this season - should be named the starter so the Broncos see what they have in their first-round investment.

He's come around on Siemian, however, suggesting Wednesday that winning the quarterback competition two years running shows the former Northwestern QB has the requisite grit and his teammates' trust.

''The players believe in him and they know he's believes in himself,'' Ryan said. ''And that's what you have to have at that position. Obviously, he doesn't have the (prototype size) that you look for ... But this is a game based on production.''