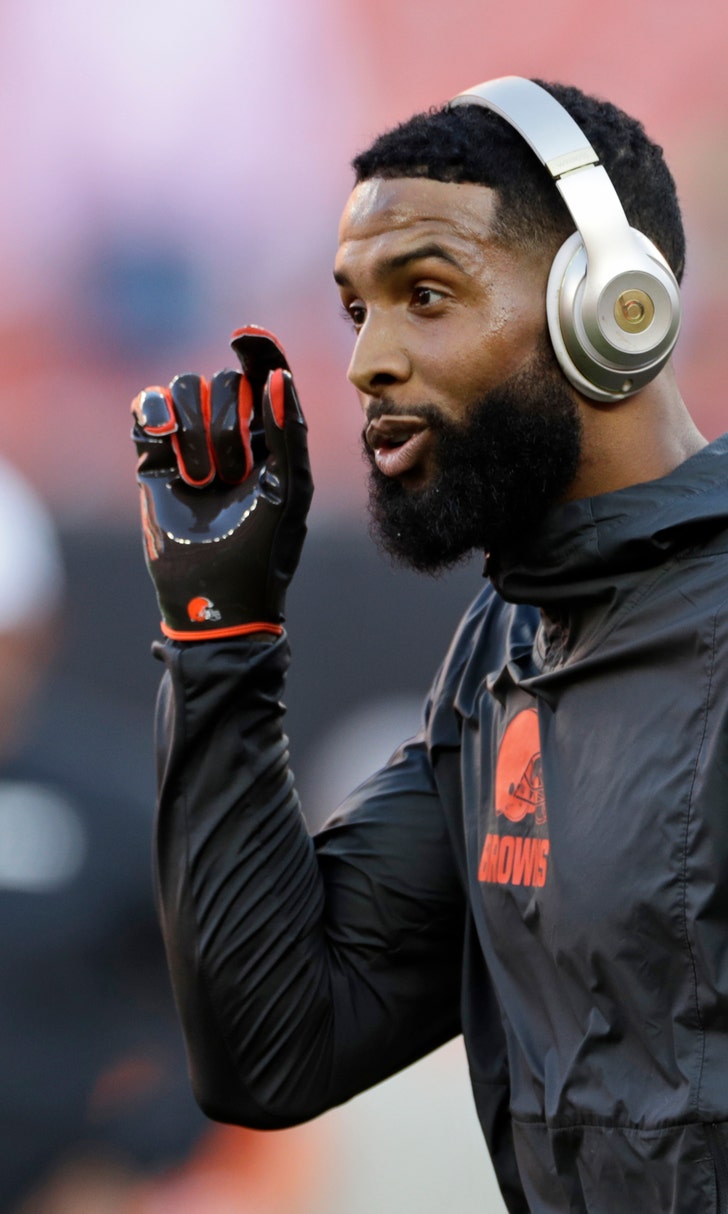 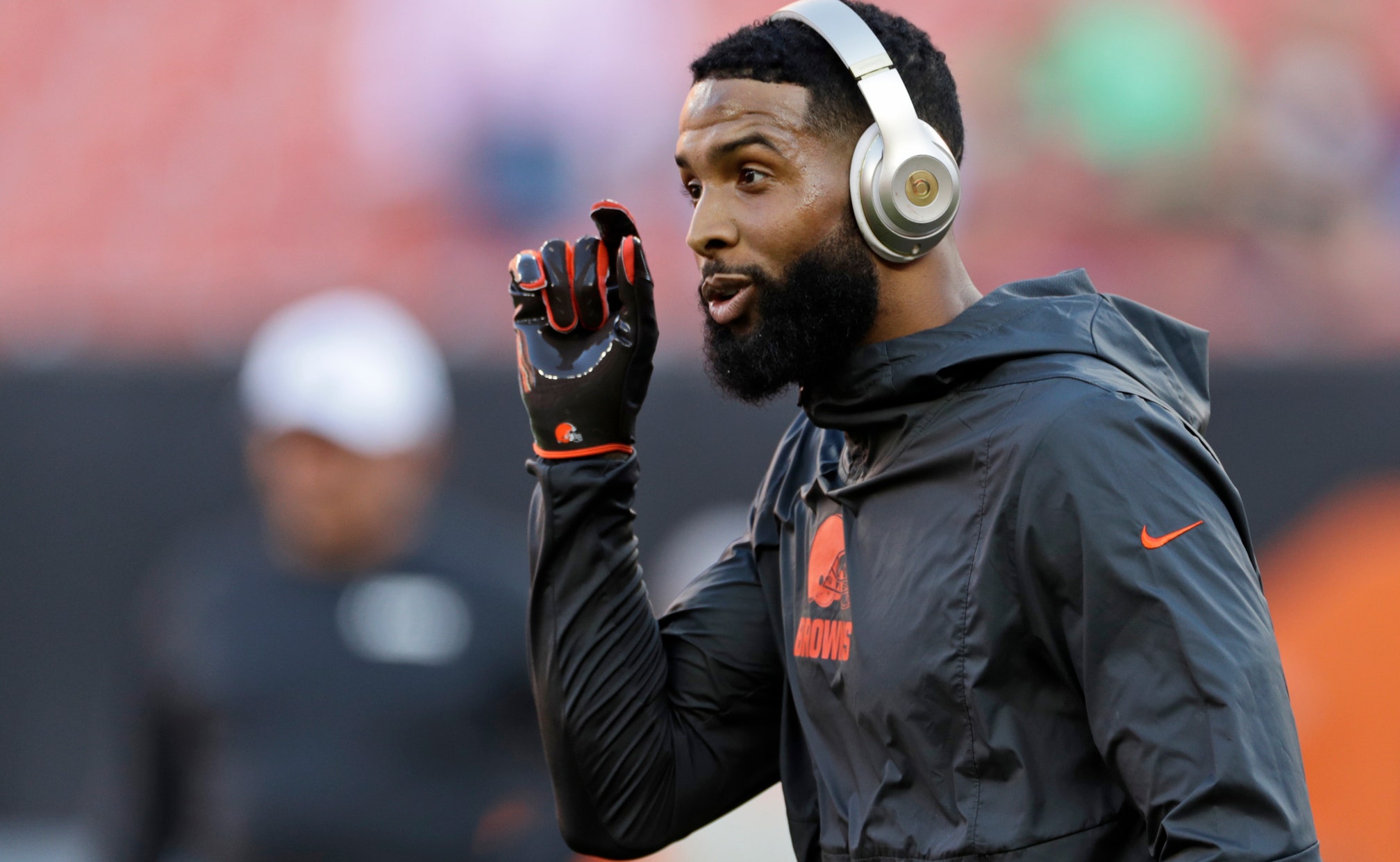 previous story
After dazzling opener, No. 24 Boise State home for Marshall
next story
New era in Cincinnati begins with test against Seahawks

His engine has some issues.

The Browns' new star wide receiver is still slowed by a hip injury that sidelined him in the preseason, but shouldn't prevent Beckham from making his highly anticipated debut for Cleveland on Sunday against Tennessee.

The three-time Pro Bowler, whose arrival from the New York Giants in a blockbuster trade in March has made the Browns a trendy Super Bowl pick, said he hasn't been able to run as fast as he can.

The Browns kept Beckham out of their four exhibition games to manage the unspecified ailment. He's still not 100 percent, but even not at his best, Beckham is better than most.

"And you know, once you get out there it's a different energy that you have. It's a different adrenaline. I feel like nothing will get in the way of that."

Beckham was added to Cleveland's injury list after not being on it Wednesday.

The 26-year-old Beckham didn't give any specifics of his injury, but likened himself to a car needing a tuneup.

"This is something I've never had to deal with," he said. "It's like an extremely fast car with like a little alignment or something off. And it's right in the center of what you need. Now, the car can still go but it's dangerous, you know what I mean? So, it's just something I've been trying to figure out, in and out of rehab every single day. Never really dealt with anything like that."

He's dealt with leg injuries in the past, playing in only 16 games the past two seasons.

"It's getting better," Beckham said. "It's as good as it's going to be until the season starts. It's something that hopefully that keeps progressing and gets better and not worse."

Browns wide receiver Jarvis Landry, who has also been dealing with an injury, is confident his close friend will still have a major impact on Sunday's game.

"Obviously he's struggling with some things, things that are minor and that he will get over," said Landry. "He's probably still running the fastest in the room right now. It's tough to tell, but he's a competitor, he's going to be ready for Sunday. At the end of the day, each and every guy's body may feel a little different here and there.

"Obviously his health is most important, but I know when the ball is lined up on Sunday he's going to be ready and he's going to give the team all he's got."

Earlier in the day, Beckham's tricked-out luxury car, which features a pop-up hood ornament of a miniaturized model of him making one of the one-handed catches that made him famous, arrived at the team's training facility.

Beckham got the vehicle shortly after joining the Browns, and the ride has numerous accessories.

"That it's mine," Beckham said smiling.

Beckham, of course, remains a headline-making celebrity in New York, where his every move — on and off the field — is dissected.

He was often criticized for being aloof and selfish and following his exit, Beckham said he thought the decision by the Giants front office to trade him was out of spite, personal and not business.

Landry, who played with Beckham at LSU, feels Beckham is relishing a fresh start with a team and city that has embraced him.

"It's humbling in the sense we have a great locker room," Landry said. "This feels like a bigger brotherhood. It's a fraternity. It allows us to get close to each other as far as just learning about each other. Sometimes you're misunderstood. People create this perception of you. You get around these guys and show who you really are. They love you for it and respect you for it. We move past it and just fight."

Landry said it's understandable if Beckham was affected by the negativity.

"I'm sure it weighs on anybody, being alienated in a sense," Landry said. "I think that weighs on any person who is misunderstood and cares in most cases. We're happy he's here. He's put everything behind him. He's put his best foot forward. We're excited to see him make plays."