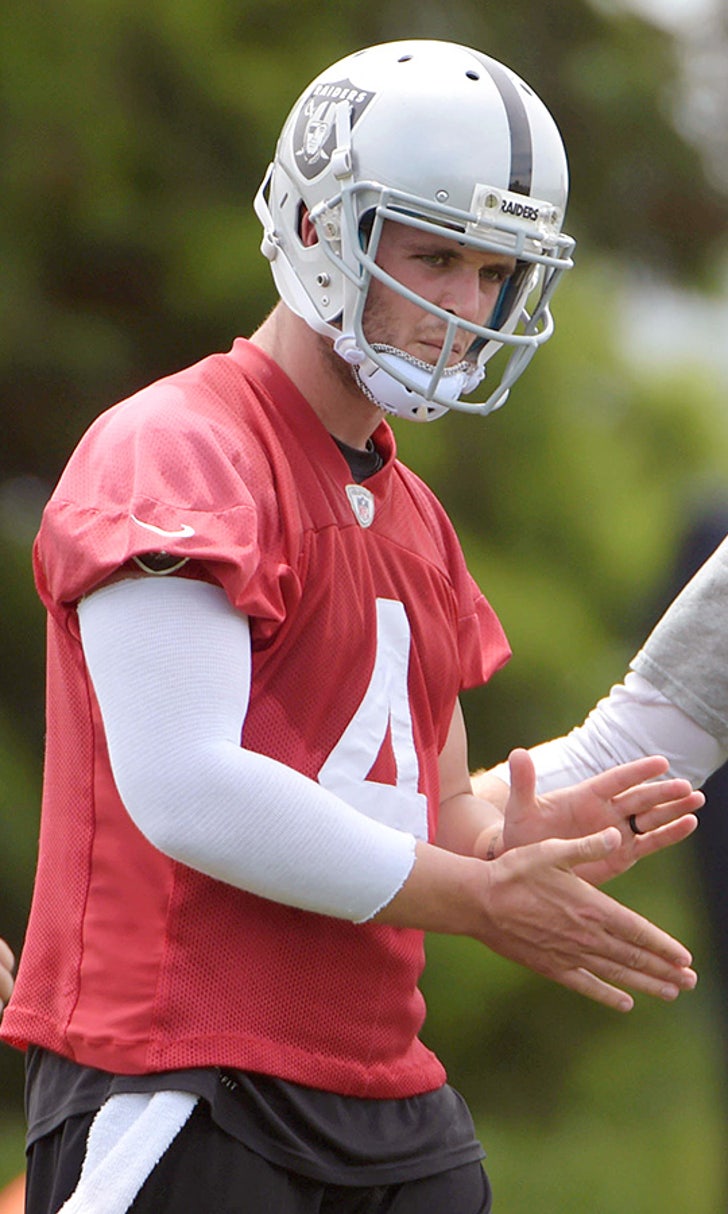 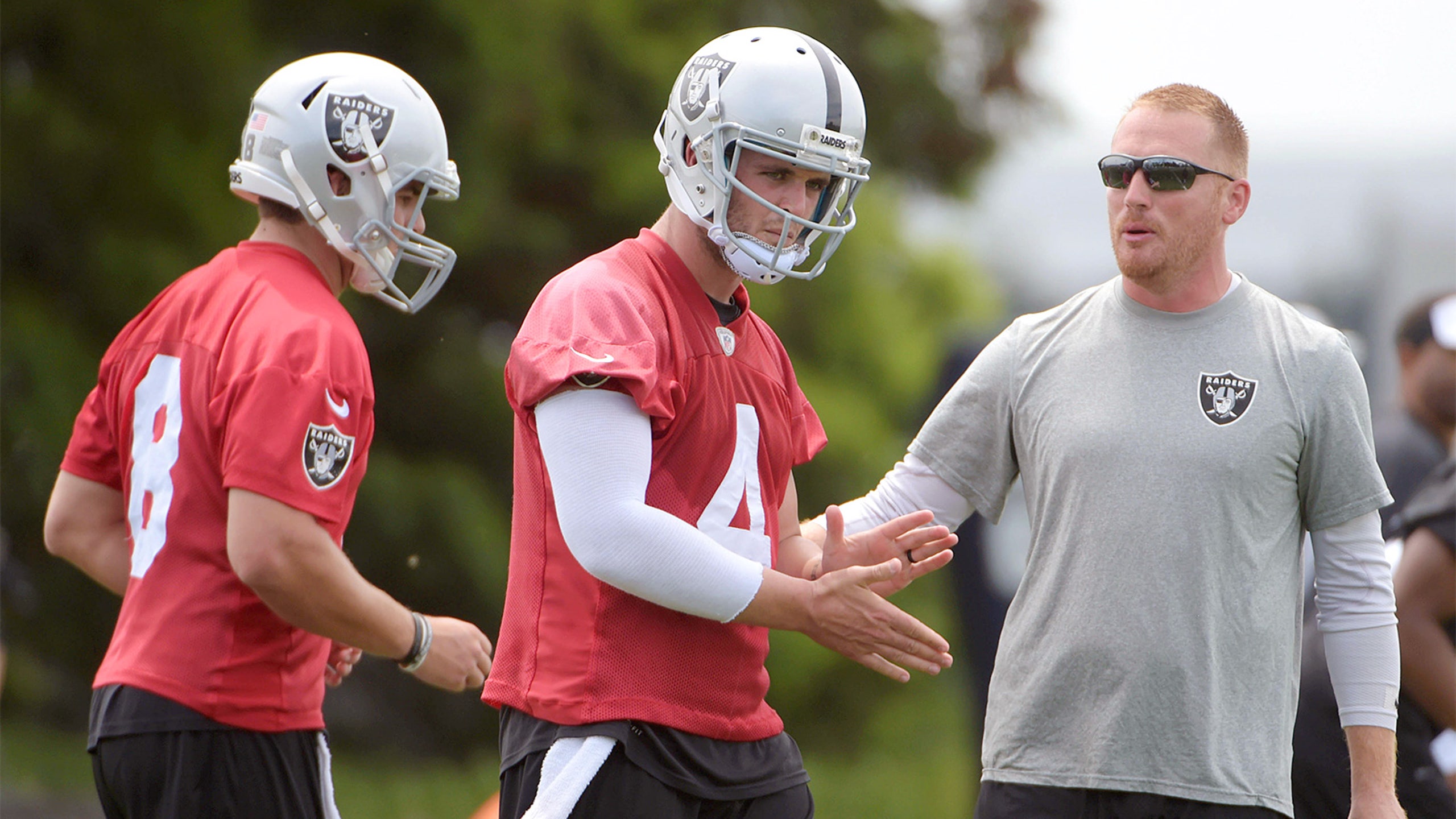 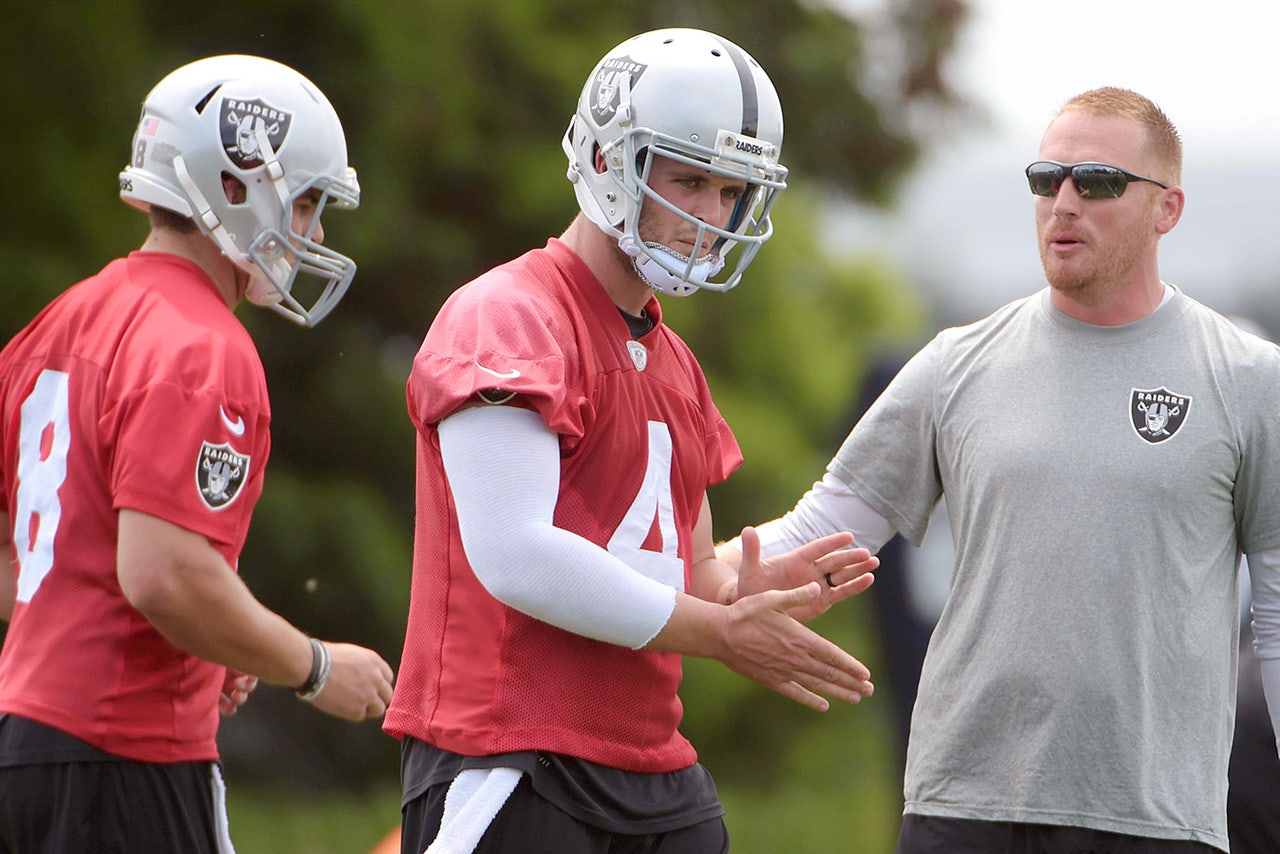 Todd Downing and Mike Tice deserve just as much credit for the Raiders' turnaround than anyone.

Downing, the quarterbacks coach, worked with Derek Carr through a breakout 2015. And Tice, the offensive line coach, groomed the line in front of Carr.

Both were named on Pro Football Focus' top positional coaches list for their 2015 efforts. Downing, 35, was named as the NFL's best quarterbacking guru.

"While people saw talent in rookie QB Derek Carr, he was still our 38th of 39 ranked quarterback in 2014. His deep and underneath game was significantly flawed, and his ability to read blitzes remained poor. That completely changed in 2015, turning into a borderline top-10 signal caller whose deep game has improved out of all recognition, with a penchant for taking on extra rushersâhis QB rating when blitzed is now 108.7. Downing deserves credit for his part in turning Carr from a borderline case to a franchise-worthy player."

Both coaches deserve their accolades. Downing coaxed Carr into a 33-touchdown season, and worked with him when he committed egregious mistakes.

Meanwhile, Tice's line gelled despite losing Menelik Watson for the season. He got by with Austin Howard at right tackle and former cast-off J'Marcus Webb at guard -- and that deserves some recongnition.