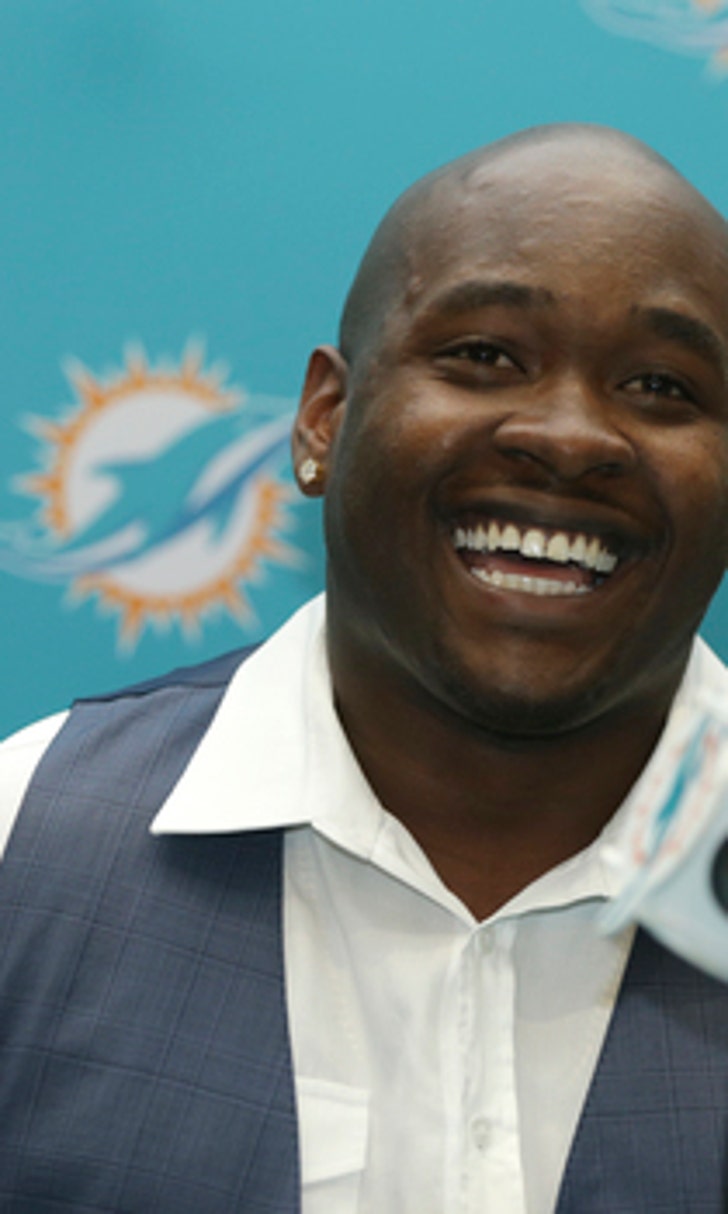 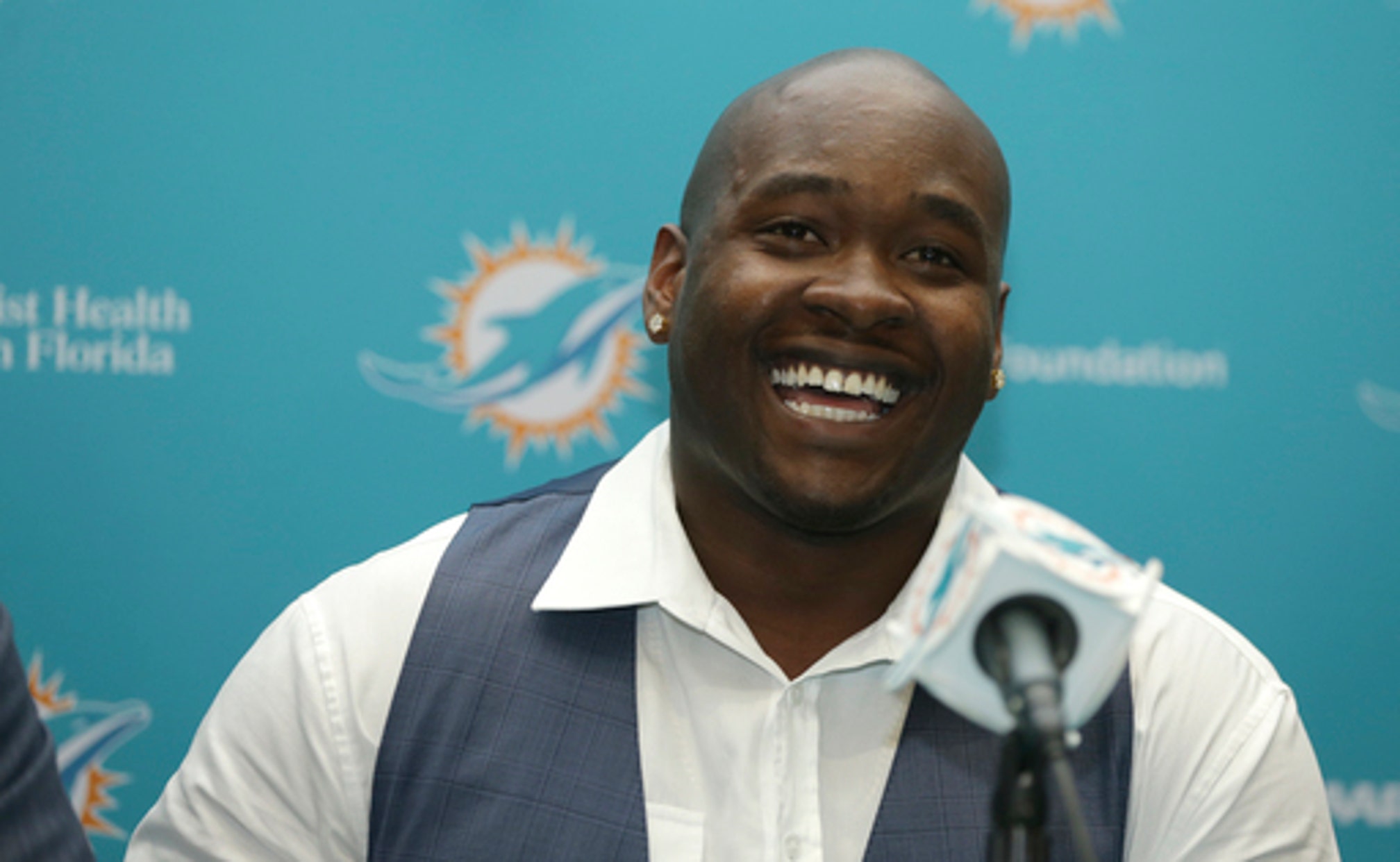 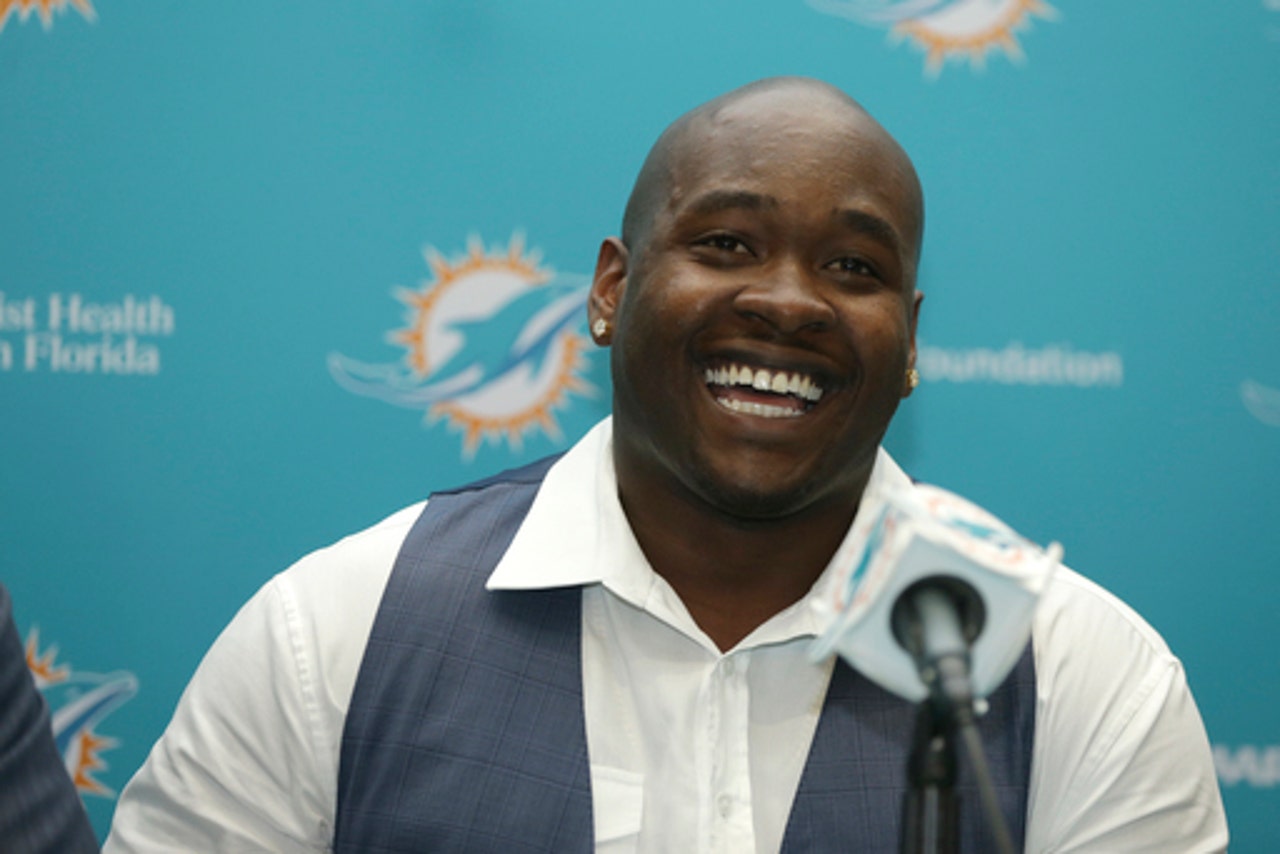 DAVIE, Fla. (AP) Laremy Tunsil and the Miami Dolphins were quick to agree on his value in the wake of his NFL draft freefall.

The offensive lineman from Ole Miss signed a $12.45 million, four-year contract before joining the Dolphins' rookie minicamp that began Friday.

Touted at one time as a potential No. 1 overall choice, Tunsil was taken 13th last week after a video was posted on his Twitter account shortly before the NFL draft showing him smoking from a gas mask connected to a bong.

Another post on his Instagram showed an alleged text exchange with an Ole Miss football staff member that included Tunsil's request for money. The school is investigating.

The Dolphins conducted months of research into Tunsil and said they're comfortable about his character. Tackle wasn't a priority for Miami, and Tunsil is expected to be tried at guard.

Choose Wisely
You can't go wrong with Lamar Jackson or Josh Allen. But if you could pick only one, which would you take?
4 hours ago

Best Matchup? What is ... Rams @ Packers
Aaron Rodgers and the Packers’ high-scoring offense get set to take on Aaron Donald and the Rams’ suffocating defense.
20 hours ago

Jaguars Name Urban Meyer Head Coach
Urban Meyer is returning to the sidelines as head coach of the Jacksonville Jaguars, the team announced Thursday.
21 hours ago

Urban Renewal
Urban Meyer faces a big challenge as he moves to the NFL and tries to take the Jaguars "above the line," writes RJ Young.
21 hours ago
those were the latest stories
Want to see more?
View All Stories
Fox Sports™ and © 2021 Fox Media LLC and Fox Sports Interactive Media, LLC. All rights reserved. Use of this website (including any and all parts and components) constitutes your acceptance of these Terms of Use and Updated Privacy Policy. Advertising Choices. Do Not Sell my Personal Info