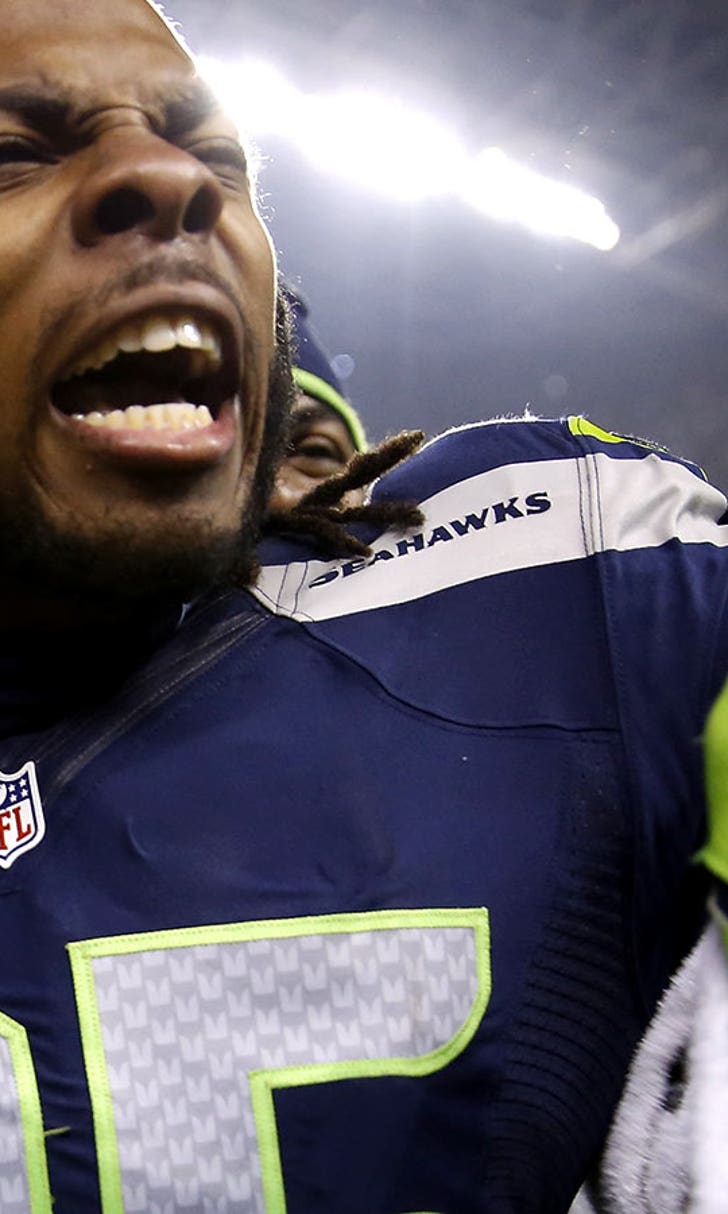 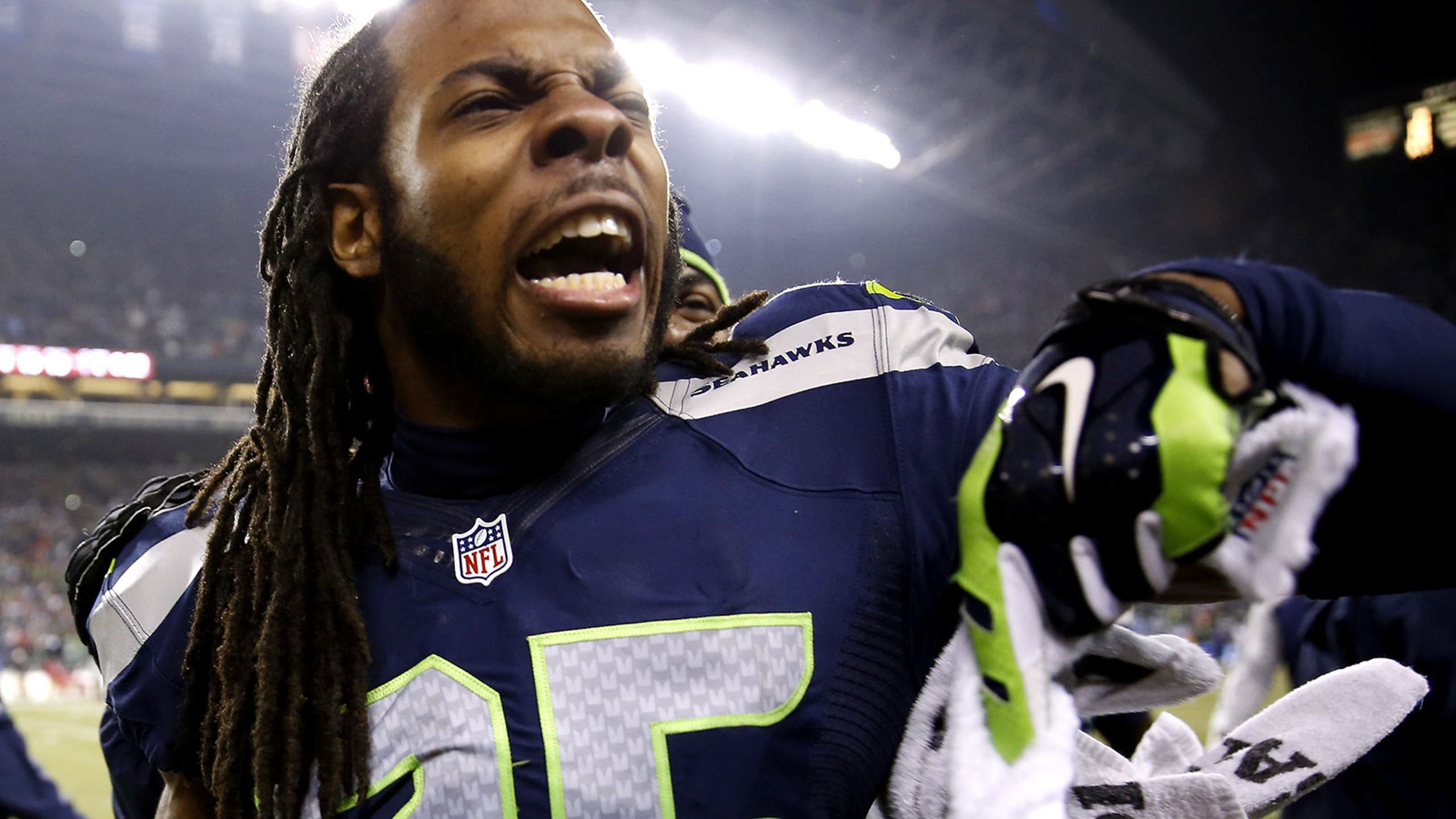 Travis: Can we please stop talking about 'class' in sports? 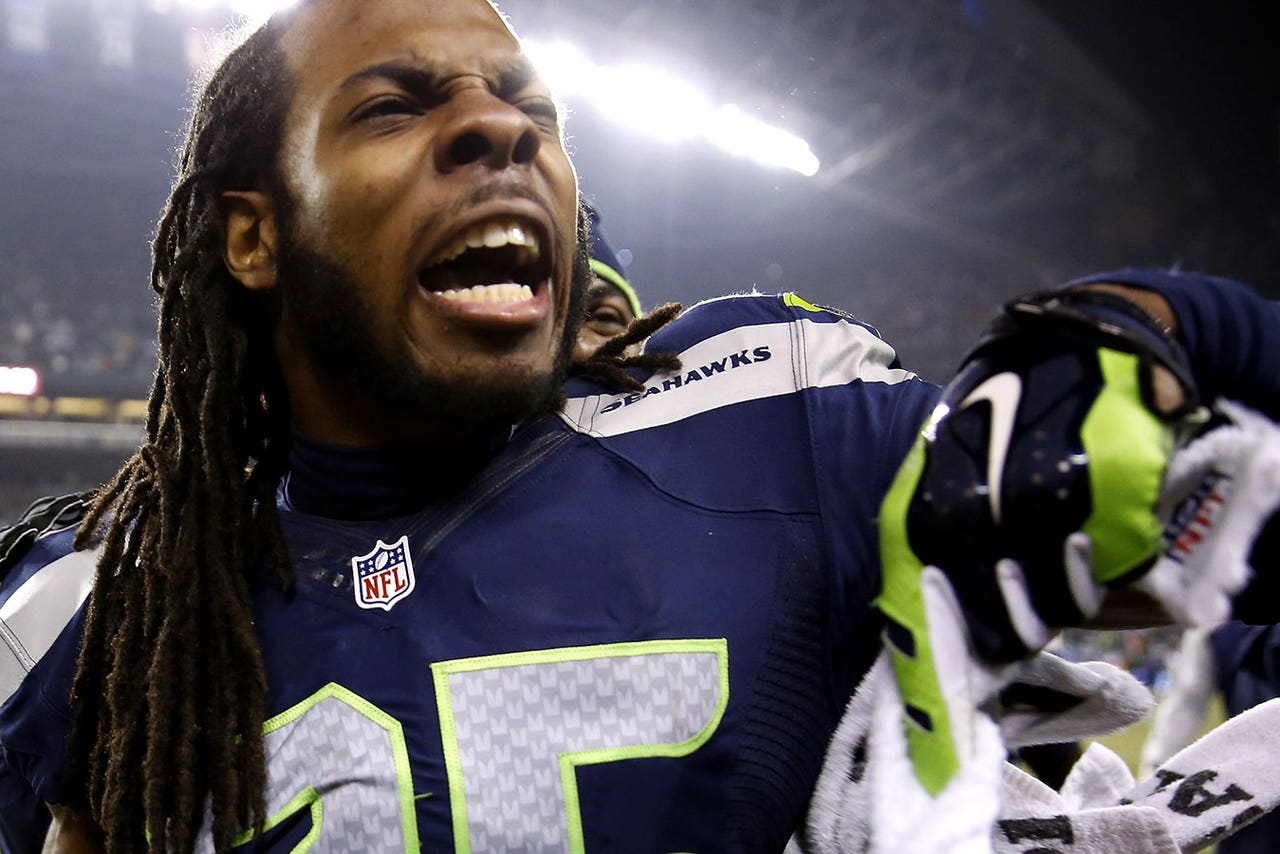 If you ever doubted whether America, regardless of our many backgrounds, is still a British colony -- the past is never past, after all -- our obsession with sporting decorum erases any confusion.

We're consumed with sporting class: who has it, who doesn't have it, the right way to win and the wrong way to win.

The latest "classless" wonder is Richard Sherman, a Stanford-educated cornerback who decided to use his postgame interview on FOX as an audition for the WWE. Sherman was brash, opinionated, angry, spiteful and full of histrionic aggression.

In other words, he was an entertainer.

Who, mercifully, did not suggest that Jesus was behind his accomplishments -- a sentiment that, if shared, would have stamped him as "classy." In order to be classy, you have to be humble, genuflect at the altar of the meek. Essentially, you have to be the exact opposite of what's actually required to succeed at your chosen profession.

We want athletes, entertainers and anyone else in the public eye to be "real," but what we really mean is we want them to all act the exact same.

We want them to utter the same banal cliches, put on a false face for television, talk as, simultaneously, everyone and no one actually does in real life. You ever wonder why 99 percent of athlete interviews sound the exact same? It's because everyone is acting, playing the role that countless athletes before them have played in their postgame interviews.

It's been so long since someone was actually honest that none of us even knows what that looks like.

And if you don't act that way -- a patently false way that no one truly resembles in actual life -- then you're classless.

Personally, I wish Sherman had said with a straight face, "God really hates the 49ers. I can't believe He picked us over them, but I'm glad He did."

That's what I would say if I were interviewed in the postgame scrum.

"I'm really excited to be going to the Super Bowl, I just wish God didn't hate (insert the team we just beat) so bad."

Then, I'd smile, wink and go celebrate.

I'd revel in the uproar, delight in the anger. Mostly, though, I'd just enjoy flipping the cliche on its head, doing something different.

The reaction to Sherman's interview, which you can watch here, was instantaneous on Twitter.

Some loved it, some hated it, but millions took to social media to use it as the latest reflection of modern-American class.

How could a football player behave this way?

After all, football players -- grown men who make a handsome living trying to knock each other senseless for 60 minutes -- should know better than to comport themselves in such a manner.

Oh, won't someone please think of their monocles and canes!

Who will protect our children!?

According to many, Sherman was -- wait for it -- "classless." Or, if you aren't smart enough to spell "classless," as many of Sherman's critics were not, then he was "not classy."

If you're ever bored one day, do a Twitter search for the terms "classy," "classless" or "not classy." Plug in any famous person in America and the words "classy," "classless" or "not classy," and you'll be stunned by how much reaction there is. Want to know why every celebrity in American life has the depth of a cardboard cutout? Focusing on how classy they are based on a two-minute interaction is a good place to start. Want to know why we're constantly surprised when these celebrities reveal themselves to be different from how they seemed in their "classy" interviews?

Every few seconds a new list of comments pops up, discussing what is or is not classy. This happens all day, every day, throughout the end of times. If nuclear war happened tomorrow and most of us were eliminated from the face of the Earth, when the American survivalists climbed out from their bunkers, the first thing they'd say would be, "That was not a classy way to have a nuclear war."

If the rapture actually happened, those left behind would survey their surroundings and take to Twitter: "I thought God was classier than this. To just snatch people up in the middle of the day? Not classy. #godsnotclassy"

Being classy is a national fixation in all walks of life; sports just reflects this obsession.

Of course, the class we focus on is the trivial, inconsequential kind. We avoid discussions of economic class or racial class or class that actually determines whether many of us have equal shots at making it in America today. Nope, those are difficult issues, ones that can't be analyzed immediately. Instead we focus on the low-hanging fruit, the easy target. And one of the great flaws of the social media era is its tendency to create tens of millions of pearl-clutching reactionaries and then give them a voice, leading to a cabal of caterwauling old maids. Somewhere along the way, "If you don't like it, don't watch it" has been turned into, "If I don't like it, you shouldn't be able to watch it, either."

Why shouldn't you be able to watch it?

Because it's not classy.

An obsession with class, above all else, reflects a society with plenty of time on its hands and nothing that consequential to worry about. There was a reason British aristocrats spent so much time focusing on class and comportment -- because they had nothing else to do.

"Can you believe these colonies and their Declaration of Independence? Who do those classless colonists think they are?"

Present-day America has reached that point as well: Let's focus on class.

You know what else the British thought wasn't classy back in the day?

The Bill of Rights.

The Long Run
Lamar Jackson is poised for a hefty contract extension with the Ravens. But can they go the distance with his style of play?
16 hours ago

NFL Mock Draft 6.0
With the Super Bowl fast approaching and the combine next on the NFL calendar, check out Jason McIntyre's latest Mock Draft.
18 hours ago
those were the latest stories
Want to see more?
View All Stories
Fox Sports™ and © 2021 Fox Media LLC and Fox Sports Interactive Media, LLC. All rights reserved. Use of this website (including any and all parts and components) constitutes your acceptance of these Terms of Use and Updated Privacy Policy. Advertising Choices. Do Not Sell my Personal Info