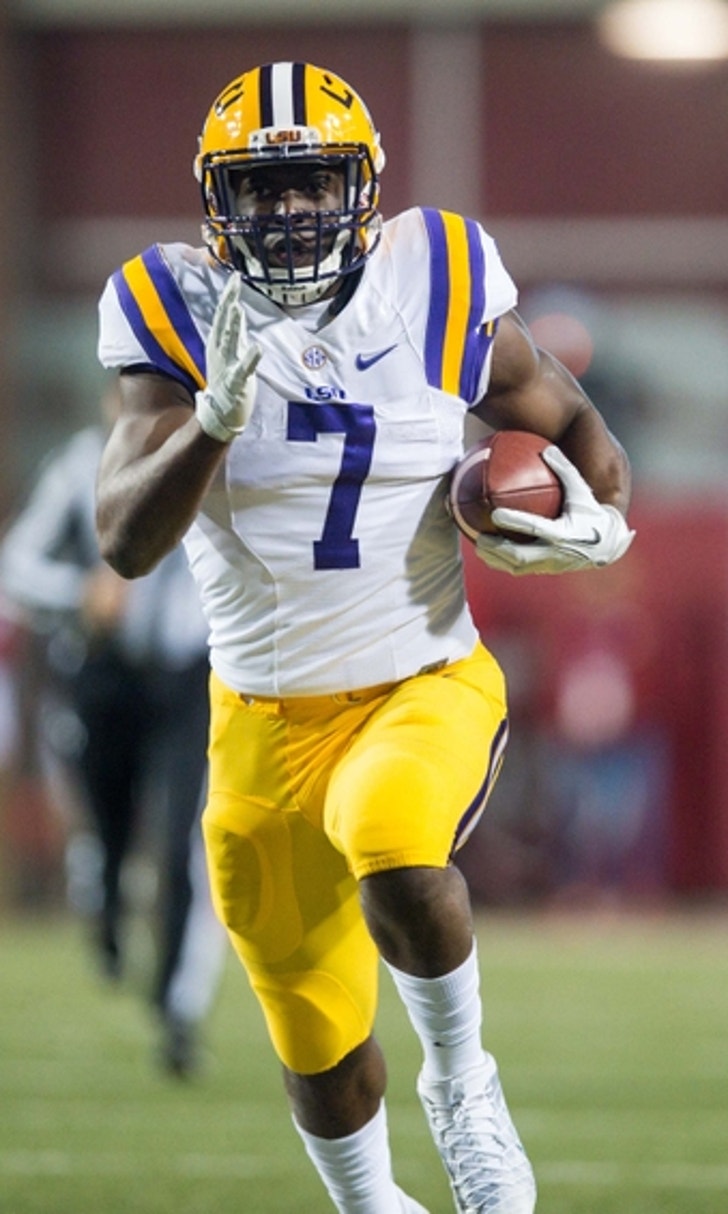 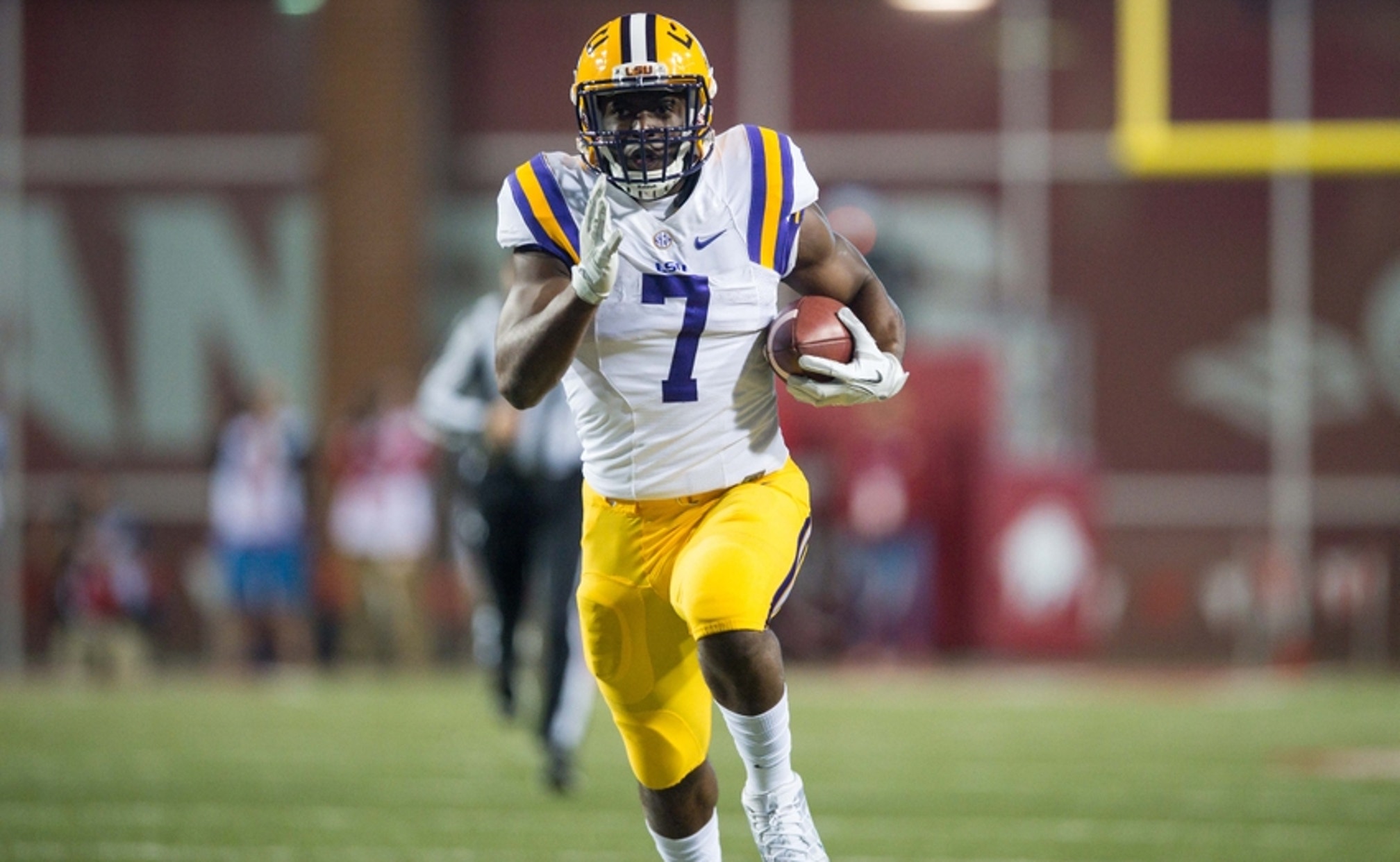 Top 5 first round targets for Jets in 2017 NFL Draft

BY Fansided and Michael Pallas/FanSided via The Jet Press • December 30, 2016
share

The New York Jets go into the draft with a lot of holes on both sides of the football.  They need to focus on the defensive side in free agency because the free agent class is deep enough to do so.

The New York Jets need to focus on the offensive line and skill position players early to surround quarterback Bryce Petty with some help.  Robby Anderson has developed a rapport with Petty, and they need much more help.

The Jets running game needs a huge upgrade.  Their special teams didn’t upgrade like we thought, and the offensive line is in shambles.

Center Nick Mangold has shown signs of wearing down.  So it’s time to start looking to the future there.  Even though running Bilal Powell has shown some good signs lately, he’s best served as a backup, and they could use some more help at offensive tackle and guard.

Let’s evaluate the best players available at positions of need for the 2017 NFL Draft.

The Jets can wait until the second round to land Pocic, but he has the talent of a first round center.  Pocic is an all-around offensive lineman.

He is great at double teams and getting to the second level off of those double teams.  He opened a lot of holes for running back Leonard Fournette.  His athleticism also helped in the passing game, especially against interior speed rushers.

The one knock on him is his strength.  He’s going to need to add some strength to handle NFL nose tackles.

He’s very good with technique at the college level, but can be overpowered by NFL defensive tackles.  With that said, he’s capable of being an NFL center, if just adding some strength is the biggest issue.

Fournette is a strong downhill runner.  He can break runs open as well, once he hits the hole.  His breakaway speed was not more evident than against Ole Miss when he had runs of 59, 76 and 78 yards.

He had an ankle injury that cost him five games.  That could be a flag, but he came back and played well.  Him sitting out of the bowl game should have no effect on his draft status.

There is one major place of improvement for Fournette.  The reason Ezekiel Elliott went as high as he did last year was because of his pass catching ability.

Fournette only had 41 catches in his LSU career.  He’s going to have to work on his route running to become a more effective all-around back in the NFL.

He has good hands, and he can catch the football.  He just needs to work on his talent to become an all-around back.

He has a strong lower body and can use that to his advantage.  He will be a tough load to bring down at the next level despite his 6’0, 203 lb. frame.

Cook has also developed well as a pass catcher.  His yards and receptions have gone up in each of his three years at Florida State.

His numbers at Florida State are eye-popping.  Seven yards per touch and 47 touchdowns.  This includes one receiving touchdown in each of the last two seasons.

His 6.5 yards per carry and 45 rushing touchdowns are nothing to sneeze at either.  He will be an every-down back in the NFL.

McCaffrey is the best overall offensive threat in the 2017 NFL Draft, period.  He’s out of the Reggie Bush mold.

He’s not a power runner by any stretch of the imagination, even though he can get some yards after contact.  He may be too small to be a feature back, but his skills and attributes are perfect for the two running back system NFL teams typically employ in today’s game.

He is elusive and explosive, and he can take the top off of any defense.  He shows great patience allowing for plays to develop in front of him.  He also has soft hands and is the best pass-catching back in the draft.

The part of his game that makes him stand out is his return ability.  He has averaged 26.4 yards per kick return and 11.2 yards per punt return in his career at Stanford.  That would provide great field position.

Drafting an offensive lineman isn’t flashy, but that’s where the Jets need the most help.  When the Dallas Cowboys had an opportunity to draft quarterback Johnny Manziel in the 2014 NFL Draft, they chose to draft offensive lineman Zach Martin instead.

They realized that one thing remains constant in the NFL.  Games are won in the trenches.  That’s why they went with an offensive lineman. The last time the Jets were in a situation where they needed to draft offensive line, they had two first round picks.  In that draft, they selected Mangold at No. 29 overall and their franchise left tackle, D’Brickashaw Ferguson, at No. 4 overall.

Robinson is not only the best tackle in the draft, but he’s the best lineman in the draft, just like Ferguson in 2006.  Robinson has improved his pass blocking in 2016 and he’s still a great run blocker.  Many attribute that to losing weight, which allows him to be quicker.

In 2015, he had trouble with Texas A&M’s Myles Garrett.  However, in 2016 he held him to a sackless game. If he lands at the Jets’ feet like Leonard Williams did, there’s no doubt they will need to draft him. Robinson is the team’s replacement for Ferguson, who retired at the end of 2015.

Zeke Files For 'Feed Me' Trademark
The Dallas Cowboys running back is making his motto official, Charlotte Wilder writes. Now, who wants a "FEED ME" tie?
2 days ago

How The Cowboys Saved Their Season
An 0-2 start can spell doom for NFL teams. But Dak Prescott wasn't about to let the Cowboys fail.
2 days ago