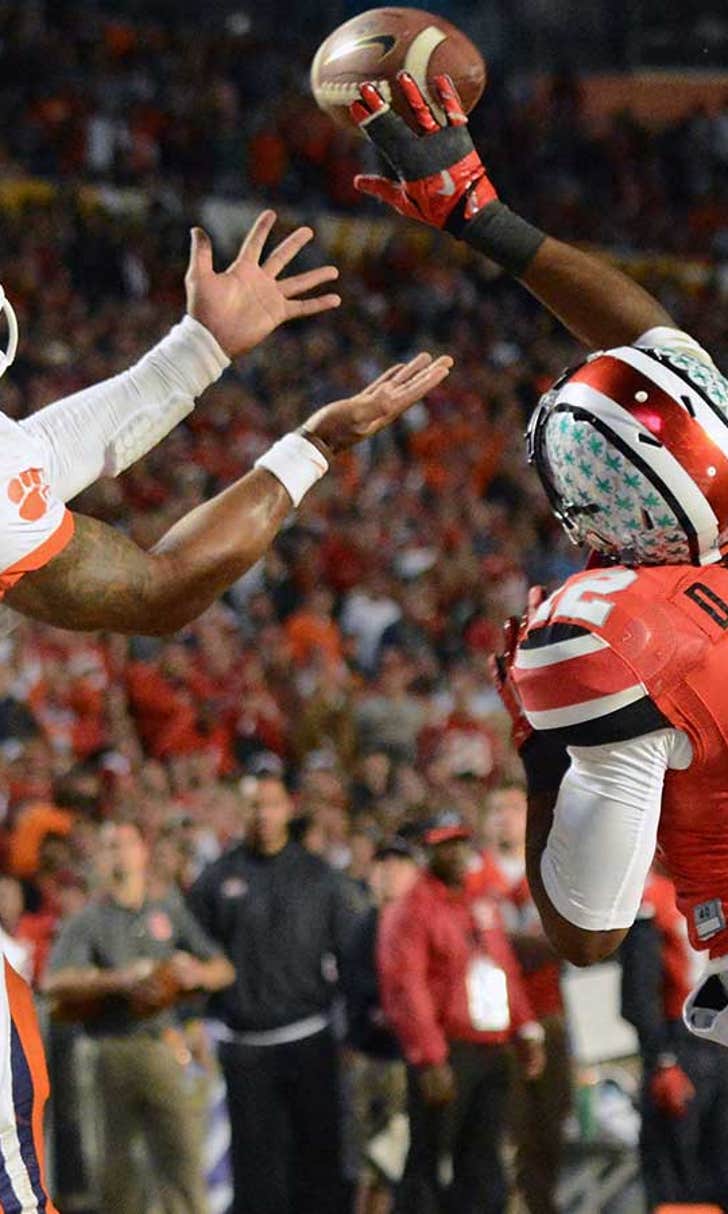 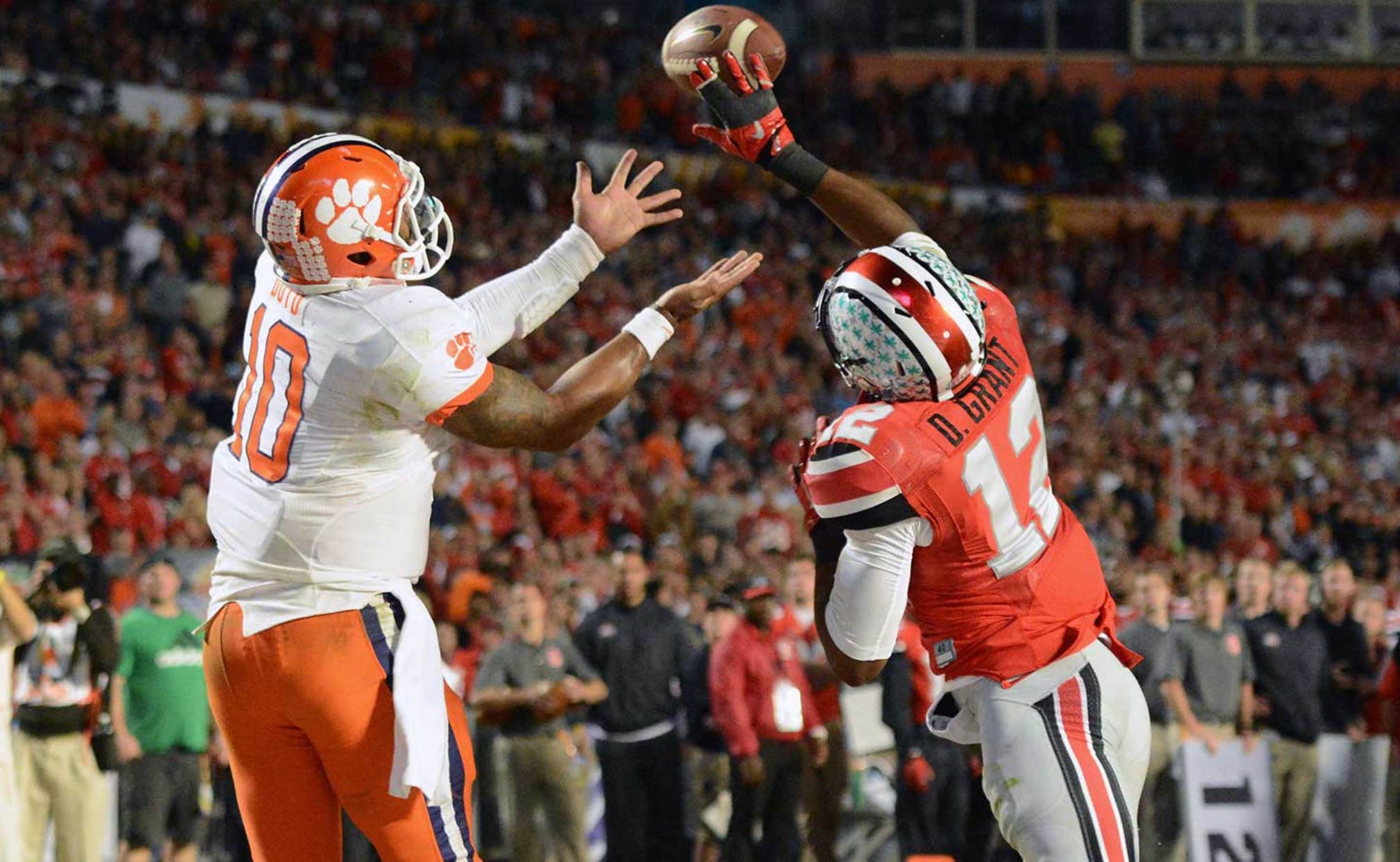 Tomlin thinks new trio of Steelers DBs will measure up 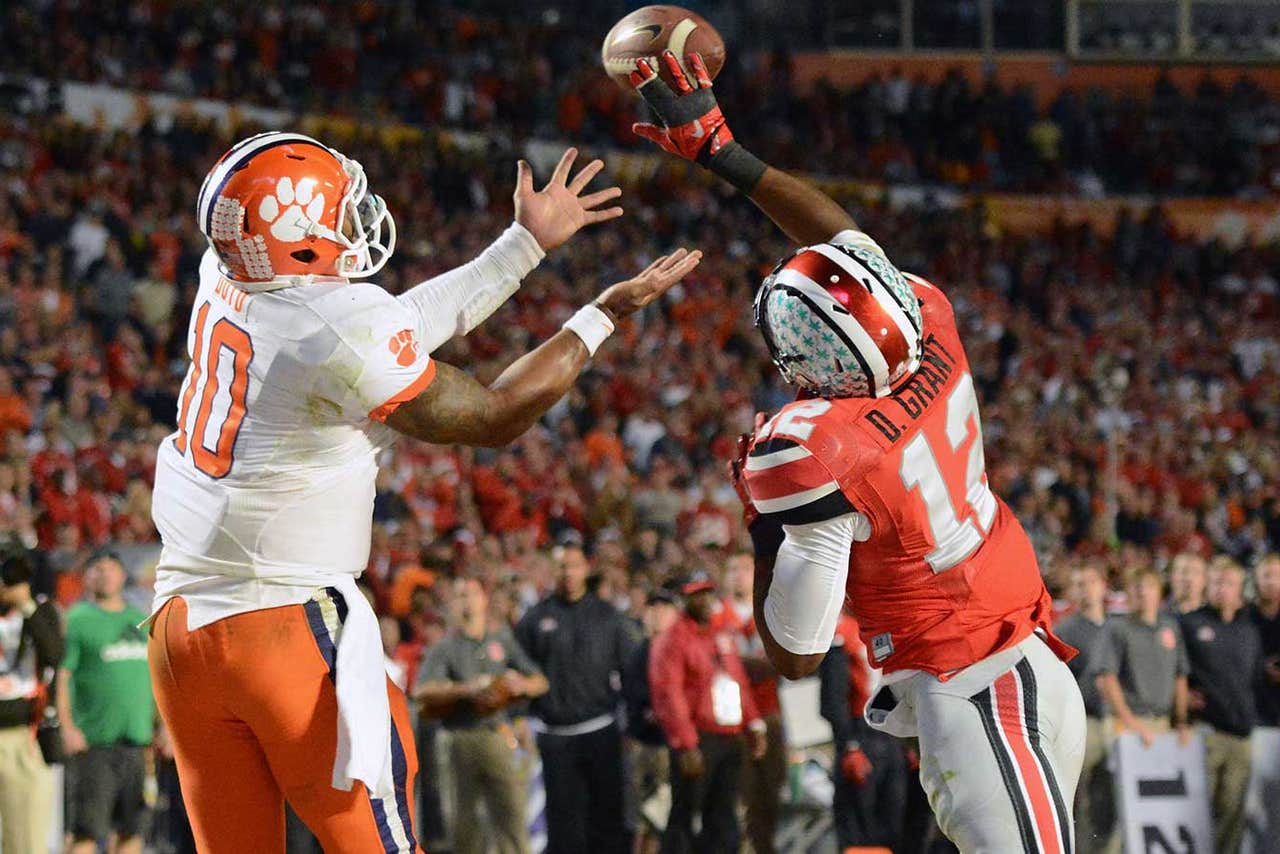 With defensive stalwarts Troy Polamalu and Ike Taylor riding off into the sunset, the Steelers were forced to restock their secondary. They did it by selecting three defensive backs in the same draft for the first time since 1995.

While the newest Steelers will have some sizable shoes to fill, they aren't exactly large in stature by NFL standards. Second-pick Senquez Golson stands 5-foot-8 while fourth-rounder Doran Grant is also a few inches shy of the 6-foot mark.

Head coach Mike Tomlin is more concerned with ability than size. "We didn't really talk a lot about potential or height, weight and speed, but more about tape and productivity,” he told the Pittsburgh Post-Gazette. "We look at these guys, and that is what they give. The 29 picks, two first-team All-Americans, we felt really good about the tangible evidence that these guys were good picks as opposed to hypothetical evidence or upside, what they ran or jumped or things of that nature."

If productivity and statistics were what Tomlin and GM Kevin Colbert were looking for, they sure got it. Golson had 10 interceptions last season at Ole Miss while Grant had five for Ohio State. Seventh-round pick Gerod Holliman led the nation with 14 interceptions at safety for Louisville.

"The neat thing about this group, we wanted to get better in the back end,” Colbert said. “And, between Senquez, who had 10 interceptions, and Doran, who had five, and Gerod Holliman who had 14, we just added 29 interceptions to our defensive backfield. And we are excited about what that can bring.”

With Brice McCain's departure to Miami and Cortez Allen coming off a disappointing season, both Golson and Grant will get a chance at playing time right out of the gate. Holliman will likely be relegated to special teams at the outset.

Josh hits the Jackpot
Josh from South Carolina, along with seven other Super 6 players, won Terry Bradshaw's $1 million prize on Sunday.
8 hours ago

Keep It A Buc
After another shaky performance from Tom Brady, the Buccaneers might have to face some hard truths about their star QB.
11 hours ago

How Jimmy Johnson's Cowboys Ate Up The NFL
Jimmy Johnson and Troy Aikman enjoy a nostalgic and festive conversation ahead of the Cowboys' annual Thanksgiving Day game.
14 hours ago

MVP Watch: Mahomes Running Away
After another epic outing, Patrick Mahomes is tightening his grip on a second MVP award. Is it his to lose?
14 hours ago

Shredded Cheese
The Packers have become the enigma of the NFL. Is this Green Bay team actually capable of competing for a Super Bowl?
17 hours ago
those were the latest stories
Want to see more?
View All Stories
Fox Sports™ and © 2020 Fox Media LLC and Fox Sports Interactive Media, LLC. All rights reserved. Use of this website (including any and all parts and components) constitutes your acceptance of these Terms of Use and Updated Privacy Policy. Advertising Choices. Do Not Sell my Personal Info