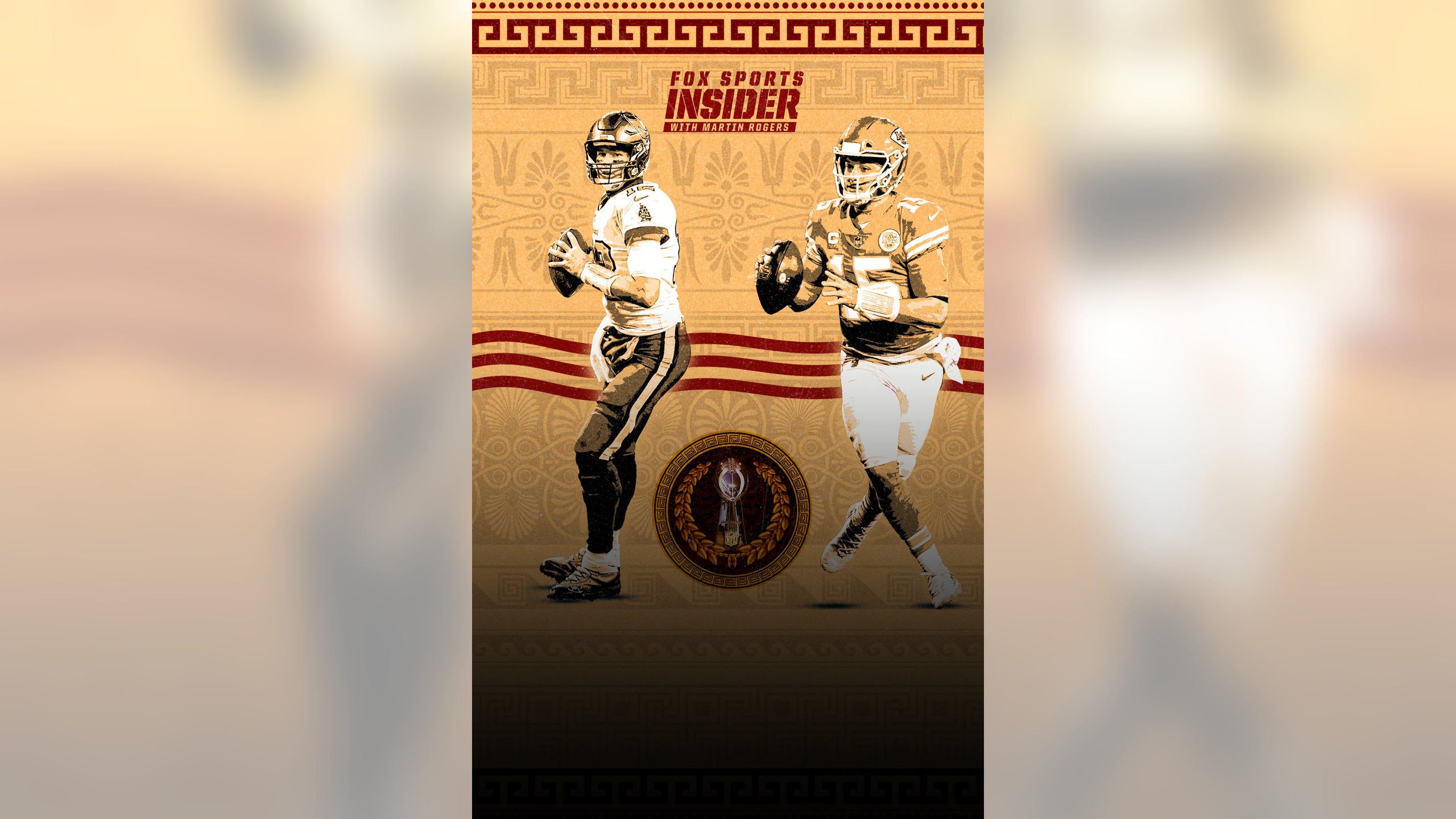 And now, the Super Bowl.

There were times when this National Football League season felt like a race against the clock, a battle to squeeze in all those weeks of action before the turmoil we’ve learned to live with delivered an obstacle too great to surmount.

Yet here it is, the grandest of all games, now primed and ready, complete with a blockbuster storyline to top it all off.

The NFL knows how to market itself and does so expertly. But, no disrespect intended, it has an extraordinarily simple task this time around. Anyone who can’t figure out how to promote the Kansas City Chiefs against the Tampa Bay Buccaneers, Patrick Mahomes vs. Tom Brady, should give it up and try something else. Or give me a call.

It is a head-to-head that’s as juicy as it gets in both star power and context. For while it is rife with tired, old clichés – yes, this is a heavyweight battle and the passing of the torch and a matchup made in ratings heaven — it is made better by the specifics.

Namely, two future Hall of Famers will lead their respective teams at Raymond James Stadium a week from Sunday, and somehow, the guy who has won six Super Bowls already feels like a massive underdog.

Brady doesn’t just seem like the outsider. He is one, according to the oddsmakers. FOX Bet lists the Chiefs at -162, with Mahomes & Co. as 3.5-point favorites.

"The Super Bowl is the Super Bowl," Mahomes told reporters. "Being able to go up against one of the greatest, if not the greatest QB of all time … it is going to be a great experience for me. To go out there to have a chance to repeat and get to do it against the best is something special."

It is a clash set up to build the mystique of one man in the same way it gives maximum force to the story. Mahomes, in rapid time, has established himself and his Chiefs as a juggernaut. Unstoppable? No one is unstoppable. Or are they?

Ask the San Francisco 49ers, who thought they had it all wrapped up a year ago, when the world was different, but Mahomes was already imperious.

For Brady, a seventh title would add to his already ridiculous numbers, and it would do so in the most fairytale of ways. A Super Bowl is the most cherished item in the sport for a reason: It is really difficult to win.

If Brady wins one this way, it will be its own special chapter and the finest of the lot. He’ll have done it without the vibrancy of youth, despite all that sleep and all those vegetables cooked in coconut oil. He'll have done it without Bill Belichick and the New England Patriots machine. Most of all, he’ll have done it when he wasn’t supposed to, when so many doubted he could, without so many of the inherent advantages of the past.

"Step back, and try to behold what just happened," FS1’s Skip Bayless said on Undisputed. "Comprehend what just got pulled off. Tom Brady, at age 43, the GOAT, just went to Lambeau Field and outplayed [Aaron Rodgers] on his own frozen tundra. He said: ‘OK, Coach Belichick, watch this. I am going to take a team that went 7-9 last year and … we are going to go on a run.'"

Topping Mahomes and overcoming the Chiefs juggernaut would not only show Brady as truly timeless, with triumphs in three decades, but also perhaps bookend things perfectly. In his first Super Bowl, there was an offensive behemoth on the other side in Kurt Warner’s St. Louis Rams. Here comes another.

Meanwhile, besting Brady to win a second title would add a special sheen to Mahomes’ career, and who knows how far he can go from here?

This is the best matchup because for all the differences, there are a lot of similarities, too. A Chiefs triumph would put Mahomes and Kansas City on a track toward the kind of dynasty that only Brady’s Patriots have managed in modern times.

We are talking about two guys able to live at a level of dominance that leaves no place for others and in which sharing the love among other greats of the era doesn’t come into it.

It is the sort of thing that leaves even some of the best of all time, such as Rodgers, effectively shut out. And it leaves up-and-comers such as Josh Allen, backed by an excellent unit and coming off an outstanding season, effectively backed into a corner. The Bills were "just" one game away from a Super Bowl. Yeah, "just."

Mahomes and Brady are who they are, in part, because there’s a certain sense of inevitability that makes it seem like they are magnetized to winning. Sometimes it is inexplicable, like at times during the Bucs’ three road wins, that they have somehow found a way.

Yet ultimately, when it all boils down to it, you expect to see Mahomes and Brady win because we’ve seen it so often before and because they never, ever expect anything less.

Two Sundays from now, one of them won’t be able to make good on that eternal promise. Which will only add to the aura and, for each of them, increase the urgency.