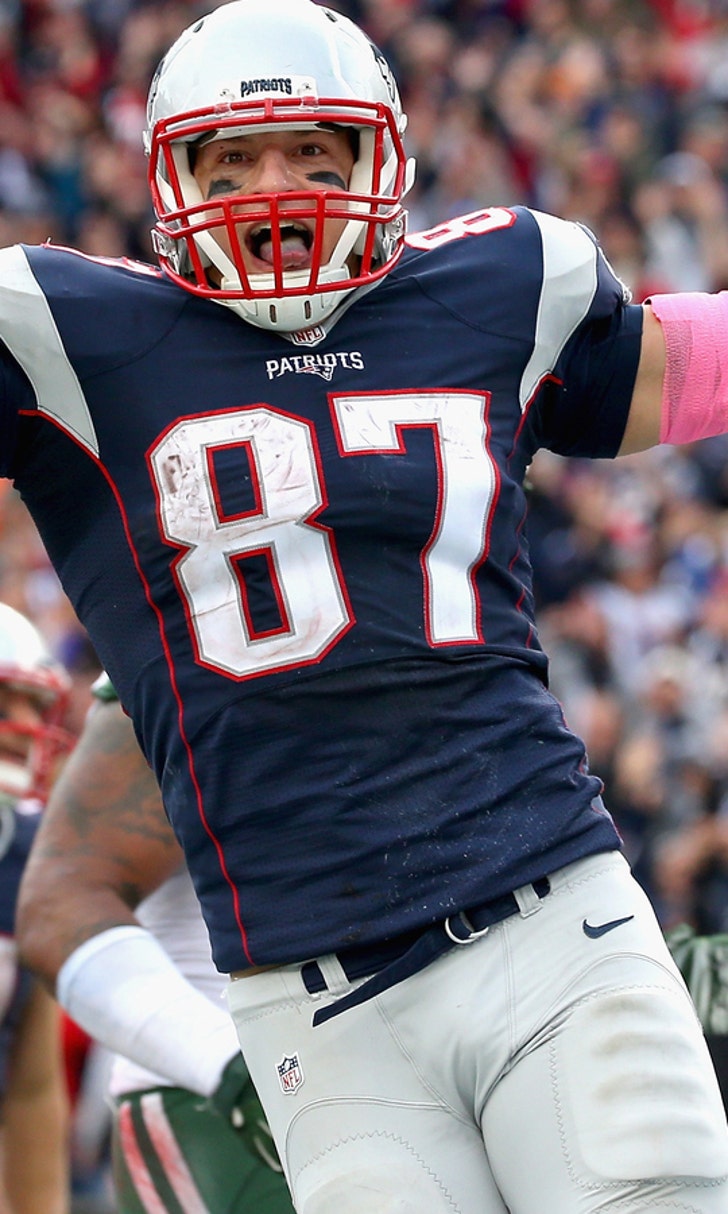 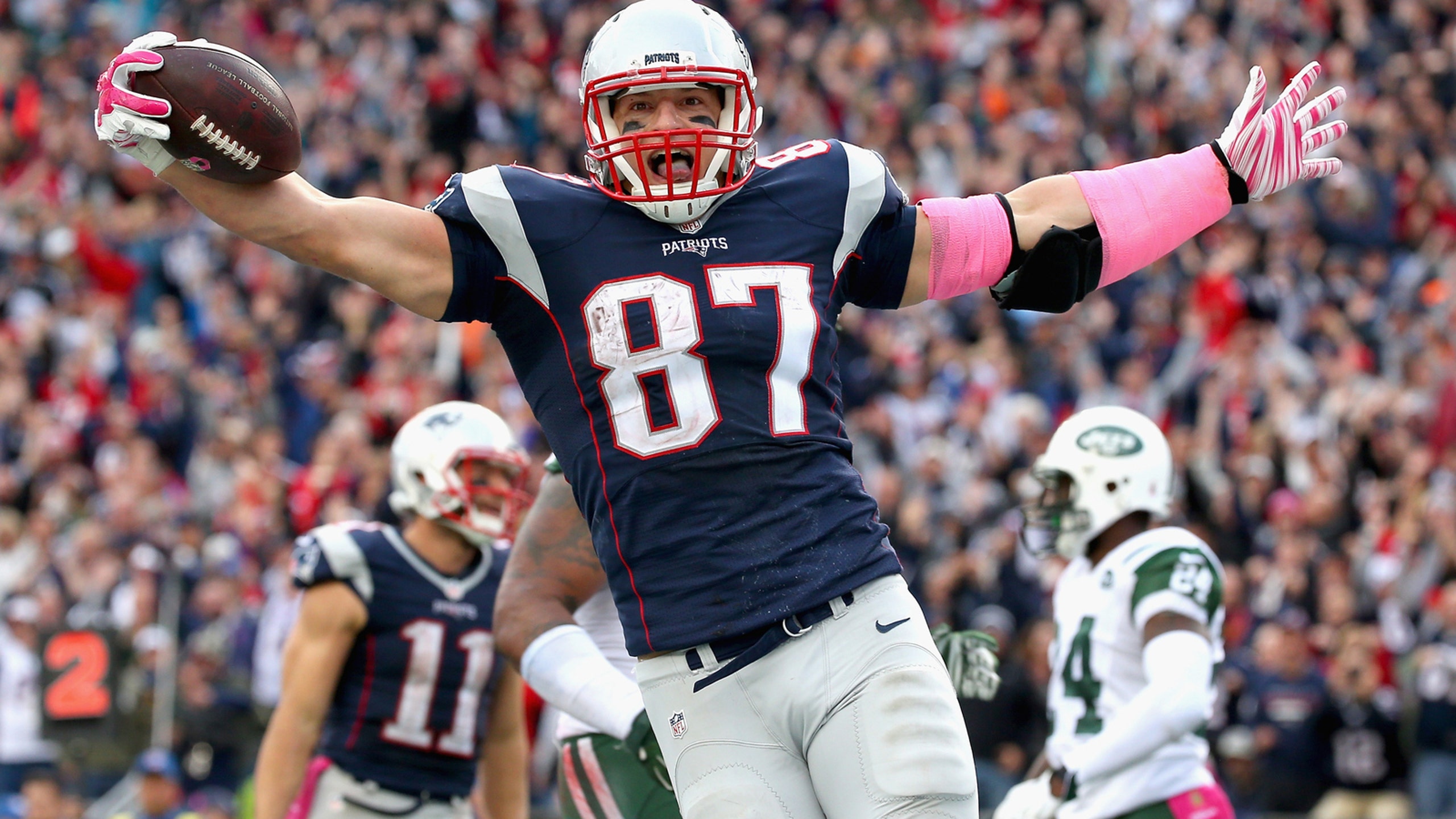 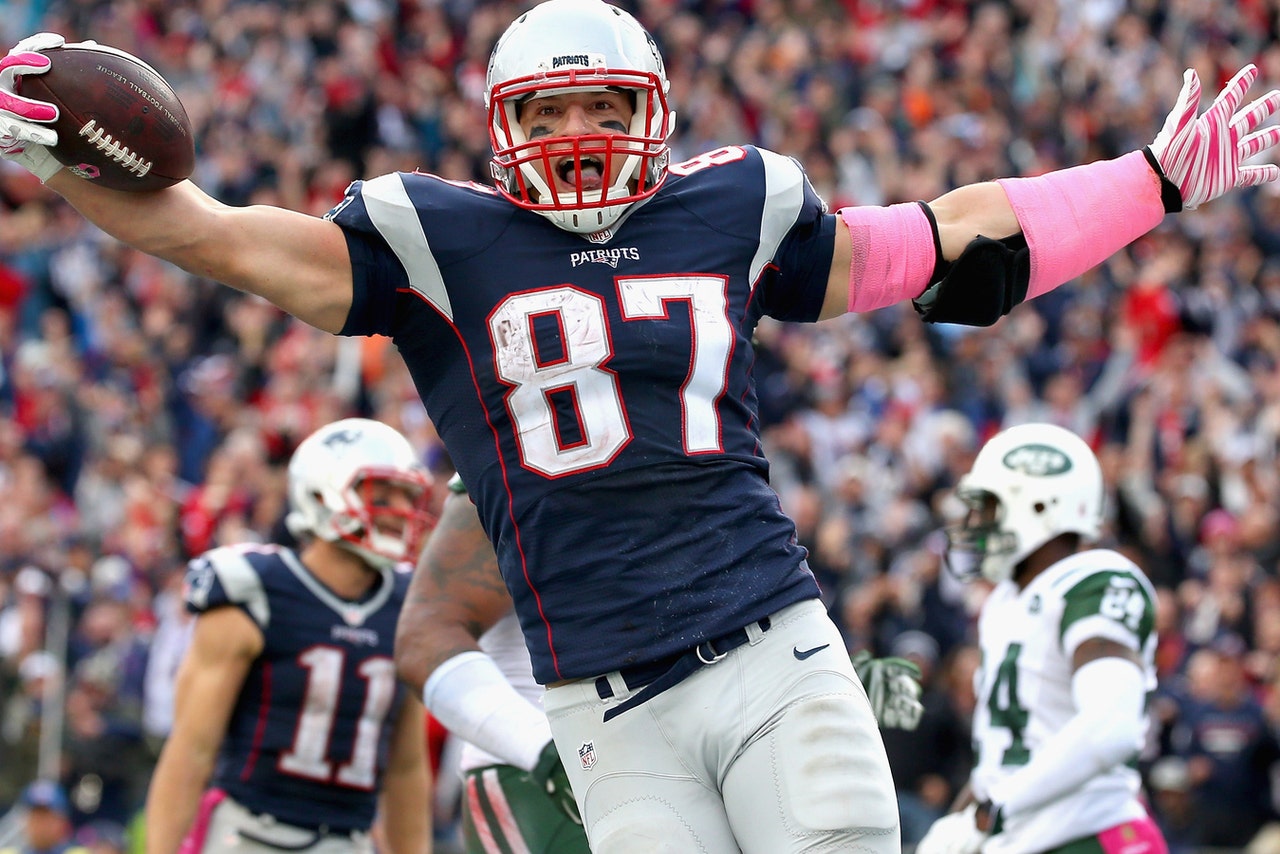 From Troy Brown to Deion Branch, Wes Welker and Julian Edelman, New England Patriots quarterback Tom Brady has done most of his work throwing to receivers under 6 feet.

So, it must be nice for Brady to see a 6-foot-6, 265-pound monster tight end like Rob Gronkowski sprinting down the field against a defensive back every week.

“Gronk running down the seam, he’s such a big target,” Brady gushed Wednesday. “I think he’s got a great catch radius. He’s got great speed. I don’t know what he was timed when he came out of college, but he gives great body language when he runs. I can really tell when he really starts to accelerate, and he feels like he can run by the guy that is on him.

“Even the throw I made the other night to him, it wasn’t even really a great throw. But because he was by him so far, he was able to adjust and make it. He makes a tough play on the defender. The guy’s running so hard to catch up, then you throw it a little bit behind Gronk, the guy’s really out of control playing him. He’s just a big target running down the field and a little different than Julian and Danny (Amendola), who are a little smaller in stature. But Gronk’s just a big target, so he makes it easy on me.”

Gronkowski has 40 catches for 646 yards with seven touchdowns this season. He’s on pace for a ridiculous 91 receptions for 1,477 yards and 16 scores. Gronkowski’s success doesn’t mean Brady is going away from the little guys, however. Edelman, who’s 5-foot-10, 200 pounds, has 52 catches for 584 yards with six touchdowns, and 5-foot-11, 190-pound Amendola has 26 catches for 300 yards and two scores.

Gronkowski helps open up the field for the Patriots’ other receivers, because he usually commands a strong safety or bracketed coverage from a linebacker and safety. There are times Edelman is being covered one-on-one by a linebacker, and Amendola breaks free to get wide open. Ironically, Amendola has been a better deep target this season than Gronkowski.