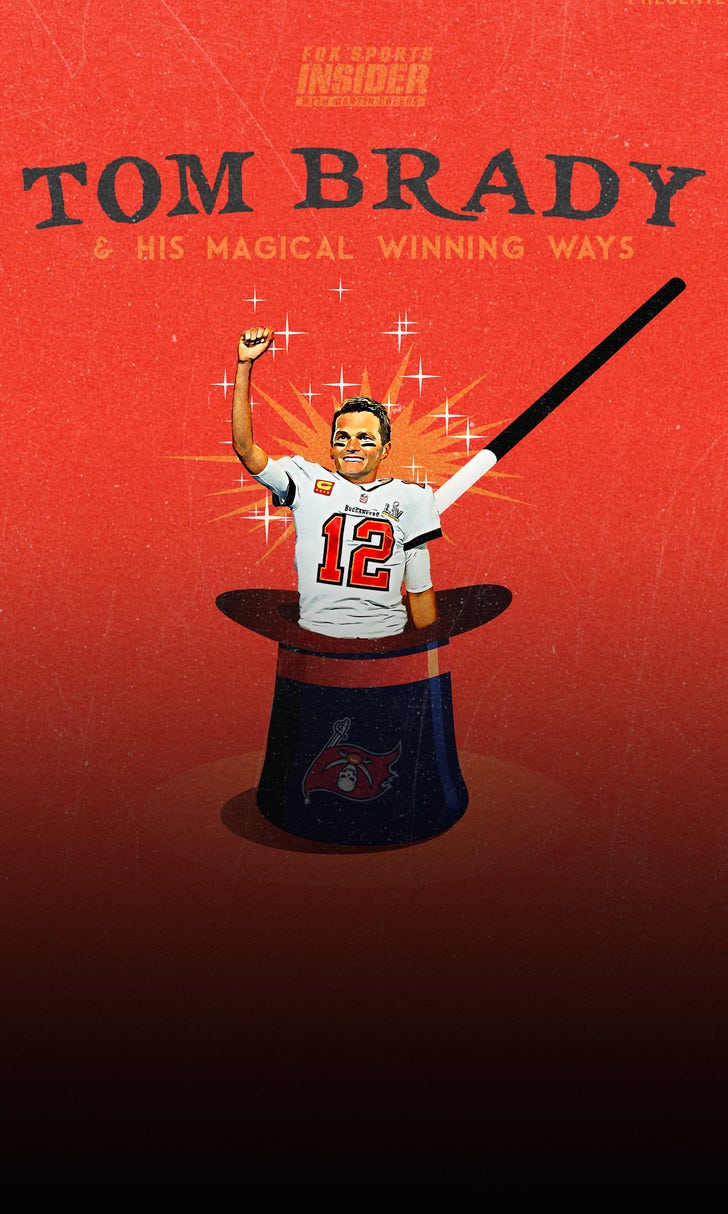 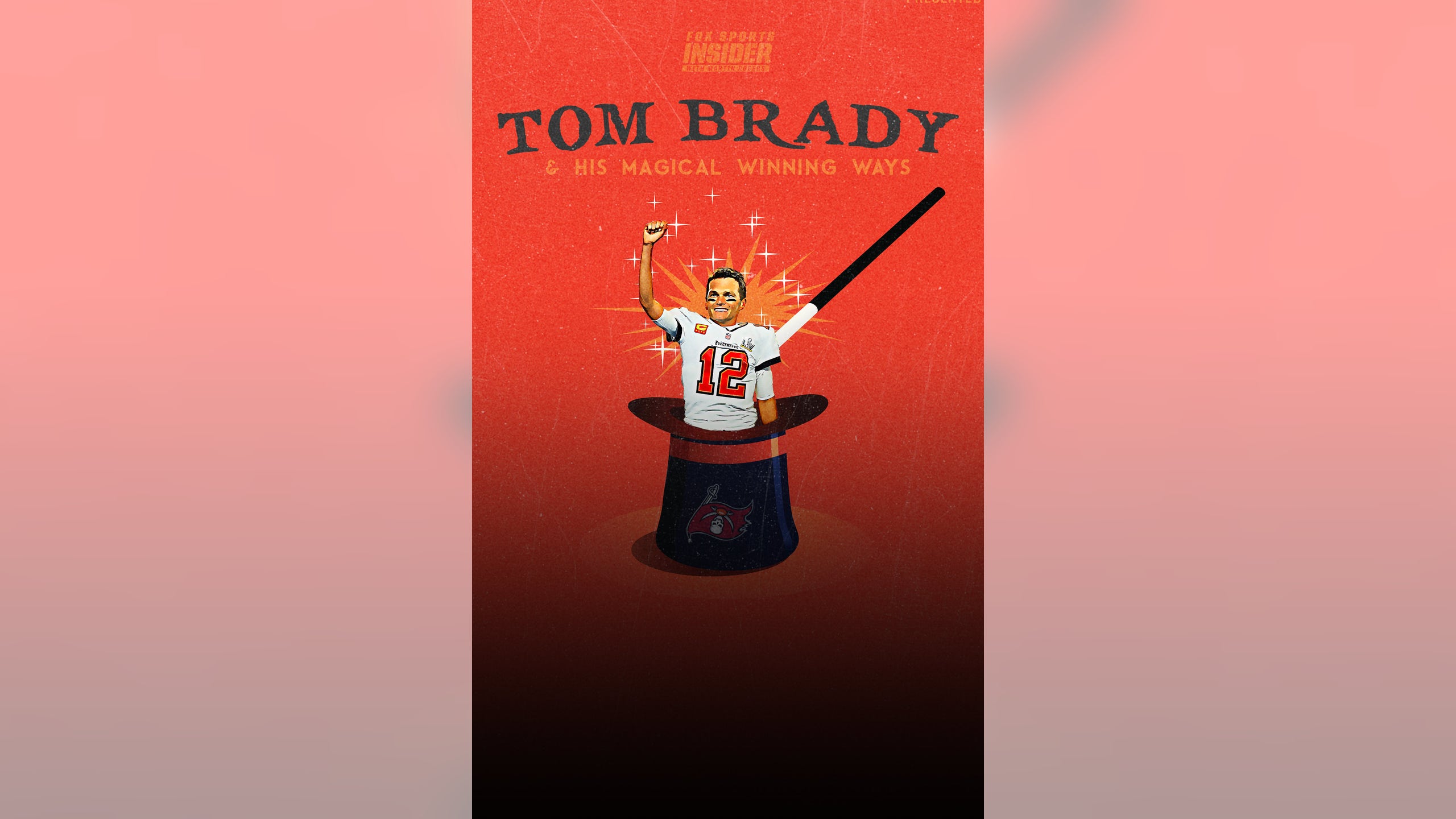 The Tampa Bay Buccaneers didn’t find it amusing, annoying or even particularly motivating that the public, the media, the oddsmakers and your grandmother kept treating them like underdogs in the lead-up to Super Bowl LV.

They just thought everyone was wrong.

"It was crazy to us that we [were] still underdogs," linebacker Devin White said after the team’s dominant 31-9 victory over the Kansas City Chiefs on Sunday. "We defeated Drew Brees, we defeated Aaron Rodgers, and we still were underdogs. We didn’t really care about what [people] were saying."

Every team tries to foster positive energy and winning thoughts, but the Bucs breathed that and ultimately triumphed because at the heart of all that believing was a system created to turn positivity into performance. Well, not so much a system as a person.

Talk all you like about Tom Brady’s ability to halt the physical clock and still make all the throws. What his odyssey to Tampa Bay really showed is that his greatest strength now is to take his winning habit and spread it among others.

Chuck in a similar-minded coach in Bruce Arians and a group of players willing to buy in to accomplish one common goal, and you get a triumphant recipe that few from the outside could spot.

"All week he made us believe we would win," running back Leonard Fournette told reporters. "He was texting us at 11 at night saying, ‘We will win this game.’ We believed him."

With Brady getting the conversation rolling – he reminded Fournette how statistically poor the Chiefs were in allowing yards after contact – the rushing group became certain they would have a decisive impact on the game.

Fournette came to Tampa Bay after being cut by the Jacksonville Jaguars. He got the offense rolling for the first time Sunday with three straight runs on the team’s third drive. In the third quarter, he charged for a 27-yard touchdown that left Kansas City in an almighty hole.

During the season, Brady championed the recruitment and the revival of Antonio Brown, who, it must be said, remains shrouded in off-field issues that are deeply troubling. In Florida, Brown has been able to get his football mojo working again, and when he discusses Brady, there it is once more — that word: belief.

"Tom is a big brother to me, has always believed in me, took me under his wing," Brown said. "He helped me get the right perspective."

Brady knows Rob Gronkowski well enough after all these years that he not only can tell the big tight end what’s going to happen but also can tell him to make the life-altering decision to come out of retirement, and Gronk will go right ahead and do it.

"This was an organization that was ready to win," said Gronkowski, the recipient of Brady’s first two touchdown throws Sunday, with Brown hauling in the other. "It was just cool to see how much talent there was."

The players needed guidance — and, perhaps, to be told how good they were often enough that they believed it.

Heading into the final days before Sunday, Brady told the defense that he was so impressed by them, he was glad he would never have to play against them. Then he told them again, as a group and individually. Then, once it was all done and Patrick Mahomes had been held touchdown-less for the first time in his NFL career, Brady found defensive star Lavonte David and uttered two words: "Told you."

Sometimes in the moment, we forget the significance of what we are seeing. Sometimes graphics illustrate it best, such as the one that shows Brady has more Super Bowl wins than any franchise in the league. The seventh, let’s not forget, came at age 43 after he left a serial winner for the team with the worst winning percentage in pro football history.

It is a team game, and this is a team story, but this was a team with one clear, undisputed figurehead, and they all knew it. There were two must-haves in the Buccaneers locker room as the celebrations kicked in: a selfie with Brady and a selfie with the Lombardi Trophy. In that order.

"Big picture, it is about Brady," FS1’s Nick Wright said on "First Things First." "Brady coming to Tampa after [the New England Patriots] didn’t want him back, after many others counted him out and laughed at him throughout the year."

Brady believed. He always believes. Seven times now, he has been right.

This isn’t a sermon on the power of positive thinking, but that is part of the explanation as to how this happened. Imagine how you’d have reacted if someone had told you this eight months ago: The Tampa Bay Buccaneers became Super Bowl champions.

Football is an intricate game of schemes and designs and marginal gains. Dive into all those things as deep as you like, for they are fascinating.

But amid it all, never stray too far from this. The Bucs won, in part, because of belief. Because Brady had them not just thinking they could but knowing they would.

Martin Rogers is a columnist for FOX Sports and the author of the FOX Sports Insider newsletter. You can subscribe to his daily newsletter here.

Trade Deshaun Now
Colin Cowherd is always thinking. On Monday, he thought up five reasons the Houston Texans should move off their superstar quarterback.
9 hours ago

The Brady Plan
Before he released a workout video, Saints QB Drew Brees' retirement seemed like a done deal. Instead, might he follow Tom Brady's path?
13 hours ago