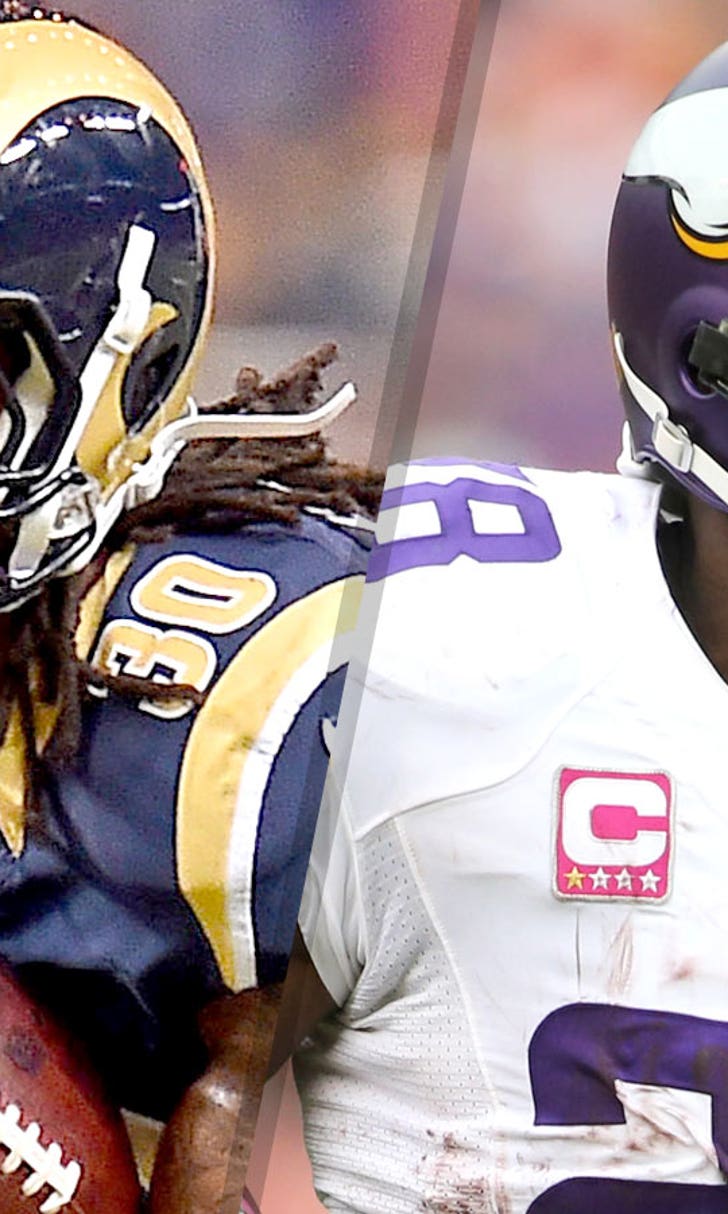 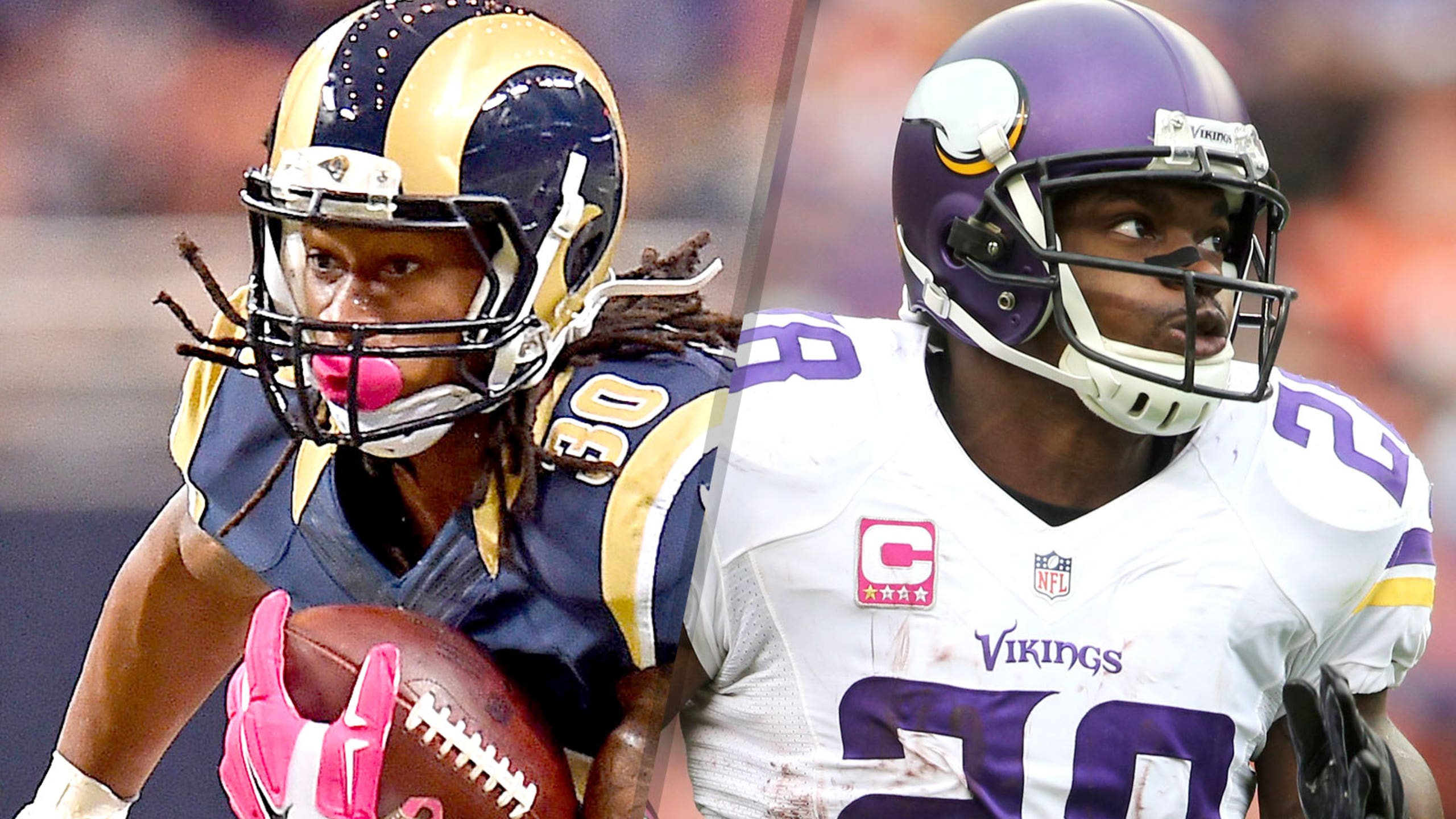 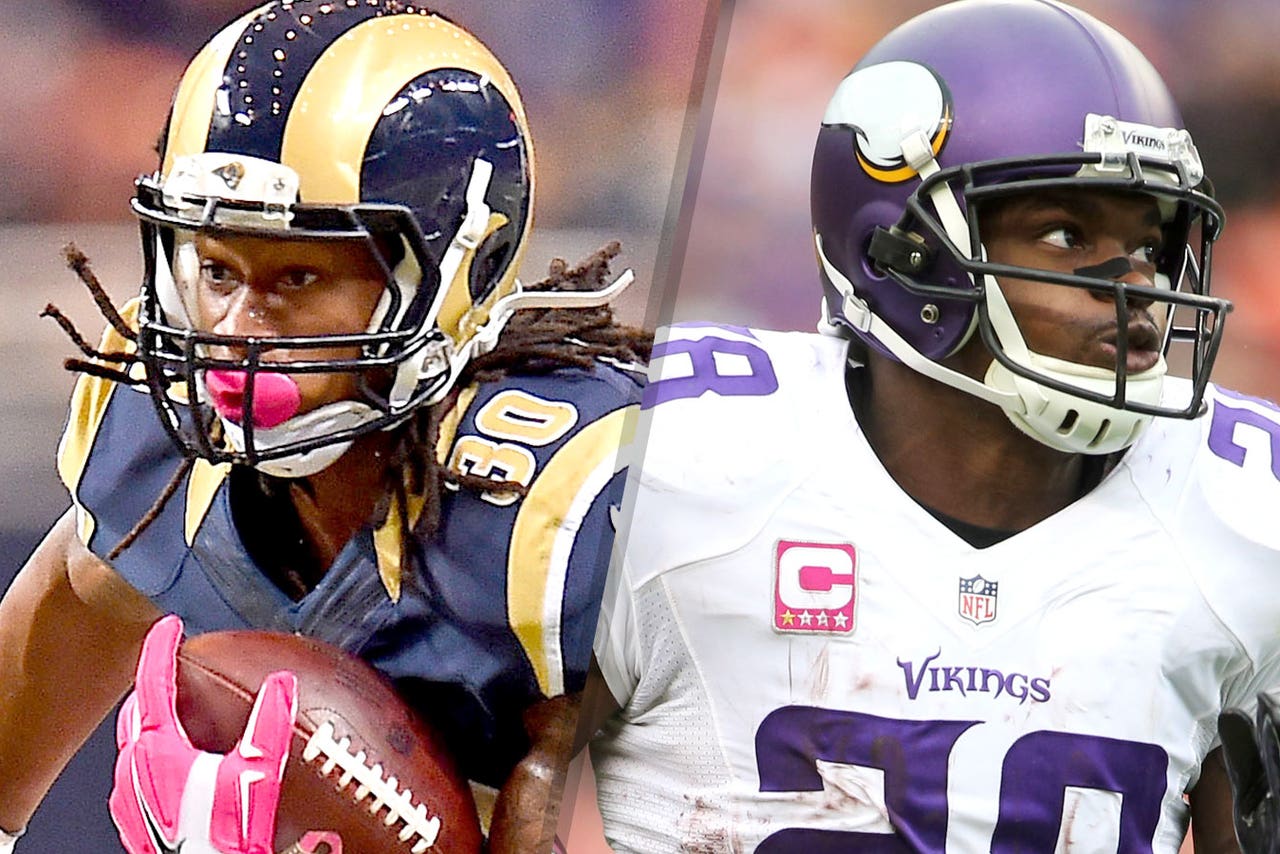 Todd Gurley is off and running -- that's for sure.

The St. Louis Rams' rookie running back is averaging 115 yards per game, and he currently ranks fifth on the NFL's rushing leader board with 575 yards. He's within 135 yards of the current leader, Atlanta's Devonta Freeman, even though the tail-end of his recovery from a torn ACL kept him on the sidelines for the first few weeks of the season.

The league hasn't witnessed such an explosive start for a rookie running back since 2007, when Adrian Peterson burst onto the scene with the Minnesota Vikings. Gurley and Peterson are the only two running backs in NFL history to eclipse 100 yards in four of their first five games, according to NFC director of communications Randall Liu.

Todd Gurley & Adrian Peterson are only 2 in NFL history to rush for 100+ yards in 4 of 1st 5 career games pic.twitter.com/X1DCyhRhhB

Peterson finished the 2007 season with 1,341 yards, as he went on to win the NFL's Offensive Rookie of the Year award. Gurley is projected to surpass 1,300 yards by the end of his rookie season, too, and he's a favorite to win the same award.

Gurley and Peterson will go head-to-head this weekend, when the Rams visit TCF Bank Stadium to face the Vikings on Sunday.