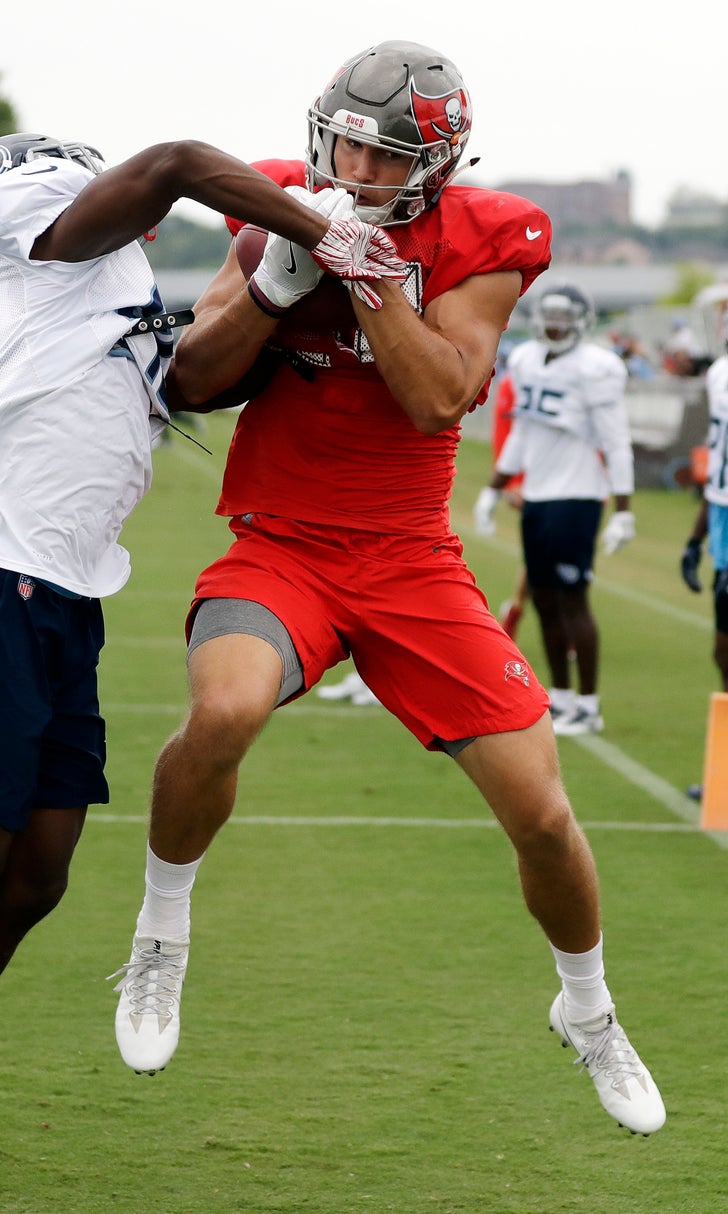 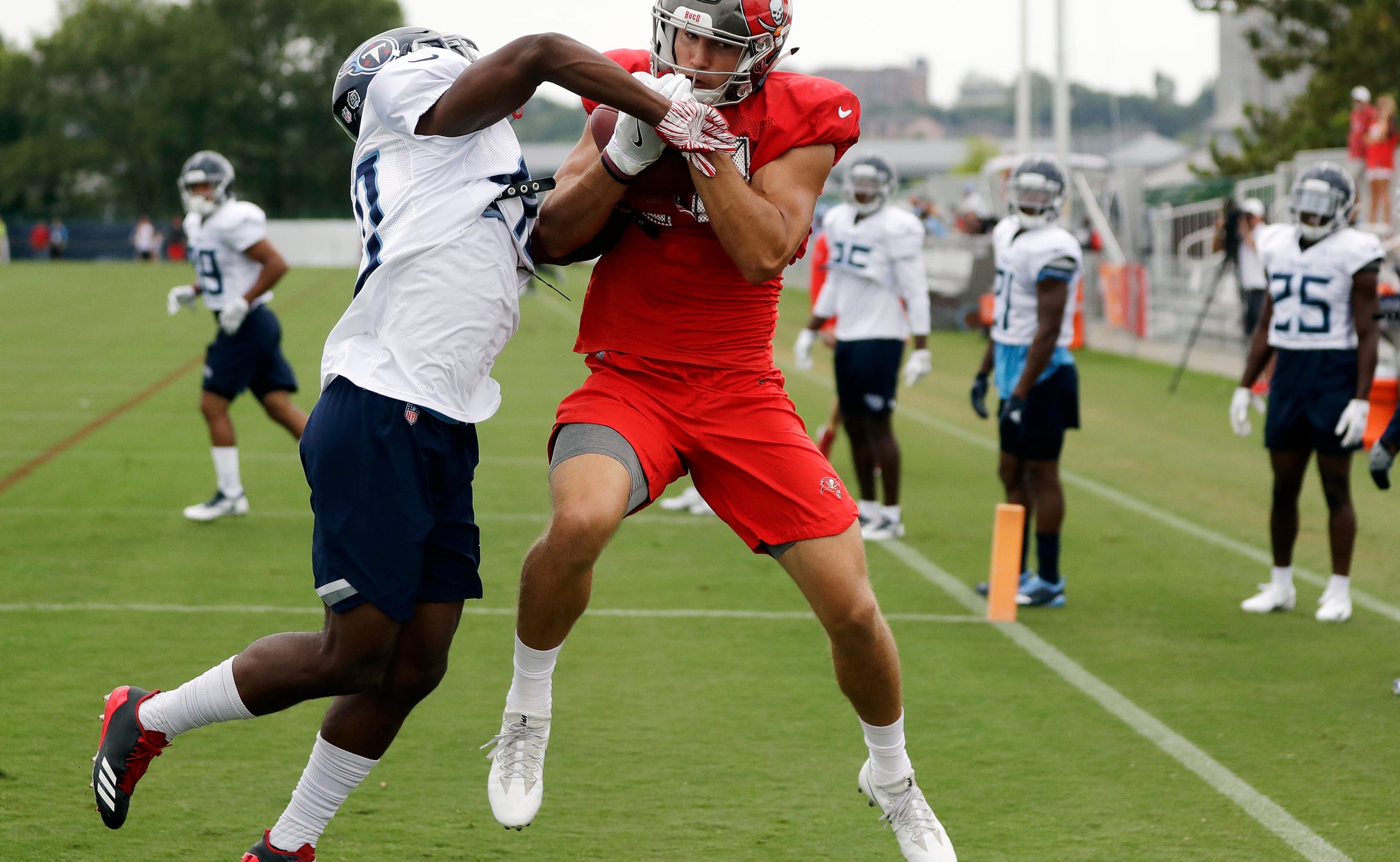 NASHVILLE, Tenn. (AP) — Tennessee cornerback Adoree Jackson was flipping for joy after a couple of interceptions defending Mike Evans, DeSean Jackson and the rest of the Tampa Bay Buccaneers.

The 18th pick overall in 2017 by the Titans, Jackson celebrated picking off a pass to DeSean Jackson Thursday in a one-on-one drill with a flip. With few people on the far side of the field watching, Jackson made sure to flip again after intercepting a pass intended for Tampa Bay tight end O.J. Howard.

"Back home, they'd give me a 10," Jackson said. "If I was in the Olympics, I probably wouldn't get a high score I don't think. I didn't stick my landing correctly. I didn't do the right things. I didn't tuck or none of that. Everybody said they were scared when I was in the air. ... I'd have gave me a seven."

Titans coach Mike Vrabel has no issue with how Jackson likes to celebrate big plays.

"If he wants to backflip after he intercepts the ball or bats it down, I'm all for it," Vrabel said.

The Buccaneers and Titans wrapped up their second joint practice Thursday in a prelude to their exhibition game Saturday night, and these sessions have provided a good preseason test for a Tennessee secondary that wants to be one of the NFL's best, if not the best, against a group of wide receivers that helped Tampa Bay rank fourth in the NFL last season in passing offense.

Evans and his teammates got the best of the Titans on Wednesday with Tampa Bay coach Dirk Koetter noting that offense should beat defense in 1-on-1 drills. Koetter thought his receivers came out "smoking" with Evans having a really good practice.

The Titans bounced back Thursday, setting a tone in 1-on-1s with Malcolm Butler breaking up a pass to DeSean Jackson. That's the drill where Butler's teammate used a tip from fellow cornerback Logan Ryan to watch for a specific move. Jackson turned, got his left hand in tipping the ball to himself for the interception.

"Kudos to Logan for getting me in position, and I just had to make the play," the Titans cornerback said.

The 6-foot-5 Evans gave Tennessee a strong test at 6-foot-5 with at least 1,000 yards receiving in each of his first four seasons. Evans also gave the Titans defensive backs a good review.

"Oh, I like them," Evans said. "Butler, physical, experienced corner. Adoree Jackson, hell of an athlete, and Logan Ryan he has game. Very experienced, very smart."

Adoree Jackson called the joint practices a lot of competition with both teams pitting their first-team units against each other.

Both Vrabel and Koetter made it clear before these practices to avoid fighting, and they were successful with the exception of back-to-back plays with the Titans' first-team offense on the field.

Bucs safety Chris Conte hit Titans running back Dion Lewis hard, prompting pushing and shoving. Vrabel and Titans general manager Jon Robinson both ran in to break it up. On the next play with Derrick Henry running, the Titans and Bucs pushed and shoved each other again.

NOTES: Bucs rookie Alex Cappa worked at right guard with the first-team after Caleb Benenoch got a bit banged up in the first team period. Koetter said Bennenoch returned. ... Bucs CB Ryan Smith went inside with trainers, and Koetter did not have an update. ... Titans TE Delanie Walker walked gingerly inside with a team doctor after a catch across the middle.

Tampa Bay Buccaneers
share story
those were the latest stories
Want to see more?
View All Stories
Fox Sports™ and © 2020 Fox Media LLC and Fox Sports Interactive Media, LLC. All rights reserved. Use of this website (including any and all parts and components) constitutes your acceptance of these Terms of Use and Updated Privacy Policy. Advertising Choices. Do Not Sell my Personal Info