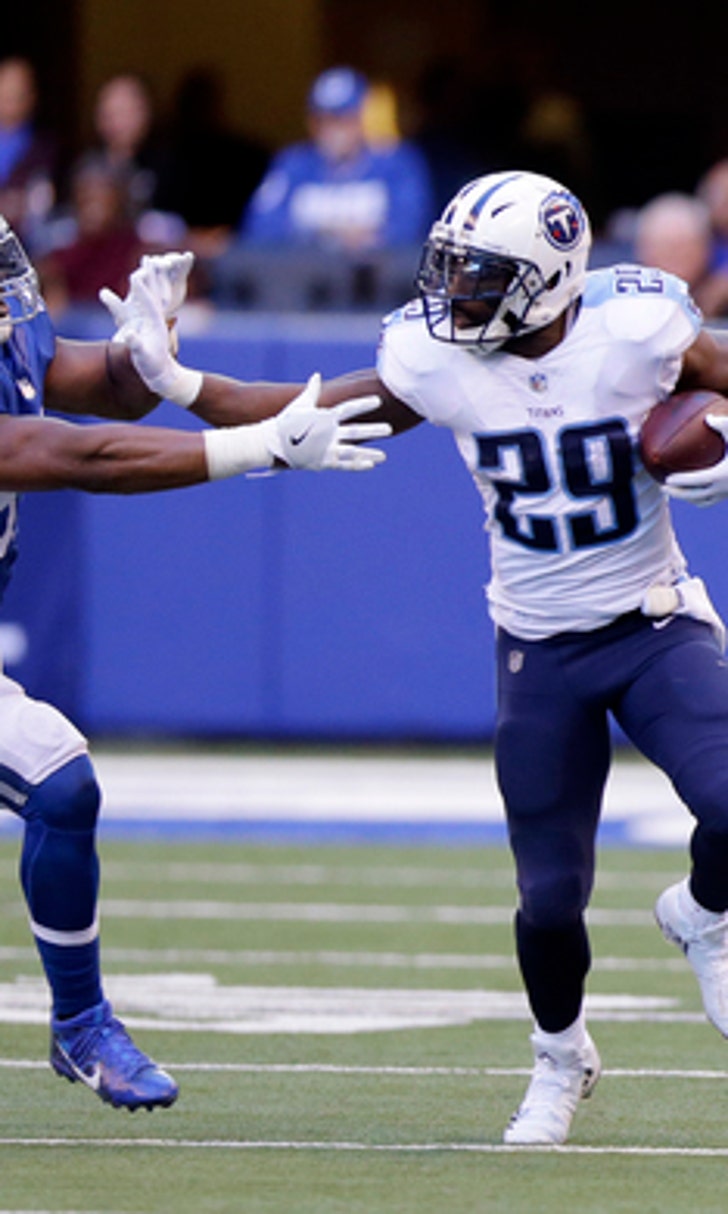 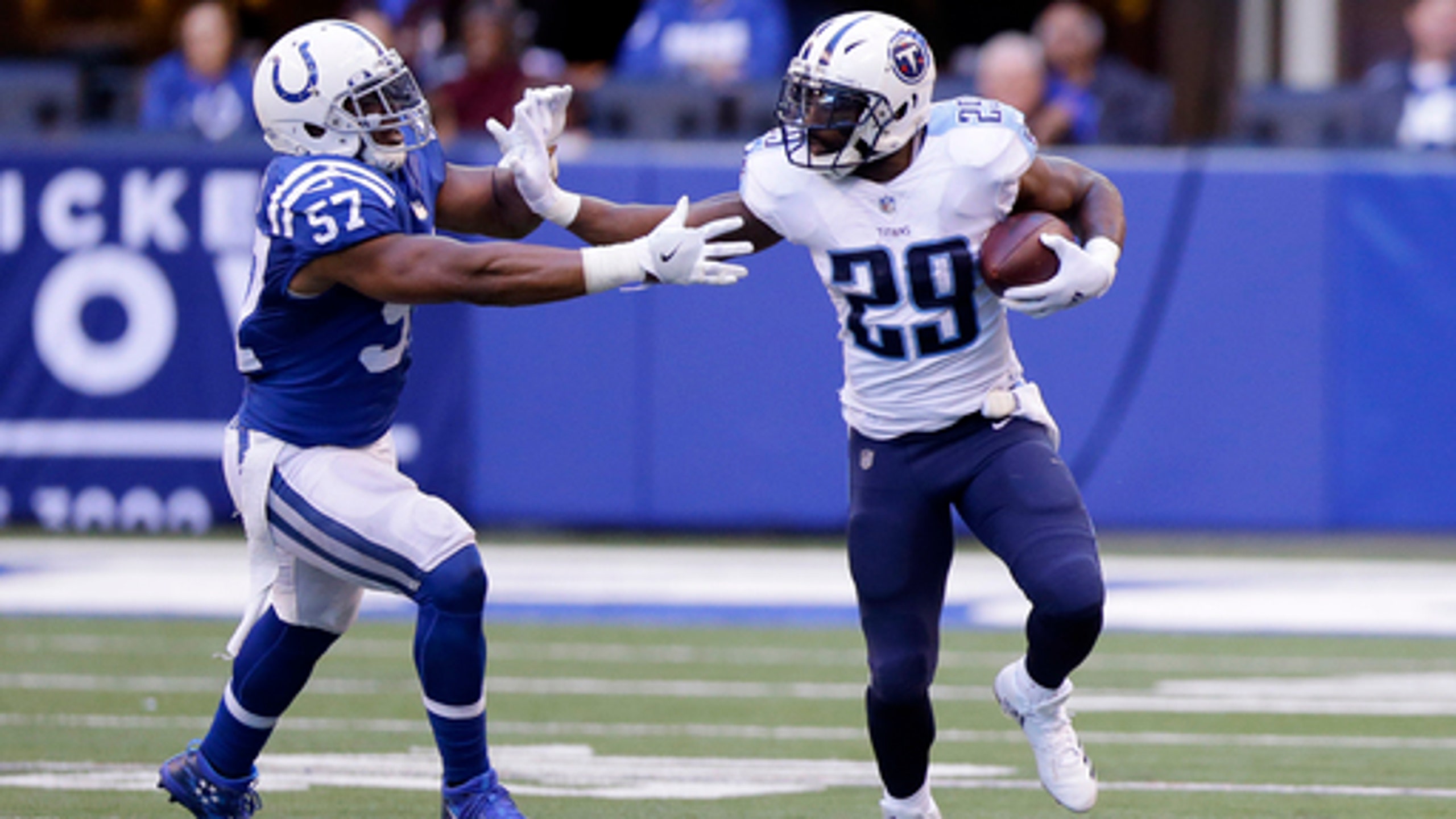 Titans coach not ruling DeMarco Murray out vs. Jaguars yet

NASHVILLE, Tenn. (AP) Tennessee fans wanting to see Derrick Henry start at running back instead of DeMarco Murray will get their chance to see what that looks like in the Titans' most important game of the season.

Coach Mike Mularkey isn't ruling Murray out of the Titans' regular-season finale against Jacksonville on Sunday. Mularkey said Tuesday that the veteran will be limited at best if an injured knee allows him to play at all.

The Titans (8-7) need a win Sunday, or losses by both Buffalo and the Chargers, to end a playoff drought stretching back to 2008 for this franchise if they can snap a three-game skid.

''These guys realize what's on the line right now,'' Mularkey said. ''Nobody has to tell anybody that this is our last chance. We've had a number of opportunities we've missed, we still have another one.

''There's a reason we have another one, because we've won enough games to be in this position. They realize what they have to do without putting any more pressure on themselves.''

The Titans still have a chance at the No. 5 seed in the AFC playoffs, though advancing likely means the No. 6 seed and a rematch with the AFC South champion Jaguars in the wild-card round. Mularkey said the Titans will plan on Jacksonville (10-5) trying to win and not rest anyone for the postseason.

''Coming off a loss, I'm sure they don't want to go into the playoffs with another one,'' Mularkey said. ''I would expect we're going to get the best from them knowing (Jaguars coach) Doug Marrone and Tom (Coughlin). I wouldn't think anything less than that.''

For now, Mularkey and the Titans are busy preparing a game plan knowing that an MRI confirmed what trainers expected after Murray hurt his right knee late in a 25-23 loss to the Los Angeles Rams.

Mularkey says he considers Murray day to day, basing his decision on how Murray has handled other injuries and quickly responded to treatment.

Mularkey says whether Murray plays will depend on pain. Murray led the AFC with 1,287 yards rushing with 16 starts last season despite tearing the plantar plate in his right foot during the season.

That leaves Henry, the 2015 Heisman Trophy winner, poised for the fourth start of his career. Henry leads the Titans in rushing with 693 yards on 148 carries.

Mularkey has said he considers both Murray and Henry as starters for Tennessee, but the running backs have opened a game together in the same backfield only in a loss at Arizona this season.

Henry is averaging 4.7 yards per carry, better than the 3.6 yards Murray is averaging on his 184 carries for 659 yards. But Murray has been much more valuable in the passing game, both in protection for Marcus Mariota and as a target.

Murray ranks fourth on the Titans with 39 catches and has 266 yards receiving with a touchdown. Henry has only 10 catches for 70 yards all season.

''Obviously all the experience and the time, what a difference a year makes for him,'' Mularkey said.

''He's much better than he was his rookie year. It's pretty overwhelming when you get into the protection schemes, especially when a defense goes substituted defense with nickels and dimes. It gets complicated, but he's definitely improved from his first year to this one.''

NOTES: Mularkey said CB Logan Ryan (ankle) has a chance to practice and play after missing a game with an injured ankle. ... Mularkey said he called the NFL on Sunday night about an onside kick the Titans recovered only to be forced to re-kick after officials apparently told the Rams the timeout would be full and the Titans expecting a shorter timeout. Mularkey said the league got back to him, but he didn't want to waste his time to hear answers that would only be more frustrating. Mularkey said: ''It was a mistake and I think they admitted that. Tough one to take.''