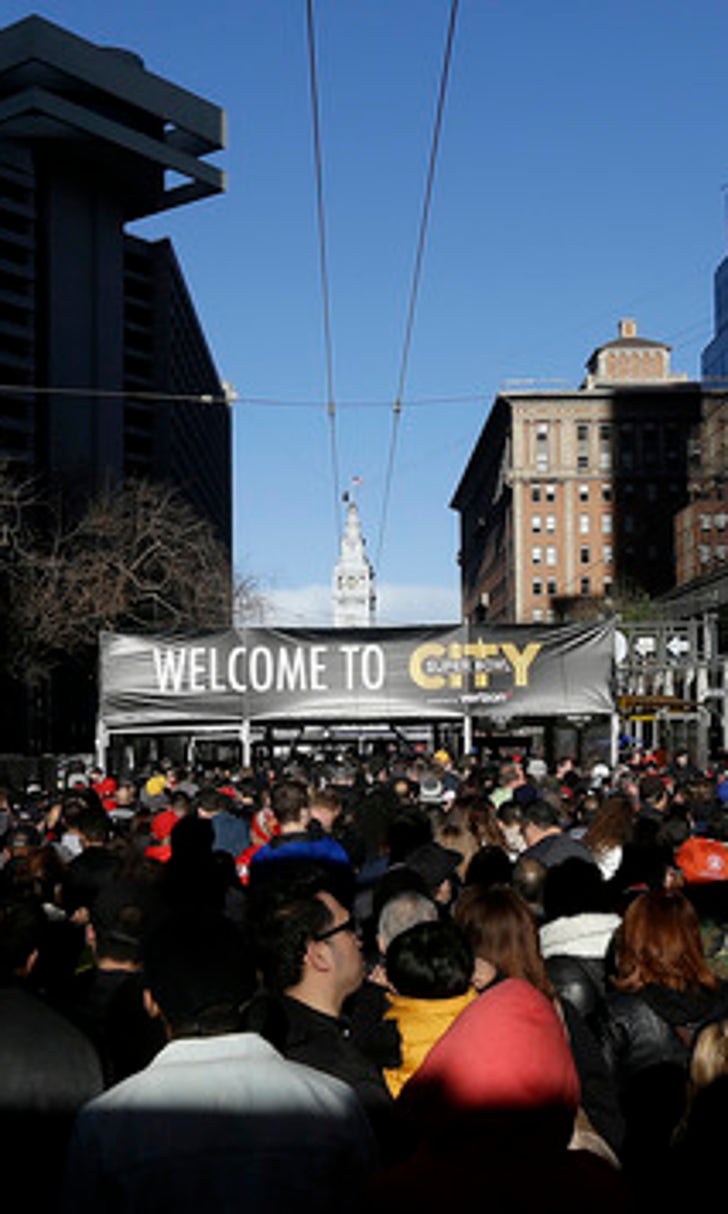 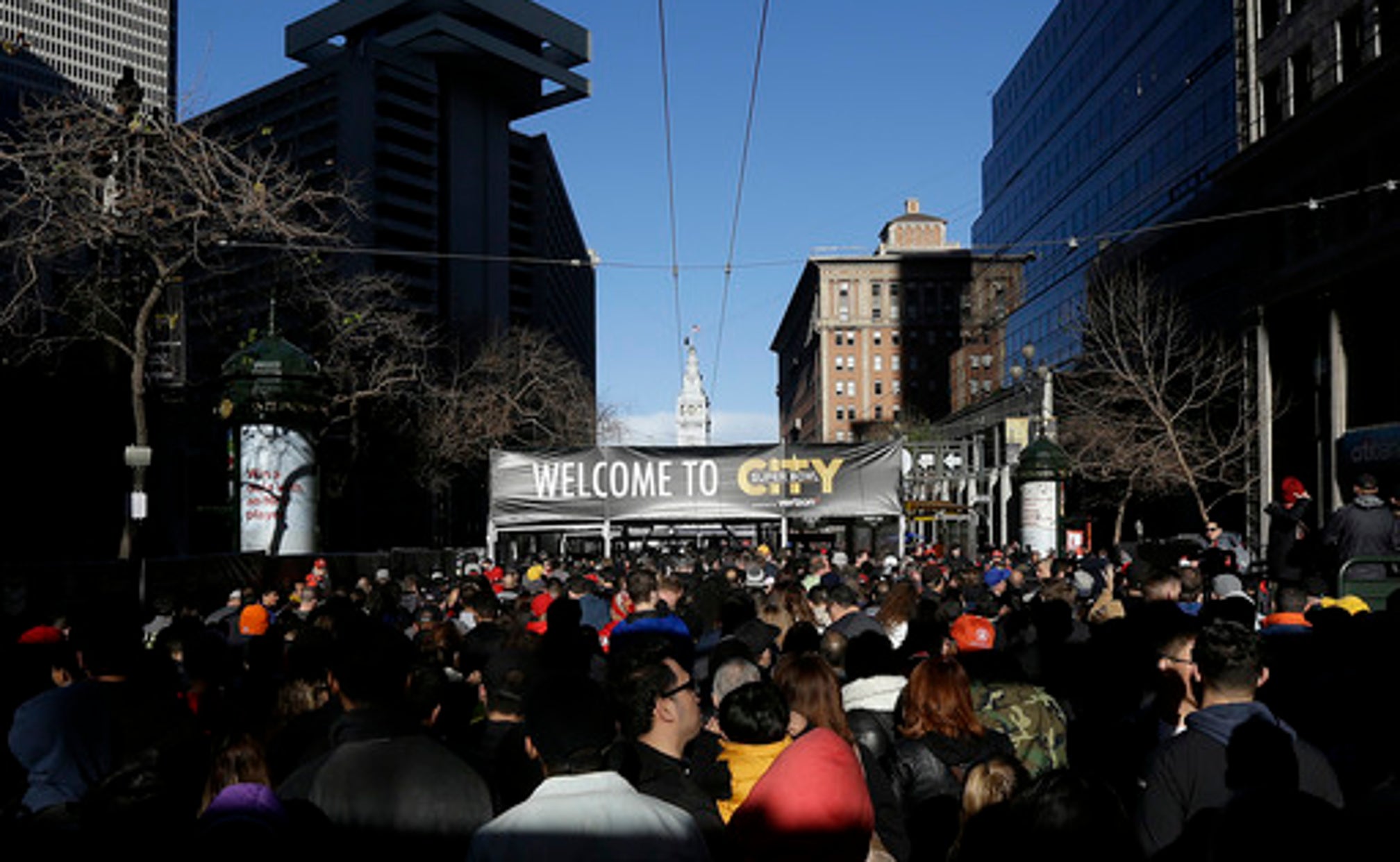 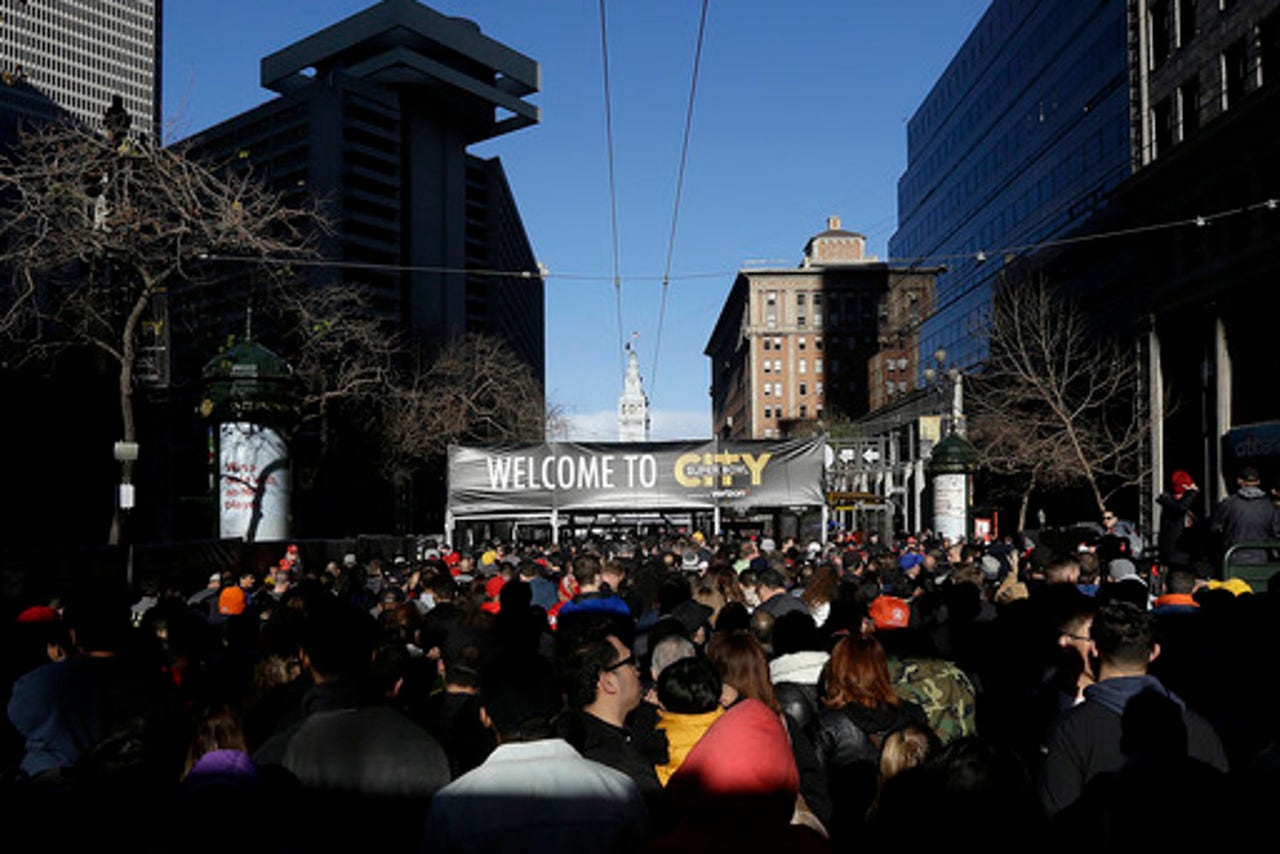 Miss Universe, also known as Pia Alonzo Wurtzbach of the Phillipines, is busy working for Inside Edition at Super Bowl 50. And Steve Harvey's mix-up of the winner happened too long ago for her to worry now.

Of course, the mistake only delayed her being crowned as the winner.

''Oh, I'm not thinking about that anymore,'' Miss Universe said. ''It's been over a month already, so we're here for the Super Bowl, and that's what we want to focus on right now.''

She was busy interviewing the Denver Broncos in the first team session of media day, but she had plenty of Broncos lining up waiting to not only answer her questions but make sure and get a photo with the reigning Miss Universe. For her part, Wurtzbach says being at media day has been great.

''Everybody's been so game to answer questions,'' she said. ''It's my first time, and I'm really having a lot of fun.''

Wurtzbach told another reporter she now knows this is the biggest game in America. She says she can't believe she hadn't been here before.

Peyton Manning can take his time to make a decision about retirement, while the Broncos will also try to lock up their quarterback of the near future.

''It's one that's going to change his life,'' general manager and vice president John Elway said Monday night. ''Whether it be this year, next year or the year after.''

''We're hoping to get something done with Brock this offseason,'' Elway said. ''... We needed both quarterbacks. We wouldn't be here without both of them.''

Broncos wide receiver Emmanuel Sanders was reminiscing about his last media day at the Super Bowl. He says this one was ''much cooler.''

Now a star for Denver, Sanders was a rookie at the game five years ago with Pittsburgh. That meant he was in the midst of the scrum of cameras and microphones and notepads rather than sitting at a podium.

Now, as a key member of the Broncos, he landed one of the 11 booths on Monday night.

No standing among the masses to answer questions this time.

At that Super Bowl in Dallas, which Pittsburgh lost to Green Bay, Sanders and Antonio Brown had not emerged as stars. They got their moment in the spotlight, they felt, during an interview with Deion Sanders.

''I still go back and watch that video and see how far we have come,'' Sanders said. ''It's surreal.''

He knows how he wants this Super Bowl to end: Sanders playing the role of Santonio Holmes and making the winning catch in the final minute.

''We were just watching that catch,'' he said, ''and I said one of us has got to make a catch like that. Hopefully it's me.''

Broncos quarterback Peyton Manning was quite succinct when asked whether he would retire following the Super Bowl.

Manning said Monday night: ''I haven't made my mind up and I don't see myself knowing that until after the season's over.''

Introductions at what's now billed as ''Super Bowl Opening Night'' are almost as involved as what goes down before an actual game.

Broncos players were introduced Monday night over 6 minutes, with a montage introduction on a large screen behind them. Players stepped from behind a curtain onto a platform made to look like the Golden Gate Bridge.

They were introduced to moderate cheers until quarterback Peyton Manning came out. He got a huge ovation as he drank from a cup and held a towel.

Getting into the NFL's media day is no easy task.

Reporters lined up and had their equipment checked by bomb-sniffing dogs as a band played drums outside on Monday night. Inside, a band played on a stage as fans settled into their seats and reporters got into position.

Broncos quarterback Peyton Manning, possibly playing the final game of his illustrious career, was a popular target as a crowd built an hour before the event started Monday at the SAP Center in San Jose.

The event has attracted Miss Universe - yes, the winner Steve Harvey called a runner-up at first - posing for photos and answering questions.

An Austrian TV reporter is the early leader for the most unique outfit. Phillip Hanszjan is dressed as a skier from helmet to suit to skis.

Now known as ''Super Bowl Opening Night,'' the free-for-all with the Carolina Panthers and Denver Broncos will last one hour with each team on Monday night.

Players and the head coach from each team will face hundreds of international journalists at SAP Center, along with the usual contingent of oddballs looking for a quick moment of fame.

The NFL moved the supersized press conference to Monday night from its usual Tuesday daytime slot to give more fans a chance to watch live on cable. The NFL Network and ESPN2 are expected to air live coverage.

The other big TV news event Monday night: the Iowa caucuses, where Democrats and Republicans running for presidents face voters for the first time after more than a year of campaigning.

Cowboys Drop The Ball Against Cardinals
A nightmare season for Dallas continued on Monday Night Football, as Arizona capitalized on multiple miscues for the win.
11 hours ago

Chiefs Get Back On Track
Kansas City ran wild over the Bills on Monday night, as an unexpected facet of the offense led to a decisive victory.
14 hours ago

The GOATS, the bad and the Jets
Charlotte Wilder recaps a wild NFL Sunday, including a battle of QB legends, a bevy of QB struggles and one hapless, winless team.
18 hours ago

Coach 'Em Up
The Titans, Bucs and Steelers are showing just how valuable elite coaching is to NFL success, Geoff Schwartz explains.
20 hours ago

Steeling the Spotlight
Pittsburgh is not-so-quietly making its case as the best team in the AFC, and so far, its defense has been the catalyst.
20 hours ago
those were the latest stories
Want to see more?
View All Stories
Fox Sports™ and © 2020 Fox Media LLC and Fox Sports Interactive Media, LLC. All rights reserved. Use of this website (including any and all parts and components) constitutes your acceptance of these Terms of Use and Updated Privacy Policy. Advertising Choices. Do Not Sell my Personal Info