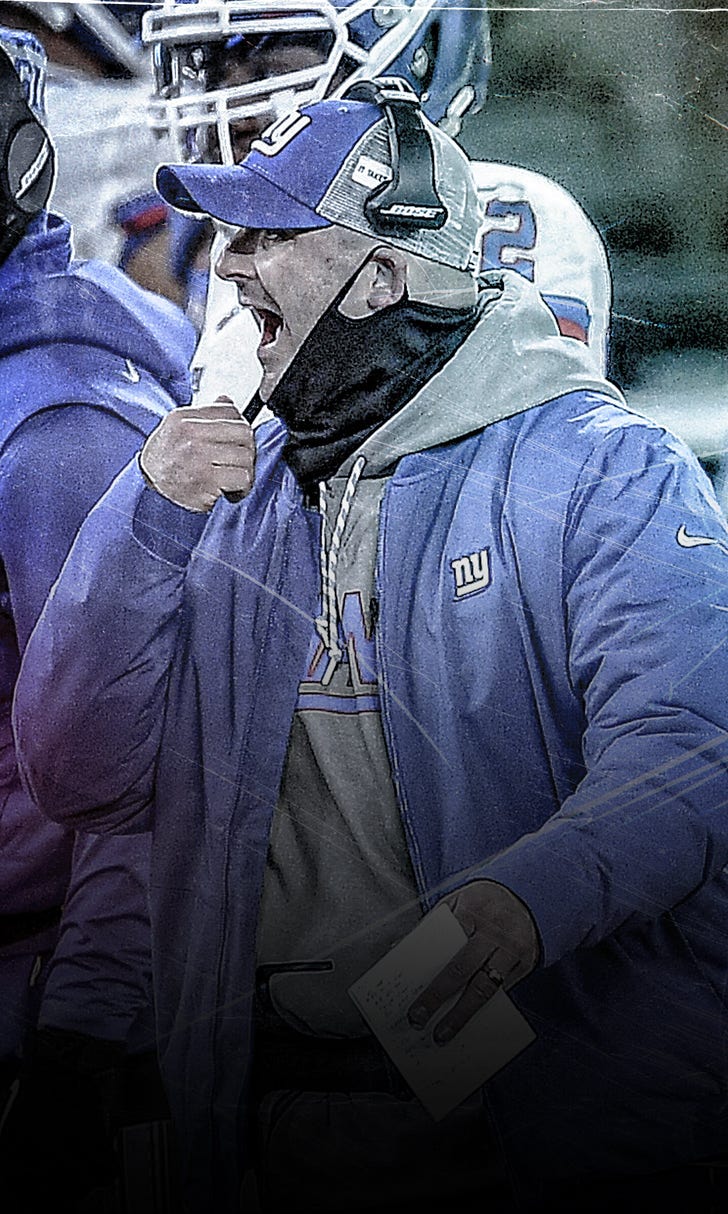 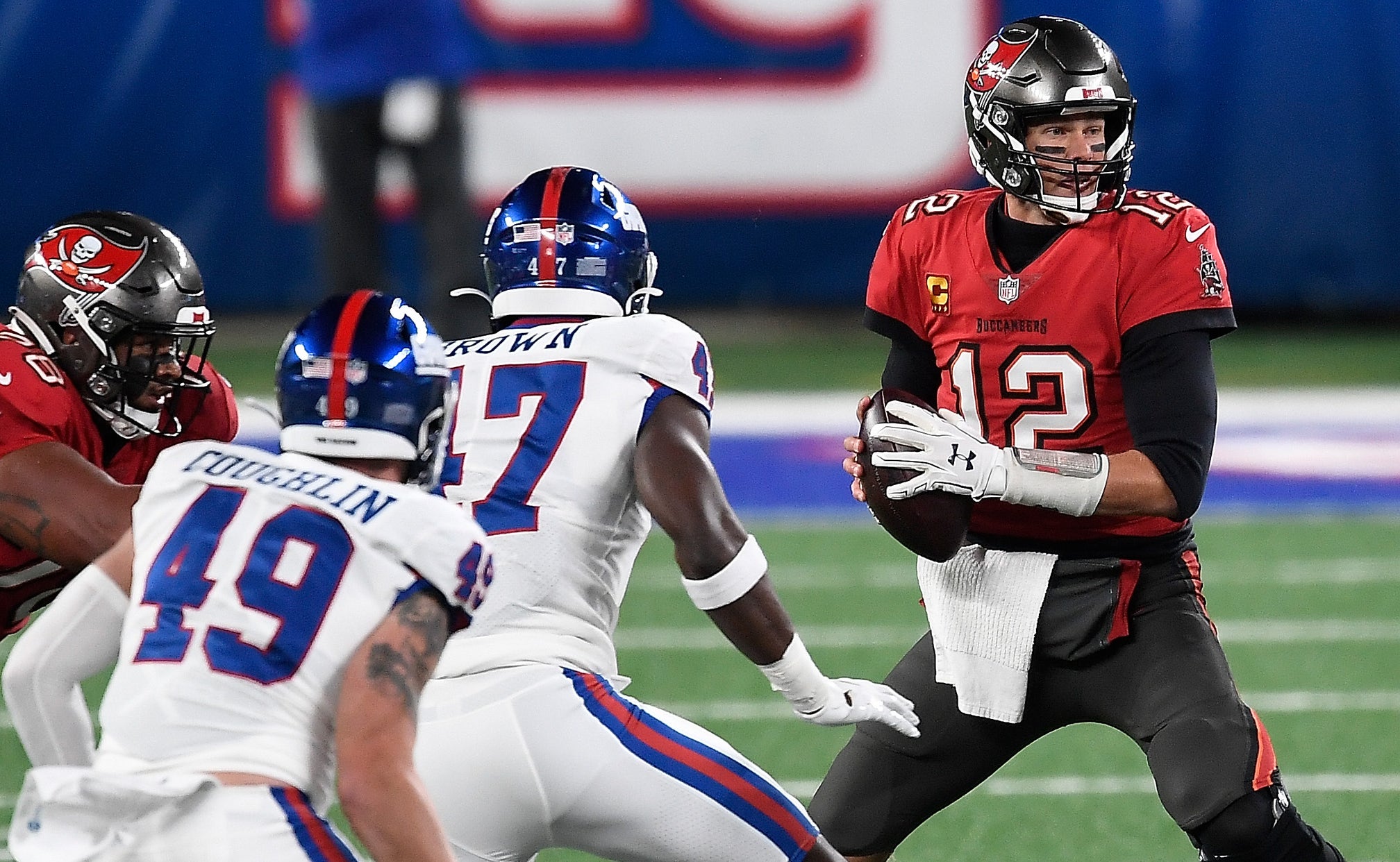 Well, that wasn't how Monday Night Football was expected to go.

'Close one' is indeed the key phrase when it comes to Tampa Bay's Week 8 victory over the New York Giants.

The Buccaneers (6-2) entered the night as heavy favorites against the Giants (1-7), a team that sits in last place in the worst division in football, the NFC East.

But shockingly, New York held a 17-15 lead heading into the fourth quarter – and that's where things got dicey.

Daniel Jones moved the Giants 70 yards down the field in 13 plays, hitting Golden Tate for a 19-yard score with 28 seconds left on the clock.

The Giants would need a two-point conversion to tie the game and potentially send it into overtime. And though they failed on the first attempt, it appeared they would get a second crack at it, when Antoine Winfield Jr. was called for defensive pass interference.

The back judge threw out his flag, signalling a pass interference call on Winfield. However, after a meeting of the referee minds, the flag was picked up, the call was reversed, and the Giants were forced to execute an onside kick in hopes of regaining possession.

The onside kick was recovered by Tampa Bay and the game was over.

After the contest, Giants coach Joe Judge, understandably, was as sour as can be.

"I thought [referee Nate Jones] made the right call when he threw the flag," said Judge. "I'm not sure why it got picked up. We had a pretty good view."

Jones also thought the correct call was made and was shocked that the flag was rescinded.

"I thought it was pass interference. I was surprised when they picked it up ... You don't see that often."

Of course, Bruce Arians and the Tampa Bay sideline agreed with the no-call.

"The ball hit Antoine in the back," said Arians. "To me, there was no pass interference. I thought it was a good call. I don't know why it took so long."

Per usual, Twitter lit up on Monday night when discussing the controversial call, and most believed the call should not have been reversed.

And on Tuesday, Shannon Sharpe and Skip Bayless weighed in on Undisputed, with Sharpe confident that the initial call was the correct call.

Bayless argued the opposite.

"This was an instance of a DB arriving simultaneously with the football ... Did he put his hands on the receiver? Absolutely not. He didn't touch him. Did he hinder the receiver's ability to catch the football? No – he beat him to the spot!"

Former NFL defensive lineman Marcus Spears said on ESPN's Get Up this morning that he, similar to Bayless, thought that the defender arrived at the same time as the ball.

"I thought it was the right call to pick the flag up. That's defense. You meet the ball at the point of contact. That's taught ... Antoine Winfield did that."

But in Nick Wright's estimation, whether the initial call was correct or not, once a referee throws a flag, they should stick with that call.

Officiating often affects professional sports contests, including wrong calls and non-calls. And who's to say that if the pass interference was held up that the Giants would have converted on a second attempt at two points?

Still, New York and its fans will never know. And that's a hard pill – or in this instance, flag – to swallow.

The NFC East's Pain Is Your Gain
As he makes his Week 13 picks, Geoff Schwartz offers up a tasty wager against every single team in the "NFC Least."
1 hour ago

Steelers Overcome Ravens, Stay Perfect
After a wacky start, the Steelers continued their undefeated run in 2020 with a win over the AFC North rival Ravens.
21 hours ago