The Houston Texans now own the AFC South, and they have a message for the rest of the NFL:

Last week's debacle against New England was not the real Texans.

The real Texans, they claim, clinched the division for the second straight year with a 29-17 victory over Indianapolis.

''A lot of people were wondering how we were going to respond,'' Andre Johnson said. ''I think a lot of people doubted us after what happened last week. We (felt) like we had to show people what we were really about.''

They believe they did so against the Colts, a team that dominated the division for years before Houston's recent rise.

But Sunday's celebrations were more subdued than last year's. This time the Texans expected to win the division, and have much bigger goals ahead.

''It's awesome,'' J.J. Watt said. ''But there's a lot more fun ahead, so I hope everybody is not celebrating too early.''

The Texans (12-2) grabbed their first AFC South title last season after the Colts nosedived without injured quarterback Peyton Manning. Manning is gone to Denver and rookie Andrew Luck couldn't do much against the inspired Houston defense.

The Colts (9-5) had won three straight games and needed a win to clinch a playoff berth a year after going 2-14 in 2011. Before that, they took the division seven times since Houston entered the league in 2002.

Thanks in great part to three sacks from Watt, Houston bounced back six days after the 42-14 loss to New England on national television. The Texans will have home-field advantage throughout the AFC playoffs if they win out.

Luck threw for 186 yards with two touchdowns in the return to his hometown. He had led the Colts to a rookie-record six wins on drives in the fourth quarter or overtime this season, and he got the Colts within six points late in the third quarter.

''We came here to win, not put up a respectable showing,'' Luck said. ''We'll move on to next week and hopefully get better.''

Houston's defense shut Luck down after he made it close, and the Texans used Arian Foster to eat up the clock. Foster ran for a season-high 165 yards to leave him with 1,313 yards rushing, giving him his third straight year with at least 1,200.

''It's not really that we bounced back,'' Foster said. ''It's that we played the football that we know we're capable of playing. We feel we're a team that if we play how we know we can ... it's going to be hard for us to get beat.''

Watt increased his AFC-leading sack total to 19 1/2 - the NFL record for a season is 22 1/2 - and finished with 10 tackles. He also forced a fumble for the third straight game.

''I don't even know the stats,'' Houston coach Gary Kubiak said. ''But it seemed like every time I looked up, he was making a play.''

Johnson, who has 11,008 yards receiving in his career, scored on a 3-yard reception to make it 10-0 in the first quarter. The Texans didn't score a touchdown on offense after that, but were helped by Braman's special teams effort.

Braman blocked his second punt of the season, recovered it and returned it 8 yards for his first career touchdown to make it 20-3 just before halftime.

Vick Ballard had 60 yards rushing on a Colts drive that ended with an 8-yard touchdown reception by Dwayne Allen to cut Houston's lead to 23-17 in the third quarter. Ballard finished with a career-high 105 yards rushing.

Houston couldn't do anything on its next drive and punted. But Indy sputtered, and interim coach Bruce Arians even drew an unsportsmanlike conduct penalty on a punt, giving Houston the ball at the Colts 39.

Graham added a 46-yard field goal to push the lead to 26-17 and made his fifth field goal with about a minute left.

Watt's forced fumble on Mewelde Moore on the Houston 1 was recovered by Tim Dobbins early in the second quarter, robbing the Colts of points. And the Colts stalled inside the red zone again and had to settle for Adam Vinatieri's 26-yard field goal to cut Houston's lead to 10-3.

The Texans had set the tone as they got to Luck early, sacking him twice on the Colts' second drive. Antonio Smith got to him first, and Watt put a move on backup tackle Jeff Linkenbach and took him down for a 15-yard loss.

On offense, Johnson was dominant. He put Houston up 10-0 when he waltzed into the end zone for a 3-yard touchdown reception. Johnson kept things going earlier in the drive when he caught a pass, lost it and then grabbed it again just before it touched the ground for a 10-yard gain on third-and-9. 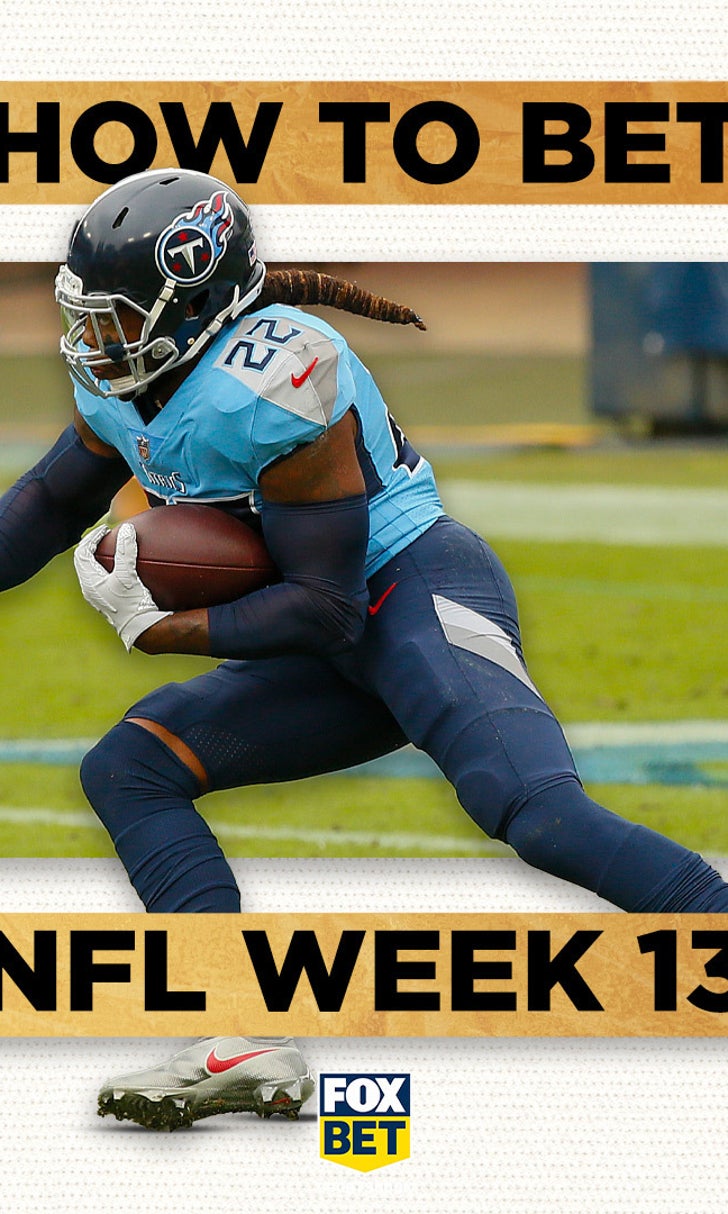 Clash Of The Titans
Two smashmouth 8-3 AFC teams collide in Week 13. Jason McIntyre breaks down his best bets on that game and much more.
4 mins ago

The NFL’s Most Fascinating Team
The New York Giants have put themselves in position for a playoff spot by accepting their shortcomings and working around them.
4 hours ago

Colin Cowherd's Blazin' 5: Week 13
Colin Cowherd is back with his favorite five picks against the spread ahead of Week 13.
5 hours ago

Burrow's Road To Return
What did Joe Burrow's surgery entail? What will rehab look like? Dr. Matt Provencher answers those injury questions and more.
9 hours ago