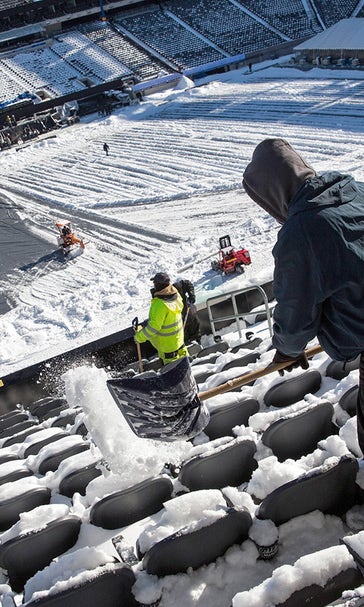 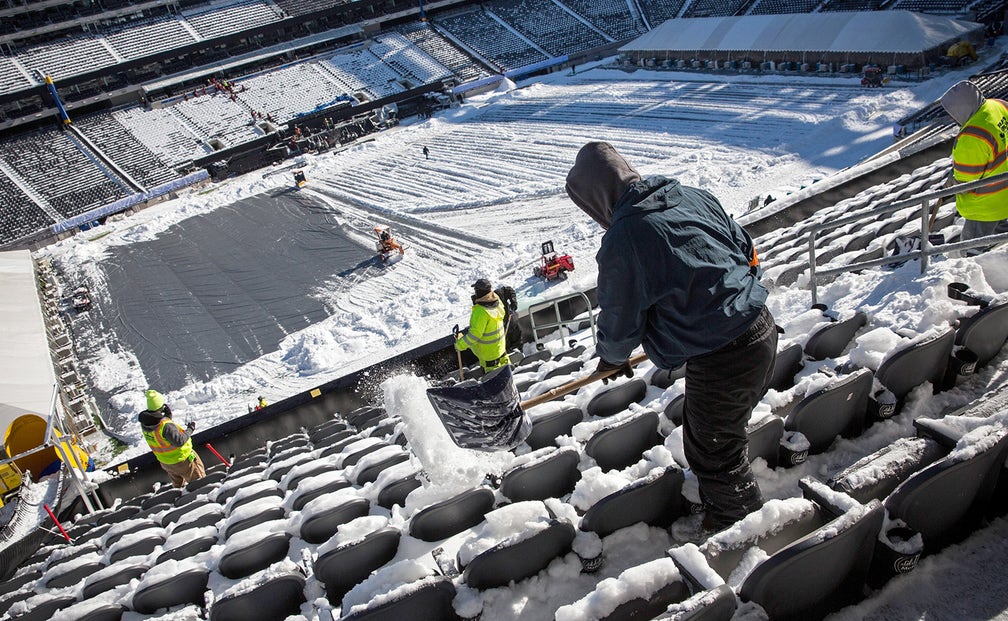 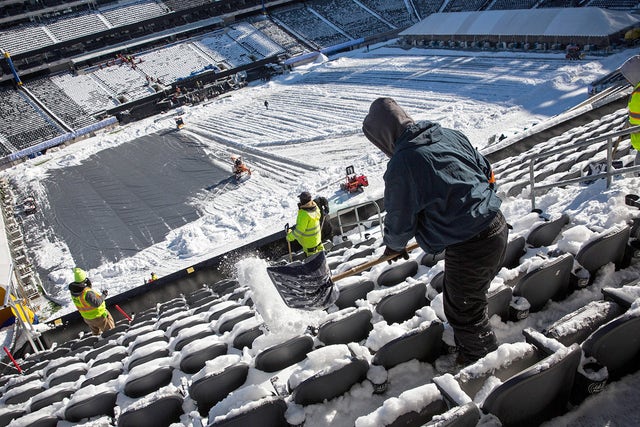 This cold-weather Super Bowl may not be such a hot ticket, after all.

Prices on the secondary market are falling faster than the snow in the New York-New Jersey area has this week.

At the time of this article, fans could get a pair of seats to the game for $1,595 each on StubHub with many of the cheapest seats in the $1,700 range. On SeatGeek.com, the cost is slightly higher, with the asking prices starting at $1,600 per ticket.

This is a steady decline from what prices were prior to last Sunday's AFC and NFC championship games. A cursory look by this writer last Sunday showed the cheapest tickets -- before the Broncos and Seahawks had locked up wins -- in the range of $2,500 per ticket.

Furthermore, the cheapest ticket was $2,700 the day after the conference championship games ended, so prices are falling fast.

Darren Rovell also tried to shine light on the situation with this tweet.

Currently, Accuweather.com has a projected high of 36 degrees with a chance of snow showers for Feb. 2. The focus on weather, travel and possible postponement may all be contributing to the drop in prices.

And it’s not just the tickets. According to Neil Best of Newsday, hotel rooms in New York City are collecting dust:

“Without a doubt, as much as everyone thought going out years in advance in purchasing blocks of hotel rooms, there is actually tons of space,’’ said Robert Tuchman, president of Goviva, which arranges packages for companies and individuals around big events. He has worked every Super Bowl since 1997.

“I’ve never seen a Super Bowl in 18 years with this type of vacancy in advance . . . There is plenty of space, and I’m not even talking about having to go into New Jersey, Westchester or Long Island.’’

Even Rams punter Johnny Hekker, who has four Super Bowl tickets, is trying to find buyers for his tickets on Twitter.

Mosley Opts Out of 2020 Season
Linebacker and 4-time Pro Bowler CJ Mosley has opted out of the 2020 season, dealing another blow to the Jets' defense.
1 day ago

Antonio Brown Suspended
The free agent wide receiver has been punished for violating the NFL's Personal Conduct Policy.
2 days ago

On This Day: Dak Prescott Turns 27
The Dallas Cowboys signal-caller has led the franchise to two NFC East titles and two playoff berths in his four seasons.
4 days ago
those were the latest stories
Want to see more?
View All Stories
Fox Sports™ and © 2020 Fox Media LLC and Fox Sports Interactive Media, LLC. All rights reserved. Use of this website (including any and all parts and components) constitutes your acceptance of these Terms of Use and Updated Privacy Policy . Advertising Choices . Do Not Sell my Personal Info