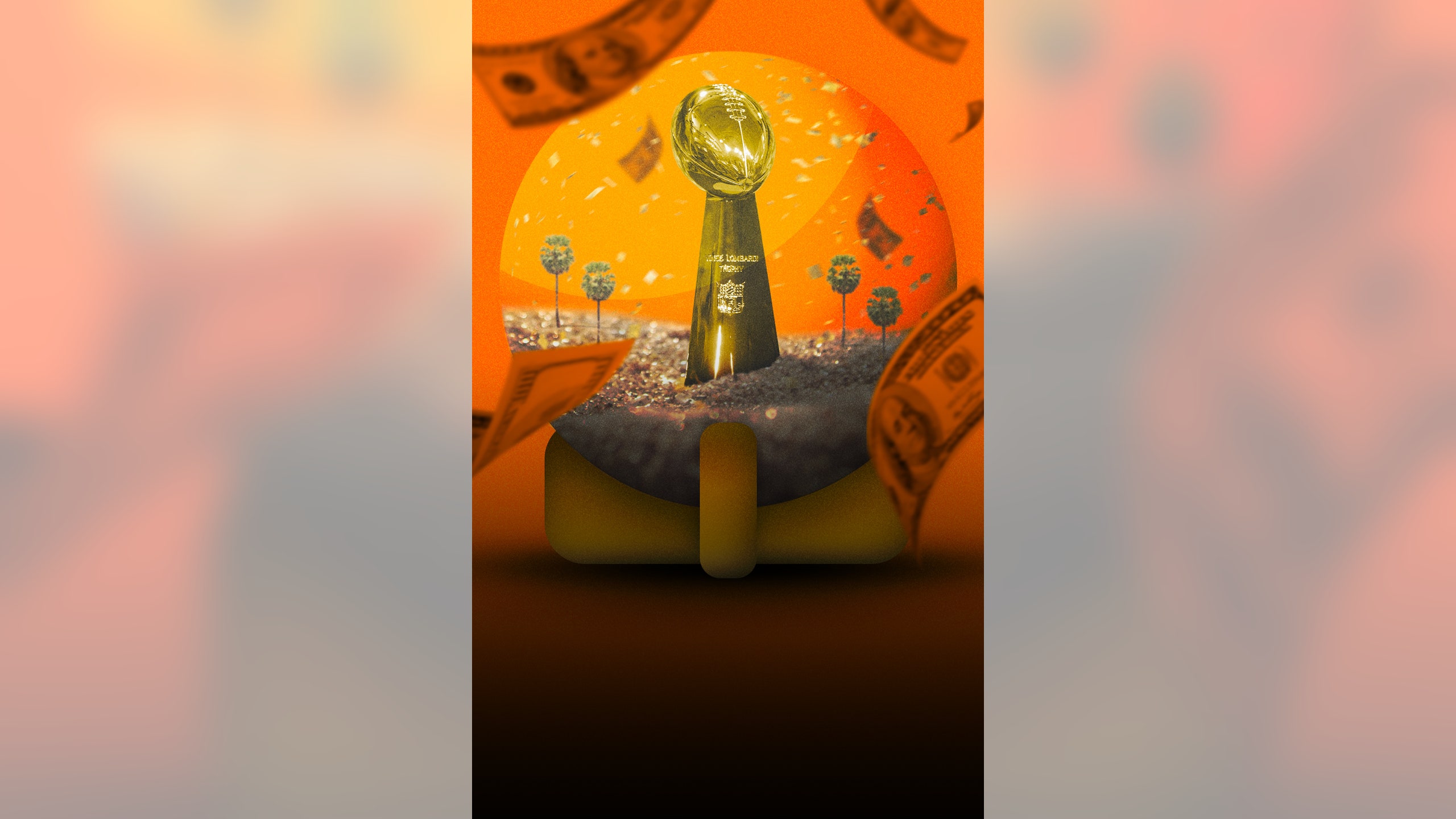 With Super Bowl LV complete and Tampa Bay having taken it to Kansas City, it’s time to look at the futures odds for Super Bowl LVI.

For now, I’m going to ignore the Bucs (+1000) and Chiefs (+550). For K.C., after their mettle was tested on Sunday, it will serve as a bounce-back year. For the Bucs, they will have some potentially large losses in free agency (Chris Godwin? Shaq Barrett? Lavonte David?) and a 44-year-old QB.

Before diving into the teams I’m targeting, I want to mention two things I look for when handicapping Super Bowl futures.

First is the rookie coach "bump." In each of the past five seasons, a first-time head coach has taken a team to the playoffs:

The two candidates who jump out next season are Brandon Staley with the Los Angeles Chargers, and Arthur Smith with the Atlanta Falcons. The Chargers were better than a seven-win team in 2020, but Anthony Lynn cost them at least three victories. In fact, they went 4-7 in one-score games. Remove the 45-0 embarrassment at the hands of the Patriots — in which New England had just 291 yards of total offense — and L.A. was +3 in point differential for the season.

The Falcons were 2-8 in one-score games last season, and they’ll get an in-division bump from the New Orleans Saints' coming back to the pack with Drew Brees' likely retirement.

The second thing I look for in the futures market is point differential. For instance, the Pittsburgh Steelers went 8-8 and had a -14 point differential in 2019. A bounce-back was coming, and Ben Roethlisberger’s return from injury was enormous. They ended 2020 with a thud, but for a while, the Steelers looked like Super Bowl contenders.

Also in 2019, the Colts were 7-9 but just -12 in point differential — good team, some tough luck. They upgraded the QB position, and presto, they won 11 games and made the playoffs. The same season, the Houston Texans went 10-6 but had a -7 point differential. We projected a catastrophic drop, and it happened.

That brings me to Tampa Bay, which went 7-9 but had a +9 point differential, making it the only team in the NFL with such a mark. Tom Brady replaced Jameis Winston. The Bucs got to the Super Bowl and won it.

Let’s dive into the Super Bowl LVI futures (with odds via FOX Bet):

We covered the Rams at length after the Matt Stafford trade. Long story short: I love L.A. to win the NFC, which makes 13-to-1 incredible value to lift the Lombardi Trophy.

Despite having three QBs attempt more than 100 passes this season and losing more high-impact players to injury than any other team in the NFL in 2020, the San Francisco 49ers went 6-10. A six-win team with a point differential of -14 is a bat signal for 2021 playoff aspirations. The 49ers were the highest-rated DVOA team to miss the playoffs (11th), finishing ahead of Tennessee (14), Chicago (15), Washington (16) and Cleveland (18), all of which played in January. QB is the question here. The 49ers are 24-10 with Jimmy Garoppolo under center and 7-25 without him since 2017.

Can they get DeShaun Watson? If the 49ers pair Watson with Kyle Shanahan, they become the team to beat in the NFC, and you’ve got a great ticket in your pocket before the market adjusts significantly.

Do you view the Steelers as closer to the 11-0 outfit that started the season undefeated or the team that cratered to end the season, losing five of six, including an embarrassing home playoff defeat to Cleveland? Roethlisberger turns 39 in March, and he was terrible in the final six games, throwing nine interceptions. Now he gets a new offensive coordinator. This offensive line is old. The Steelers are in a challenging division, but you could play the "it was Ben’s first year back from elbow surgery" card and think the defense has one more.

Last season, this space projected the Colts as a playoff team, and they delivered, going 11-5 and nearly beating the Bills in the first round of the playoffs. They might make a further leap next season — albeit against a first-place schedule — but they’ll have to replace retired QB Philip Rivers. Great coaching, great in the trenches, quality young talent at important positions … but the wrong QB might have you tearing up this ticket in September. I’m not a huge Carson Wentz believer, even given his history with Frank Reich in Philadelphia. Watson or even Marcus Mariota makes the Colts a fascinating team.

As is the case with most teams on this list, QB is the question. Is Tua Tagovailoa the guy? He has started only nine NFL games, but he was nowhere near as good as a rookie as Joe Burrow or Justin Herbert. Does the pressure get to Tua? At least next season he won’t be looking over his shoulder, with Ryan Fitzpatrick looking to start somewhere (Indy?). The AFC East figures to get much more difficult with the Bills ascending, the Patriots lurking and the Jets bringing in a real coach. Tagovailoa has a new offensive coordinator, and let’s see how this team spends its two first-round picks.

My love for the Arizona Cardinals last season was well known in this space, but the season unraveled, as Kliff Kingsbury struggled in the second half of the season and Kyler Murray wasn’t 100 percent. Despite going 8-8 and missing the playoffs in Week 17, when forced to go with a backup QB making his first NFL start, the Cardinals had a +43 point differential, better than that of three playoff teams. Arizona’s best defensive player, Chandler Jones, started only five games. A lot of teams on this list need to make a major move to make a Super Bowl run. That isn't the case with Arizona, which is a couple small moves away from greatness — albeit in a very difficult division.

This is not a resounding vote of confidence for Arthur Smith, whom I’m not so sure about as a rookie head coach. But it’s staggering that the Falcons went 4-12 and had a point differential of only -18. They went 0-4 in their first four one-score games and never rebounded. Between Dan Quinn and Raheen Morris, they finished 2-8 in one-score games. Historically, results in one-score games don’t carry over; in fact, they often flip. If the Falcons can figure out the defensive line and get improved play from their young cornerbacks, this is a sneaky 11-win team.

Keeping in mind that the Patriots had more COVID opt-outs than any other team in the NFL, and Bill Belichick still found a way to go 7-9. The Patriots threw only 12 touchdown passes in 2020, and two were by receiver Jakobi Meyers. If Belichick is able to snag Garoppolo, Mariota or Watson, these odds will be halved — maybe more. Take the flier now while you can.

'I have no desire to hurt you'
Fresh off a Super Bowl title, Ndamukong Suh stopped by "Club Shay Shay" to set the record straight on his style of play.
2 hours ago

A Look Into The Future Of Sports
As medical science progresses, we could soon view athletes playing into their mid-40s as the norm. Martin Rogers has the story.
18 hours ago

Mayfield Or The Field?
Colin Cowherd played another fun game this week called 'Baker Mayfield or the Field.'
22 hours ago
those were the latest stories
Want to see more?
View All Stories
Fox Sports™ and © 2021 Fox Media LLC and Fox Sports Interactive Media, LLC. All rights reserved. Use of this website (including any and all parts and components) constitutes your acceptance of these Terms of Use and Updated Privacy Policy. Advertising Choices. Do Not Sell my Personal Info