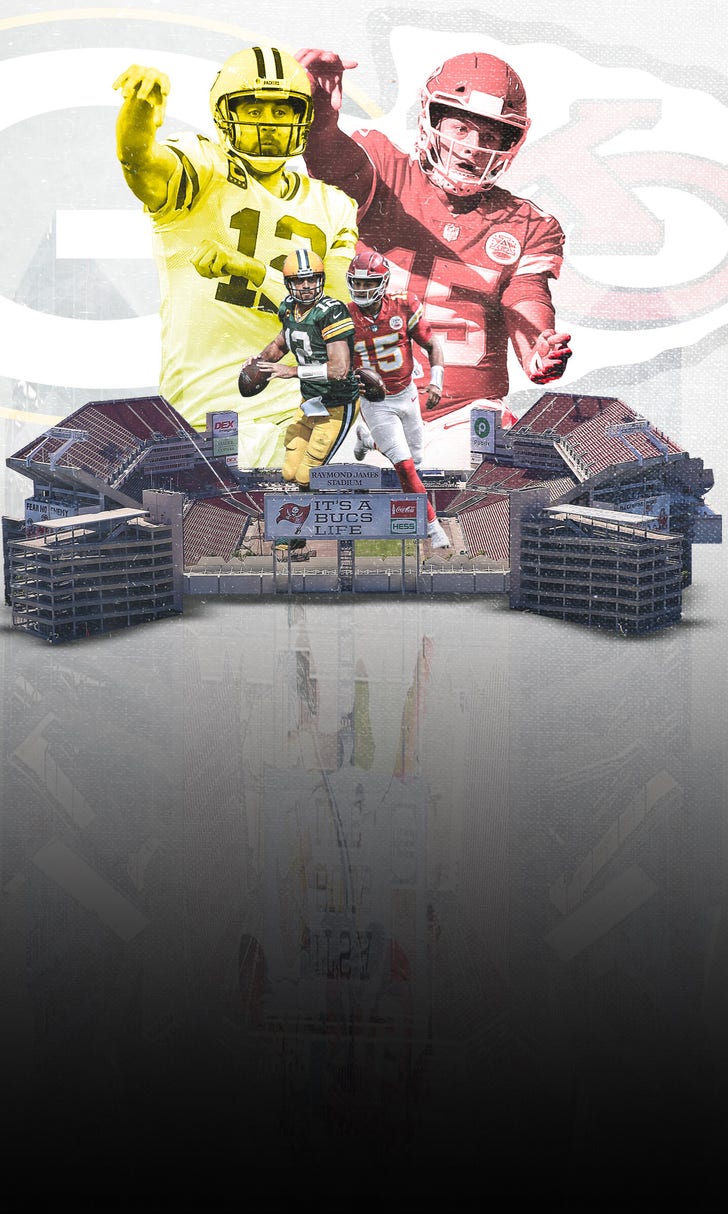 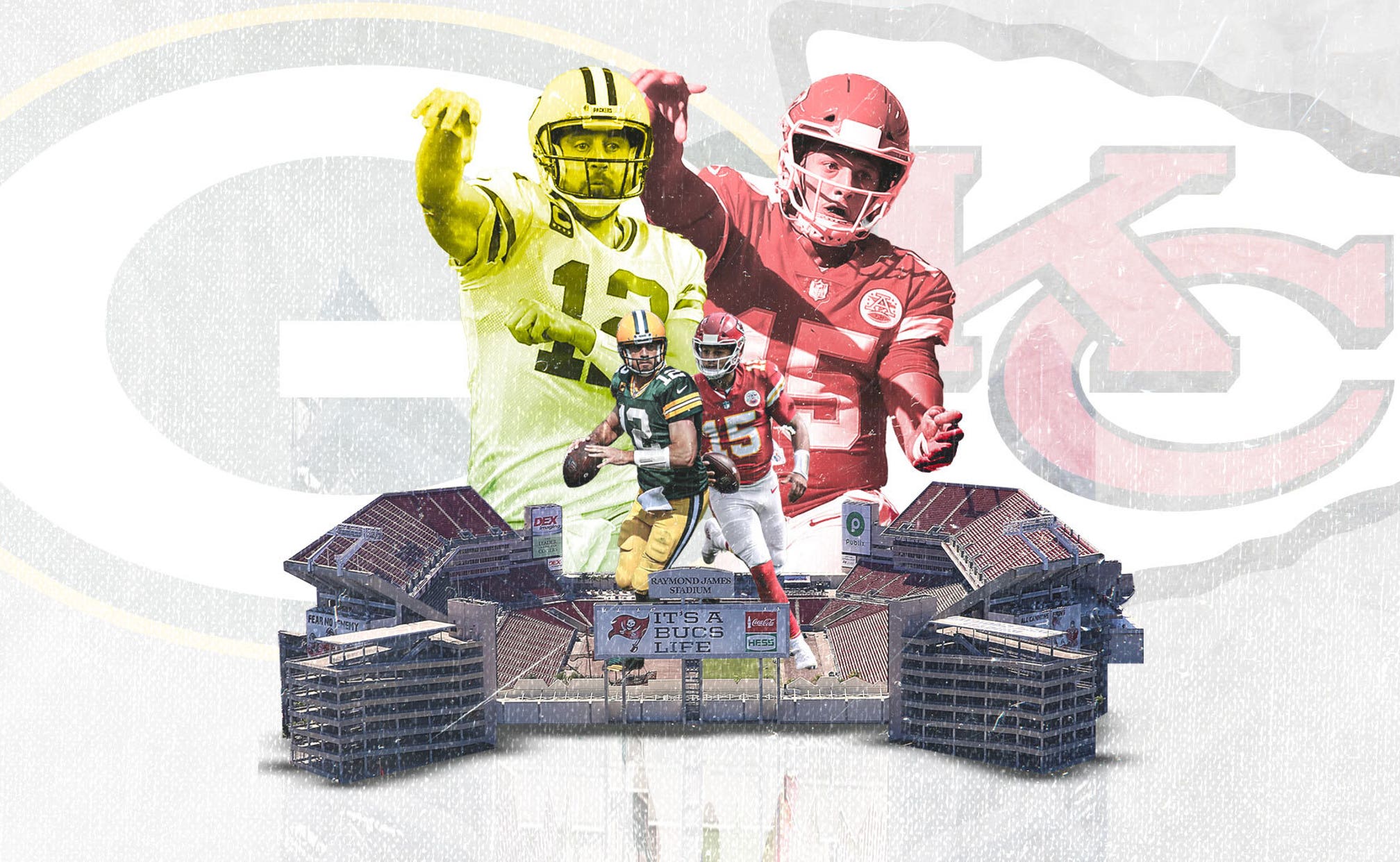 With two weeks left in the NFL regular season and teams vying for playoff seeds, I’m vying to get some value on Super Bowl futures.

Also, there are three wagers I like this weekend, including one surprise, with all odds via FOX Bet.

BACK TO THE FUTURES

The Chiefs are clearly the favorite to win the AFC, sitting at -150 to head back to the Super Bowl — and I’d lay this money now on them.

They're about to clinch the single first-round bye and home-field advantage in the AFC, meaning they will need just two wins to make it to Tampa. Even on their worst day, the Chiefs score points. Look at last weekend. By all measures, the Saints defense played outstanding, and the Chiefs still scored 32 points.

Your offense has to outscore the Chiefs. That is how you beat them. You can't hope to eke out a defense-first win. And while I do like Kansas City, I think there’s value on one AFC team to get that done.

The Baltimore Ravens aren’t even in the playoffs at the moment — and without the expansion of playoffs, they’d be totally out. But, they are eying that seventh seed with two wins to end the regular season, and Baltimore has averaged more than 40 points in its last three games.

The Ravens appear to have stabilized their offensive line, and Lamar Jackson is starting to use his legs again to create havoc, averaging 84.3 rushing yards per game over their last three. With the rushing game has come an increase in the play-action pass efficiency, where the Ravens are averaging 9.2 yards per attempt over the last three weeks.

They feel like the Titans from last season, hitting their stride at the same time – and FOX Bet agrees with me, setting their chances to win the AFC at +900, the third-best in the conference! I’d snatch up that value now before it lowers.

In the NFC, there’s one team I like to compete against the Chiefs in the Super Bowl. The Green Bay Packers are +600 to win the whole thing, and there’s a path to making that happen.

First, they clinch the one seed, and everyone in the NFC must come through Lambeau to make it to Tampa. I do not trust the Saints or Rams or whoever else to make that happen.

Meanwhile, the Packers can score. And as we've discussed, that’s how you beat the Chiefs. You have to score. Nonstop. Every single time you can. And the Packers have proven they can do it. Plus, they have Aaron Rodgers, who plays well in big-time, prime-time games. He’d thrive in the Super Bowl.

Although I wouldn't look at a Super Bowl wager on them, there's even better value to win the NFC at this moment on the Los Angeles Rams, after they got embarrassed this weekend at home against the Jets. They are +600 to head to Tampa Bay to face the AFC champion.

I like the Rams for two reasons. The first is the defense. They are elite — excellent at rushing the passer and first in the NFL at defending the deep pass.

The second, and this is sometimes an issue, is Jared Goff. When the Rams QB and the offense are on, they are so tough to stop. The issue for them is they aren’t always on.

However, I think there’s value in wagering that they could be on when the time comes. They’ve tended to play better in big games this season, while playing down to opponents otherwise. In the playoffs there’s no playing down to anyone.

Now, let's check out three picks for this weekend.

J-E-T-S, Jets Jets Jets! The Jets finally got their first win of the season this past weekend in Los Angeles as a 17-point underdog — the biggest upset in the last 25 years. While a win like that will increase their confidence and take off the weight of trying to avoid a 0-16 season, that is not why I’m wagering on the Jets here.

The Browns are in the worst spot of any team this weekend. Not only are road favorites of more than a touchdown 9-18 against the spread, but this is the biggest look-ahead spot of the season.

With the Steelers' continued struggles, the Browns might have a chance to win the division for the first time since 1989 in Week 17, at home, most likely on Sunday Night Football. The Browns just need get by the Jets this weekend, while the Steelers lose to the Colts.

Cleveland is the only team in the NFL that has not started a player over 30 years of age, however. They are a young group, and this is an emotional spot they haven’t found themselves in before.

The city, the fans, and the media are already buzzing about that Week 17 game. The Jets game is an afterthought. It should be an easy win for Cleveland. It’s the Jets.

Well, the Jets have covered four of their last six and three of their last four at home. They aren’t good, but they're doing enough to cover games. I believe they will do so again this weekend.

This is a no-brainer for me. The Rams lost in embarrassing fashion to the Jets on Sunday. Now, they get a chance for redemption against a division rival they’ve owned for three years.

The Rams aren’t a bad team, they just had a bad Sunday. More importantly, they’ve had a pattern this season of bouncing back with a big win after a home loss in which they played down to their opponent.

Sean McVay's team has turned in lackluster games against the Giants, 49ers, Bears and now the Jets. But subsequently on the road, we’ve gotten the best of the Rams. They beat Tampa Bay and Arizona, smashed Washington, and had an epic comeback that just fell short against the Bills.

After their four losses this season, they’ve won their next game with a point differential of +39, +10 in sack ratio and +4 in turnovers. They are in a perfect spot to back them.

The Rams defense is elite and has the right formula to shut down Russell Wilson, who played his worst game of the season against the Rams. (Wilson is only 1-3 in his career against the top-ranked pass defense in any given year.)

On top of that, the Rams have the NFL's best deep passing defense, which is how Seattle generates an explosive offense. The Rams are also second in sacks, while the Seahawks are 27th in sacks allowed. Add Wilson playing more conservative lately to limit mistakes, and I believe the Seahawks will have trouble scoring.

There’s some cause for concern with the Rams offense against the Seahawks defense, which has played better lately, having not allowed 20 points in the last month. But we should examine who they have played. Carson Wentz, Colt McCoy, Sam Darnold and Dwayne Haskins. Possibly the four worst starting quarterbacks in the NFL.

Jared Goff is no Patrick Mahomes, but he’s clearly capable of leading this offense to points. I think the Rams win this game outright.

[Ed. note: The pick below was made earlier in the week.]
Arizona Cardinals (-5) vs. San Francisco 49ers

San Francisco is dead in the water right now. The Niners are so beat-up at quarterback they had to claim Josh Rosen off the Bucs practice squad to possibly play this weekend in Arizona. The Niners have lost three in a row, none of those games being particularity close.

While the 49ers are struggling, the Cardinals are finally starting to regain their form that led them to a 5-2 record through seven weeks. Kyler Murray is clearly healthy now and is using his legs to create big plays.

Murray has thrown 22 percent of his passes on the run the last two weekends, leading to 11.4 yards per attempt. To go along with that, the Cardinals have used play-action for more than 40 percent of Murray’s pass attempts; he has completed 24 of out the 30 attempts for 363 yards. The offense appears to be clicking again.

The 49ers are so banged-up on offense, I don’t see how they protect CJ Beathard well enough to move the ball. Since Week 11, the Cardinals lead the NFL in sacks. And just for good measure, the 49ers are turnover-prone, giving the ball away 29 times this season. Everything is going against San Francisco in a must-win for the Cardinals. Give me the red birds.

Top Plays: Divisional Sunday
The NFL playoffs featured a game-changing turnover for the second straight day. We broke down the big moments.
21 hours ago
those were the latest stories
Want to see more?
View All Stories
Fox Sports™ and © 2021 Fox Media LLC and Fox Sports Interactive Media, LLC. All rights reserved. Use of this website (including any and all parts and components) constitutes your acceptance of these Terms of Use and Updated Privacy Policy. Advertising Choices. Do Not Sell my Personal Info