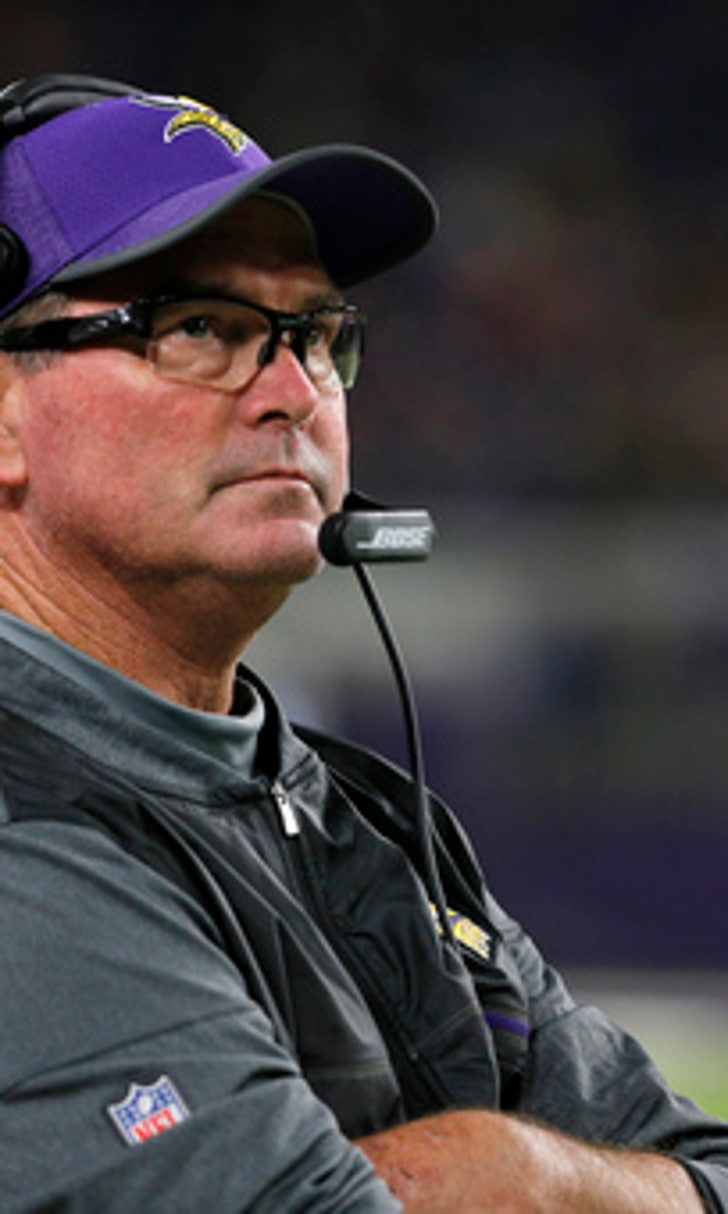 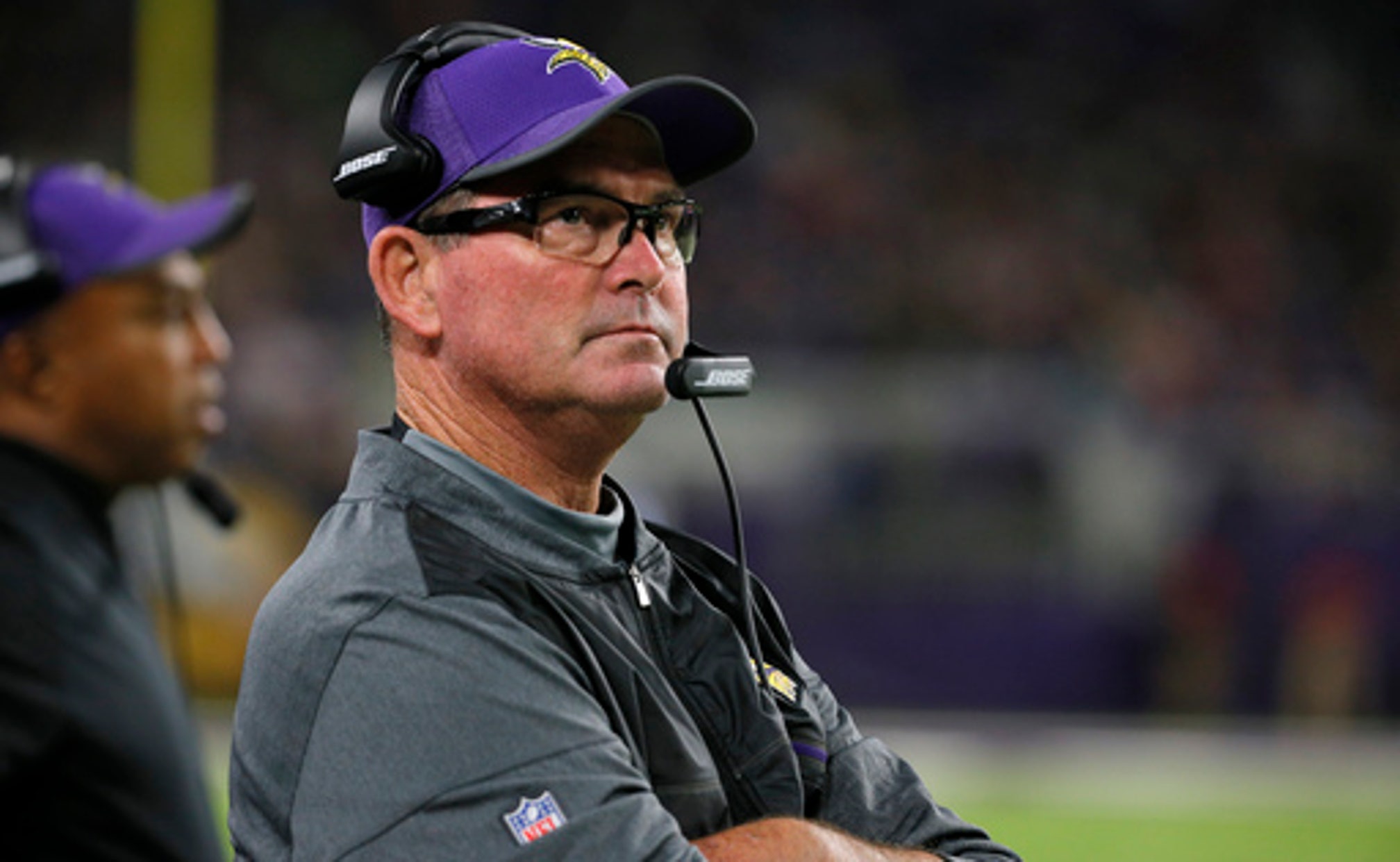 MINNEAPOLIS (AP) As if the Minnesota Vikings needed any more motivation for a turnaround, they're hosting the Super Bowl this season.

What better way for this star-crossed franchise to win its first championship than to bask in the confetti that will flutter inside U.S. Bank Stadium on Feb. 4?

''If you look at the way we started last year and the way we played last year, it shows that we can play with anyone,'' quarterback Sam Bradford said. ''I think it's just about being more consistent, which is something we lacked toward the middle to end of the year.''

That's the mystery in Minnesota, with the regular season about to begin.

Are the Vikings more like the team that won the NFC North in 2015 with an 11-5 record and then started 5-0 last season? Or is the reality closer to the group that lost eight of the last 11 games to spoil that once-promising 2016 season?

''I think we learned a lot from what happened last year,'' wide receiver Adam Thielen said, adding: ''There's a lot of hungry players on this team, a lot of guys who have been here for a long time. We want to win, and we want to win now.''

The questions the Vikings are facing entering 2017 revolve around the same simple subject as the previous three seasons under coach Mike Zimmer.

Can they score enough points, and occasionally do so by rallying from a second-half deficit, to keep a potentially dominant defense from wearing out and going to waste?

''We probably ran out of a little steam, a little momentum. That happens,'' defensive end Everson Griffen said, reflecting on the 2016 collapse. ''I think we just had a lot on our plate as a defense. We were out there on the field a lot, to be quite honest.

Here are some key angles to follow with the Vikings this season:

The Vikings allowed the third-fewest yards in the league last season and the sixth-fewest points, but as valuable and versatile as the defense was it was not above reproach for the way the team fell apart down the stretch. The Vikings allowed 403 yards in a defeat at Chicago. They missed multiple tackles on the game-ending touchdown in overtime by Detroit. They gave up 27 first-half points in a lackluster loss to Indianapolis.

Zimmer has spoken often of steering the defense to display more recklessness this season.

''It's not just play like a maniac,'' free safety Harrison Smith said. ''It's play at high level without holding much back.''

Stefon Diggs has given Bradford a legitimate go-to wide receiver, but he was limited last season by a pulled groin that lingered long after he suffered the injury in the fourth game.

Though his production when at full strength has been remarkable, the Vikings need more than 903 yards and three touchdowns from Diggs.

''Stuff like that is on me, staying healthy, staying where I need to be so I can be at tip-top shape come game time,'' Diggs said. ''Muscles should be preventable if you take care of your body.''

Laquon Treadwell's lack of production last season was troubling for a first-round draft pick. Now healthy after a variety of rookie-year injuries, he'll have an early opportunity to establish himself as a contributor behind Diggs and Thielen at wide receiver while newcomer Michael Floyd serves his four-game suspension.

''I learned over the offseason and spent a lot of time just really learning how to be a true receiver instead of just relying on God-given talent and ability,'' said Treadwell, who had only one catch for 15 yards in 2016.

With Adrian Peterson in New Orleans, the backfield belongs to rookie Dalvin Cook. He'll be asked to help revive a running game that ranked last in the league last season, sputtering behind a struggling offensive line.

''He's just really sharp,'' Bradford said. ''Mentally, for him to be able to come in and grasp everything that we've asked him to do and asked him to learn, I think that's been one of the more impressive things about him.''

The Vikings have an entirely new offensive line, with Joe Berger, who moved from center to right guard, the only returning starter. Zimmer has said he believes the group has improved.

''But the proof has got to be in the pudding,'' he said. ''I thought we were going to be better last year and we, obviously, had a lot of different things happen. We weren't anywhere where we needed to be.''