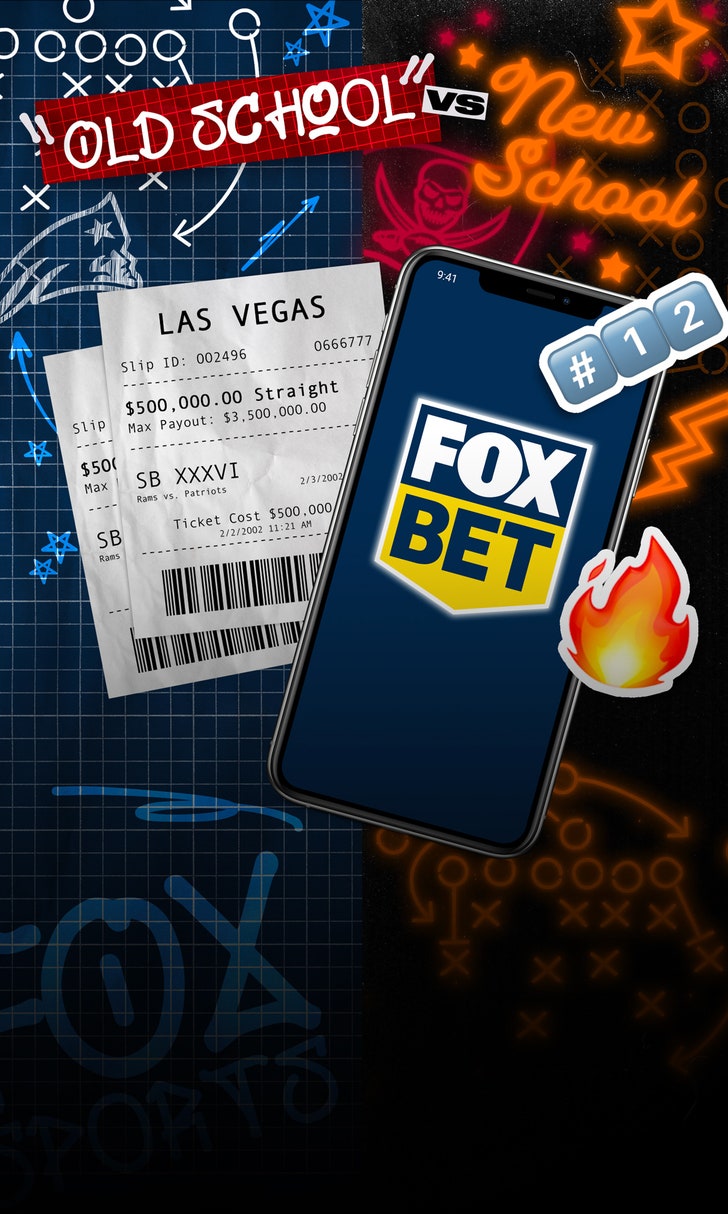 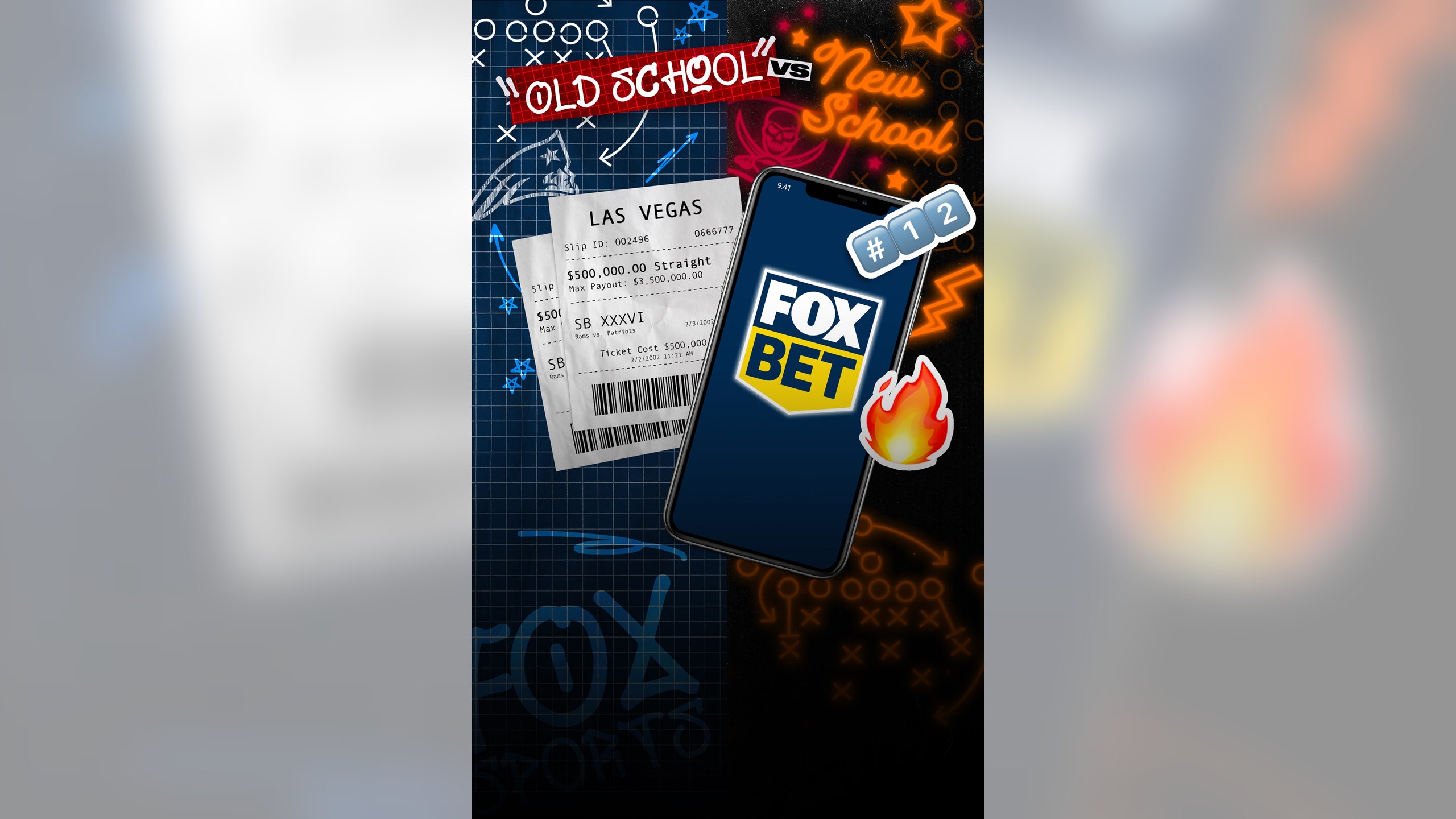 How sports betting has changed completely over Tom Brady's career

It has been almost two decades since fresh-faced second-year Patriots quarterback Thomas Edward Patrick Brady did the unthinkable in Super Bowl XXXVI.

After a late touchdown pass by St. Louis Rams quarterback Kurt Warner, New England got the ball, tied 17-17 with 1:30 left to go and no timeouts. Brady led the offense down the field to set up Adam Vinatieri’s game-winning, 48-yard field goal to give the Pats a 20-17 victory and one of the largest upsets in Super Bowl history.

New England was a 14-point underdog in the game and as high as +750 to win outright, meaning a $100 New England moneyline bet won $750 and paid out $850. (For reference, the Kansas City Chiefs are 3-point favorites against the Tampa Bay Buccaneers in Super Bowl LV, and the Bucs are +135 on the money line, according to FOX Bet.)

Those long-shot odds tell you everything – bookmakers didn’t give the Patriots a chance in hell to win the game. That +750 moneyline price implies just more than 10% probability of winning. Even that seems sort of bloated, given what the Pats were up against.

"I didn’t like Brady," esteemed Las Vegas bookmaker Robert Walker told FOX Sports. Walker has seen more than his share of wagering on the future Hall of Famer; he ran the illustrious sportsbook at the Stardust in the 1990s, later managed all the Mirage properties and currently serves as the director of operations for US Bookmaking.

"I was a Bledsoe guy," Walker continued. "He’s from Walla Walla, Washington, which is 40 miles from where I grew up. Brady wasn’t even that good in college. He was nothing special. There was no way to know what he would become. I couldn’t have been more wrong.

"But the Patriots' upsetting the St. Louis Rams [in Super Bowl XXXVI] was a great result for our shop. We took a $4.6 million Rams moneyline bet at the Mirage."

The world sure has changed since Brady came onto the scene – and it’s more than his relocating from Foxboro to Tampa Bay. The sports betting space has absolutely exploded.

Legalized sports betting is now operational in 20 American states and Washington, D.C. Some industry experts believe that number could rise to 30 states by the end of 2022 and be close to 40 by 2025.

"When Brady entered the NFL, sports betting was relegated to Nevada only," legendary Vegas bookmaker Art Manteris, who has worked in the sportsbook industry for 40 years and is currently the vice president of race and sports operations for Station Casinos, told FOX Sports.

"We had a stranglehold at that time," Manteris remembered. "There were a couple very minor one-offs. Delaware and a few other states had a few things available, but they didn’t have full-bore, single-event sports betting like Nevada. Obviously, that has changed in the last few years with the repeal of the Professional Amateur Sports Protection Act (PASPA) in May 2018.

"The only type of remote wagering available back when Brady started was a phone call-in system. You would literally call in to a ticket writer who would accept your bet, and that audio discussion would be recorded to serve as proof of that wager. There were no apps. We didn’t know what an app was."

In those days, the best apps in Vegas were foie gras, Oysters Rockefeller, shrimp cocktail and steak tartare. Now every sportsbook has a smart phone app through which customers can place their bets anywhere inside state lines. The implementation and utilization of mobile wagering changed the game forever.

Gaming boards in states such as New Jersey and Pennsylvania are consistently reporting that more than 85 or 90% of their legal sports bets each month are placed on a mobile device. It’s the way of the future.

"We always knew mobile betting was going to be huge; we just didn’t have the technology," Walker quipped. "When we first started mobile, you needed to have a beeper – and the signal was so weak, we knew you were in Nevada. That’s how bad it was."

"In today’s world, the mobile sports betting app is such a significant part of our business," Manteris said. "Retail business is still a big piece here in Nevada, though. We have big, beautiful sportsbooks, and I’ll always maintain that there is no experience like being in a Las Vegas sportsbook for a big event. The books are the best sports bars in the country on steroids: the biggest screens you can imagine, the best audio systems and the best service."

Live betting or in-play wagering is another revolutionary piece of sports betting. When Brady started, you could place a bet only before a game or at halftime. Now, you can fire at pretty much any moment of any game at many sportsbooks.

"It was a game-changer," Manteris declared. "But I was skeptical at first. I started to learn about in-play wagering taking root in Europe about a decade ago. It appeared to me that the games that were drawing lots of betting interest were European sports, not American sports.

"So I went to London and went to an Arsenal-Manchester United match. Packed crowd, exciting atmosphere. They had betting terminals in the stadium, which was fascinating. People were betting like crazy. I sat there with my wife and kid through the whole game, and it ended 0-0. And I thought to myself, ‘If I was booking this game in-play, I could take a nap and nothing would ever change.’ Now that’s obviously an exaggeration, but I was not optimistic that U.S. sports would be compatible with in-play wagering the way that European sports were.

"That has proven to be untrue over time. People do like watching the game and getting a feel for what’s playing out on the field and how they think the rest of the game is going to go. There is clearly interest in the space. I’m glad to have been wrong in my early thinking."

"All the European platforms have been doing it for years with in-game soccer," Walker said. "There’s more money bet on in-game soccer than there is pre-match, which we’ve never seen before in Nevada.

"And the algorithms and data feeds will definitely get better. I don’t even think we’re in the top of the first inning when it comes to in-game wagering. There’s a long way to go. What you see today is going to be way different five years from now, if not sooner than that."

Another new-school facet of sports betting is the ever-growing propositional betting menu. I’m almost positive that I’ve pored over 2,500 prop bets for Super Bowl LV in the past week. You can wager on almost anything these days. How long will Patrick Mahomes’ first rush be? Will Tom Brady throw 40 passes? Will there be a missed extra point?

"Props are a beast, especially in the Super Bowl," Walker said. "And they’ve exploded over the last 20 years. We’ve been hot and heavy into the props since the turn of the century.

"I kind of resisted it for a while. There weren’t a lot of props in Vegas, [then] all of a sudden, it turned into this insane race to have more props than our neighbors. Westgate took that to the extreme by posting all their cross-sport hockey and basketball props. We got caught up in that wave, too, but a lot of those props were frivolous. People weren’t that interested in lots of them.

"The reality is the more props we put up that the public doesn’t care for, the more likely we’re taking only professional money and we’re likely going to lose. It’s all a learning process.

"When you’re running the MGM/Mirage and managing 13 major properties, and you’re only writing 10 total tickets on a prop, nobody cares about it. It just doesn’t resonate, so we’d take it off the next year. And I stopped getting too creative or cute because I’m just not that bright. There would be professional bettors that would come in and play a prop, and I knew immediately that we made a mistake.

"Because we make mistakes when we do props."

I’ve got old-school and new-school bookmaking connections. A quick straw poll among the guys behind the counter computes the same thesis: Las Vegas sportsbooks do not have the strongest track record against Brady in Super Bowls.

"Brady has driven me crazy all these years," Manteris admitted. "There are two athletes throughout their careers that have done that. The first is Evander Holyfield. I loved Evander as an athlete. I admired his training and determination and guts. But I zigged and zagged the wrong way his whole career, between the Tyson fights, the Riddick Bowe fights and the Michael Moore fight. When I needed him to win, he didn’t, and when I needed him to lose, he didn’t.

"Brady is the same in big games. I finally needed him to win in the ‘helmet catch’ Super Bowl against the New York Giants, and they blew it. Then against the Falcons a few years ago, when they were way down and came way back in the fourth quarter. They were down 28-3. We thought we were winners, and we got crushed. I have not done well against Brady. He’s cost me so such heartache over the years."

"We took our biggest losses when the Giants upset them both times," Walker added. "Normally we need the favorite to win but not cover. We don’t usually do well if the dog wins outright. When the Patriots were 18-0, that was probably the biggest loss we ever had on a Super Bowl."

Finally, I did my best to set a line on the age of Brady’s retirement. He turns 44 in August, so I set the line at over/under 44.5 years old, with juice to the under; FOX Bet, meanwhile, has the over/under at 1.5 more seasons played for Brady, at -110 on either side.

"If he wins this year, he’s gotta leave," Walker opined. "This is a brilliant run. Why not go out on top? Very few people get to do it. If he loses, depending on how it plays out, he’s got one more year. He’s still really, really good. He just slows the game down so well. If he wins, it would be a brilliant time to go.

"Either way, we will never see another Tom Brady. It’s one of the most remarkable sports stories of all time."