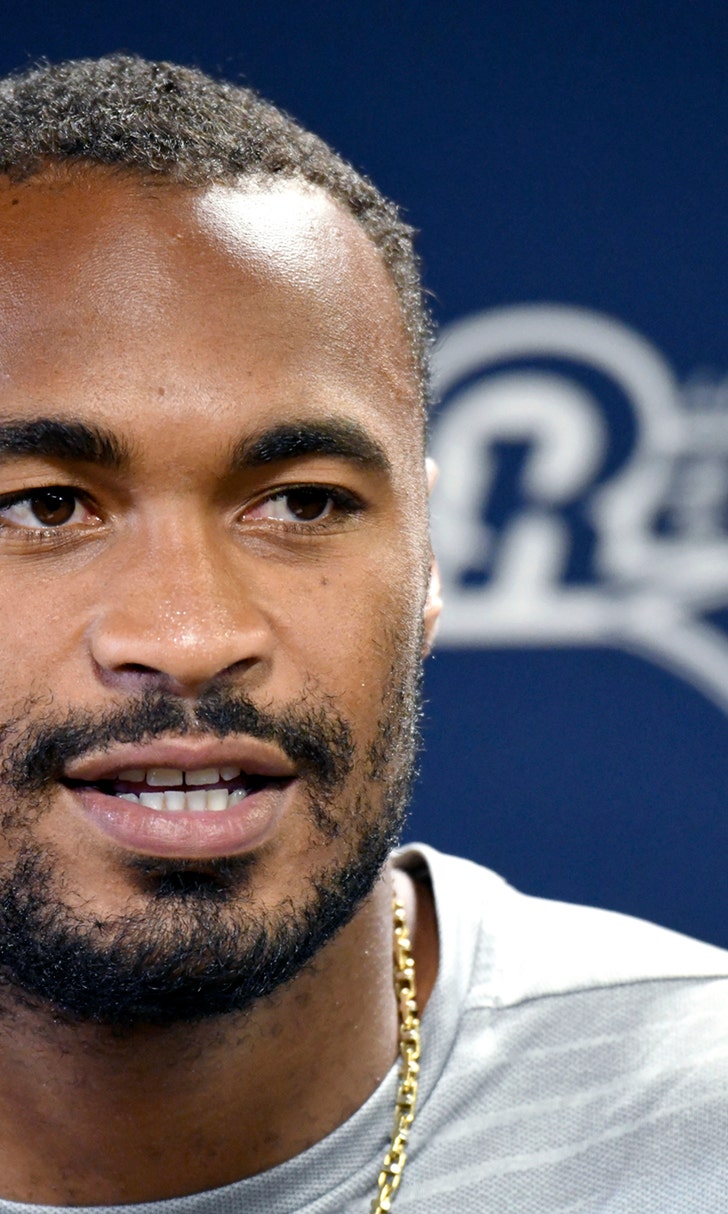 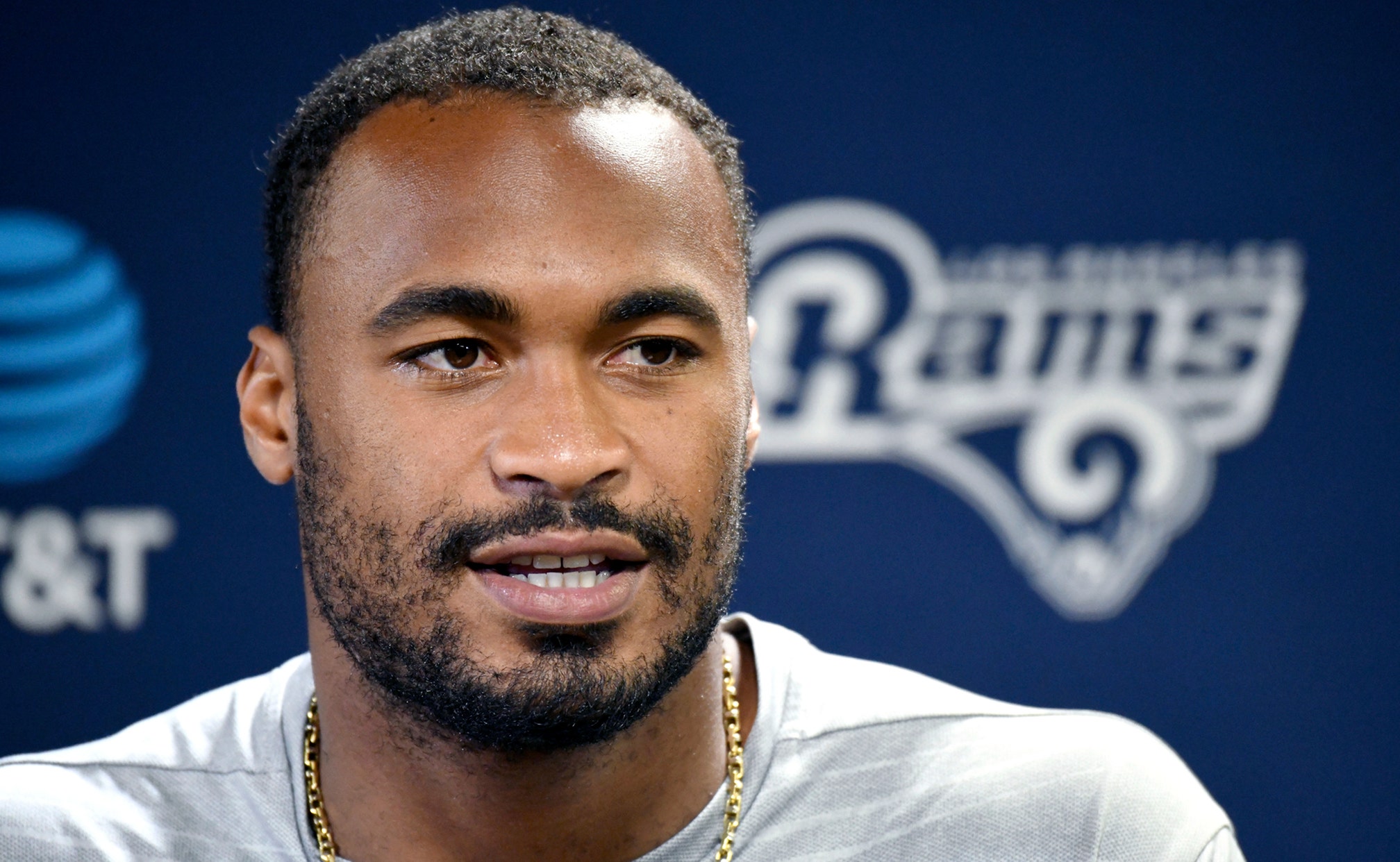 "Stop crowning us!" 4-0 Rams shrug off hype, focus on 'Hawks

THOUSAND OAKS, Calif. (AP) — The Los Angeles Rams realize they're a popular Super Bowl pick after their spectacular first quarter of the season. Pundits, fans and other teams seem to be lining up to praise them.

While they appreciate the respect, this is a profoundly weird experience for any Rams who were around even two years ago for the franchise's less-than-glorious return to LA after a decade of losing in St. Louis.

This team doesn't have much experience in being the favorites for anything, and the Rams are wary of the role.

"I hate it," said Michael Brockers, who has been on the defensive line for seven years.

"I hate looking at 'SportsCenter' and they've got you at the top of the power rankings," Brockers added with a smile. "It's just like, you know, stop crowning us! For me, I'm a humble guy. I don't want to be crowned. I always want the attitude of being the hungry dog, being the underdog, because you almost seem to be more hungrier when you play like that."

Nobody with any experience in the Rams' locker room has forgotten that this franchise is just one year removed from streaks of 13 consecutive losing seasons and 12 consecutive non-playoff seasons. Humility is relatively easy with that struggle still on their minds, according to the players and coaches who went through it.

Jared Goff doesn't even turn 24 until next Sunday, but he remembers going 0-7 as a rookie starter for the hapless Rams of 2016.

"I don't think we're getting any bit caught up in anything," said Goff, who's second in the NFL with 1,406 yards passing after his outstanding effort against Minnesota. "I think a lot of people on this team, being part of that team two years ago, understand how easy it is to be on the other side of it, and you don't ever want to go back there. You understand the work that needs to be put in to stay where you're at."

Receiver Robert Woods said it's "easy" to ignore the attention the Rams (4-0) are getting.

"It's just buzz," he said. "It's just noise. We've been on both sides. We've been not talked about, and now we're being talked about, but it's really just focus. We know how it goes. We had a great year last year and fell short, and I think this year the team is just focused. No outside distractions. Don't blink. Just focus on one goal."

Los Angeles was revived last season by coach Sean McVay, going 11-5 and winning the NFC West before losing its playoff opener. This season's team appeared to be even stronger on paper — and through four games, that's exactly what it has been.

The Rams lead the NFL with 468.5 yards per game of offense, increasing their total every week. Only five teams have allowed fewer points than the Rams, and their special teams have thrived despite losing two of their four Pro Bowl selections to injury.

The rest of the football world can get excited about the Rams, but McVay reflexively downplays any idea that they're a Super Bowl favorite.

"I have no doubt that we have the right kind of guys in our locker room that know it's about earning it every single day," McVay said. "They are confident, but like we've said over and over, there's a humility that exists."

Along with the respect they've garnered, the Rams' 15-5 record over the past 20 regular-season games has turned them into a target for opponents, who realize they're facing one of the NFL's best.

The power shift in the NFC West could be cemented this weekend if the Rams can win in Seattle for the second straight season. The Seahawks had won eight division titles in 13 years before Los Angeles shoved past them last season, but the Rams only spoke of the Seahawks with immense respect Wednesday.

"Being hunted, I don't think that bothers us," Brockers said. "Because we've been underdogs for so long, so our mentality isn't even that we're that good. We've won some games, but we know we can get better."

Attention has even darker aspects for professional athletes: Woods' house was burglarized last Thursday while he was playing against the Minnesota Vikings. Police arrested four suspects Tuesday in connection with that crime and a series of planned heists at celebrities' homes.

"It's an unfortunate event, but I'm happy they caught them," said Woods, a native of the Los Angeles suburbs. "I'm happy nobody got hurt. I guess it's LA territory."

The Rams Are Rollin' In The NFC West
Jared Goff and the Los Angeles Rams are shining bright at the perfect time of year, Martin Rogers writes.
17 hours ago

Rams Defense Dominates Brady On MNF
The clutch Brady of old was nowhere to be found Monday. Instead, Sean McVay's squad simply made the Bucs QB look old.
4 days ago