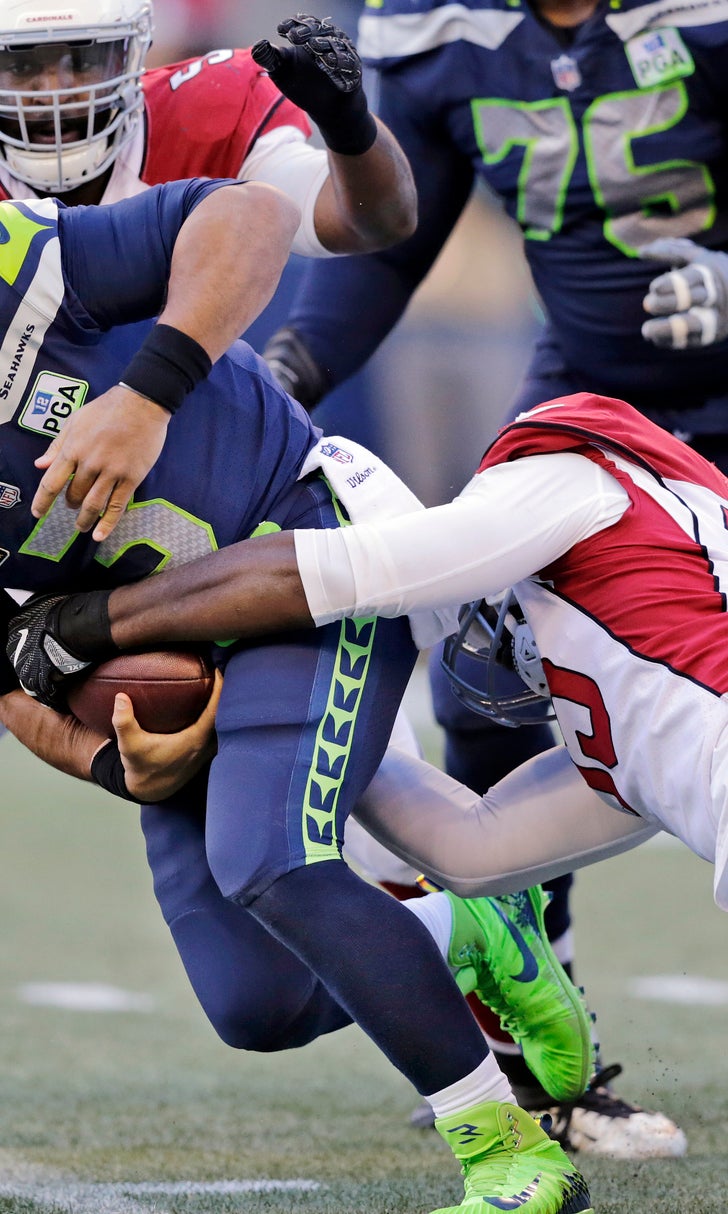 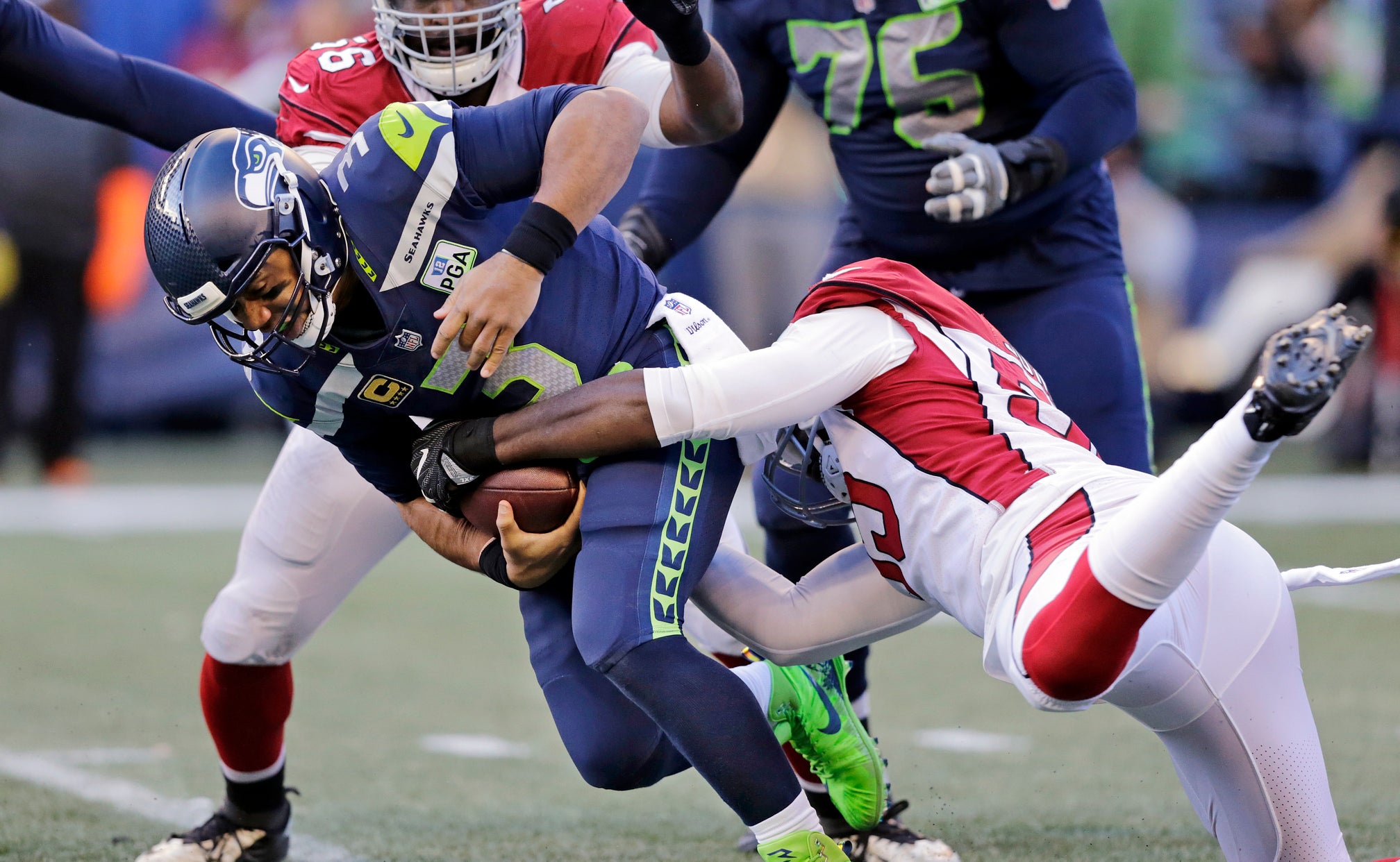 RENTON, Wash. (AP) — Considering the expectations before the season started, maybe the Seattle Seahawks didn't need to be so critical of their final regular-season performance before returning to the playoffs.

One of the major accomplishments in Seattle's 10-win season was re-establishing team standards for achieving success. And while that wasn't always evident in the win over Arizona, the Seahawks did get a clearer idea of where they need to be better facing Dallas in the NFC wild-card game Saturday.

"It was good for us to be able to go through something like this in the last game in the season, especially against a divisional opponent before we go into the playoffs," wide receiver Tyler Lockett said. "You never know what's going to happen. All you can do is go in prepared, but nobody can be able to prepare for something that is going to happen like this."

The finale against the Cardinals was sloppy and underwhelming, but perhaps it was to be expected. Seattle's playoff spot was already wrapped up. They clinched the No. 5 seed and a date with the Cowboys without needing the victory thanks to Minnesota's loss. As veteran wide receiver Doug Baldwin noted, human nature has a tendency to take over at some point.

But there were other reasons the victory was so unsightly.

— The offensive line saw significant shuffling due to injuries to guards D.J. Fluker and J.R. Sweezy and that led to some communication breakdowns that allowed quarterback Russell Wilson to get hit often. Wilson was sacked six times — the most since Week 2 against Chicago — after only being sacked 16 times in the previous six games.

— Seattle's punt team allowed two blocked kicks. One was partially deflected and only went 21 yards, while the other was swatted and recovered for an Arizona touchdown. It was the first punt block for a score against the Seahawks since 2014. Coach Pete Carroll said during his weekly radio show on KIRO-AM on Monday morning that his special teams group asked to have a separate meeting prior to the full team meeting to go over the issues.

— And the Seahawks revisited familiar territory since Arizona regularly gives Seattle trouble. Arizona had won three straight in Seattle and five of the previous six games between the teams have been decided by six points or less. The other finished in a 6-6 tie.

"They're not going to let you walk out of the game with an easy game. No matter what the record depicts," Seattle defensive end Frank Clark said. "That's history between everybody. Every time we play Arizona it's always a battle. We go there and they come here, it's always a tight one."

Seattle believes at least one of those problems from Sunday should be resolved with the expected return of Fluker against the Cowboys.

Fluker could have played against Arizona but was a spectator as Seattle moved Germain Ifedi to guard and played George Fant at tackle. Fluker's return would allow Ifedi to move back to tackle and Fant to return to his role as an extra tight end.

There is less optimism about Sweezy. Carroll said he received a "good report" about Sweezy's recovery from a sprained foot but it will likely be a game-time decision on whether he can play.

Seattle also has concerns in the secondary with safety Tedric Thompson and cornerback Shaquill Griffin both dealing with ankle injuries.

Thompson missed his second straight game Sunday — he missed Week 16 with a chest injury then had an ankle injury. Griffin twisted his right ankle in the first half against Arizona and never returned.

Carroll said while Griffin seemed fine after the game, the early report Monday was that his ankle was stiff.

Akeem King saw extensive snaps with Griffin out against Arizona, while Delano Hill has stepped in at strong safety with Bradley McDougald at free safety due to Thompson's absence.

"He's still young and some plays get away from him but his toughness and aggression and style, and he's always been a great tackler," Carroll said of Hill.

A Perfect Storm
A backup quarterback. Costly turnovers. Defensive capitulation. Anything that could go wrong for the Cowboys on Monday, did.
1 day ago

Cowboys Drop The Ball Against Cardinals
A nightmare season for Dallas continued on Monday Night Football, as Arizona capitalized on multiple miscues for the win.
2 days ago
those were the latest stories
Want to see more?
View All Stories
Fox Sports™ and © 2020 Fox Media LLC and Fox Sports Interactive Media, LLC. All rights reserved. Use of this website (including any and all parts and components) constitutes your acceptance of these Terms of Use and Updated Privacy Policy. Advertising Choices. Do Not Sell my Personal Info