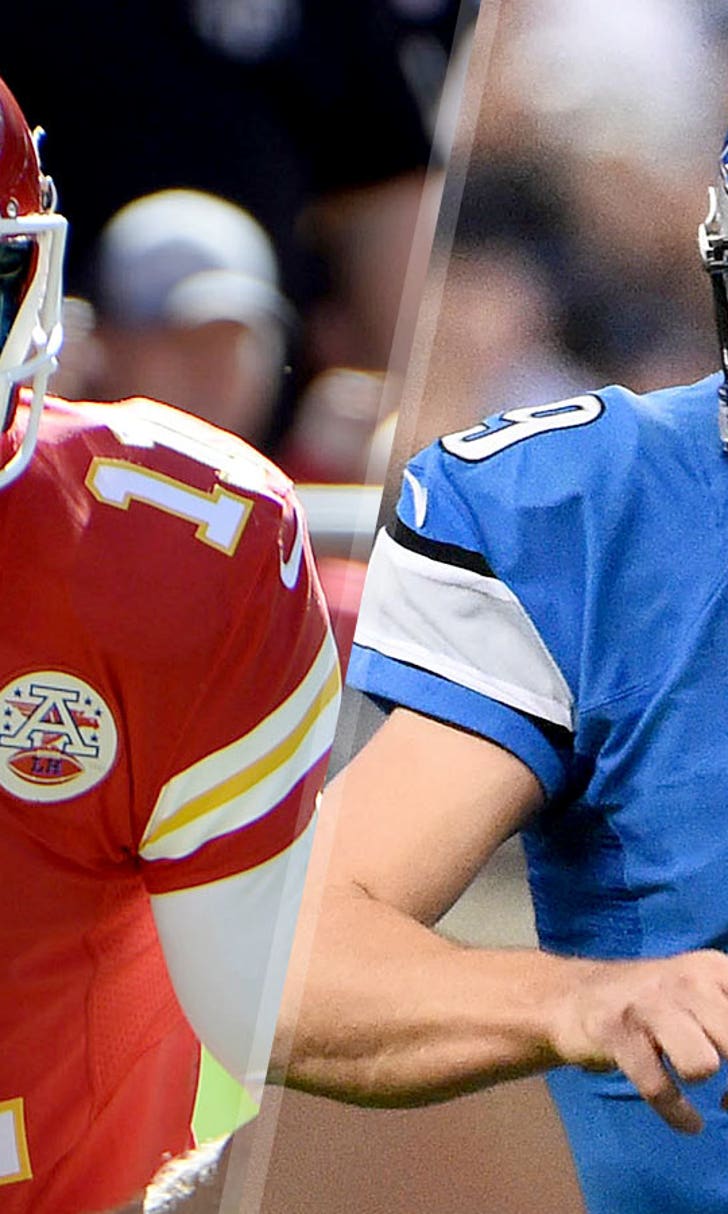 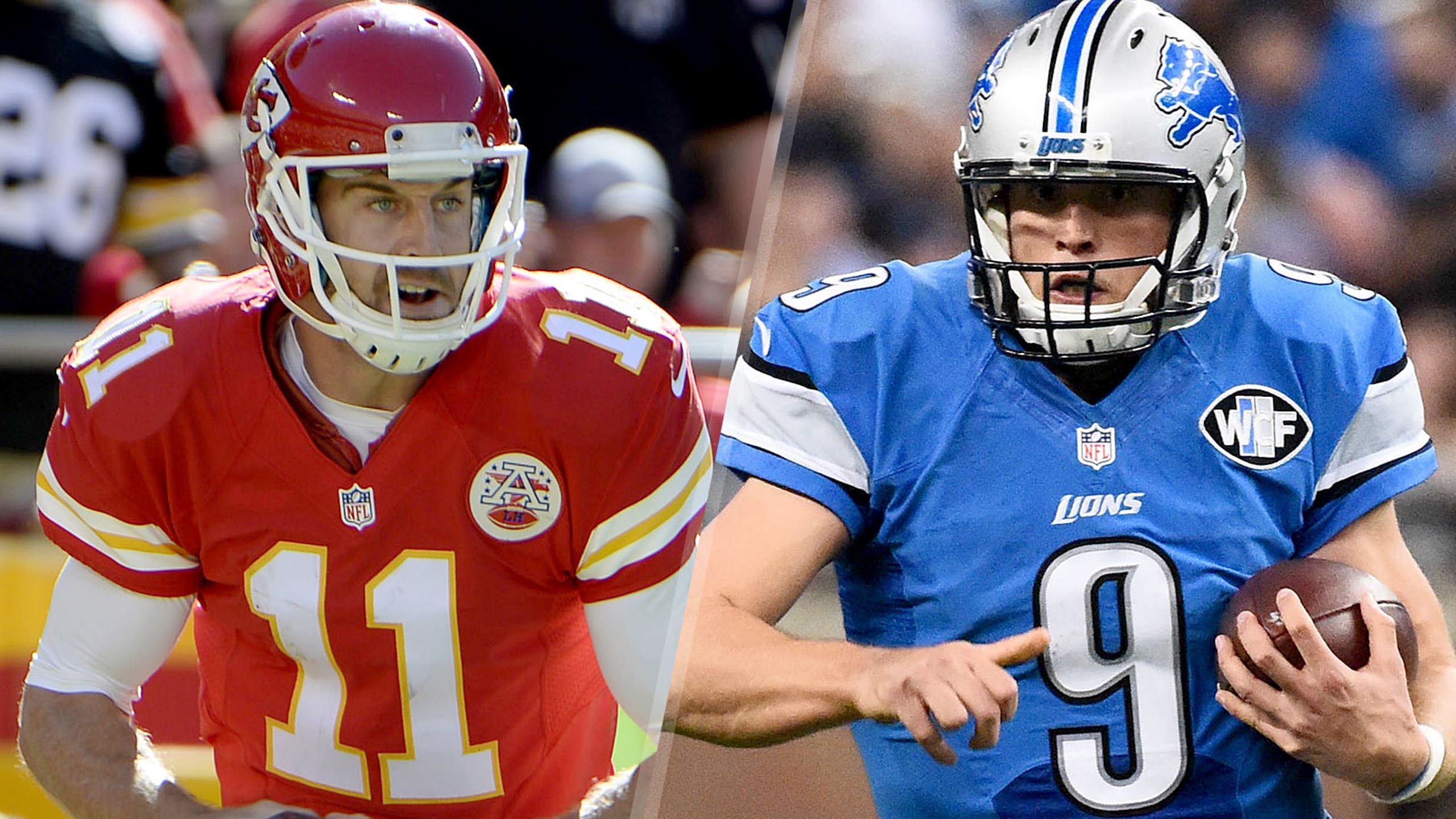 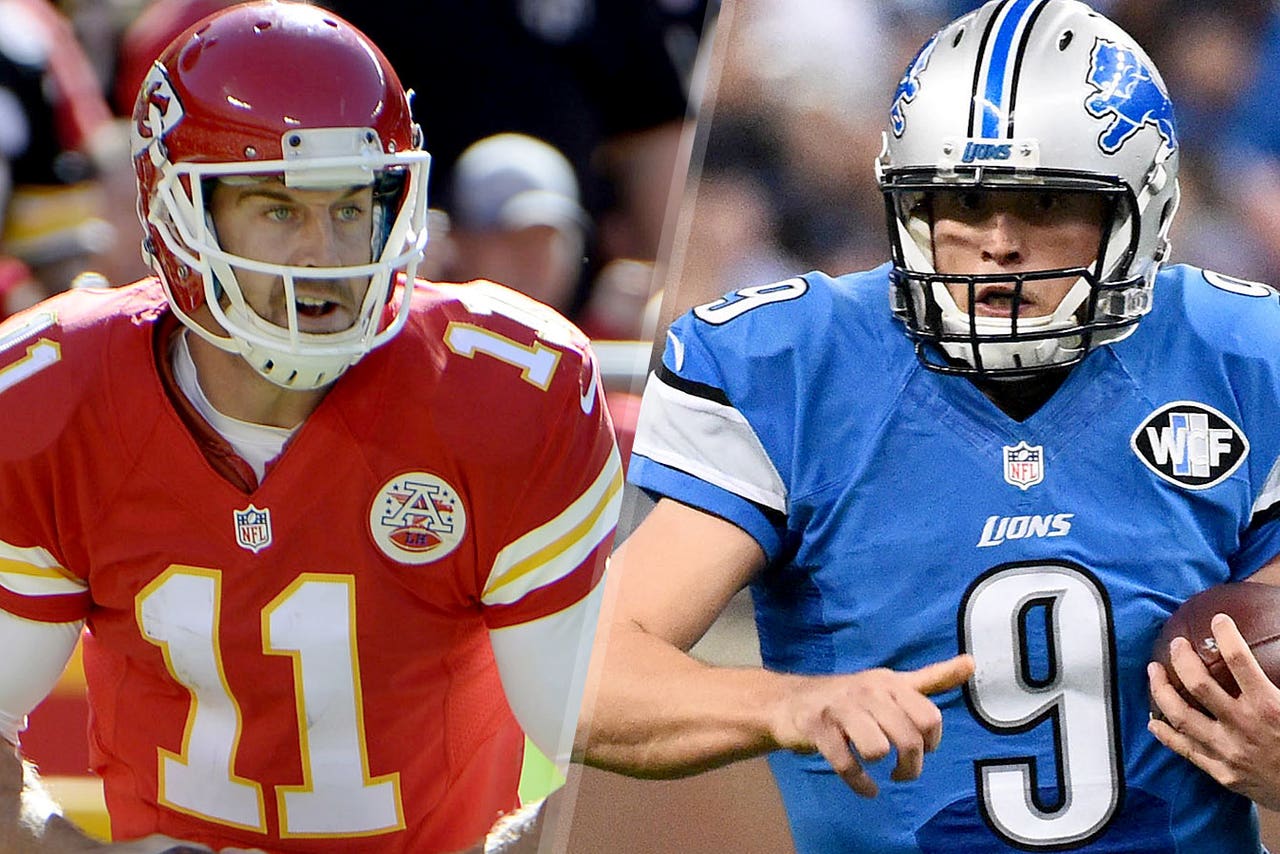 The Kansas City Chiefs (2-5) look to piece a winning streak together across the pond when they face the lowly Detroit Lions (1-6) at Wembley Stadium in London on Sunday morning. It'll be the NFL's third international game this season.

All hasn't gone well in Detroit. The Lions fired offensive coordinator Joe Lombardi and two other assistant after a sluggish start. They've been unable to protect quarterback Matthew Stafford -- a task that won't get any easier with Chiefs edge rusher Justin Houston barreling down.

Here are three keys to the game for both the Lions and Chiefs.

1. Regroup and discover an identity on offense

The Lions made a major coaching change this week, as offensive coordinator Joe Lombardi was fired and quarterbacks coach Jim Bob Cooter was named as his replacement. Through seven games under Lombardi, Detroit averaged 19.9 points per game (29th in NFL). Cooter should try to revive the team's running game, which ranks dead last in the league, as a way to get something going for the Lions on offense.

Matthew Stafford was eaten alive by Minnesota's defensive front last week, as he weathered a season-high seven sacks. This onslaught of the quarterback directly led to Lombardi's firing, as well as the firing of two offensive line assistants. If the Lions' coaching staff wants to avoid any more pink slips, Detroit had better send extra pass-blocking help against proven pass-rushers in Houston and Tamba Hali.

Kansas City lost a solid chunk of their offensive production when All-Pro running back Jamaal Charles (knee) was lost for the season a few weeks ago. Charles' replacement, second-year running back Charcandrick West, helped the Chiefs snap a five-game losing streak with 110 yards on 22 carries in a win over the Pittsburgh Steelers last week. The Lions must expose West for what he really is: a former undrafted free agent who spent most his rookie season on Kansas City's practice squad.

1. Give Sean Smith some help on Megatron

Poor Sean Smith. The Chiefs' top corner was undressed by Antonio Brown on some routes last weekend, and now, he's flying all the way to London for a game against Calvin Johnson. He can't draw that assignment alone, so safety help is a must.

Andy Reid mixed and matched players on his offensive line in Week 7 and the results were magnificent. That same group will trot out against an underrated Lions defense this week. Expect Charcandrick West to see as many, if not more carries than he did vs. Pittsburgh (22).

It's no surprise the Chiefs are 24th against the pass this season. Justin Houston, their newly-minted $101 million linebacker, has only four sacks through seven weeks. He'll look to earn that pay raise against an offense known league-wide for terrible blocking. The 20 1/2-sack player might show up in London.